“It’s ten p.m. Do you know where your children are?” Yeah – they’re just sneaking out of the house to hear some rock n’ roll! I despised that TV message introducing New York’s Ten O’ Clock News – because it would trigger mom’s thoughts about my possible whereabouts. I was either in my room in the suburbs listening to the same song or album over and over in ecstasy, or illicitly out at a rock concert in New York City!

When I should have been playing with dolls, I was rockin’ out with the New York Dolls! It was a rare privilege to see the New York Dolls in their glory days – in February 1974. An older neighbor offered to baby-sit a friend and myself, (we were fifteen) and took us to the show. His name was Michael, and he was very cool. He had long hair, was into Lou Reed, had been to Woodstock and he had a car!

The Dolls concert – billed as The St. Valentines Day Massacre – was a wonderful treat for a kid in New York City. The show was at the Academy of Music (before it was called the Palladium). The lobby was filled with beautiful glittery young boys in drag, glam rags and glitter on their naked, hairless chests, stardust running down their cheeks – a patent leather paradise! There were several really attractive transvestites all glistening and lighting up the night.  I loved the Dolls’ look; so outrageous, camp and trashy in their Glam parody, but mostly because they were still just adorable mischievous boys in makeup. And can we talk about the hair? The ozone layer’s first hole appeared in the early 70’s, all to keep some really spunky, high hairdos in place. The Dolls used more hairspray than the Ronettes! 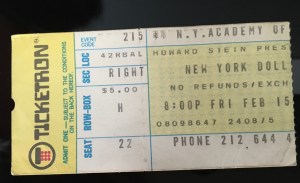 We left our ‘babysitter’ Michael to his misery with his girlfriend, and us kids ran down the aisle right to the front of the stage, just as the lights went down. After a newsreel montage of Hitler’s army invading France, Bob Gruen’s black & white film Lipstick Killers (the name of the gang was taken from the 1956 Fritz Lang film While the City Sleeps) appeared onscreen. The film features the Dolls as glam gangsters. In a series of close-ups, each one of them applies lipstick in preparation for their next crime.  As we were all entranced by the film, an usher told us to move aside because the band would be coming down the aisle. We didn’t believe it, but soon we had the Doll boys pushing right past us as they jumped onstage! 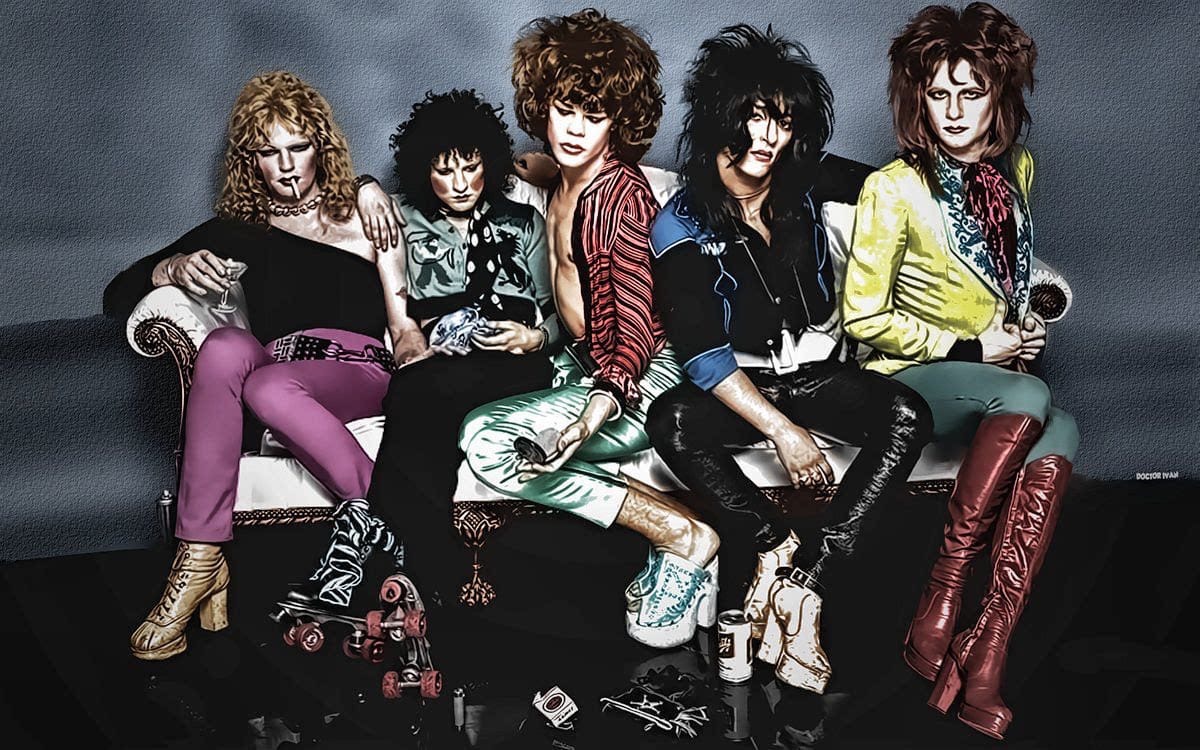 I vividly recall being airborne – jumping on the seats in time to “Jet Boy”, the unmistakable pink Dolls drum set, Jerry Nolan’s machine-gun rhythms, the simplistic yet heart-wrenching guitar solos by Johnny Thunders in his tight yellow pants and gigantic teased up hair-do, and the camp, raspy vocals of David Johansen. Tres chic! An audience member handed David a sheer black blouse, and he wore it during the encore. I don’t know if it was a random occurrence, or if his ‘stylist’ was in the audience! Three encores later, we were severely transformed, and our ears rang all the way home!

Besides “Personality Crisis” and “Frankenstein”, “Puss In Boots” was always one of my favorite Dolls songs. I envisioned it being about a rhinestone cowboy in high- heeled boots because of the lines, ‘And now you’re walkin’ just like you’re ten foot tall / Don’t ‘cha know the shoes are makin’ him lame…’ Can you picture it?! A glammed up drunken cowboy tripping on his shiny platform boots while some guy shoots at him!!! I love Johnny’s intoxicated, wobbly guitar solos. It sounds like he’s tipping over on his platform shoes like the cowboy in the song – as he bends the strings just out of reach of ‘in tune’! It’s so ridiculous and beautiful at once! Johnny was such a doll! Creem magazine’s readers voted the Dolls simultaneously as the best AND worst new band of 1973. The band proudly declared this fact in their tour advertisement! 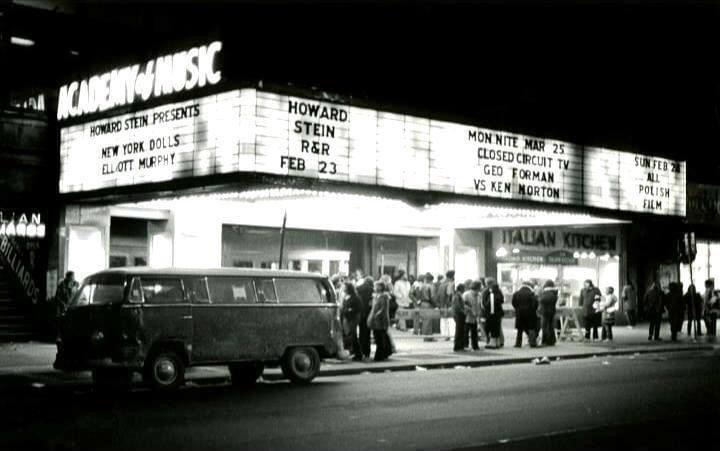 The debate about who inspired punk rock rages on, but the Dolls must have unwittingly been mainly responsible. After all, Malcolm McLaren literally molded the Sex Pistols after the New York Dolls. And the world wasn’t ready for the Pistols either! Todd Rundgren’s production of the Dolls’ debut LP gave it a slightly polished garage sound. It was exactly like John Lennon described Glam Rock; “It’s Rock n’ roll with lipstick on!” It’s a shame that the band only made two studio albums. Their red patent leather Commie look was stunning, and a controversial third Dolls album would have been red-hot!

How wonderful that the New York Dolls re-united in June of 2004 for Morrissey’s Meltdown Festival in London. Thirty years on, and only three remaining original members, but it was still a blast. They performed “You Can’t Put Your Arms Around A Memory” for their lost comrades, not knowing that another would be gone in only a few weeks – just short of a scheduled gig in New York.

“Time, in quaaludes and red wine, demanding Billy Dolls and other friends of mine. Take your time…” Billy Murcia was the first to go. Then Johnny, Jerry, and Arthur (Killer) Kane. Die young, stay pretty.

It’s amazing that Johnny had nine lives and lived as long as he did, but when he died in April, 1991 at age 38 it was still a tragic shock. I attended Johnny’s wake, and he looked so beautiful lying there, like a porcelain Japanese doll with his spiked jet-black hair. His face looked flawless, angelic – serene. Sure, they had to put lots of makeup on him to hide the scars (and he was damned proud of those scars – he rocked hard for them)! The multitude of guitar-shaped floral arrangements, banners which read, “You Can’t Put Your Arms Around A Memory” (a song Johnny co-wrote with Ralph Kramden). Aerosmith’s Steven Tyler sitting there crying with his head in his hands and sobbing, “This could have been me!” were poignant reminders of what a waste this really was, and how sad. Poor Johnny survived New York City and London, but met his fate in New Orleans. Heartbreaker.

When visiting Rome in October of 1993, I saw some interesting graffiti. Spray- painted on the wall of an ancient marble ruin –  three words, “New York Dolls!” The Elvis graffiti all over Europe didn’t impress me at all, but this really spoke volumes.

The New York Dolls are reunited every night, whenever I need to hear them, in my headphones, on my iPod, in the photo in front of Gem-Spa wearing tight shiny pants and boots that’s etched into my mind forever. And it is pure elation having them with me always – from my childhood to forever. Rock on David and Sylvain! Rest in peace Billy, Johnny, Jerry and Arthur. Take good care of each other.

P.S. – Love to Cyrinda Foxe – another beautiful doll who left us ‘too much too soon’.

Listen to this Montreal radio broadcast of a live gig in 1974!
This is so bad that it’s glorious!
(It’s good/bad but it ain’t evil!)
And there’s a sax wailing throughout! Sounds like Andy MacKay or Steve McKay wandered onto the wrong stage!
‘Puss In Boots’ sounds like ’Sea Cruise!’
https://youtu.be/RLE1L9dKIAY 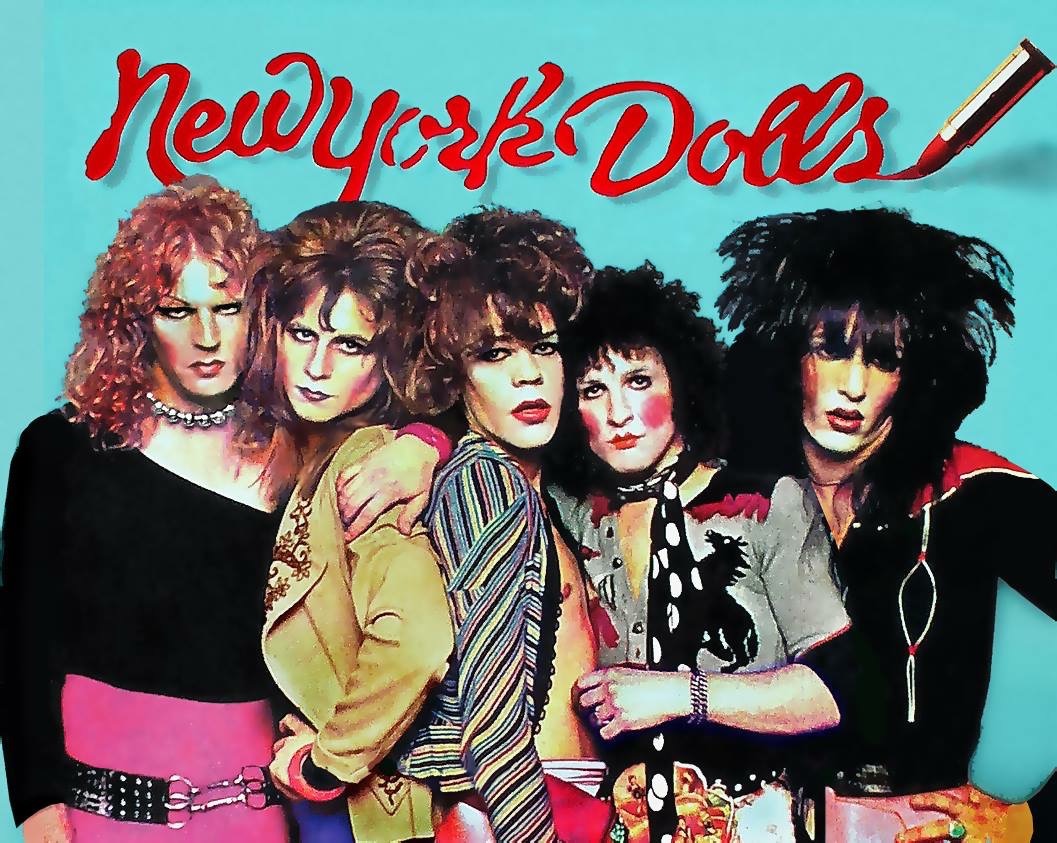 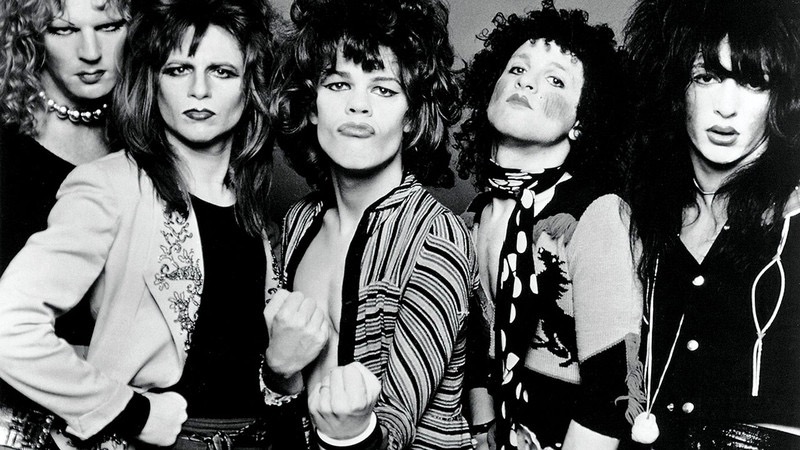 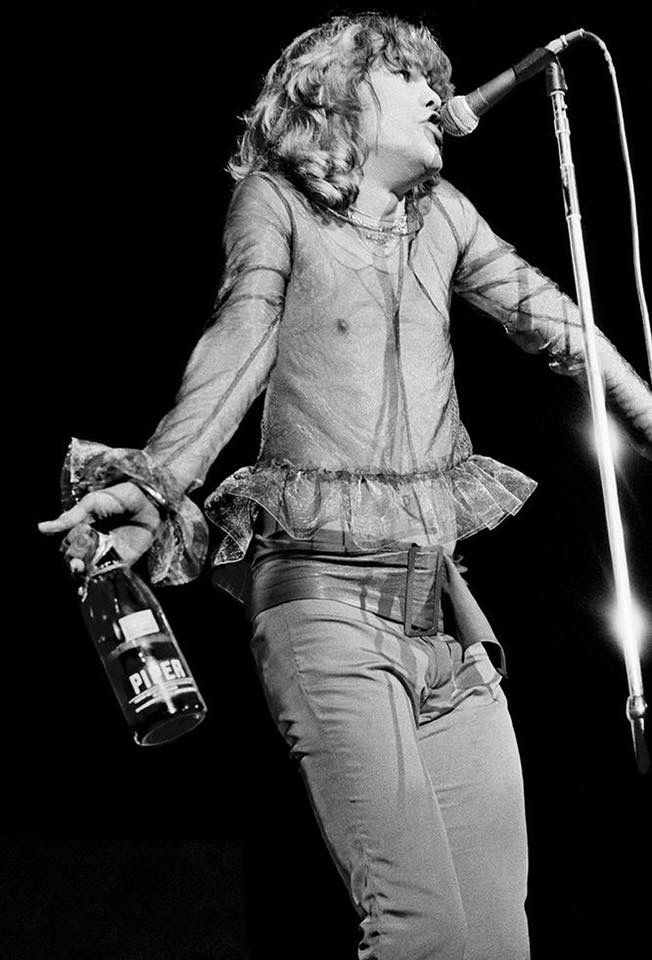 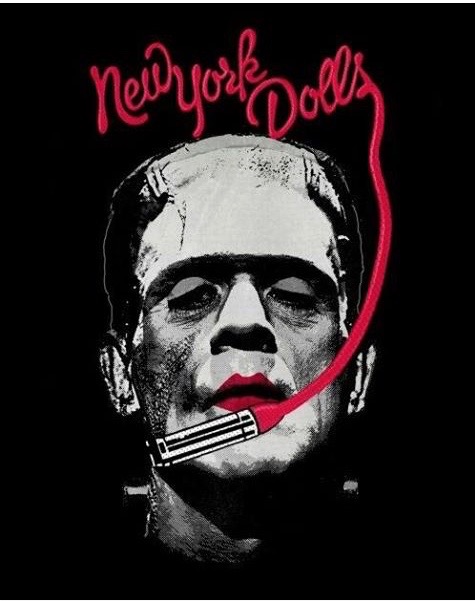 7 thoughts on “It’s Rock N’ Roll with Lipstick on! Remembering… the New York Dolls With L-U-V!”