The new restoration is incredible! I attended the one night only showing on the big screen in NYC. Imagine is such a great video album – one of the earliest ever made. I have been watching various blurry versions of Imagine for decades, ever since John and Yoko premiered some clips on The Mike Douglas Show in 1971. I never thought it could look and sound so much more wonderful! The sound was in Dolby Atmos (whatever that is, it sounded amazing)!

As John and Yoko approach the beautiful Tittenhurst Park, their pure white dream home in the morning mist, we hear the clarity of their footsteps in the crisp leaves and the chirping birds. The first piano note of ‘Imagine’ rings out like a bell, and away we go!

John is happier and more serene than ever in the pure white room playing ‘Imagine’ on the white piano, as Yoko removes the window shades letting more and more light into the room. You can see the velvet of John’s jacket, the softness of his skin and the sincerity in his eyes. John’s vocal is in the center with all other instruments surrounding you. It made me want to close my eyes and relish the sound, but I couldn’t look away. Their smiles & kiss at end of the song are even more precious now.

Of course, the only scripted words are Yoko asking John how it’s going on the toilet, and John and Yoko saying ‘Good morning’ to each other in a parallel universe on their balcony. They also row past each other through the window in a boat as they silently ‘Play It By Trust’ (Yoko’s white chess set) inside the lake house.

“We wanted to make surrealistic film in the tradition of Luis Bunuel and Jean Cocteau. It was John’s idea to say just one or two words at the beginning, and make the rest of the film silent, like silent movie. I liked that idea and we did it. I think that now it’s more or less known as a forefather of MTV. Each scene came from some idea John or I had. It was really a collaboration between John and me.”

The songs alternate between John’s and Yoko’s (from her simultaneously released album Fly) as they later did on Double Fantasy. There is nobody in this world who does not long for a love like John and Yoko’s, especially after seeing their closeness in this film.

All of Yoko’s songs are completely intact, unlike in some previous releases. The exquisitely odd tympani on “Don’t Count the Waves” was bouncing all over the room. The haunting ‘Mrs. Lennon’ sounds magnificent, as John and Yoko desperately search for each other through the haze of dawn.

Through all the strife and hell that they have gone through so far as a couple (unknowingly with much more to come) the song eerily predicts their separation. Although we all know this very well, she says, “neither of them ever left each other”. The audience was dead quiet throughout the film, and I think it was important for them to hear her prescient words.

‘Mind Train’ is simply gorgeous, and ‘Midsummer New York’ highlights the guitar, which really stands out as the Lennons romp around New York City.

The ballads are stunning. John is right here whistling in our ear during ‘Jealous Guy’ as we are airlifted over the gorgeous grounds of Tittenhurst. The clarity and intimacy of his vocals on the delicate ‘How’ and ‘Oh My Love’ are breathtaking. The instruments are right there in the room.

George’s lead guitar is a also highlight on John’s scathing ‘How Do You Sleep’, a bitter song to Paul. ‘Crippled Inside’, ‘Gimme Some Truth’ and ‘It’s So Hard’ rock like never before.

There are added bits throughout – mostly of Yoko in her gorgeous prime, cavorting in sexy outfits. The film is a Yoko fest – she has lots of on- screen time in her array of multiple hot-pants outfits, accessorized with various hates and an artillery belt with matching bullet bracelet!

We can clearly see more of Yoko’s artworks in the rooms, outdoors and in the background including Apple, Danger Box, Cleaning Piece, Cloud Shovel, Pointedness, Add Color Painting and Water Piece. During ‘Mrs. Lennon’ three of her ‘Hammer a Nail In’ paintings line the staircase, while ‘Half a Wind’ bottles rest on the steps.  Yoko also reprises the Kotex blindfold from the Top of the Pops performance of ‘Instant Karma’ during their pool game. A nice added bit is Setsuko Ono (now an artist in her own right) listening to her sister Yoko’s Eternal Time Clock. An Indica gallery catalogue (from Yoko’s first exhibition in London where she first met John) is seen on the book shelf in the game room.

Scenes and vignettes with celebrities are mixed in, including party guests Andy Warhol and Miles Davis, Jonas Mekas, Dick Cavett, Fred Astaire, George Harrison and Jack Palance.  We can actually hear the words when some of them perform Yoko’s Whisper Piece.

After the final romantic scene at the ocean wherein John and Yoko walk on water, we were treated to some added scenes including a complete double-screen version of John and George performing ‘How Do You Sleep?’ and the Bermuda acoustic version of ‘Oh Yoko’ with Yoko harmonizing, ‘Oh John’ as Derek Taylor looks on.

Tittenhurst is a stunning backdrop for the film, lending a Camelot like atmosphere (some of the film was also shot in New York City). Tittenhurst seemed the idyllic place for John and Yoko to live, yet they spent a short time there. Once they left in 1971, John was never to return to London again.

‘Imagine’ is a complete vision. A succinct bible of truth. It will start to unfold as you believe in it. The film? Well, it just happened naturally. I was well aware of the symbolism of everything – closing and then opening the shutters to let the light in. It’s rather personal, but I had a definite reason why I smiled at the end, in addition to loving being next to John.

An all-embracing look at Yoko Ono’s life, music and art – in stunning detail.
Read all about it, see the reviews and
ORDER HERE: 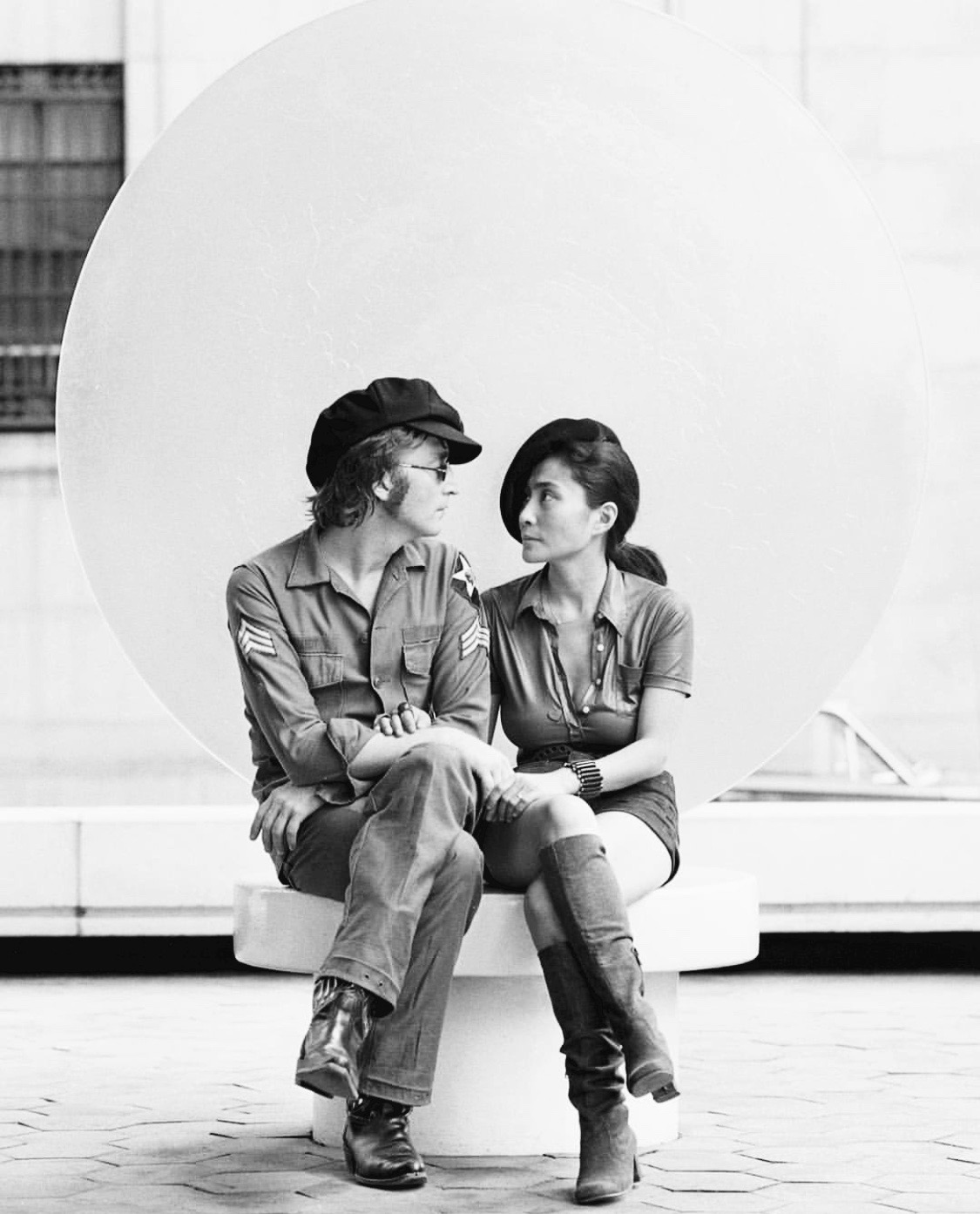 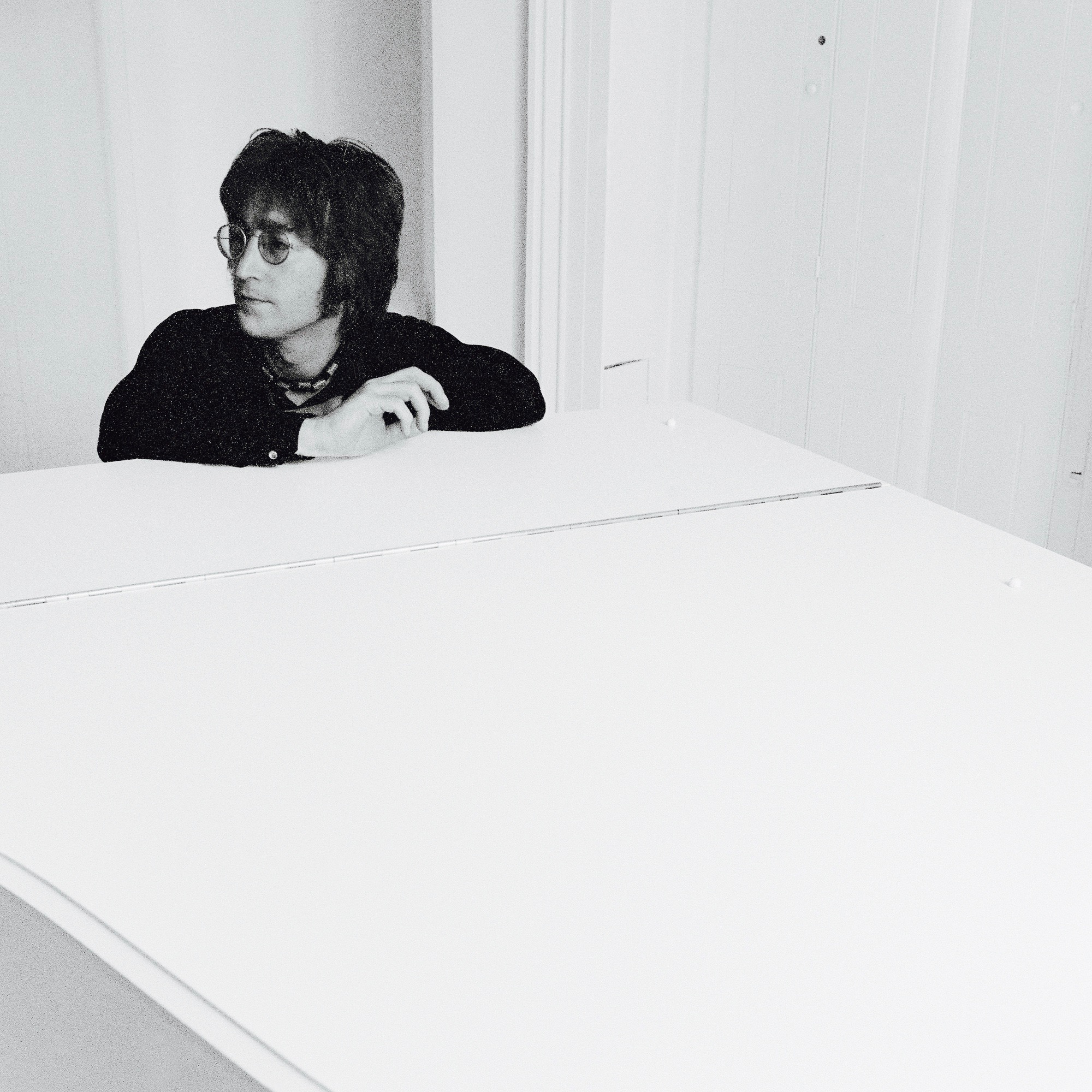