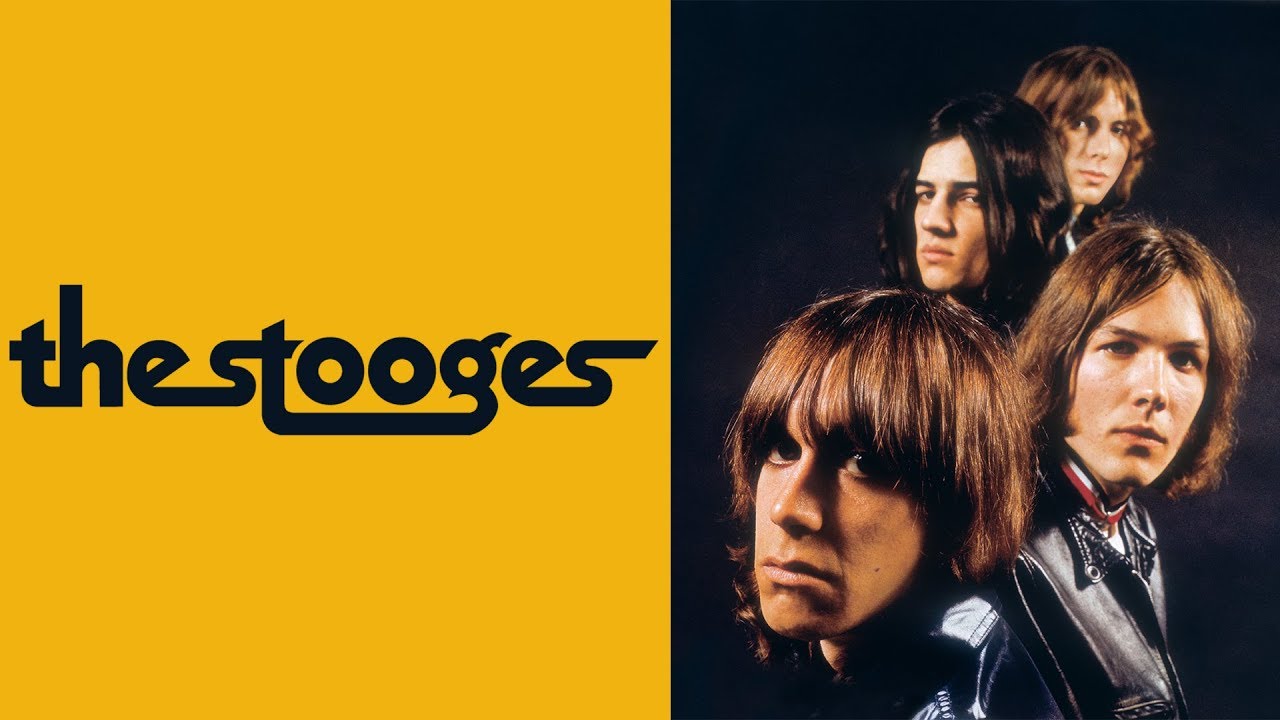 There was a treat in my drop-box today from a friend. The 2019 remasters of The Stooges debut album (with the John Cale mixes) and Bowie’s  Space Oddity 50th anniversary remaster. It’s quite interesting to see the diversity of these artists whom would soon cross paths and collaborate, creating another infamous debacle about mixing and production of a Stooges album (Raw Power) which is still endlessly debated today!

After a few minutes trying to absorb 5 discs of Bowie’s laid-back hippie stuff, I couldn’t wait to delve into The Stooges. I went straight to ‘I Wanna Be Your Dog’ and was blown back from the speakers just like the guy in that Maxell tape commercial. (Coincidentally, he is Jac Colelo – the guy who did Bowie’s hair on the Diamond Dogs tour). 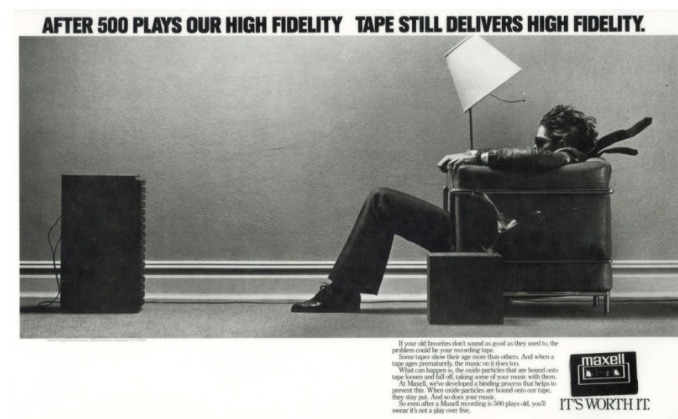 Now THIS mix of ‘I Wanna be Your Dog’ is cool! I would like to extend a warm ‘Welcome back!’ to Dave Alexander’s bass! We can actually hear it now!

I immediately put on Cale’s mix of ‘Dog’  for comparison. What a mess! What’s with the fizzling guitar fade outs and fade ins? He has completely removed the rumbling drums and bass from the beginning! Isn’t a producer supposed to MIX the tracks and not OMIT them? The stunning intro to the most groundbreaking record of the 60s is RUINED! The sleigh bells are completely overwhelming! They’re driving me nuts!  I keep thinking I’m in a one-horse open sleigh going over the river and through the woods to grandmother’s house. It’s like some sort of evil Christmas Carol!!! A virtual lump of coal!

Before everyone gets crazy, I’ll preface this with the fact that I will always prefer the Stooges albums the way I first heard them and fell in love with them. Whether it was on increasingly scratchy vinyl from millions of plays, or on a cassette tape in my car, THAT is the purest sound that will ever exist in my mind. However, I’m enjoying these different takes.

This mix is for those who prefer The Stooges sounding more like The Doors – and in the case of the Cale mixes – you guessed it – like The Velvet Underground.

I’ll take my old album above any of this stuff – and fiddle with my own equalizer.

Jeff Gold, author of the Stooges book Total Chaos (2016) was amazed to hear Iggy’s side of the production story.

“In fact, what happened was, Iggy didn’t really know what he was doing, but kept hearing these songs and thinking, “Boy, I don’t know.  Maybe I need to smoke another joint to get this.”  And Jac Holzman calls him in and plays him the album and says, “Are you happy with this?” and Iggy says, “No.” And Jac Holzman takes him through fixing it and completely in Iggy’s mind improves it dramatically with Iggy’s enthusiastic assent, and that’s again just completely not the way it’s written about.”

The hand-claps on ‘No Fun’ are dull on the remaster. Now I’m even more afraid to see what Cale has done… Oh geez – this is ridiculous. The claps are louder than the drums!  It sounds like Scotty is playing at your next-door neighbor’s house and all the windows are closed. A helicopter just went by my window and it actually drowned out the song. That would NOT happen with the original mix. Oh man, no wonder they rejected this Cale mix and thank  heaven they did! When you immediately play the other mix, it’s like a giant hissing snake has been silenced and clarity is restored.

(I am not qualified highly enough to comment on ‘We Will Fall’ – haha!)

‘Ann’ is the least offensive of the Cale mixes. I actually like it. It’s noisier. Not that I’ll listen to it above the other, which has the guitars sounding like live electrical wires crackling and sizzling.  Iggy’s vocal is gorgeous – one of his deepest at the time.

I’m going back and forth now. ‘1969’ new mix – very cool. Lots of buzz, separation – everything is super clear. Back to Cale. It sounds very flat. No dimension – the buzz is buried. For ‘Not Right’ I started with the Cale mix. It’s confusing. I’ve heard this song thousands of times but this is NOT RIGHT! Back to the remaster – blown back by the Stooges forcefield again! Now we’re talking! The clarity is back and the guitars are roaring! The guitars sound like animals fighting, as they should.

Next we have ‘Little Doll’ (which is essentially the same in phrasing and in melody as ‘1969’ yet somehow sounds like an entirely different song). All the fuzz and vibration is omitted in Cale’s mix. I can just picture him sitting there in his Dracula cape grinning fiendishly as he he manically cackles and twiddles the knobs. He does achieve a gritty vibe, but it’s at the expense of the SOUND! And it’s slower – like an octave lower! Well not really an octave, but it might as well be. It would have been interesting to hear how Bowie would have mixed this album.

The full version of ‘No Fun’ is always fun – this one is a bit slower. ‘Asthma Attack’ is so realistic that it’s suffocating. The jazzy drums and bass backing Iggy’s screams are incredible.

‘Dog’ alternate vocal is not as stunning as the album track. ‘Dog’ single version is not nearly as powerful. It’s too trebly and those sleigh bells permeate everything again – enough to annoy Santa Claus!  The additional 5 takes of ‘Little Doll’ are not monumental. Iggy only sings on the last one. The other alternate vocals are interesting (‘1969’ ‘Real Cool Time’ – Cale praises the ‘great bass line’ – and ‘Not Right’) but Iggy pretty much sticks to the script. There’s also a nice, quieter ‘full version’ of ‘Ann’.

Well there you have it – my humble opinion! 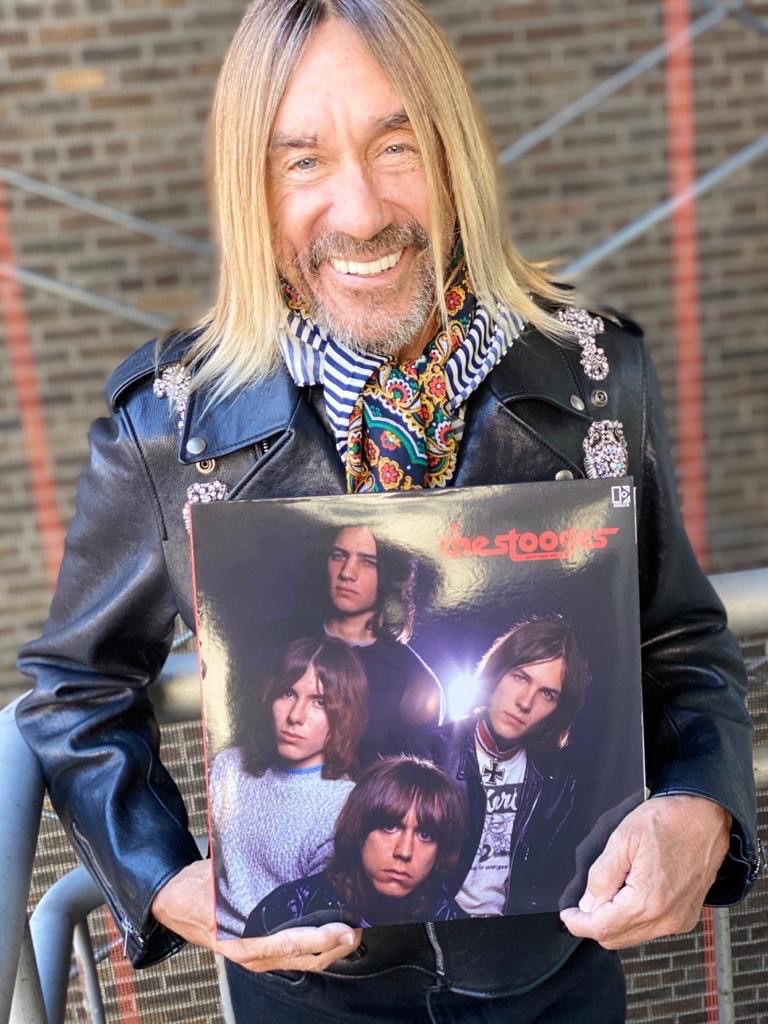 Also see my story about the ACTUAL album on its 50th Anniversary: