© Madeline Bocaro, 2021. No part of this site may be reproduced or re-blogged in whole or in part, in any manner without permission of the copyright owner.

Remembering George, whom we lost 20 years ago on this day… 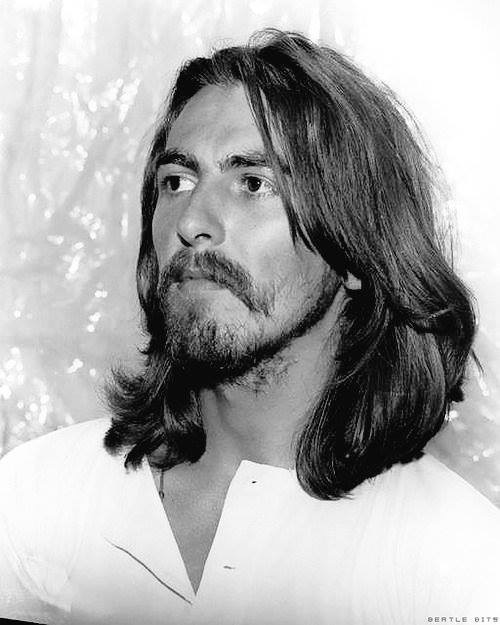 At the time that George Harrison realized that he would not be able to survive his cancer diagnosis, he wrote the song ‘Horse to the Water. It was recorded on October 2, 2001. This was George’s last recording and final message to his friends.

George spent time with his lifelong friends Paul and Ringo in New York City seventeen days before his passing. Paul later stated that he and George had held hands for the first time. George died of lung cancer at age 58, eight weeks later, on November 29th in California. His family, along with Ravi Shankar were at his side. George was cremated on the same day. His ashes were scattered in India’s Ganges River according to his wishes.

‘Horse to the Water’ was written by George with his son Dhani. The musicians, along with George on vocals only, were Jools Holland’s Rhythm and Blues Orchestra. It appeared on their album Small World, Big Band. George did not play guitar on the track, as he was too ill at the time. The copyright reads, R.I.P. Music Ltd. 2001 (the year he died). There is also a 2007 remix.

George was always seeking truth, and trying to show people the light.

One of my favorite songs of his is ‘It’s All Too Much.’

“Sail me on a silver sun, where I know that I’m free
Show me that I’m everywhere, and get me home for tea
It’s all too much for me to take
The love that’s shining all around you…”

‘Horse to the Water’ was a metaphor for George’s attempt to bring his friends nearer to a higher power, yet being unable to convince them to change their lives for the better.

George, like the Dalai Lama believed that he would find out if his daily religious rituals and Hare Krishna spiritual practices were effective when he died. Only he knows about his own transition.

“I’m practicing this so that when I die, I will know how to leave my body, and I’ll be familiar, and I won’t be frightened.’”

“George was really angry that John didn’t have a chance to leave his body in a better way.”

“If we’d been in a working relationship, it would’ve changed more.  The thing is, I hadn’t seen him for so long. I mean for all I know he could still be there. now, because I didn’t see him for two years anyway. Occasionally maybe he’d send a postcard. It’s knowing he’s on a telephone if you do want to call, that’s the difference. Now, you need the big cosmic telephone to speak to him.”

The lyrics mention “a friend of mine in so much misery.” As much as we must realize that George had many friends in life, we always look for a reference to one of the Beatles. In this case, it could be a nod to John Lennon, who struggled with the pain and suffering of childhood trauma throughout his life. Paul McCartney had recently lost his wife Linda to breast cancer in September 1998. His friend Eric Clapton struggled with drugs and alcohol. 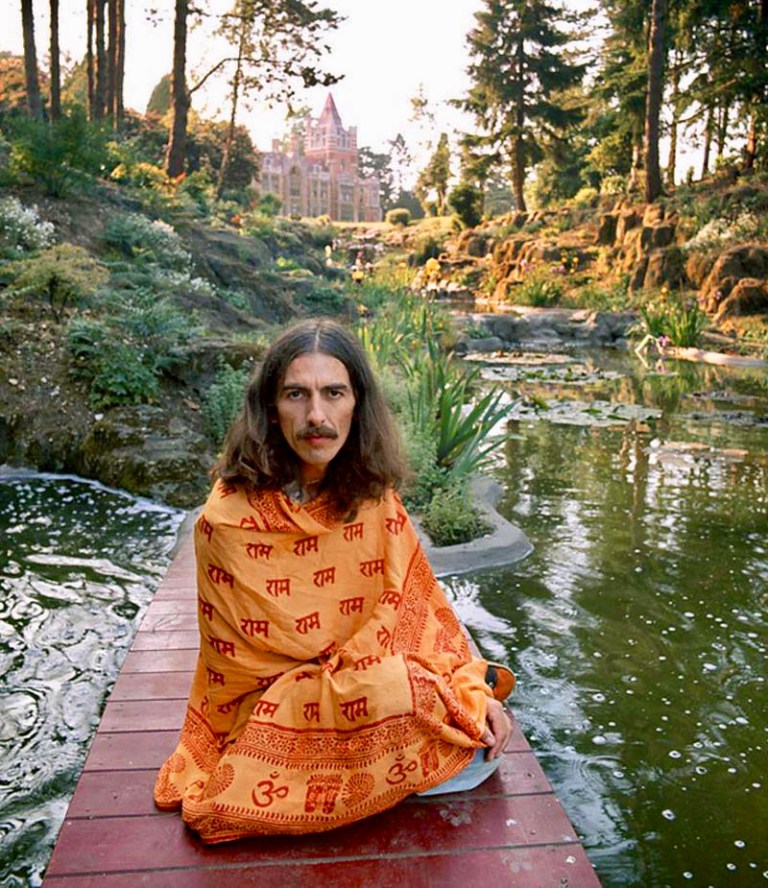 In the lyrics, Harrison tries to lead his friends toward wisdom, but each one fails to turn away from their own pain and destructive paths.

For George, it is obvious that we should go toward the light, but this is not as evident to others.

He mentions people getting lost in drinking (as he was surrounded by some notorious drinkers).

The lyrics speak of a church sermon about Satan, wondering why evil is given consideration, while we could just be focusing on all that is good and glorious.

Jools Holland and his band performed ‘Horse to the Water at the Concert For George tribute concert in 2002. 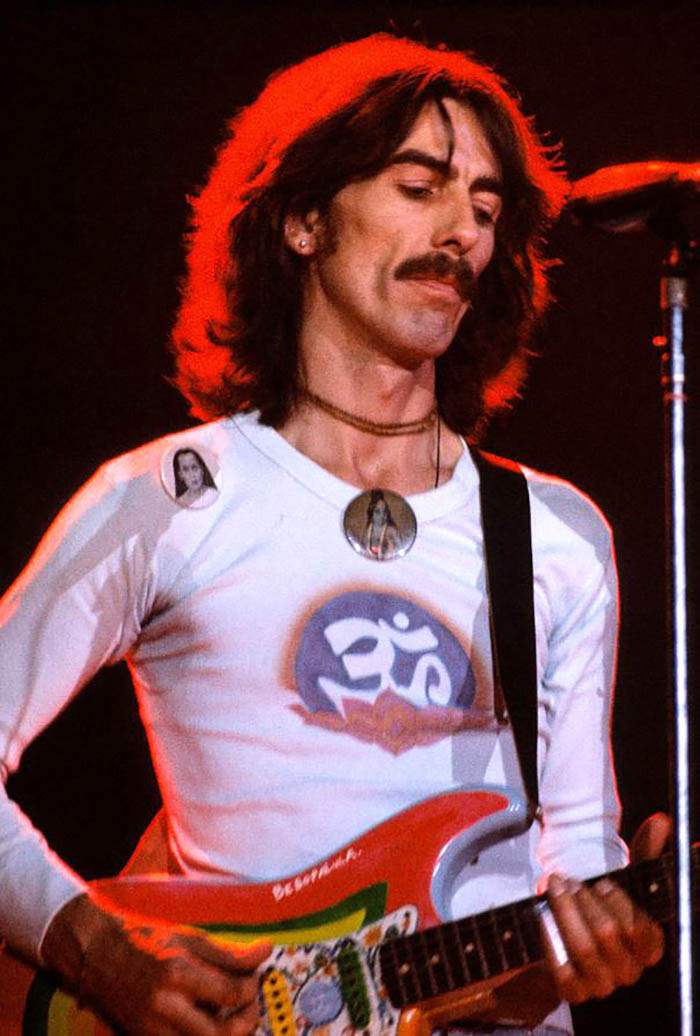 ‘HORSE TO THE WATER’

A friend of mine in so much misery
Some people sail through life, he is struggling
I said, “Hey man, let’s go out and get some wisdom”
First he turned on me, then turned off his nervous system

You can have it all laid out in front of you but still won’t make you think
Oh no, oh no, oh no

Someone I love has got a problem
Some people thirst for truth, he would like a drink
I said, “Hey man, this could be risky”
He said, “Everything’s okay,” as he downed another bottle of whiskey

You can have it all staked out in front of you but still won’t make it sink
Oh no, oh no, oh no

Preacher at my church likes to talk about Satan
Could be that he knows him, he acts like he’s possessed
I said, “Hey man, let’s hear about god’s realization for a change”
He said, “We ain’t got time for that, first you must hear of the evils of fornication”

You can take a horse to the water but you can’t make him drink
Oh no, oh no, oh no
You can have it all staked out in front of you but still won’t make it sink… 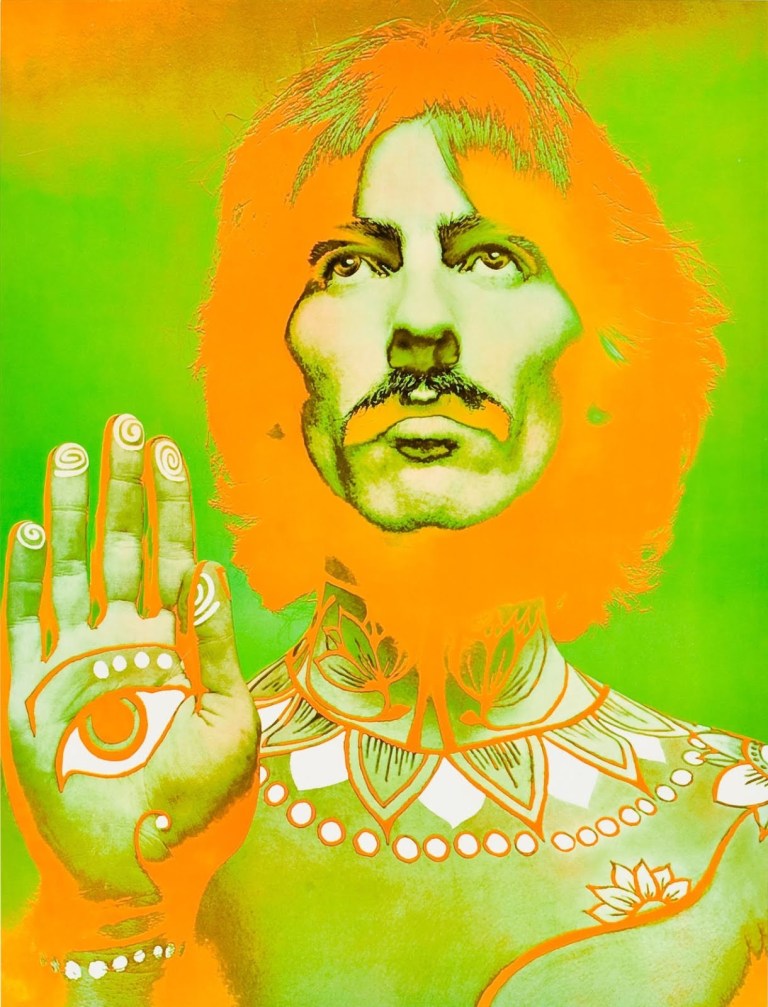 4 thoughts on “‘Horse to the Water’ – George Harrison”