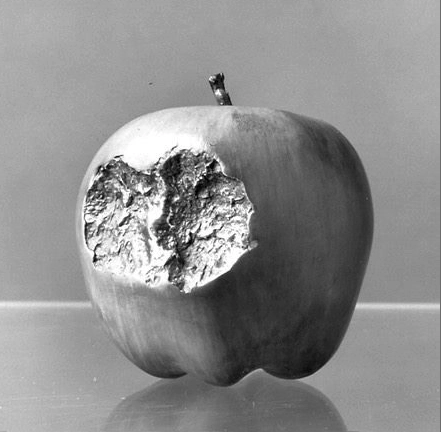 © Madeline Bocaro, 2002. No part of this site may be reproduced in whole or in part in any manner without permission of the copyright owner.

Yoko Ono’s conceptual art could not be contained or exist solely in art galleries. Shortly after meeting John Lennon, her gallery exhibits of the 1960s morphed into events (harking back to her 1950s roots).  John and Yoko promoted peace, staging Bed-Ins, Bagism events and a War Is Over! poster campaign. They also focused on making music (together and individually) until their separation, their eventual reunion in 1975 and winning the long immigration battle which finally allowed them to reside in New York City. After a mere four years together after the birth of their son Sean, just as they embarked on a new musical journey together with Double Fantasy John was murdered in 1980. Just before his passing, John requested that some of Yoko’s art objects be included in one of their final photo sessions.

In the aftermath, Yoko made several more solo albums. Her art pieces remained in storage in the basement of the Dakota.

In 1987 Yoko was invited to contribute to John Cage’s 75th birthday tribute. She created a bronze version of her all-white chess set, ‘Play It by Trust’. An edition of eight sets were priced at $7,500 each. Yoko was in need of a gallery to exhibit them.

It had been 15 years since Yoko’s 1972 This Is Not Here retrospective at the Everson Museum in Syracuse, New York. She had not exhibited her art since then.  When New York City’s Whitney Museum approached her about screening her films in 1989, Yoko agreed if she could also mount a new exhibition there. This Whitney retrospective (Yoko Ono: Objects, Films) launched The Bronze Age.

As part of Yoko’s return to the art scene. Original transparent works from the 1960s were presented side-by-side with bronzed versions of the same pieces. The crystal ball, Pointedness(1964) captioned ”This sphere will be a sharp point when it gets to the far side of the room in your mind”stood beside a bronze cast of the same ball, made in 1988. Her glass Keys to Open the Skies,were laden in bronze. A fresh ‘Apple’ was placed on a pedestal next to a bronzed apple. The bronzed works, were cast in editions of nine, and priced between $7,500 and $12,000.

The idea of working in bronze – which lead to the recasting of her original art pieces in bronze – was suggested by a friend over lunch.

”I got very upset because I thought that this person just didn’t understand anything about my work. My work was about a representation of ideas, and ideas are just like water or air. The work had an ethereal quality.”

… And it just was so objectionable that this man said that, and I really felt like, how dare he say that…And I was totally upset, and to my surprise I was crying  almost – I was in tears.  And I thought what kind of reaction is this? This  guy just said why don’t u do it in bronze?

My pieces had a transient quality and delicate quality and then I thought – but that’s my prejudice then. I said to myself. ‘Why am I so upset and it suddenly flashed to me about the 60s, about the days that I was making glass keys. So then, the me who I thought was so daring and always leaving a past and moving into the future is actually holding on to the philosophy of the 60s – and suddenly I realized that there was this little girl in me that never moved on from the 60s.

I realized that for something to move me so much that I would cry, there’s something there. There seemed like a shimmering air in the 60’s when I made these pieces, and now the air is bronzified. Now it’s the 80’s, and bronze is very 80’s in a way – solidity, commodity, all of that. For someone who went through the 60’s revolution, there has of course been an incredible change… I call the pieces petrified bronze. That freedom, all the hope and wishes are in some ways petrified.”

In a way, The Bronze Age represented the immense weight of what had happened to Yoko in her life since the brightly shimmering 1960s.  Although it was a triumph that Yoko had revived her art career, which would continue endlessly with many worldwide exhibitions,The Bronze Age was bittersweet.

“The Eighties was a very materialistic age, so in celebration and as a satire

I made my objects in bronze. It was a kind of … Eighties statement.” 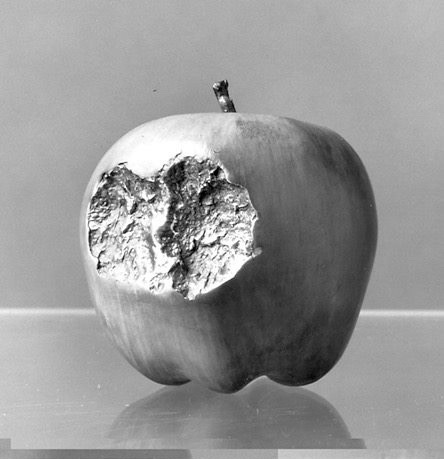 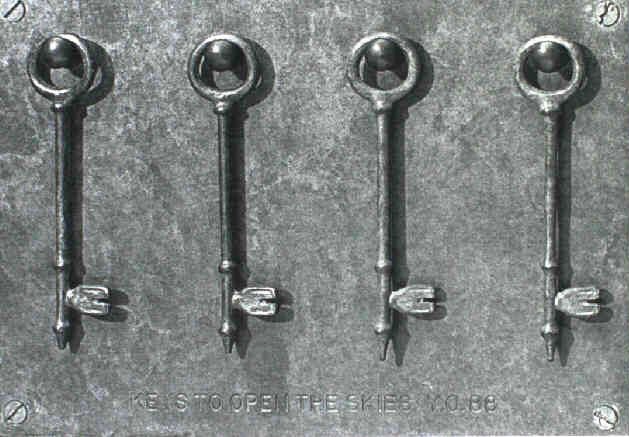 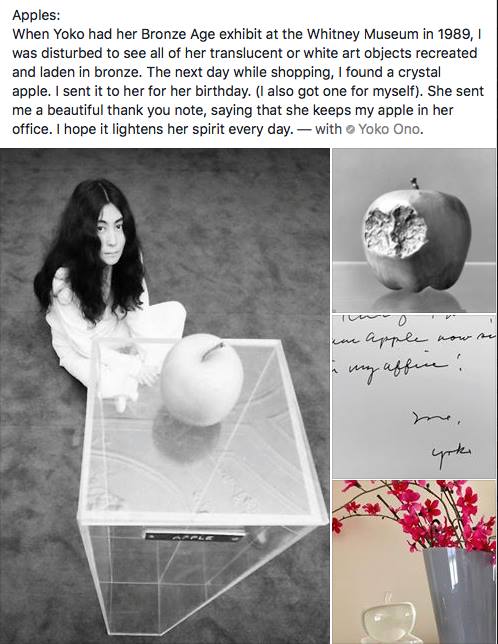 This is an excerpt from my upcoming book…