By Madeline Bocaro ©
‘Song for John’ was an untitled demo recording made in 1967 before Yoko and John got together. An earlier acoustic recording was released on an Aspen magazine flexi-disc. It was written with the hope that she would find someone to ‘fly’ with.

On a windy day, we went flying
There was no sea to rest on
There were no hills to glide
We saw an empty bottle rolling down the street
And on a cardboard stand at the corner of the street
Wrinkled souls piled up like grapefruits

The raw demo version on the Yoko Ono bootleg album This Is Not Here has the addition of buzzing of a fly at the beginning. The completed song appears on Yoko’s album Approximately Infinite Universe (1973). 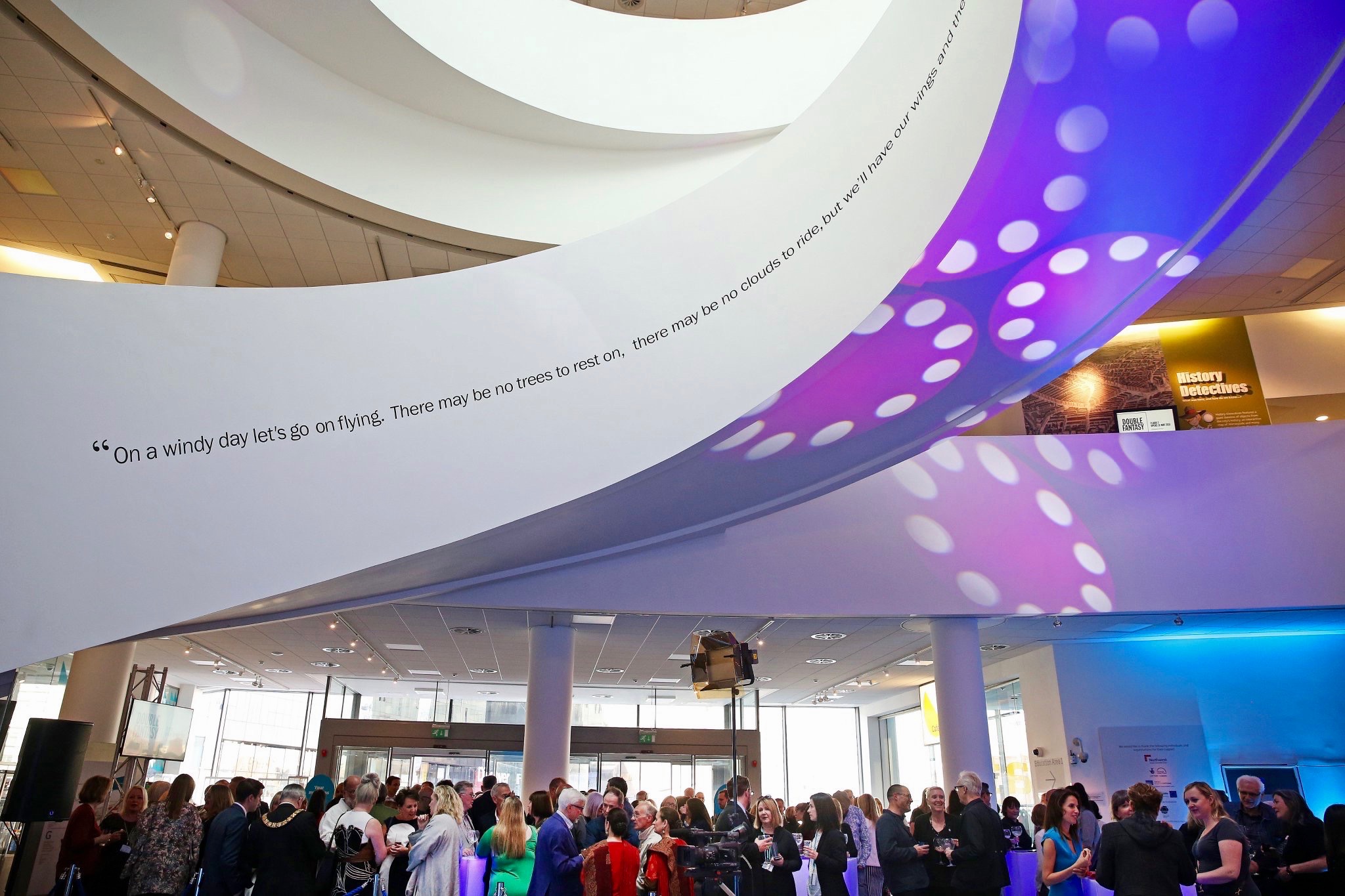