© Madeline Bocaro, 2001/2010. No part of this site may be reproduced in whole or in part in any manner without permission of the copyright owner. 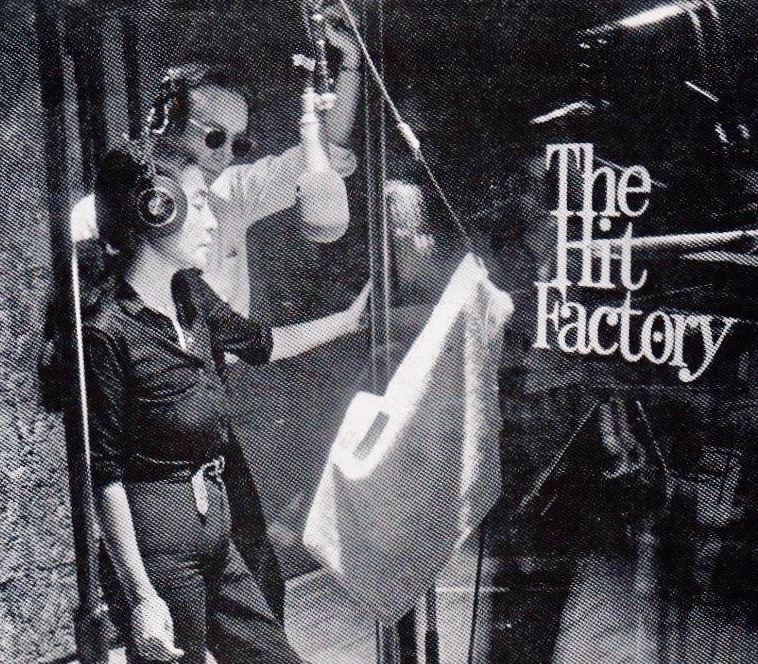 Yoko had written the song as a sort of mantra a couple of months before she sent John off to Los Angeles in 1973, beginning what became infamously known as his 18-month long lost weekend. The song first appears on Yoko’s unreleased album, A Story (Yoko’s planned follow-up to Feeling the Space). Rykodisc  released A Story on CD in 1997. Re-recorded versions of some of these songs appear on Season of Glass (1981). The 1973 recording of ‘Hard Times are Over’ is a simple arrangement with female backing vocals.

“It was a song inspired by the fact that John and I, after Approximately Infinite Universe – so that would be 1973, spring, around that time – went cross-country in a car to Ohio and then to LA. And the car stopped at Salt Lake City. And John and I were just standing on the corner of the street. And we just looked at each other. And that’s when the son came about! I think there’s something about that in the song, the lyrics. So that was another song floating around from the Feeling the Space era, though it didn’t fit FTS so I didn’t put it there. “The leaves are shining in the sun/And I’m smiling inside/You and I watching each other on a street corner… Hard times are over / Over for a while. You know what this hard time was? Drugs. And this cross-country trip was to shake it, we were going to withdraw. And we were withdrawing while we were going cross-country. Can you imagine that? It was a station wagon. Peter Bendry, our assistant was driving, and we were trying to get off drugs. And it was really frightening! So we’re standing on a corner looking at each other and saying, “Okay, we’re doing to get of drugs, it’s great! … I don’t think it’s a bad story, kicking drugs.”

The song resurfaced in 1980 during the Double Fantasy sessions.  John and Yoko had been reunited for five years, living private lives while raising their child. They had just ventured out into the public again to make music. But shortly and suddenly after their joyful and creative emergence, John was taken from his family – and from us all.

On Double Fantasy, the song becomes a sacred prayer, with an organ and a gospel chorus sung by The Benny Cummings Singers and the Kings Temple choir backing Yoko’s lead vocal with John’s accompaniment.

John: “Here must be the first Japanese gospel song.”

Yoko: “But also notice I’m saying, ‘Hard times are over for awhile.’ I could simply say, ‘Hard times are over.’ But it’s a very delicate thing. It’s like weaving, which goes in and out slowly. You must do it slowly. Saying, ‘Hard times are over for awhile’ is sort of a delicate way of wishing. It’s not like saying, ‘I want to live forever. Make sure I live forever.” It’s not that sort of arrogance. It might happen, but there is a strong repercussion. So I want to be more delicate, to ride the wave which is yin/yang, breathing in and out. It’s not like I’m wishing for something arrogant. It is fair and it can happen.”

– The Playboy Interviews 1980 by David Sheff

John also mentions in the Playboy interview that Yoko broke out in tears after the backing vocals were recorded.

He heard the choir members praying before they started to sing – and called out for the engineers to capture the prayers on tape. This is heard at the start of the song on Double Fantasy.

After all that John and Yoko had been through, the lyrics reflect that all they really wanted was a simple life together.

On the beautiful Double Fantasy: Stripped Down version (2010) John mimics  a preacher in his banter. “Collection will be taken / it’s an offer you can’t refuse!” He also references The Beatles’ song ‘Happiness is a Warm Gun’ –  “When I hold you in my arms, yeah…”

Read more stories in my category About a Song:

One thought on “Hard Times are Over”