Telephone Piece began as an instruction in Yoko’s book Grapefruit (1964).

ECHO TELEPHONE PIECE
Get a telephone that only echoes back
your voice.
Call every day and talk about many
things.
1964 spring

A track called ‘Telephone Piece’ ends Side Four of Yoko’s album Fly (1971). A telephone rings six times, Yoko answers it and says ‘Hello, this is Yoko’. It is so cool that she voiced it in the language (and ringtone) of each country that the Fly album was released in; USA, UK and Japan.
Moshi Moshi Yoko desu!

This track is sampled in Yoko’s song ‘Talking To The Universe” on her album Rising (1995).

Telephone Piece then evolved into an interactive museum piece at her exhibitions. A telephone sits atop a pedestal in the middle of a Plexiglas maze (actually, her artwork called Amaze) with the instruction:
When the phone rings
Know that it’s me
Y.O.

For her Dream Come True exhibit in Argentina (2016), the telephone was red, harking back to the times (60s) when volatile phone communications between countries were called ‘red phone’.

At the AGO Toronto exhibit YES YOKO ONO in 2002, a lucky visitor completed the work…
“Telephone Piece consists of the unusual fact that throughout each exhibition, at random times, the telephone will ring. For the visitor/viewer intrepid enough to pick it up and say hello, a special treat is in store: Yoko Ono is on the other end of the line. Whatever random conversation that ensued would constitute the content of that particular artwork, only heard once, by one person, and never again. I happened to be standing next to the pedestal during one such exhibit. It rang. I picked it up.
Yoko was on the line. Suddenly I owned a private artwork consisting of our exchange. Imagine that. Imagine there’s no object. Our cryptic chat was brief but somehow engaging and meaningful.

HARD COVER BOOKS are only available at…
Conceptual Books 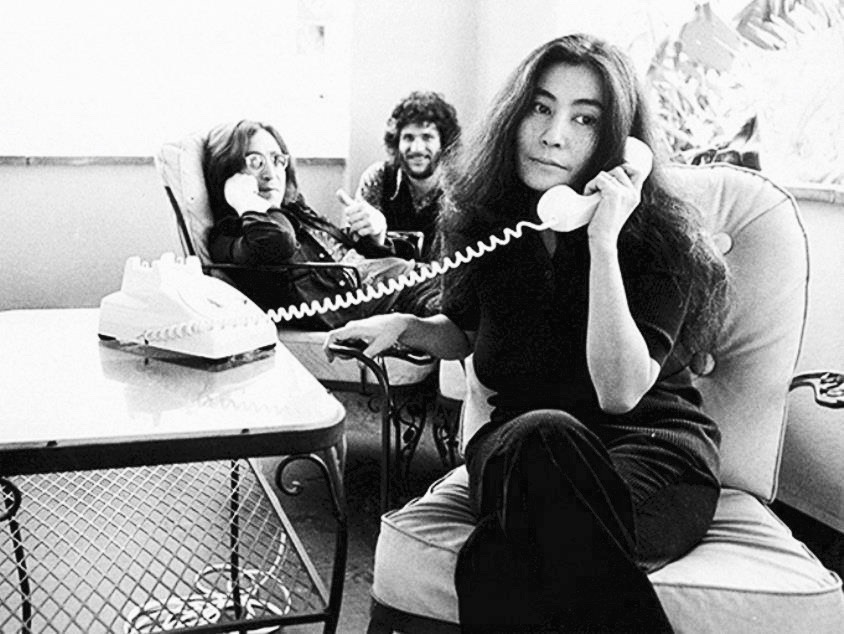 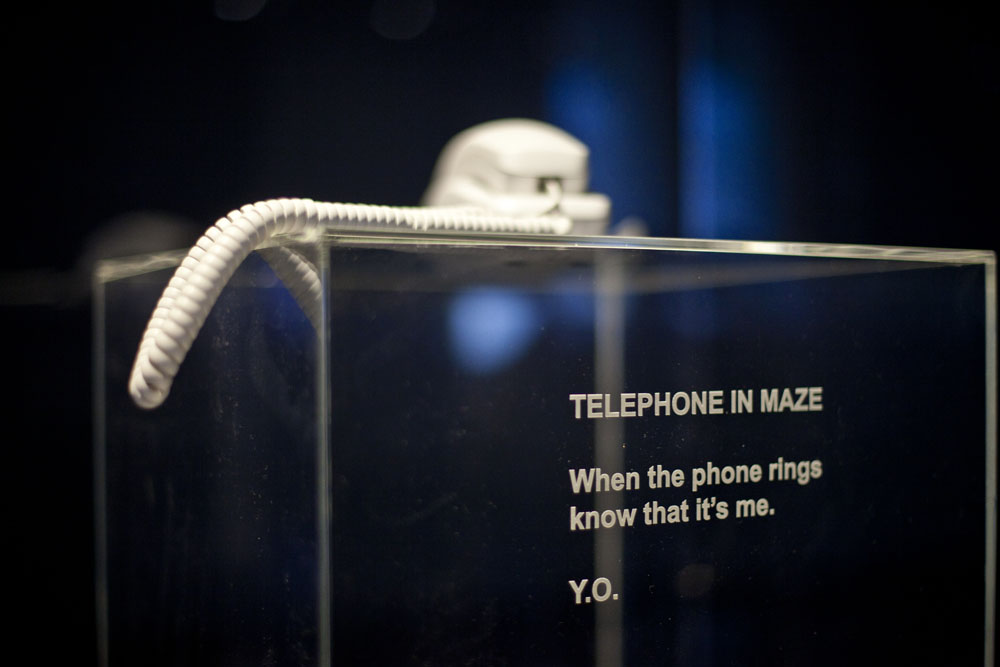 madelinex.com is a non-profit blog created for