In this incredible new age, when we should be using our voices to sing out, negativity abounds. If only we could communicate positively, like free twittering birds.

“Birds communicate with each other. It’s not singing. It’s their language. It’s so beautiful and different from ours.” – y.o. Twitter

“If I had to be reincarnated as an animal, I would choose a sparrow.” – Yoko

Birdsong was Yoko’s first inspiration. As a young child, one of her school assignments was to translate the sounds of a symphony of birds into musical notation. She realized that it was impossible. At first, Yoko thought it was her own shortcoming. She soon determined that there was a limitation in the way that we scored music – which lost its intricate beauty. This is the frustration behind all of Yoko’s work: the material world cannot replicate the purity of an idea. To solve this problem, Yoko’s scores combine musical notation with instructions.

“I loved listening to the birds singing in the morning. Beautiful complicated sounds a bird can make which you can’t copy – it seemed so perfect and I thought, ‘Why try to do something like that when a bird can do it effortlessly? So I began to compose music which wasn’t complete – with instructions like: This should be played with birds singing in the garden’. From there I began to question the whole thing of composition and instruction.”
– Yoko, Vogue December 1971 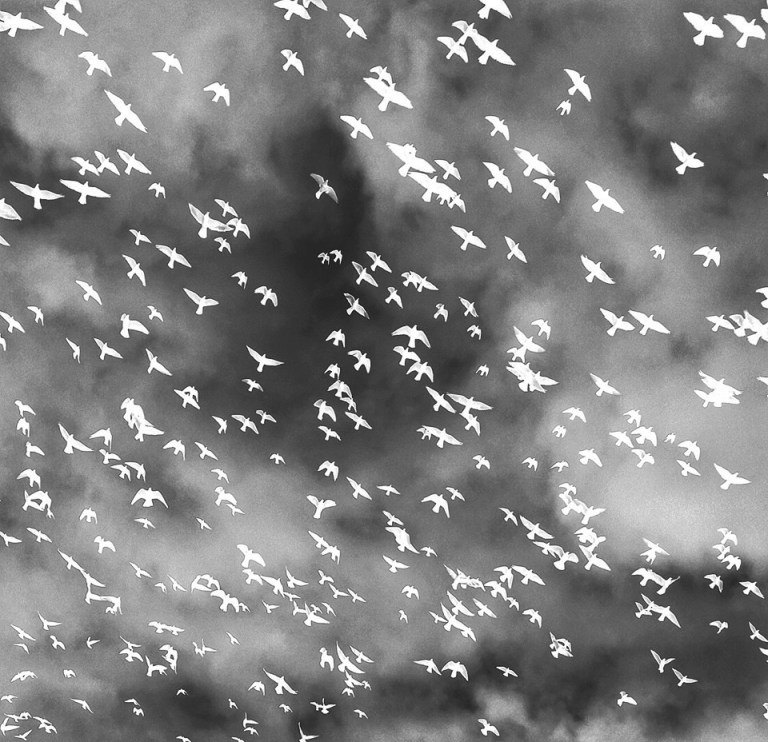 In the transcendent song ‘Higa Noboru’ (Between My Head and the Sky, 2013), Yoko communicates the wisdom shared with her by natural elements and by animals. She speaks the lyrics alternately in Japanese and in English.

The song ‘Moonbeams’ (Take Me to the Land of Hell, 2015) begins with a piercing, distressed bird cry. Yoko illustrates the dichotomy of good and evil in human nature with the lines,

My heart is ruminating your sweet words
While my hands are strangling the birds.

It’s interesting that birds and elephants (which Yoko has also referred to in ‘Ask The Elephant’) are the only animals who possess a sense of rhythm.

The imagery in Yoko’s Franklin Summer drawings (1995-2013) resembles starling murmurations. The lines are at once geometric and organic, amorphous – the literal floating world of Ukio e 浮世絵, which translates as ‘picture[s] of the floating world’. It seems that Yoko is drawing molecules, and we can see the energy vibrating in each picture. Most of the images evoke aspects of nature; aquatic, avian and inter-gallactic. Many of her abstractions are often of birdlike, including shapes that are embryonic and egg-shaped.

“A bird was chirping in a corner of the restaurant.

I kept listening to it for a while, hoping I could figure out what the bird was saying.

“Listen to the birds singing with a language we don’t understand.

You are just as blessed as they are, just as beautiful and fleeting.”

“Rely on your own powers

rather than trying to search for the bluebird over the rainbow.” 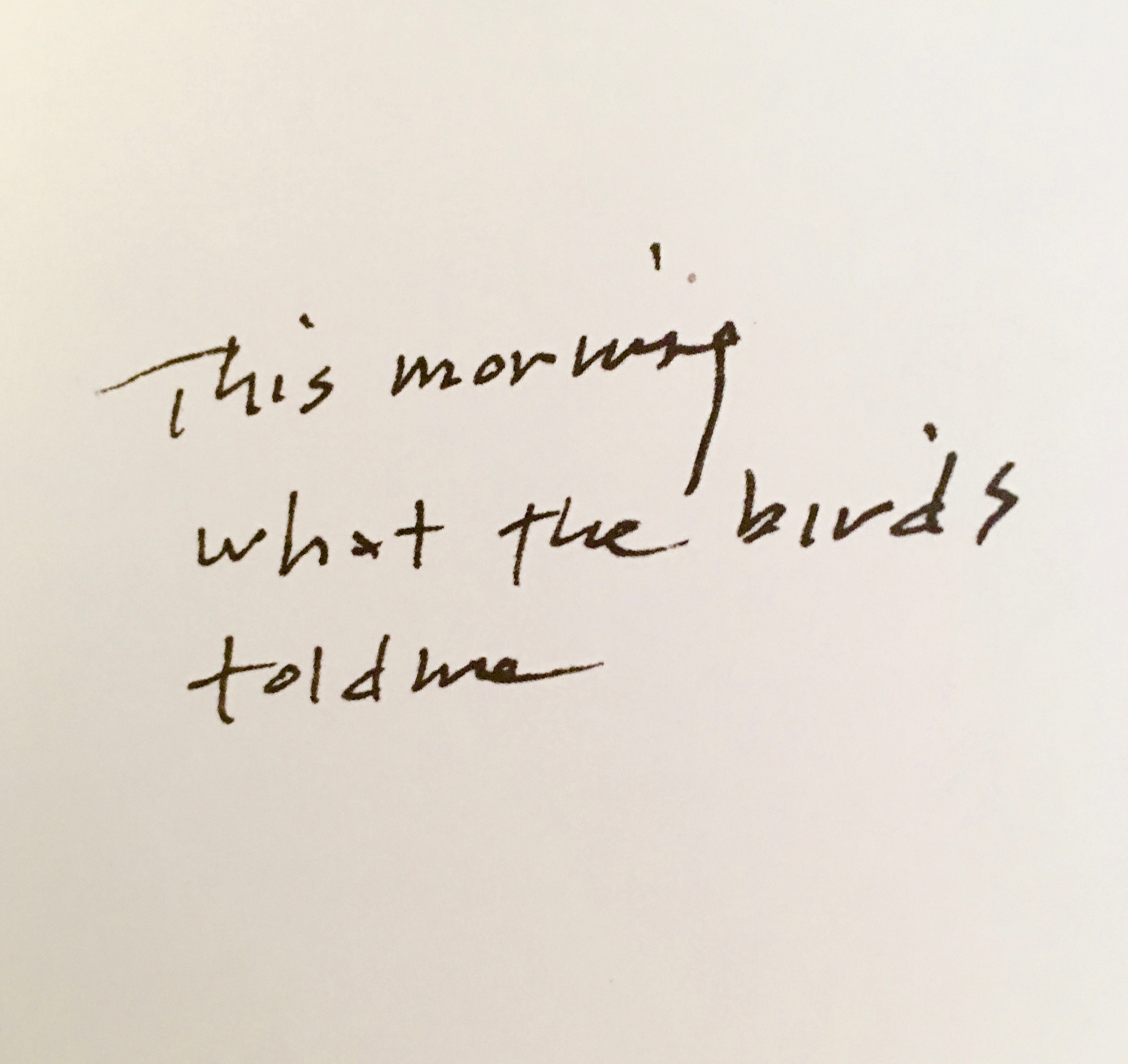 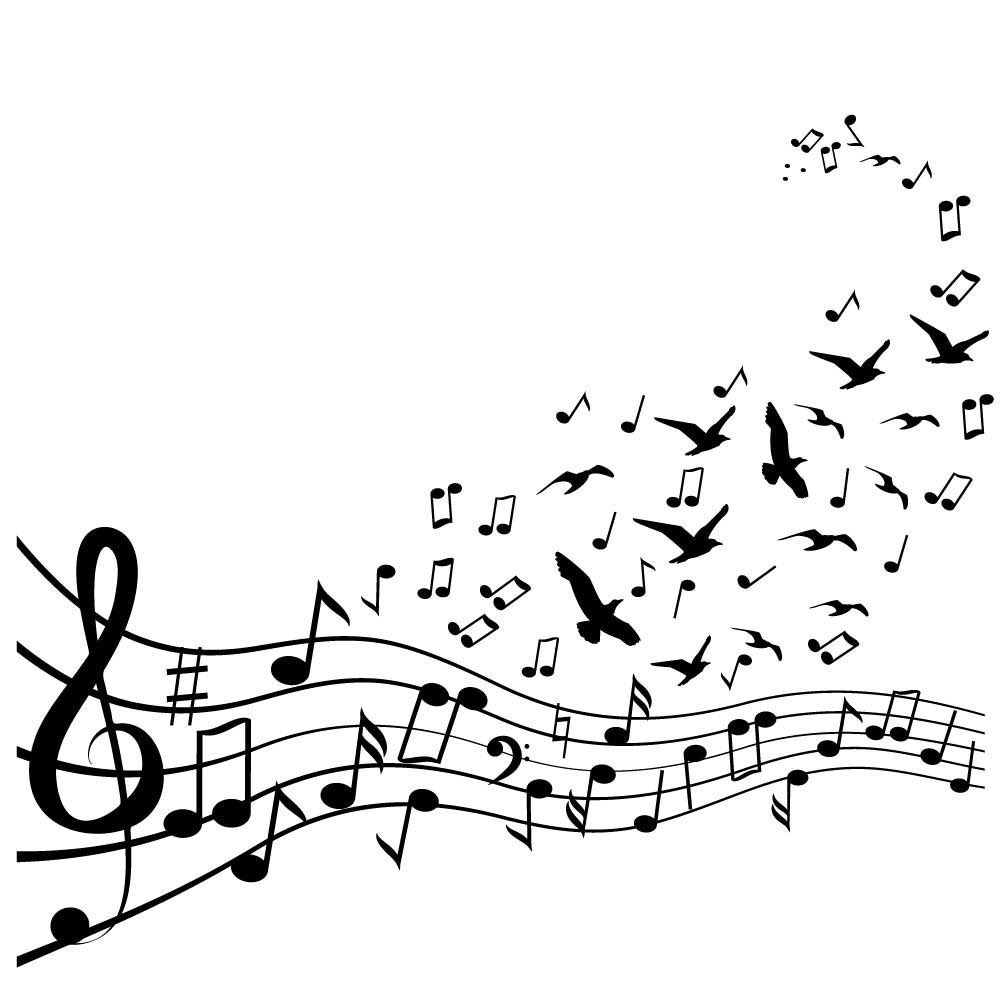 I sat belonely down a tree,
humbled fat and small.
A little lady sing to me
I couldn’t see at all.

I’m looking up and at the sky,
to find such wondrous voice.
Puzzly puzzle, wonder why,
I hear but have no choice.

‘Speak up, come forth, you ravel me’,
I potty menthol shout.
‘I know you hiddy by this tree’.
But still she won’t come out.

Such softly singing lulled me sleep,
an hour or two or so
I wakeny slow and took a peep
and still no lady show.

Then suddy on a little twig
I thought I see a sight,
A tiny little tiny pig,
that sing with all it’s might.