© Madeline Bocaro, 2017. No part of this site may be reproduced or reblogged in whole or in part in any manner without permission of the copyright owner.

David Bowie’s Low is an incomparable work, seemingly written in a vacuum in late 1976. Isolated from the prevailing disparate atmosphere of vacuous dance music vs. emerging punk rock’s unrest and explosive rage, Low imbued an introspective stillness. Bowie abandoned London and the drug culture of Los Angeles to make the record in Hérouville, France. It was mixed in West Berlin where he took up residence with Iggy Pop. Yet David remained emotionally stateless, inhabiting an unexplored, unearthly space to create Low, a contrast in despair and serenity.

Earth has always seemed an alien landscape to Bowie. On Low, his cosmic alter-egos (Major Tom and Thomas Jerome Newton) converge with a frail shell of a man who had been searching and wandering from station to station, the Thin White Duke.

Low is a soundtrack without a film. Some of the tracks were unwisely rejected for their intended purpose – the score for The Man Who Fell to Earth – yet Bowie still retained an image of himself from the movie on the album cover.  (The cover of Station to Station was a still from the movie as well).

The sounds of Low are like paintings, conjuring a beautiful yet alien landscape. Xylophone, vibraphone, chamberlin, sax, ARP and Minimoog synths and Farfisa organ form the terrain. The ambiance comes courtesy of Brian Eno and his EMS synthi AKS, and of the Eventide harmonizer. Producer Tony Visconti described the contraption (which gave Low its unique drum sound) as “fucking with the fabric of time.”

“I knew he liked Another Green World a lot. And he must have realized that there were these two parallel streams of working going on in what I was doing, and when you find someone with the same problems you tend to become more friendly with them. He said when he first heard Discreet Music he could imagine in the future that you would go into the supermarket and there would be a rack of ‘ambience’ records, all in very similar covers.They would have titles like Sparkling or Nostalgic or Melancholy or Somber. They would be mood titles and so very cheap to buy you could chuck them away when you didn’t want them anymore.”

The album was originally titled New Music: Night and Day. Rather than coherent lyrics, some songs have strange incantations that resemble no known language. Bowie has created a strange yet oddly familiar new world.

“It’s my reaction to certain places.  ‘Warszawa’ is about Warsaw and the very bleak atmosphere I got from that city. ‘Art Decade’ is West Berlin—a city cut off from its world, art and culture, dying with no hope of retribution. ‘Weeping Wall’ is about the Berlin Wall—the misery of it. And ‘Subterraneans’ is about the people that got caught in East Berlin after the separation—hence the faint jazz saxophones’ representing the memory of what it was.”

Side One opens with fragmented synth pop (before the term existed) echoing Krautrock sounds (Kraftwerk and Neu!). Autobiographic lyrical themes involve anxiety and repression. The instrumental ‘Speed of Life’ is a deviously buoyant opener, introducing us to the exceptional sounds and textures of the album.

Iggy Pop is on backing vocals in the frenetic ‘What in the World’ amidst synthesized sounds familiarly heard in the primitive, yet newly popular video games of the day. Isolation is the theme. “…so deep in your room, you never leave your room…”

‘Sound and Vision’ is a gorgeous pop excursion into the seclusion of an electric blue room, where the singer waits for his ‘gift of sound and vision’. The distinctive cavernous drum sound makes the album magical throughout, and there are some lovely hissing accents. Another low. “Drifting into my solitude / Over my head.”

‘Always Crashing in the Same Car’. Making the same mistakes – at this low point in his life, Bowie literally and deliberately crashes his car in a drug-fueled rage amidst gorgeous swirling sounds. His own ‘Autobahn’ – but in a hotel garage!

In a more conventionally themed song, David hopelessly wishes that his estranged spouse Angie would simply ‘Be My Wife’, harkening back to the blissful magical time when they were true lovers and collaborators. They were at the time in the midst of a hostile divorce.

Side one ends with ‘A New Career in a New Town’ (Berlin). Bowie is starting over, yet still in turmoil. His harmonica blares away amidst a throbbing beat.

The serene wordless synthetic soundscapes of Side Two take us to new inner and outer places and spaces – the antithesis of the raging violence of Punk and the expanding mindless Disco scene in 1977.

‘Warszawa’ is alien and exquisite, based upon a one-note drone – inspired by a Polish folk song. Due to his fear of flying, Bowie made two train journeys with brief stop-overs in Warsaw Poland (1973 / 1976) travelling from Moscow to Western Europe.  David purchased an album of songs from the Śląsk Polish National Song & Dance Ensemble. He adapted a song called ‘Helokanie’ by Stanisław Hadyna, replicating/chanting its foreign linguistics.

Delicate and tranquil ‘Art Decade’ invokes flowing water with ripples formed by a pebble dropped into a shimmering ocean on a moonlit night. The title is a nod to Art Deco style.

‘Weeping Wall’ with its woeful sax references the angst, dreary oppression and entrapment of the Berlin Wall. The piece recalls the styles of Steve Reich or Phillip Glass (who later scored Bowie’s entire Low album for the Brooklyn Philharmonic orchestra, released in 1992 as Low Symphony).

The ‘Subterraneans’ are the people of East Berlin who remain severed from the world. It is a dreary portrait painted in gray with elements of detachment, sadness and stillness.

“I became the sculptor to David’s tendency to paint. I keep trying to cut things back, strip them into something tense and taut, and he keeps throwing new colors on the canvas. It’s a good duet.”

There are outtakes (many unreleased) including ‘All Saints.’ (The serene and stunning, vague and poetic ‘Some Are’, on which the second movement of Philip Glass’ 1992 Low Symphony was based, is actually from Bowie’s try at The Man Who Fell to Earth soundtrack. The strange background sounds at the start have since been clarified by Bowie as being wolf cries). These 2 pieces later appeared on the Rykodisc reissue of Low in 1991.

A remix of the song ‘Sound and Vision’ in 1991 kept Bowie’s original vocals, adding Mary Hopkin’s backing vocal and a new piano part. More remixes were released in 2010 and in 2013. 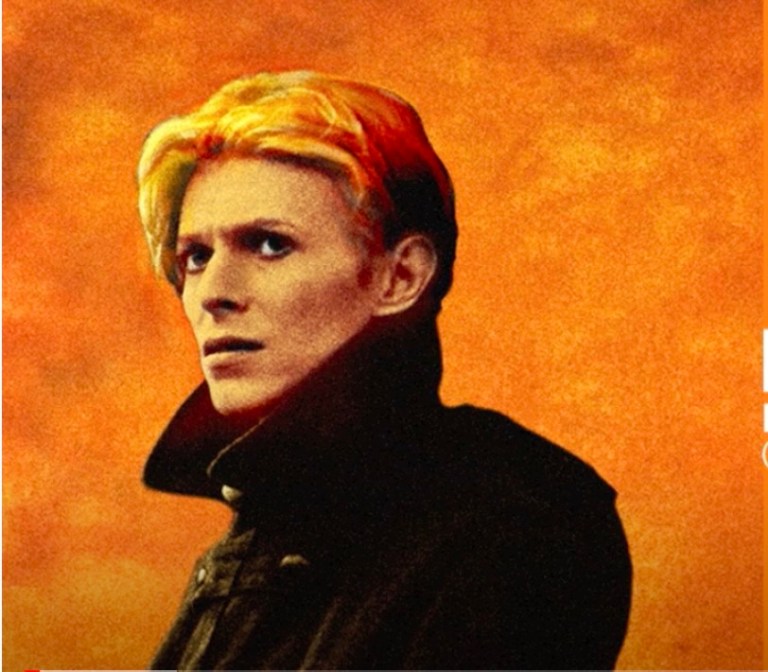 Two months after the release of Low, Iggy Pop’s Bowie-produced masterpiece The Idiot was released in March 1977, although it had been recorded prior to Low using the same musicians.

Bowie quietly, without fanfare played keyboards behind Iggy Pop on The Idiot tour. Subterranean.  There was no Low tour, but David did perform songs from the album live in 1978 on his Stage tour, with songs from his follow-up album ‘Heroes’. He also performed Low in its entirety at the in 2002 as part of the Heathen mini-tour.

Bowie directed London’s Meltdown Festival in February 2002, at which the London Sinfonietta performed the Low and ‘Heroes’ symphonies by Philip Glass. 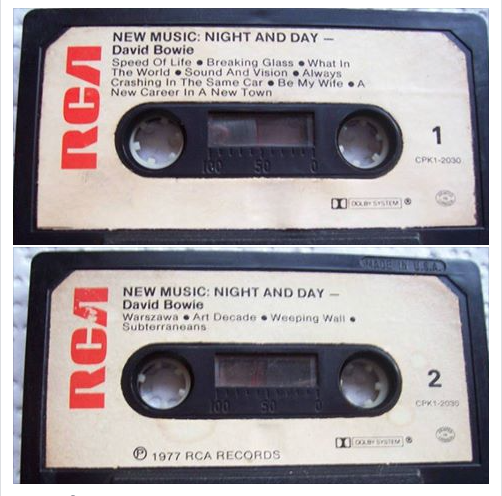 9 thoughts on “HIGH ON LOW”