Please check out my new book:

Worldwide TV appearances were a major platform for John and Yoko’s peace campaign and for their political messages. Having left London in 1971 for New York City, they commandeered the Mike Douglas Show (recorded in Philadelphia) for one week as co-hosts in January 1972. They brought along a variety of musical and radical guests, including Chuck Berry, Jerry Rubin and Bobby Seale, leader of the Black Panthers.

Lennon and Ono were rumored to be part of a planned disruption of the National Republican Convention during Nixon’s reelection campaign, scheduled for August 21-23) with Yippie Party leaders Jerry Rubin and Abbie Hoffman.  Lennon vehemently denied this on the Dick Cavett show in May. Their association with radicals led to major deportation problems for Lennon, which had begun in England when a corrupt officer was planting marijuana on major rock stars in the 60s. John and Yoko had planned on touring with the Elephants Memory Band to support their controversial, politically themed and ill received album Sometime In New York City, but this was curtailed due to the FBI’s investigations of Lennon and his fear of deportation.

Just four days prior to appearing on the Jerry Lewis’ annual Labor Day Muscular Dystrophy Telethon, John Lennon and Yoko Ono headlined the One To One concert at Madison Square Garden, at the behest of Geraldo Rivera. The concert, held on August 31, 1972 raised money for the developmentally challenged kids of Willowbrook Institution. This was just one year after George Harrison organized the very first benefit concert for a humanitarian cause, The Concert For Bangladesh (August 1, 1971), also at MSG. It turned out to be Lennon’s final live concert (apart from appearing with Elton John on two songs in 1975 at Madison Square Garden).

The Muscular Dystrophy telethon was broadcast from the Americana Hotel on 7th Avenue in NYC 45 years ago – on September 4, 1972.

Jerry introduced John and Yoko as,

“…two of the most unusual people in all the world, and I don’t mean just in the world of entertainment. They fit no patterns, meet no standards except the standard of excellence. Ladies and Gentlemen, John Lennon and Yoko.”

With the backing of the Elephant’s Memory band, the Lennons performed ‘Imagine’ and Yoko’s political song ‘Now Or Never’, with the sadly prescient line, “Are we gonna keep shooting the ones that try to change?” Yoko introduced her song by saying, “John and I love this country very much and we’re very happy that we’re still here.”

“I didn’t know that John was the one who would be shot to death for trying to change… But they couldn’t kill him. His spirit is still alive and growing inside all of us.”

They closed with a sing-along Reggae version of ‘Give Peace a Chance’, at a time when not many Americans had heard Reggae music. John explained, “This is how they do it in Jamaica!” Contrary  to the intended response, the phones probably stopped ringing while John and Yoko were performing! John praised Jerry as “A great comedian – I wish he never grew up!”

As they leave the stage, Jerry leads the excited crowd in a chant for an encore, “John, Yoko, John, Yoko!” as they exit the building. Jerry realizes that they are not coming back and says, “I would suspect that John Lennon is probably one of the wisest showmen I’ve ever met. He knows what he’s doing. He did two things tonight. He here came to help (1), the primary purpose of his visit.  And (2) he meant to say something. I think he did both those things. He has split. Let’s thank him very much.”

This was to be the final upbeat moment for John and Yoko for some time. Two months later, Nixon won the election. Their final achievement of 1972 was releasing the single ‘Happy Xmas (War Is Over)’. In April 1973 John appealed his deportation ruling. With Yoko, he declared a new conceptual country called Nutopia with “No land, no boundaries, no passports, only people, and “No laws other than cosmic.”  It was essentially the virtual incarnation of their song ‘Imagine’. In May, the Lennons moved from their Bank Street apartment to the Dakota. Within a year they were living apart, and John began his ‘lost weekend’ in Los Angeles.

John would later win his long immigration battle on 1976. This victory was announced on the same day as Yoko’s pregnancy with Sean, who was to be born on John’s birthday, ‪October 9th.

Here is the best color version of John and Yoko’s Telethon appearance that recently surfaced.

Yoko’s song ‘Now Or Never’ @ 3:30 – featuring the great Stan Bronstein on sax, who played the amazing solo on ‘Drug Stabbing Time’ (Clash!!!) And the extended ending with Jerry’s ‘outro’ speech.

“My friend’s mother was throwing out a lot of her late son’s video equipment and tapes, most of it junk. But I found this INCREDIBLE video, unfortunately with her son J Foster’s watermark baked into the transfer. Previously I’d only been able to find snippets of this. 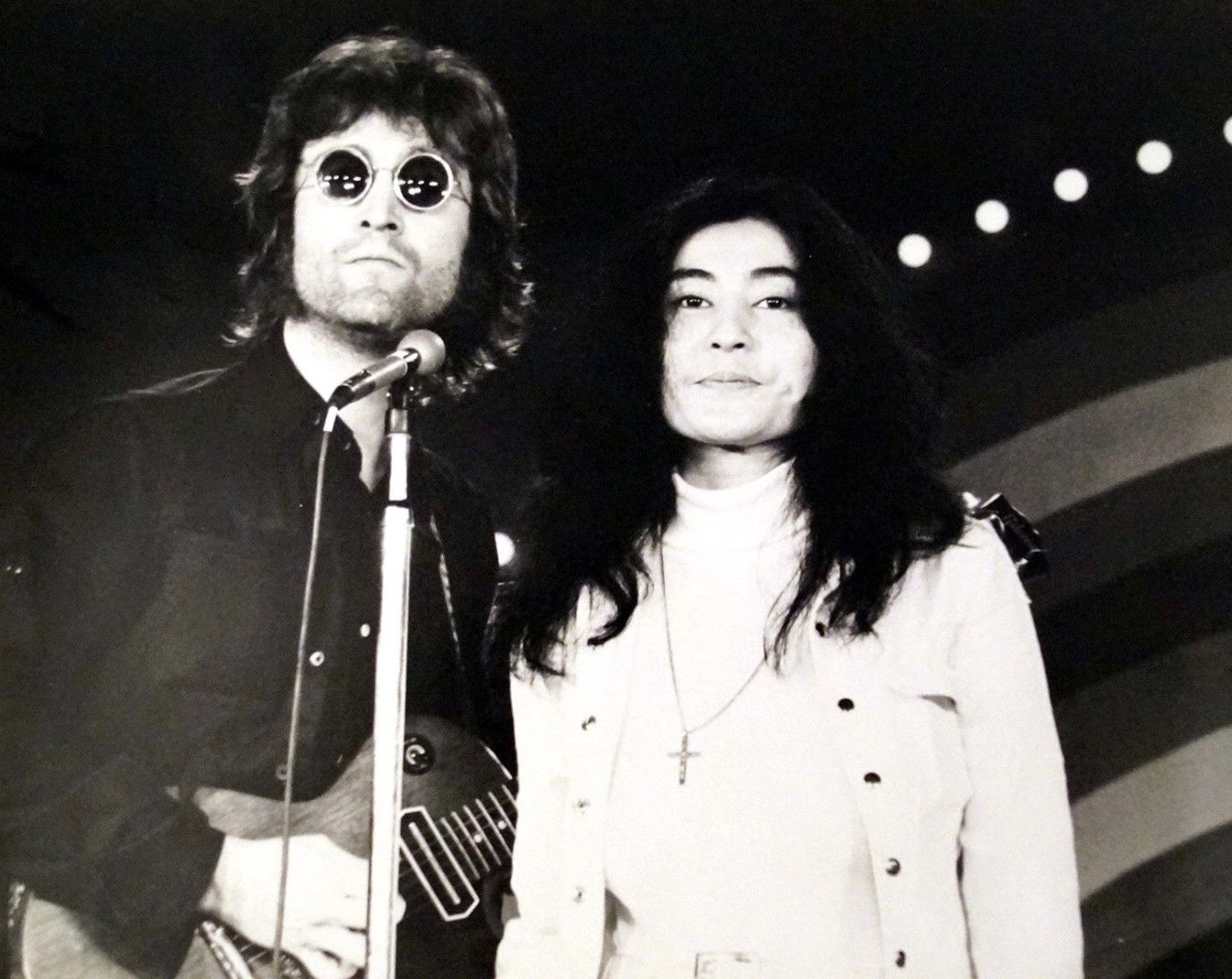 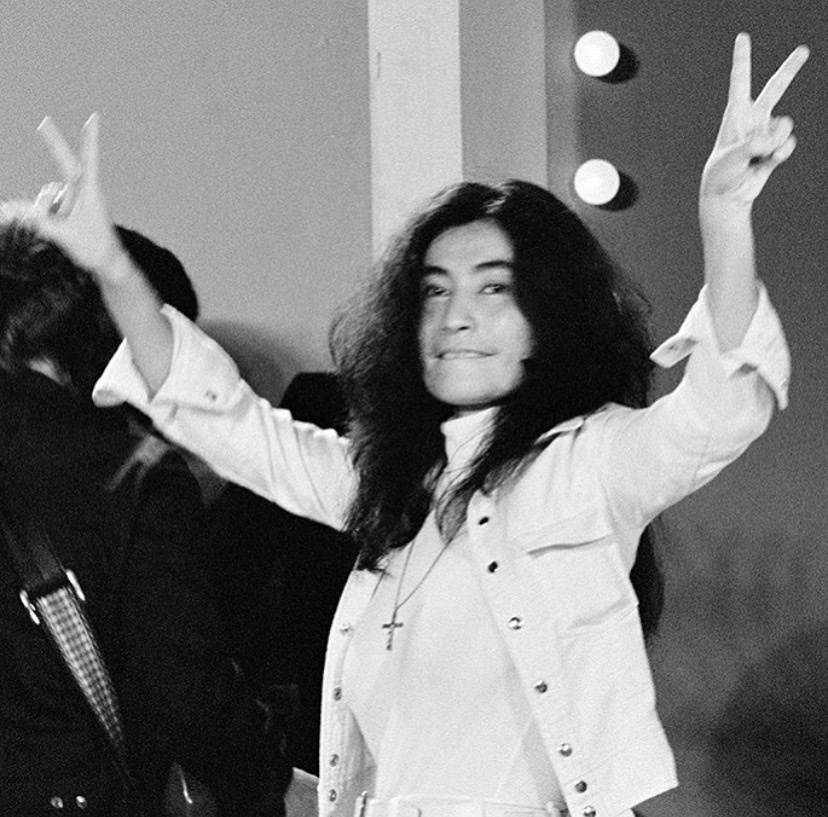 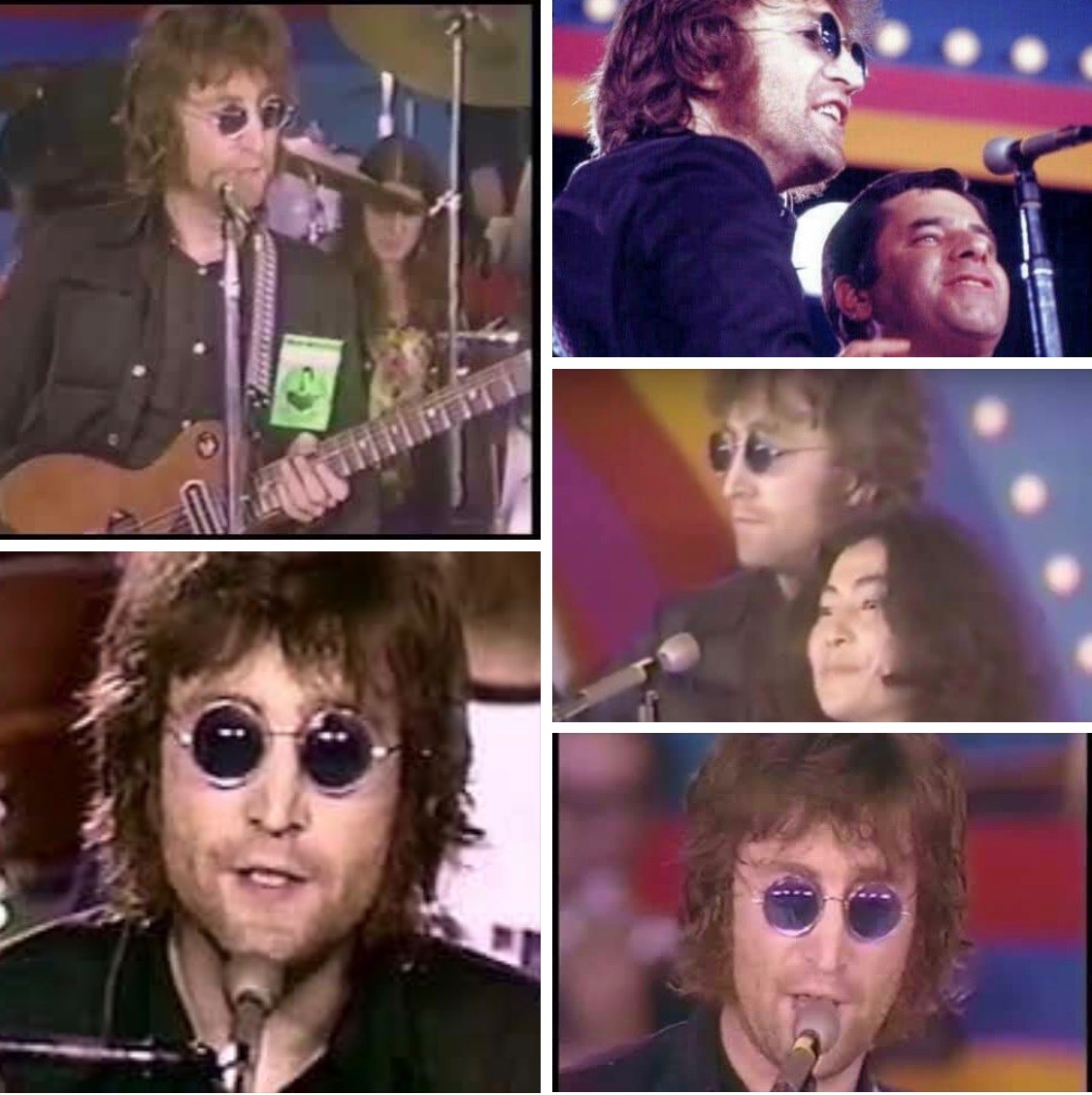 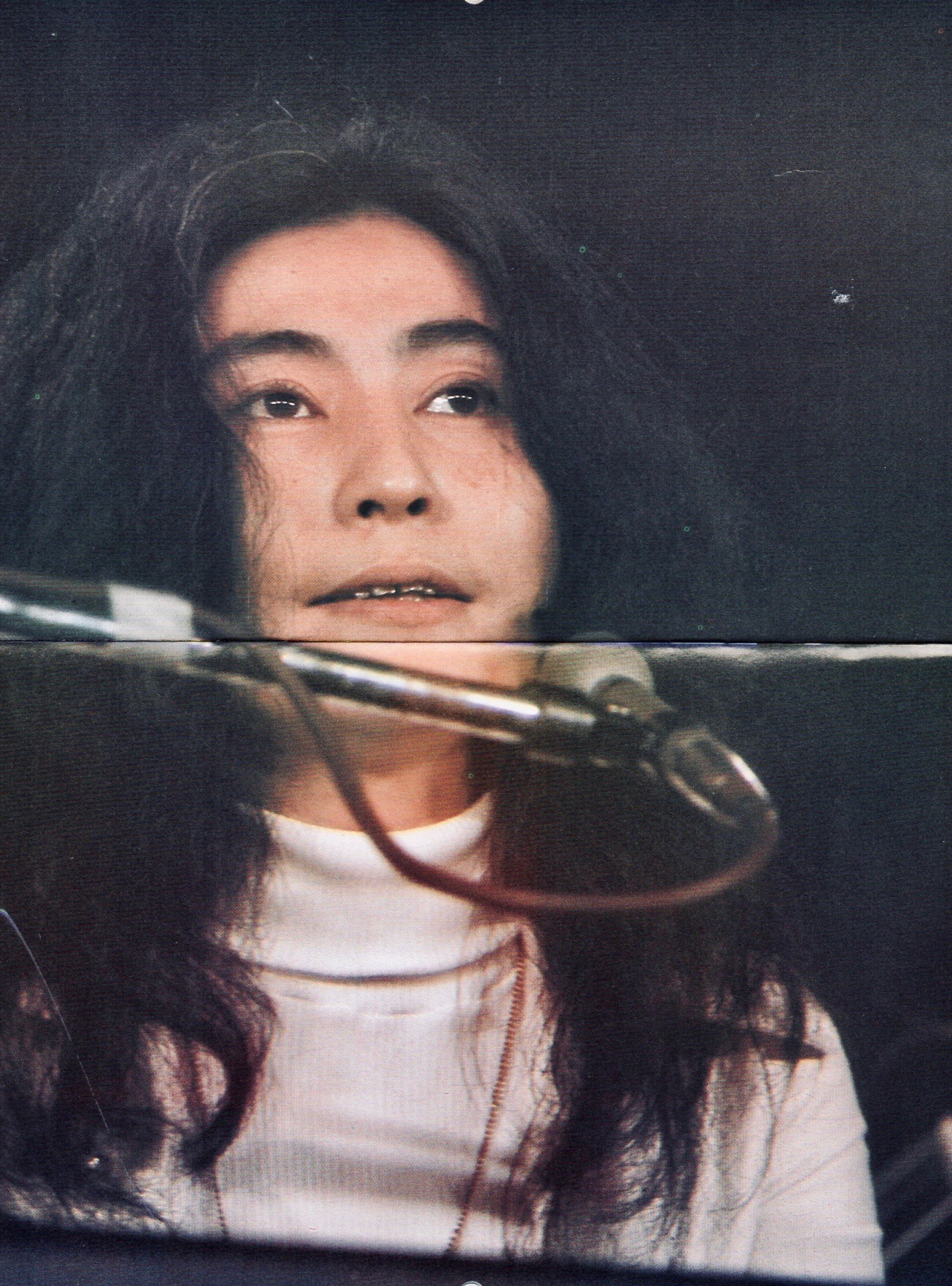