The Other Half of the Sky 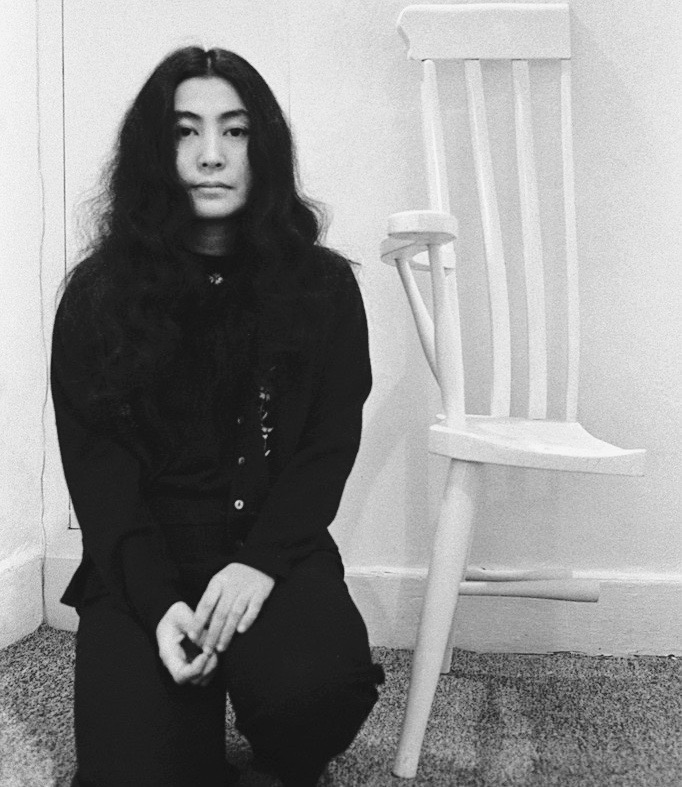 The show took place at Lisson Gallery in Marylebone, West London in October/November 1967. Yoko’s exhibit featured half a room filled with household objects and furniture all painted white and neatly cut in half. Only half of each object was displayed. This invited viewers to imagine the other half and determine for themselves if the room was half empty or half full.

As a thank-you to John for backing her, Yoko invited him to participate in her show although she had never invited collaborations before. He suggested, “Why don’t you put the other half in bottles?” Yoko thought this was an incredibly beautiful thought – John’s best idea since hammering an imaginary nail (into her Hammer a Nail In piece) at Indica.  He was once again on her wavelength. For John’s ‘half’ of the exhibition, glass bottles were labelled, half-a-painting, half-a-music, half-a-door, half-a-letter, half-a-wind, half-a-cupboard, half-a-shoe, half-a-life, and half-a-jacket. The bottles were later sold as art pieces.  The only indication of John’s participation were his initials “J.L.” on the labels underneath the bottles.

Beatle John, not wanting to cause a sensation did not attend the exhibition. He described the exhibition as all “beautifully cut in half and painted white…That was our first public appearance, but I didn’t even go and see the show, I was too uptight.”

Feeling at the time that “there was a half empty space in my life” Yoko wrote the exhibition text:

Some Notes on the Lisson Gallery Show

“I think of this show as an elephant’s tail. …Life is only half a game. Molecules are always at the verge of half disappearing and half emerging. Somebody said I should also put half-a-person in the show. But we are halves already. It is sad that the air is the only thing we share. No matter how close we get to each other, there is always air between us. It is also nice that we share the air. No matter how far apart we are, the air links us.” – Yoko

Yoko wrote a letter to Nicholas Logsdail, owner of the new Lisson Gallery which had just opened in 1967. She proposed a meeting, giving him directions to her apartment, in reverse. The letter was later published in the second printing of her book, Grapefruit (originally published in 1964). 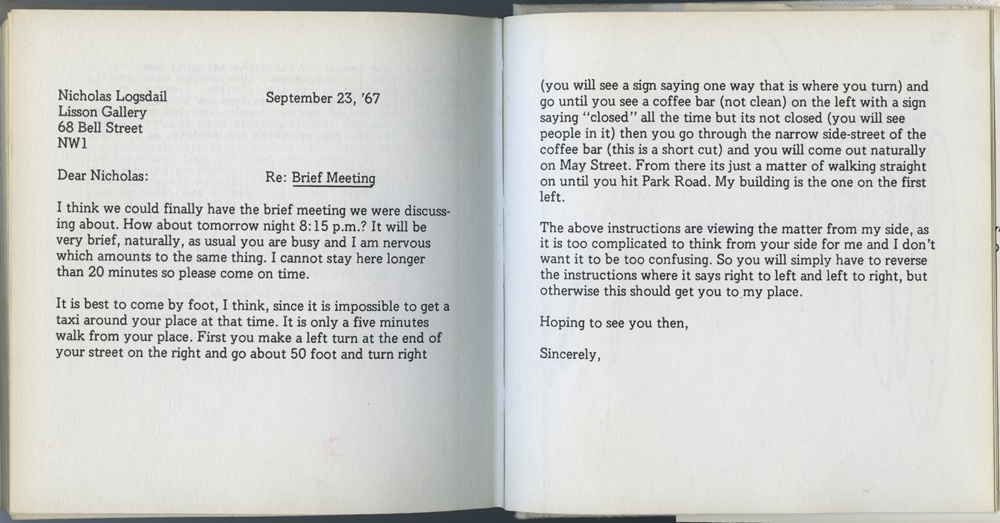 “Someone introduced me to Yoko Ono. She said, ‘You’re the guy who just opened a gallery. Can I come have a look?’ and I said, ‘Of course you can,’ and she said, ‘Maybe you should look at what I’m doing first.’ Then I got this letter, which was reproduced in her book Grapefruit. I literally did follow her instructions and, with a little bit of difficulty, found my way there, but I got lost and was 15 minutes late. Everything was painted white, it was rather grand.”

One year later in November 1968, John and Yoko released their album Unfinished Music No. 1: Two Virgins.

“I have always believed in unfinished work.

I got that from Schubert, you know, the ‘Unfinished Symphony’.”

Half-a-Room was the title of Yoko’s exhibition at the Centro Cultural Banco do Brasil in São Paulo (November 2007 to February 2008). At age 80, Yoko’s 2013/2014 retrospective, Half-a-Wind Show (named after her 1967 exhibition at Lisson) toured museums in Europe. 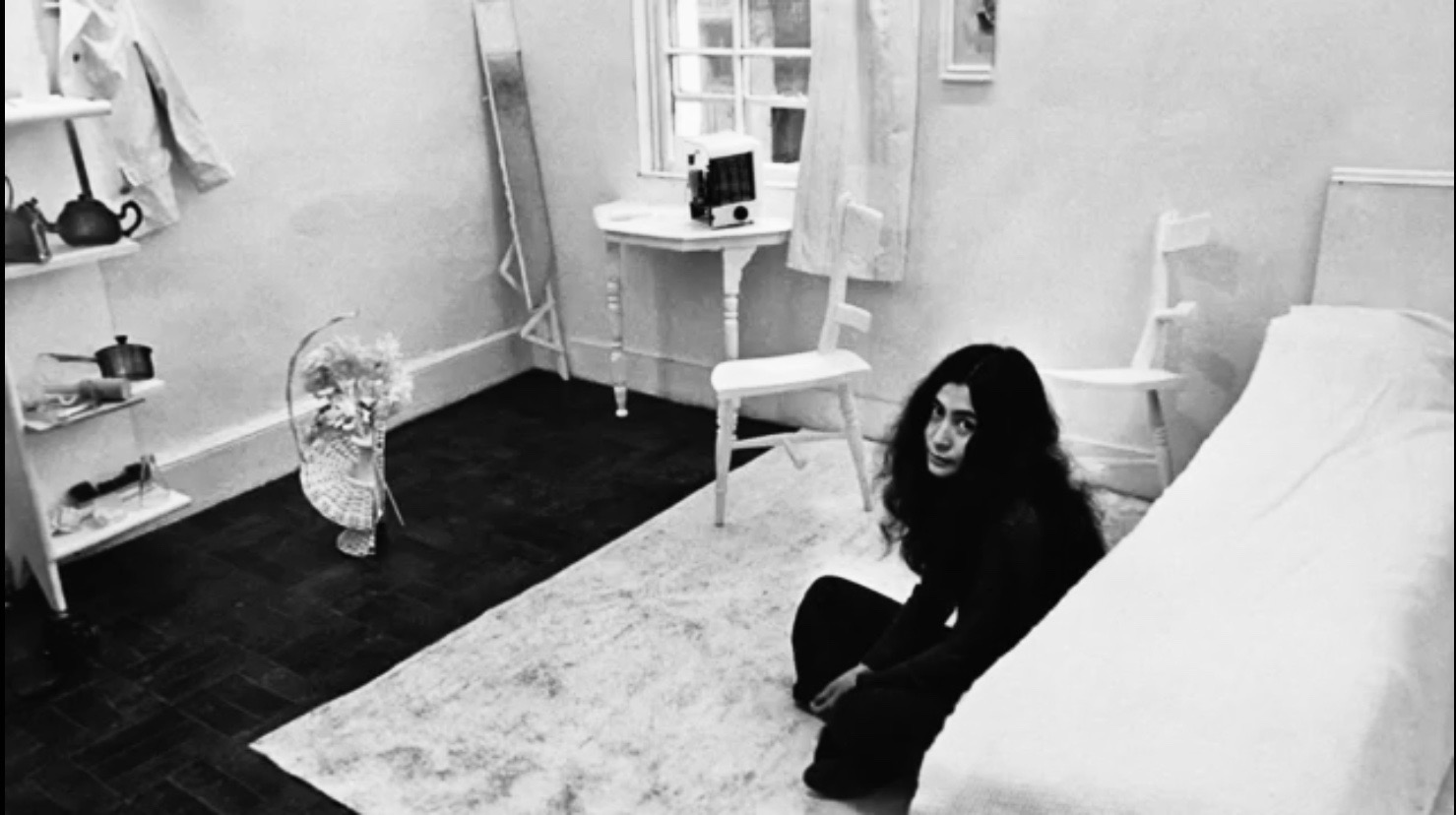 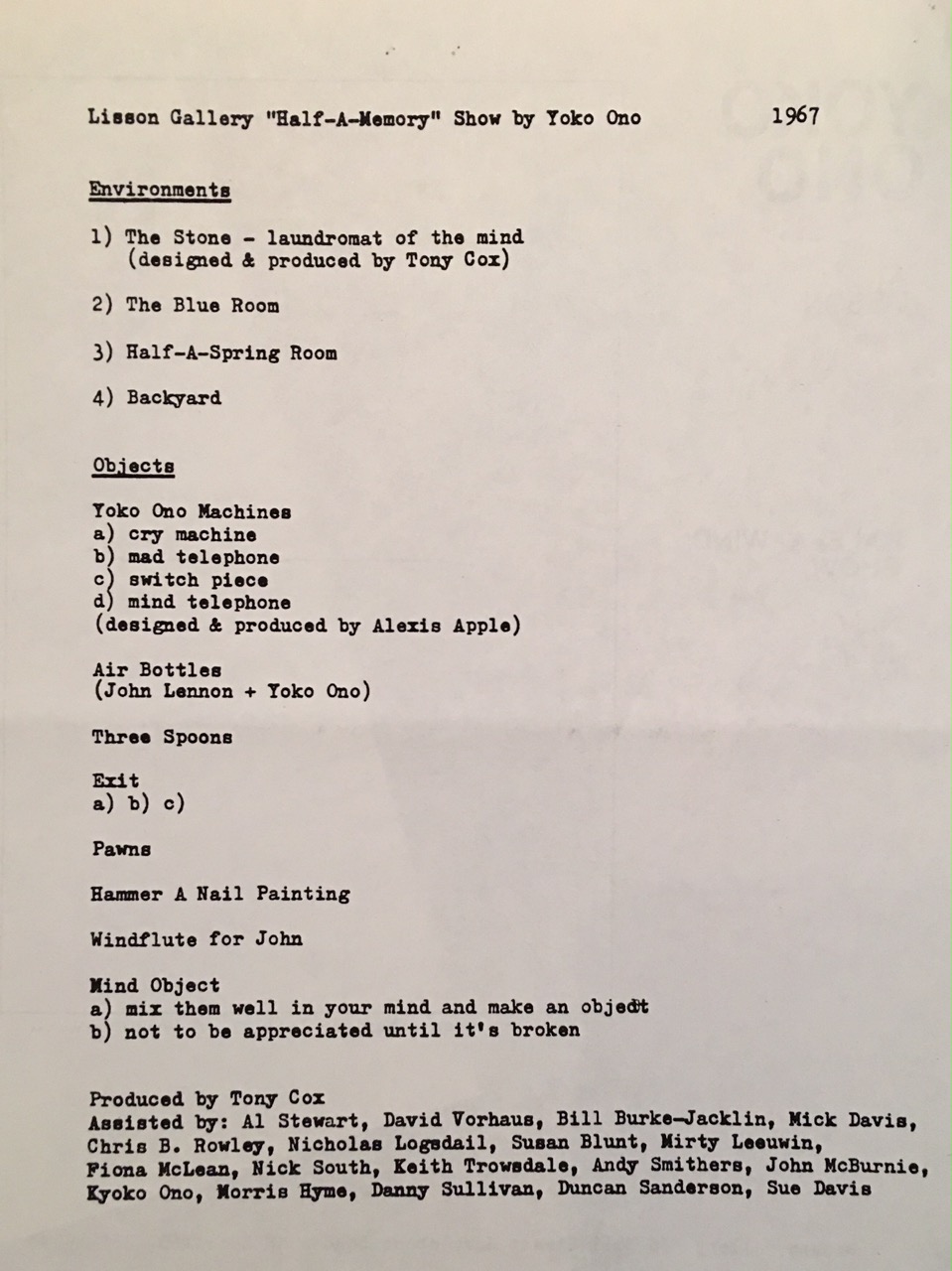 Bits and pieces of the old room:

The me who is sitting on the edge of them is a very different me from those days. 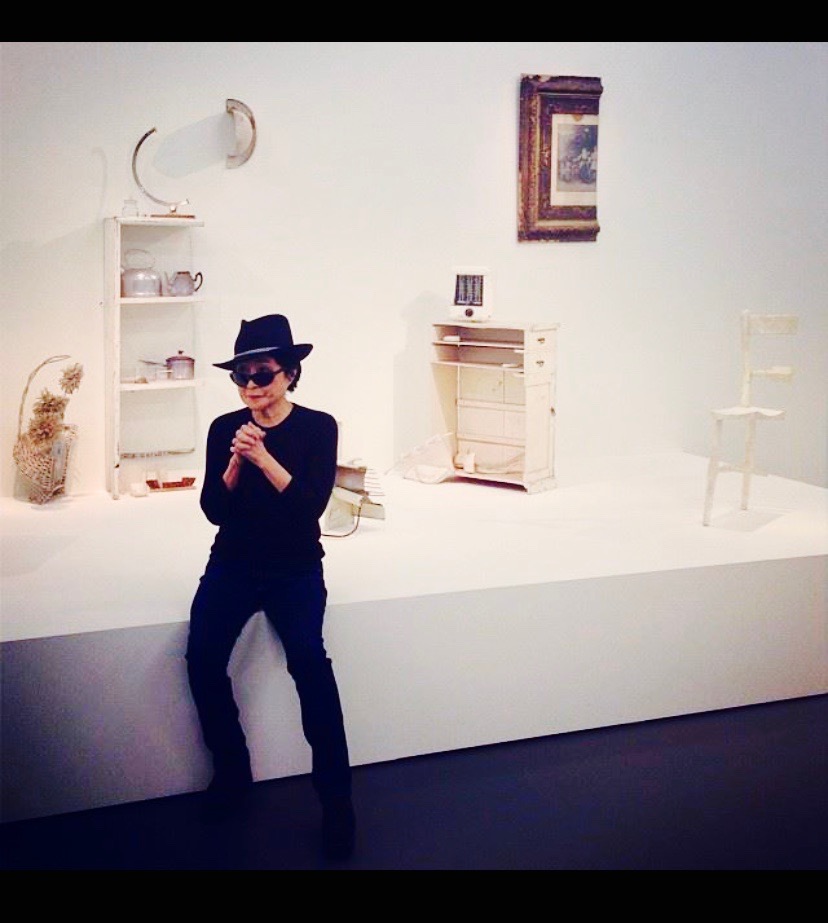 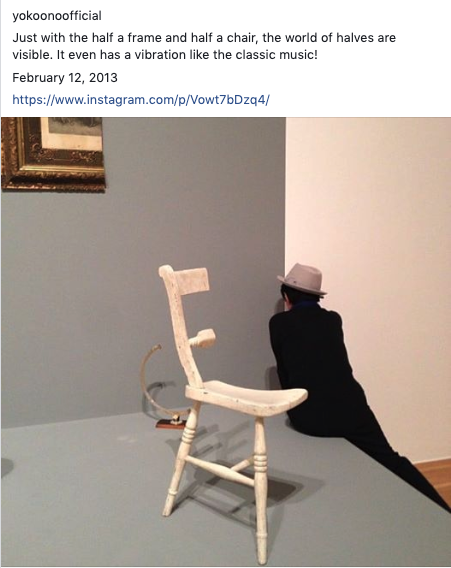 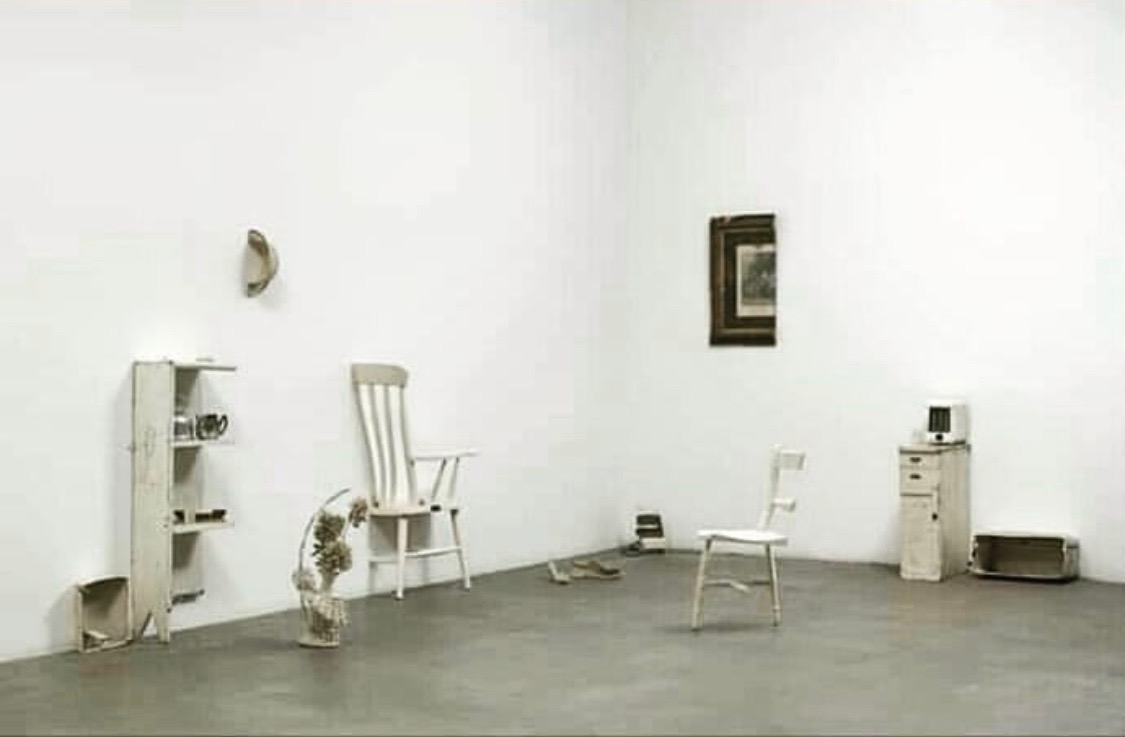 This is an excerpt from my book