(An excerpt from my story, Klaus Nomi – Riding The New Wave )

On December 15, 1979 David Bowie was the musical guest on NBC’s Saturday Night (Live), a live TV show taped in New York City. This performance is now legendary. It was impossible to get tickets. My friend’s dad (a VP at WNBC television) apologized for not getting us a seat inside the studio, but we could stand near the control room. This was even better, since it was right outside the dressing rooms! We attended the afternoon run-through rehearsal at 4:00 pm, and went home that night to watch the live TV broadcast. 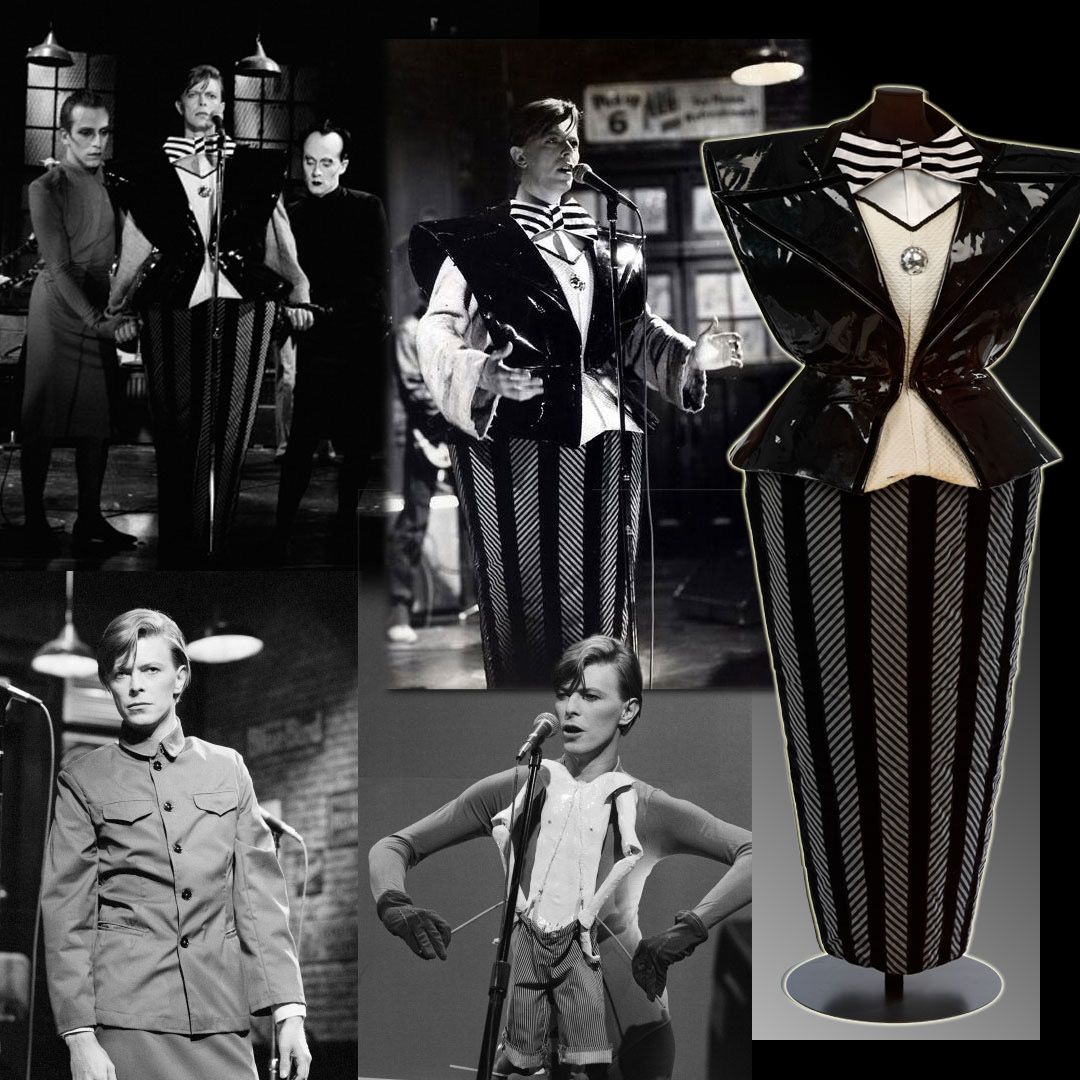 I divined Bowie’s presence as we went up the elevator. Something was actually different about the air! The studio was buzzing with excitement. The Saturday Night Live cast members were jumping around yelling, “BOWIE IS IN THE BUILDING!!” When we exited the elevator on the 8th floor, everything was glowing! When we walked by Bowie’s dressing room door I got chills, and when he came out I had tears in my eyes!

I suddenly recognized Joey from Fiorucci (also a member of Klaus Nomi’s band) in the hallway. Joey – the now world-famous diva – would outfit me in some fabulous Fiorucci clothes when he managed the fabulous NYC store. At Christmas time in 1979, Fiorucci sold a postcard with a picture of a bizarre looking fellow which read, ‘Klaus Nomi’. Thinking it meant ‘Merry Christmas’ in German, I bought the card.Joey excitedly explained that Bowie had asked them both to sing back-up vocals on the show. Bowie stood with a peculiar little guy dressed in black, and proudly introduced his new friend ‘Klaus Nomi’. I was excited to see the postcard photo come to life, and to meet Bowie, who was stunningly ethereal, yet very sweet! Bowie came over and smiled at me unblinking with those crazy eyes of his, and kissed my hand – OH GOD!! Bowie is not human! He is made of wax! He smiled again as he passed me by and I felt neon rays beaming into my eyes! He should be in a glass case lit by a bright white light in a wax museum as a space specimen!  These three stunning creatures in exquisite makeup enraptured me. I asked who did their fabulous makeup (the meticulous details were not visible on TV). They boasted that they had decorated each other, “Joey did mine and I did his, and we did David’s!” Boys will be girls! 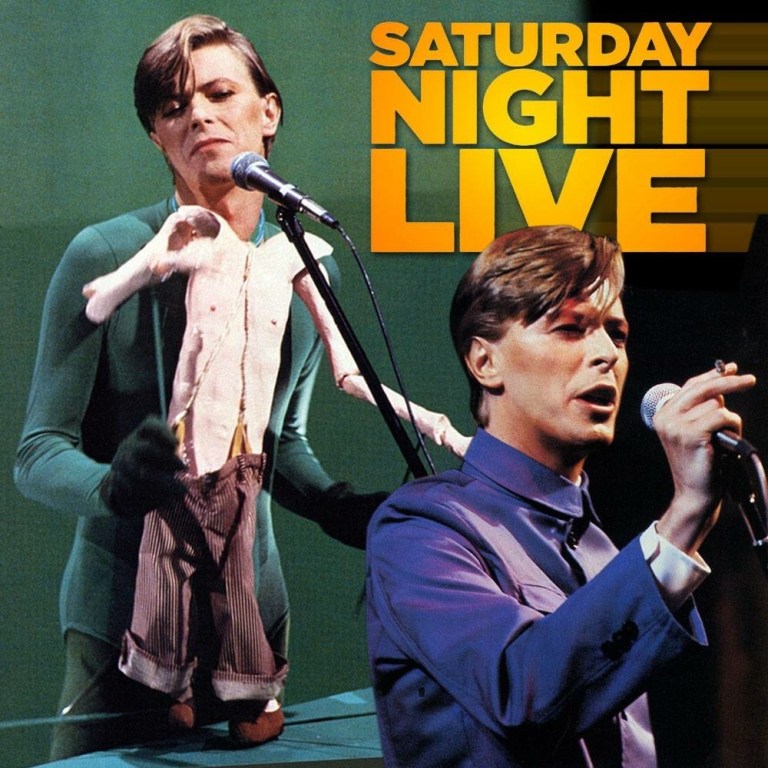 We stood in the studio and it was the closest I ever got to heaven! It looked like a weird space ritual! First they performed ‘The Man Who Sold The World’. Joey and Klaus had to carry David on-stage because his bizarre sculpted Dadaist costume encased his legs. Klaus and Joey sang backing vocals. You could clearly hear Nomi’s authentic, immaculate countertenor – a wondrous gift that would evoke emotion and astonishment in any listener. Back to the dressing room…

Bowie emerged for his second song ‘TVC 15’ – in drag! It was a drab gray Communist China style airline stewardess suit with a long calf-length skirt. David’s look was inspired by a work by the father of photomontage, Jon Heartfield. David’s outfit was accessorized with hideous gray suede sling-back shoes. If I had not been leaning on a wall, I surely would have fallen over backwards and fainted! It was delightful to see that Bowie was back to his old glam/drag tricks!

The trio then rehearsed their ‘macho’ dance moves for ‘Boys Keep Swinging’ in the hallway. For the broadcast, Bowie’s torso was replaced by a puppet’s body, which he wore over a green leotard. Bowie manipulated the puppet’s dancing arms and legs, with his body blocked out by the use of green-screen effects. Although a ‘questionable’ lyric was muted (‘other boys check you out’) the censors did not notice the puppet’s ‘excitement’ below the belt at the song’s climax, which David cunningly reserved for the live broadcast!

The suit that Bowie wore during ‘The Man Who Sold The World’ was based on a costume designed by Sonia Delaunay and worn by 1920s Dadaist artist Tristan Tzara for the play Le Cour a Gaz (The Gas Heart). The hard plastic sculptural silhouette, mimicking a tuxedo completely encased David’s legs. It was accented by an oversized striped bowtie. The costume was designed by Bowie, with Mark Ravitz of Brooks-Van Horn Costume Company. Bowie’s written instructions to Ravitz read, “Access into and out of to be easy. (back-door/gate?)”

Replicating Bowie’s monochrome Dadaist outfit would cost $1,500, which Klaus could not afford. However, the costumer was so moved by Nomi’s passion that he agreed to make him a triangular plastic tuxedo bodice.

Nomi’s now legendary TV appearance with Bowie secured a record deal with RCA records in 1980. A European tour ensued. In Paris, the entire fashion community was intrigued by Nomi’s angular, polished and glossy look. Everybody who was anybody wanted to meet him.

I accepted Mr. Nomi’s invitation to his concert at Hurrah! and was honored to see him perform many times thereafter.

Nomi’s amazing stage visuals depicted a Kabuki-Cabaret. Klaus descended from outer space in a cloud of smoke (dry ice actually, showering the audience with a cool heavenly mist). The Nomi character and his evocative vocals brought warmth to the synthetic sound – Kraftwerk with personality.

Each highly theatrical performance begat gasps and rapturous applause. Anyone could appreciate his pop-operatics. His songs were keyboard-laden with melodic guitar, and Nomi’s stunning vocals. The classical arias were captivating, especially with the freaky visual juxtaposition. This was something else completely – something special!

For his final performance ever, on German TV (an intensely stunning and regal rendition of ‘Cold Song’ with a full orchestra), Klaus wore an ornate Baroque outfit with a grand ruff collar. Then he suddenly and mysteriously disappeared forever. Klaus Nomi died of AIDS at age 39 on August 6, 1983. Joey Arias remembers: “I still get goose pimples when I think about it…It was like he was from a different planet and his parents were calling him home. When the smoke cleared, he was gone.”

It’s tragic that it all started and ended so quickly. Nomi’s ashes were scattered in New York City. I will always remember his sincere, sweet smile and the twinkle in his eyes. He was so happy to finally be on the road to success with the big thrust that Bowie had given his career. His golden voice lives on.

Klaus Nomi is still admired by countless musicians, artists and designers worldwide, such as Morrissey who still plays Nomi recordings prior to his own gigs. (“Nomi sang like a man trapped in the body of a dead girl.”)

(All three of Bowie’s SNL costumes, along with the pink poodle prop, toured with the David Bowie Is exhibit worldwide, which debuted in 2013 at the V&A in London!) 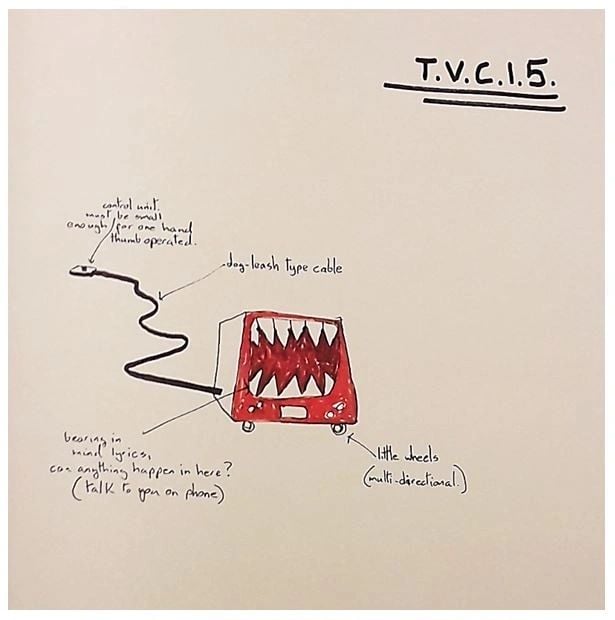 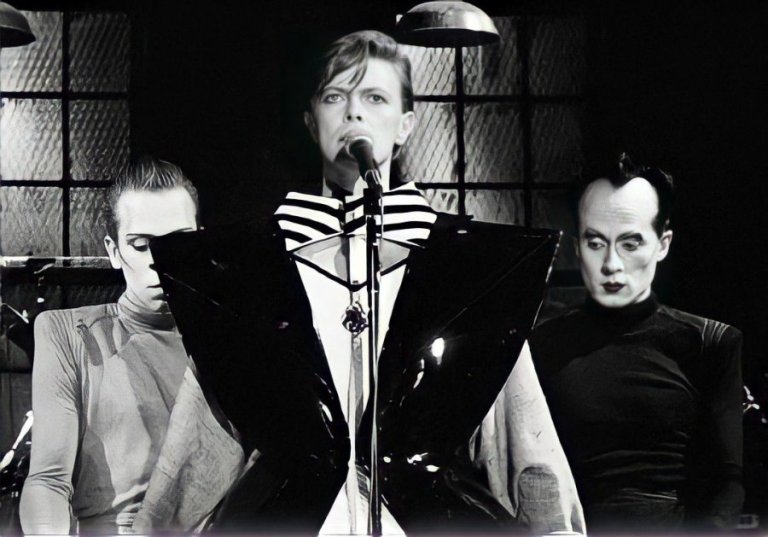 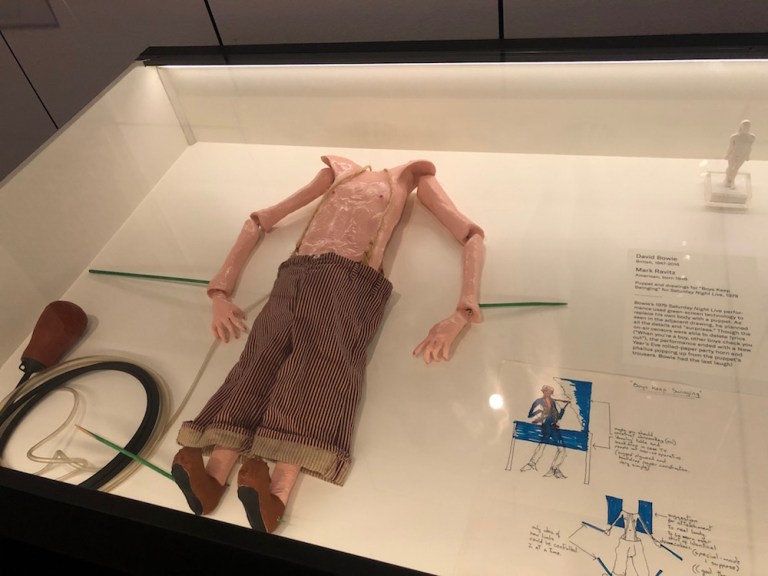 © Madeline Bocaro 2017. No part of the text on this site may be copied, photocopied, reproduced, translated or reduced to any electronic medium or machine-readable form, in whole or in part, without prior written consent. Any other reproduction in any form without the permission of Madeline Bocaro is prohibited. All materials contained on this site are protected by U.S. copyright law and may not be reproduced, distributed, transmitted, displayed, published or broadcast without prior written permission of Madeline Bocaro.