Lou issued this double album consisting of endless guitar feedback and ambient drone noise, quite possibly as an F-you to the music industry, to his critics and to others unnamed. It made ‘Sister Ray’ sound like ‘Jingle Bells’.

In his mind, this was probably a lengthy meditative “Ohm”, tuned to a frequency only pleasing to Lou himself with absolutely no regard for the ears of others. I wonder what dogs think of it.

The album is dedicated to speed – the chemical formula for Benzedrine is part of the album art. It is packaged with extensive self-indulgent and condescending liner notes written by Reed himself, daring anyone to like it.

“Most of you won’t like this, and I don’t blame you at all. It’s not meant for you.”

“My week beats your year!”

“Anyone who gets to side 4 is dumber than I am.”

Rolling Stone called it the “Worst Album by a Human Being” in their year-end poll.

There were rumors that I couldn’t stand tours because I was all fucked up on dope and my mind was going. I put out Metal Machine Music precisely to stop all of it. No matter what people may think of that record, it wasn’t ill-advised at all. It did what it was supposed to do. But it was supposed to do a lot more. I mean, I really believed in it also. That could be ill-advised, I suppose, but I just think it’s one of the most remarkable pieces of music ever done by anybody, anywhere. In time, it will prove itself.”

RCA’s executives were highly disturbed by Lou’s delivery of this demented disc. It was withdrawn from sale within three weeks of release.

Most likely a surprise to himself, Reed gained an appreciation of his own abominable noise, as did many of his fans. The album’s legend grew over time, heralding Punk and Industrial music. Lou stood by his work amidst the harshest criticism of any album, ever.

The last groove on the album is a continuous loop – meant to go on forever.

On the CD reissue, the locked groove was replicated for the final two minutes, with a fade-out ending.

Metal Machine Music was remastered for a 25th Anniversary release in 1999.

A new arrangement of Metal Machine Music was performed live in Berlin in March 2002 by a classical ten-member chamber ensemble, Zeitkratzer at the MaerzMusik festival in Berlin. (The 2002 performance was released in 2007). The arrangement of Reed’s twisted savage piece was performed featuring classical string, wind, piano and accordion.

Lou gave an interview onstage, speaking for the first time in public about the musical details of MMM. He then played wildly distorted guitar for the final three minutes.

‘I always really loved it.  There’s all kinds of rumors about this record– that I made the record to get out of the contract, that it was a joke, that I didn’t really like it … I really loved it. That’s why I am here.’

Lou’s love of guitar feedback and experimental tunings resulted in:

“…a keyless album of ever-changing rhythm with no lyric or vocal – pure guitar-driven sound in which to surround and intoxicate yourself.”
“I like very physical music. ‘I like the sound to affect your body, to have the sound physically touch you. When a sound wave hits another sound wave it makes something happen … It was what I liked about rock – freed from a song.”

Another new interpretation of MMM by Zeitkratzer was released in 2014.  Over ten years of Zeitkratzer’s MMM live performances at numerous and varied international festivals, Lou Reed’s latent masterpiece was rediscovered as a 20th Century classic.

Reed considered the album a continuation of his Velvet Underground aesthetic and in the new liner notes for Zeitkratzer’s 2014 release he writes,

“There are melodies all over the place, but you might not catch them at first. It was not meant to just be a cacophony of noise … it was not just an assault on you, some sort of atonal attack, it was more complex than that.” 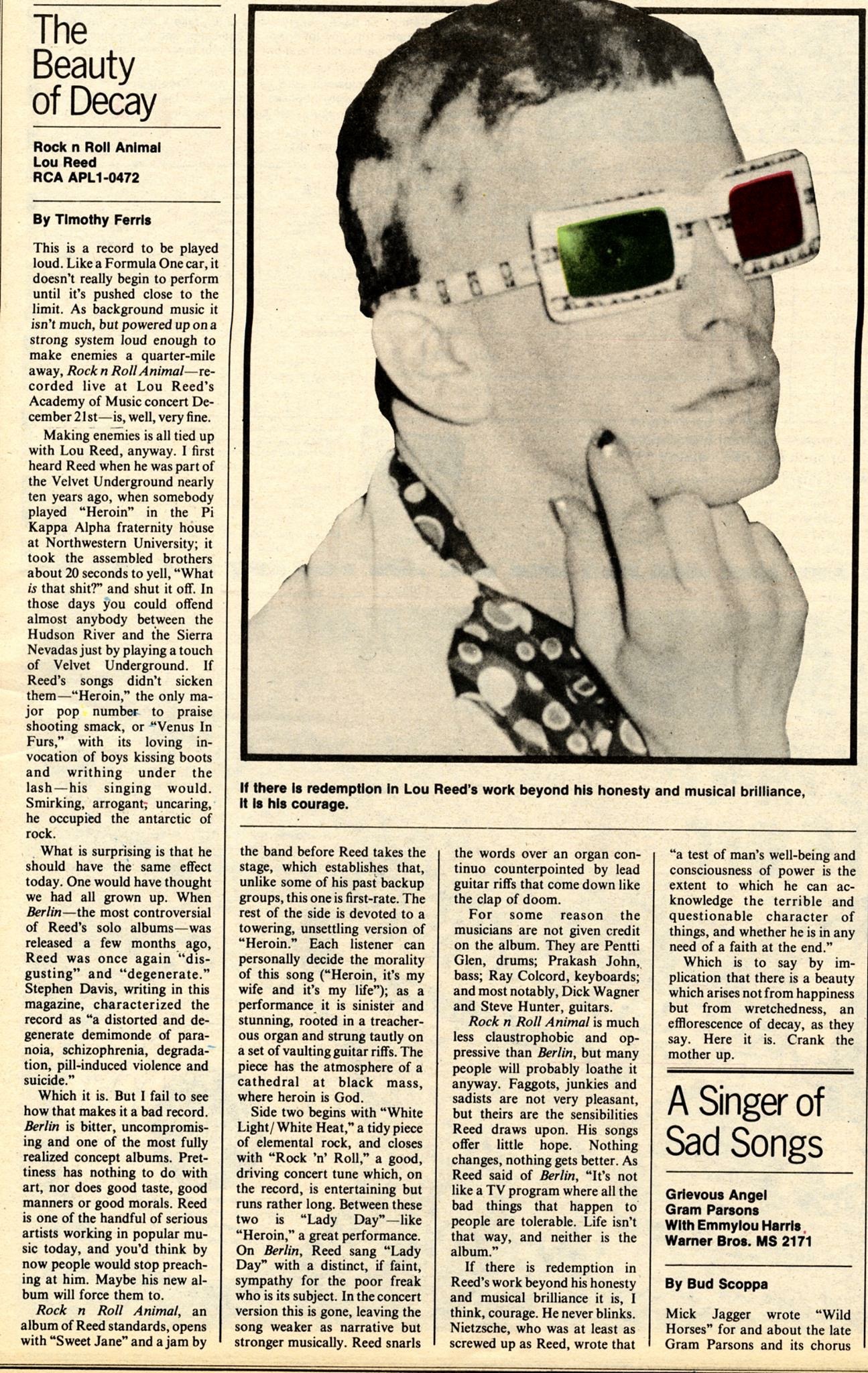