Lou Reed, our ‘man on the street’ always brought us all the news that’s unfit to print.

His album Street Hassle germinated during New York City’s grimy prime, just after the Summer of Hell in 1977. Bright flickering neon signs reflected in puddles of scum on the streets, exactly as the city looked in Scorcese’s film Taxi Driver. Son of Sam – a real life Travis Bickle was on the loose. Then the intense heatwave and 25-hour blackout which incited rioting, fires and looting – like scenes from Pirates of the Carribean. The President had forsaken the bankrupt New York City, denying federal assistance. A Daily News headline read, “Ford to City: Drop Dead”

In late 1977 punk and disco were in full swing in parallel universes, with rap and hip-hop simmering. Lou was in a completely different place –not a good one.  Still deeply into his speed and alcohol addictions, Lou was newly separated from his ‘Coney Island Baby’ (his very beautiful male partner, Rachel).

The first thing we see when we pick up the new Lou Reed album at the store is the warning sticker, placed on the cover by Arista records: ‘This album is offensive.’ Now we know that we are in for a real treat from our wicked messenger!

Street Hassle has a buzz – a fuzzy vibe that whirrs through your body. Lou achieved an incredible droning guitar sound throughout the album, most of which was recorded live on a European tour. There were extensive studio overdubs. He utilized a German experimental Binaural recording technique (with microphones inserted into mannequin heads to capture the ambiance) which makes the album sound great in headphones, but not neccesarily as good through conventional speakers.

The album deceivingly starts with an upbeat song, ‘Gimmie Some Good Times’. The beginning chords of his old VU classic ‘Sweet Jane’ start the song, as Lou banters with himself. Then we get into the swing of things with ‘Dirt’ – the ultimate, nastiest put-down (of a former manager).

The album’s eleven-minute long masterpiece ‘Street Hassle’ is a way beyond bittersweet symphony, divided into three sections; ‘Waltzing Matilda’ / ‘Street Hassle’ / ‘Slipaway’. The gorgeous, mesmerizing cello intro is repeated throughout the piece; a soundscape of gritty 1977 New York City. It could have been the soundtrack to Taxi Driver. The explicit lyrics are loosely based on the overdose and mysterious death of Warhol film star Eric Emerson. There’s a gorgeously haunting and soulful female vocal interlude. After a simple, lovely and intimate throbbing bass section, Bruce Springsteen voices an uncredited spoken word part, in which he references his own song ‘Born to Run,’ “Tramps like us, we were born to pay.”

“The very end speech the character gives in “Street Hassle” is like a Tennessee Williams monologue.” – Lou Reed

Lou returns to lament the loss of his lover, Rachel…

Oh how I miss him baby

“That person really exists. He did take the rings right off my fingers, and I do miss him… They’re not heterosexual concerns running through that song. “I don’t make a deal of it, but when I mention a pronoun, its gender is all-important. It’s just that my gay people don’t lisp. They’re not any more affected than the straight world. They just are. That’s important to me. I’m one of them and I’m right there, just like anybody else. It’s not made anything other than what it is. But if you take me, you’ve got to take the whole thing.”

“…’So the first thing they see that allows them the right to be, they follow it/You know what it’s called?’ And here comes that line and it should punch like a bullet: Bad Luck’. The point of view of the guy saying that is so awful. But it’s so true. I only realize sometime afterward what Lou Reed’s talking about. I just try to stay out of the way.”

“Street Hassle was recorded at the old Record Plant. I was there, Patti Smith was there, Bruce Springsteen was there… I knew Steve Van Zandt and we asked Steve, would Bruce do this monologue? And Bruce said sure, and that was that… but don’t use my name. I wish all of Bruce’s fans would have gone out and bought it, but since we couldn’t use his name, they think it’s me imitating him. ”

The main riff of Lou’s title track resembles the synth/guitar piece ‘Strip 30’ by Krautrock pioneer Dieter Moebius, Michael Rother and Tim Story. Moebius is known for the groundbreaking German bands Kluster (1969) / later Cluster, and Harmonia (1974). Brian Eno admired both groups and collaborated with them. In 2021, Moebius’ colleague Tim Story re-worked and released loops and samples left behind after his passing in 2015. This piece was made with Michael Rother of Neu!

The Velvet Underground song ‘Real Good Time Together’ is reworked magnificently with flanging guitar creating an echoing warped metal saw effect beneath Lou’s monotone vocal. It is said that the jazzy ‘I Wanna Be Black’ was to be the album title. Although it has politically incorrect lyrics, it’s more of a twisted homage.

On ‘Leave Me Alone’ our singer repeatedly tells us to leave him alone over a really great groove with a nice buzz, yet we are entranced and can’t help but follow his previous instructions… 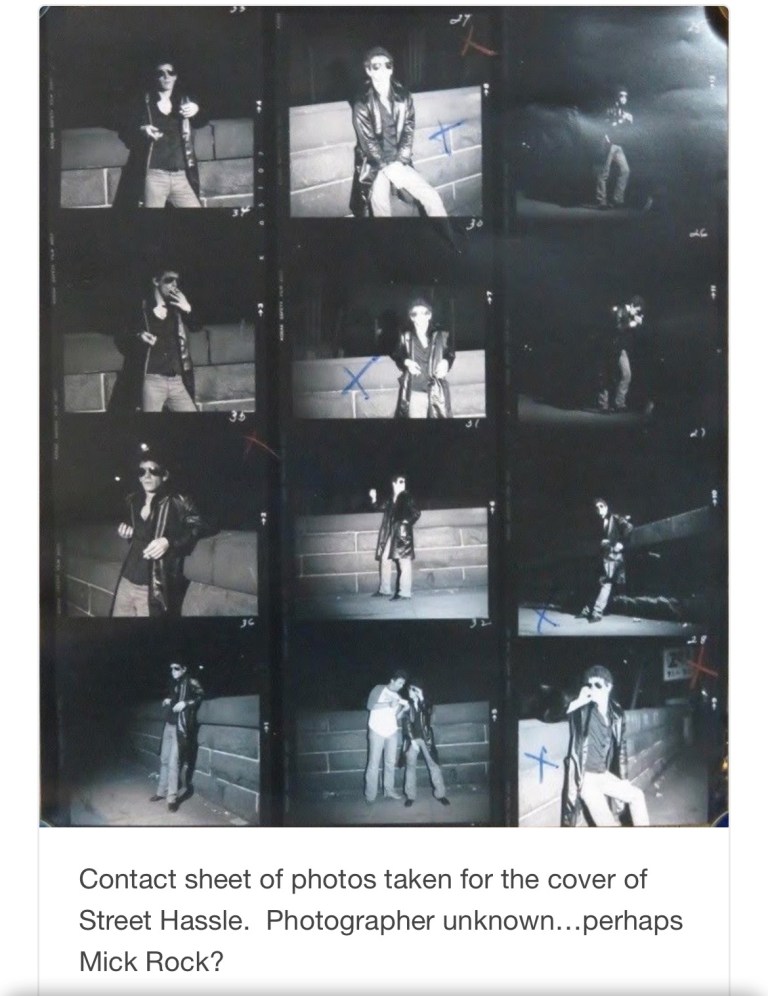 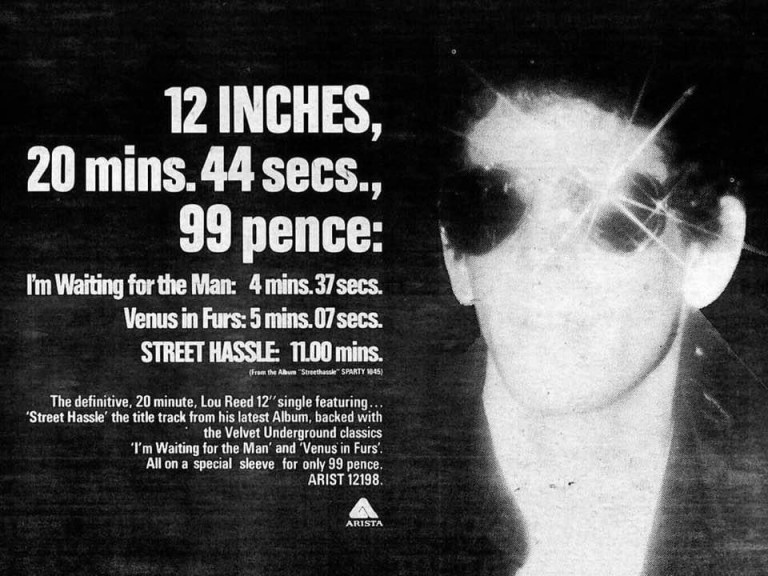 Equally stunning is the infamous, brilliant and hilarious NYC live gig captured from the Street Hassle tour (recorded in May and released in November 1978) as the double album, Take No Prisoners in which Lou Reed is the Don Rickles of rock n’ roll. His between-song banter is priceless!

I am thrilled that Lou inscribed my Street Hassle press folder with his immortal words,