The vicious animal on the back of Iggy Pop’s jacket is a strange animal. It inspired one of the greatest opening lines of a song ever, “I’m a street walking cheetah with a heart full of napalm.” The song is The Stooges’ “Search and Destroy” and the album is the legendary Raw Power, released in 1973.

As David Bowie has his own traveling exhibit featuring his stage costumes, it is fitting that we show appreciation for the rock n’ roll Shroud of Turin – Iggy’s jacket!

So, who designed the jacket, and where is it now? The faux-leather jacket’s designers were John Dove and Molly White.  In 1968 the media began to feature the work of John, the painter/sculptor and Molly a textile printer.  Soon their items were selling. Molly’s furnishing fabrics were being launched by Hull Traders and her original printed silks sold well at Liberty’s and at the Mr. Fish boutique (the designer of David Bowie’s infamous man’s dresses). In the summer, they designed some DIY pieces based on the American baseball with all the sections ready to cut and sew together.

Their ‘Wild Thing’ T-shirt (in tribute to Jimi Hendrix) featured a roaring cheetah (acutally, a leopard) head with the words ‘WILD THING’ beneath it. The shirt was pirated from America to Brazil to become the first global T-shirt hit. Its success launched rhinestones as a major T-shirt fashion and by 1973 John & Molly were selling thousands of shirts under their Wonder Workshop label.”

Their ‘Wild Thing’ jacket with green satin leopard print lining appeared in L’Uomo Vogue magazine in 1971. Only five jackets were made. Now represented by Bowie’s management company, Iggy bought one with his generous MainMan management stipend while the Stooges were in London recording Raw Power.

The same image also adorned T-shirts. The shirt was worn by Brian Connolly of The Sweet, and one by Marc Bolan as seen in the Sukita photographs.
Iggy later traded his jacket for $2,000 to Stan Lee, guitarist of the Dickies for drugs. He later tried to buy it back from Lee, who steadfastly refused his offer.

Many years later, in 1998 Lee sold the jacket to the head of the label Sympathy for the Record Industry for $3,000.

Excerpt from: The Flesh Machine / Vice.com

Where did you get the now-iconic leather leopard jacket featured on the back cover of Raw Power?
Iggy: “James Williamson and I were staying in Kensington, and there was a market. I went over there and, it was like Steve Martin in The Jerk or something, you know? Like, “Hey, it’s me! It’s who I am.” I bought it that day, and I bought a man purse, like a shoulder bag made out of—honestly it looked like it was made out of a black-and-white chinchilla cat. So I had that, I would walk around Kensington, Hyde Park, Mayfair, and Bayswater in my dressed-down leather pants. I had two pairs of leather pants—silver glitter leather, which were for, like, special state occasions like a Stooges gig or going out to a really big gig, and black leather pants, but instead of stitches there were rivets; they were heavy duty. And by this point I’d been to Anello & Davide and bought a new pair of Beatle boots because they still had some left over. I would sort of mince or trundle or slink around those neighborhoods, going on long walks, trying to figure out what I was doing, wearing the cheetah jacket, leather pants, and Beatle boots. [laughs]”

At age 63, do you still relate to that destructive forgotten boy in “Search and Destroy”?

Well, yeah, sure. I’m the same person. I’m like a small house that has add-ons, a historic hotel that has a new wing and now has spawned franchises.

But the original is still there.”

The Pants:
Tony Zanetta of Mainman was with Iggy when they bought the iconic silver riveted pants! He gave me this exclusive information:
“The Silver pants came from North Beach Leather’s Madison Avenue Shop in New York. (manager Tony) Defries has seen them in the store window and wanted Iggy  to have them. Iggy who was staying in Detroit with his parents had been sent for and was staying at the Warwick. Tony was bringing him back to London.  I was summoned to be his minder at the hotel for the few days before their departure to London. I’m a little fuzzy on the exact Time but it must have been early 1972. Tony gave me $500 to take Iggy shopping. We spent all of it on the pants. We were both a little intimidated having spent that much on a pair of trousers but Tony just laughed it off. There were obviously worth every penny.”

Iggy Pop, the icon of punk rock. “RAW POWER’ the seminal album by his band THE STOOGES, celebrates its 40th anniversary in 2013. At the time of its release in 1973, the jacket of Iggy, photographed by Mick Rock for the back cover of the album, became much talked about. The jacket was made by the U.K. punk label ‘WONDER WORKSHOP’ which was founded by artists JOHN DOVE & MOLLY WHITE. Gradually the jacket became an icon of RAW POWER, later called ‘the Iggy Pop Jacket’. To celebrate the 40th Anniversary of RAW POWER, John Dove & Molly White have reissued the jacket, with Lewis Leathers London.

In July 2013, when the Stooges performed at Yoko Ono’s Meltdown concert at Royal Festival Hall, Iggy left the stage during an instrumental break, quickly dyed his hair brown and emerged wearing the Lewis Leathers edition of his old cheetah jacket . He joyfully screamed out, ‘I feel better!’ So, in the end, Iggy got his jacket back!

Read about the Lewis Leathers of London limited edition of 26 jackets, printed using the original screens in 2013 for the 40th anniversary of Raw Power.

Hey Baby – We Like Your Pants! Iggy Pop’s Style

Hey baby, we like your pants… Funtime! Iggy Pop’s Style

© Madeline Bocaro 2019. No part of these written materials may be copied, photocopied, reproduced, translated or reduced to any electronic medium or machine-readable form, in whole or in part, without prior written consent. Any other reproduction in any form without the permission of Madeline Bocaro is prohibited. All materials contained on this site are protected by United States copyright law and may not be reproduced, distributed, transmitted, displayed, published or broadcast without the prior written permission. 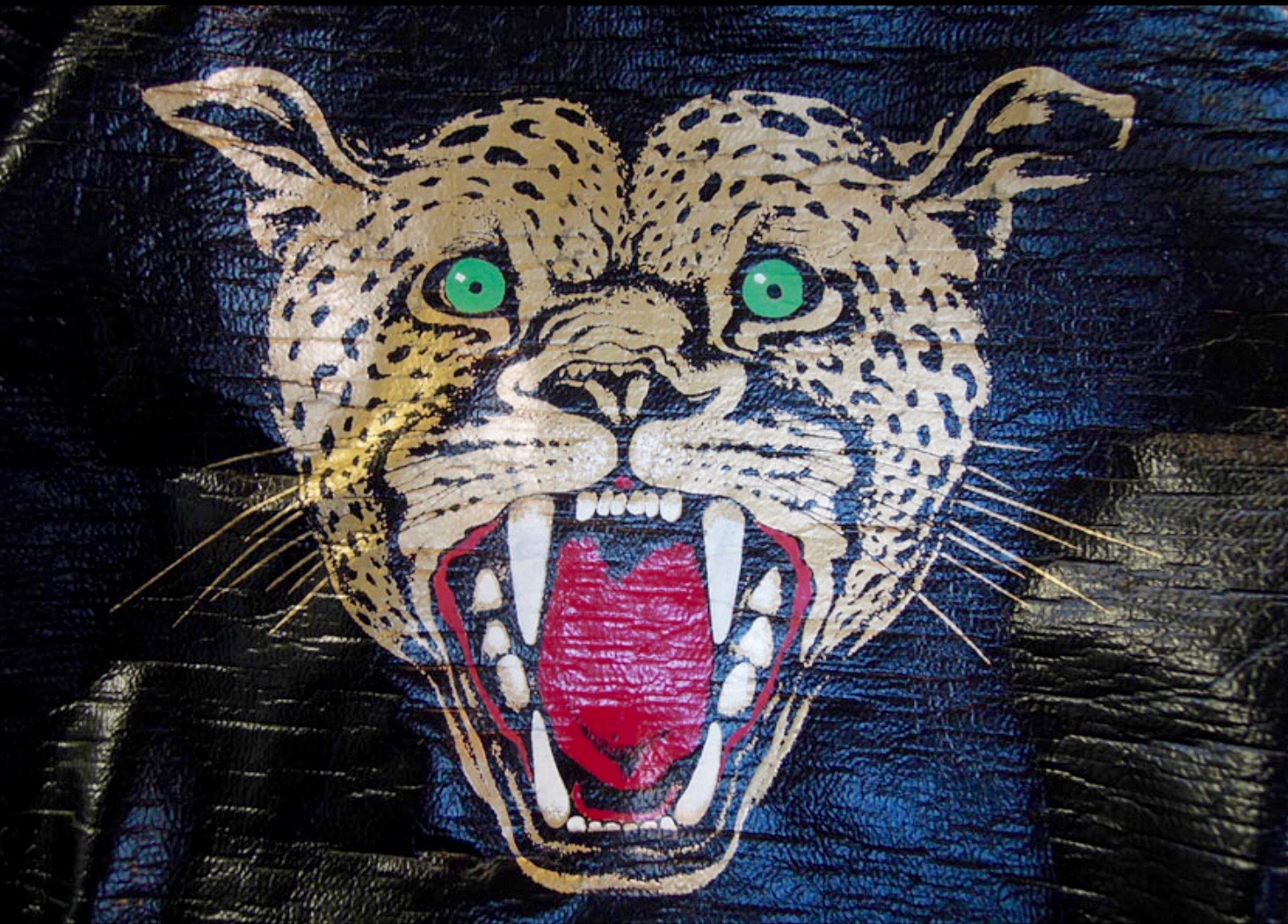 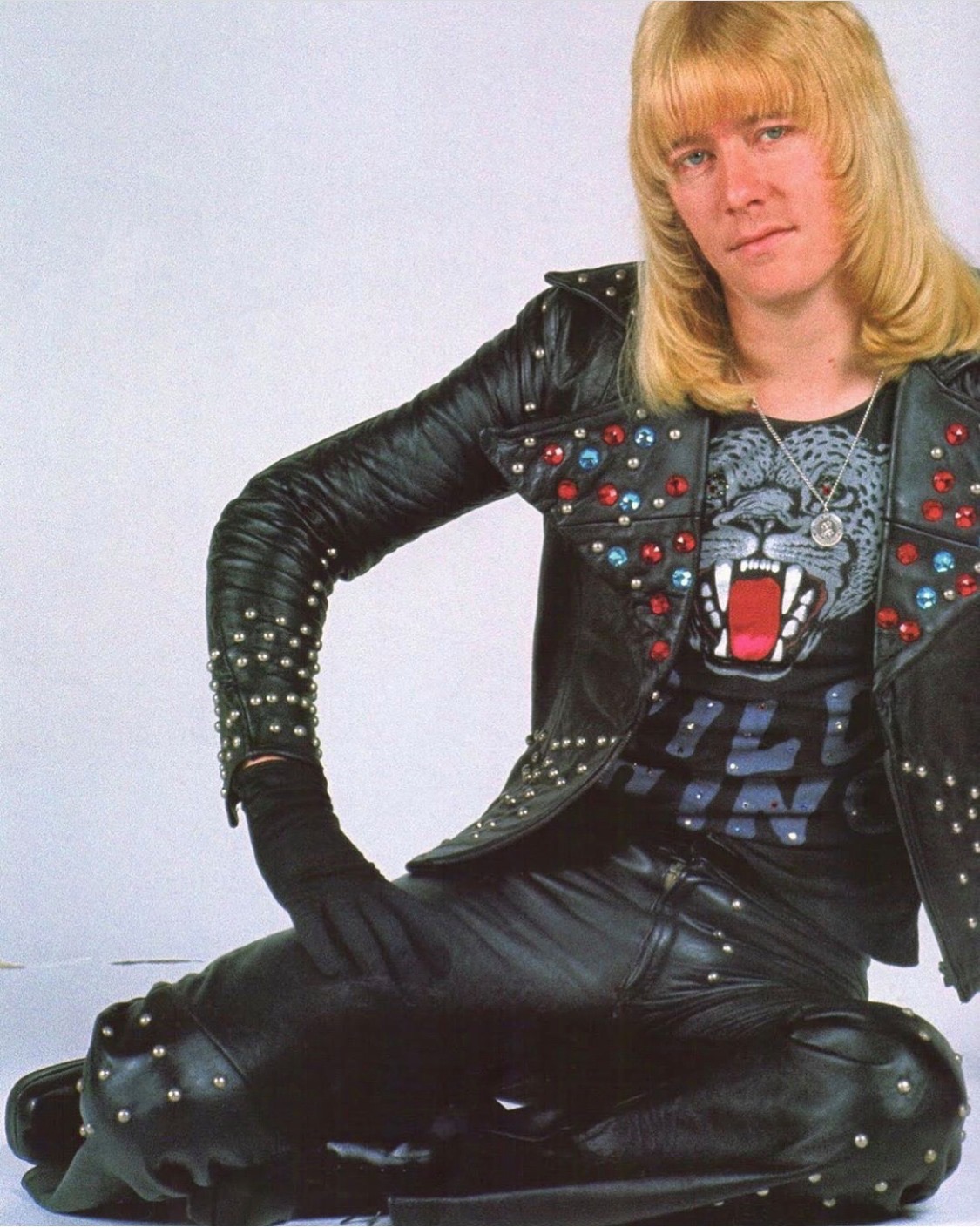 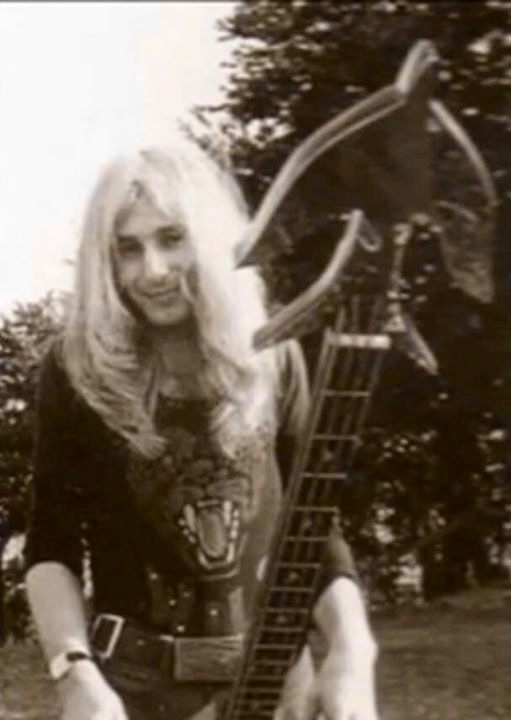 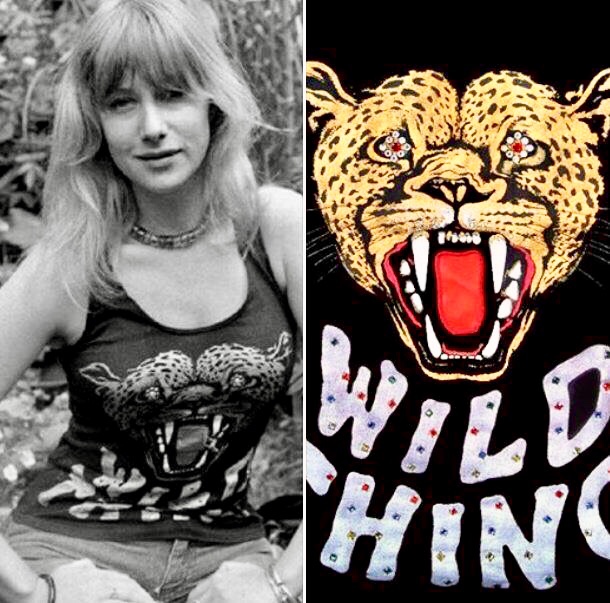 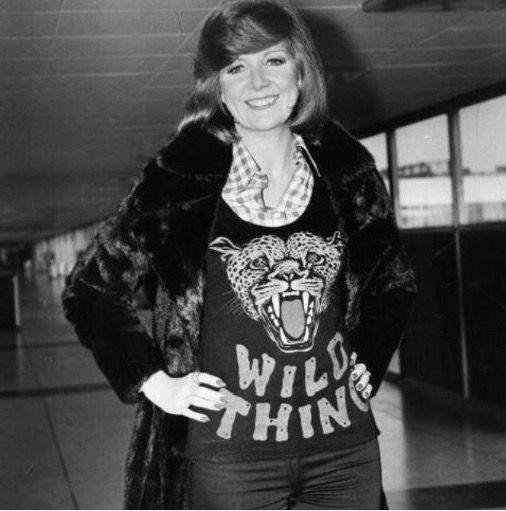 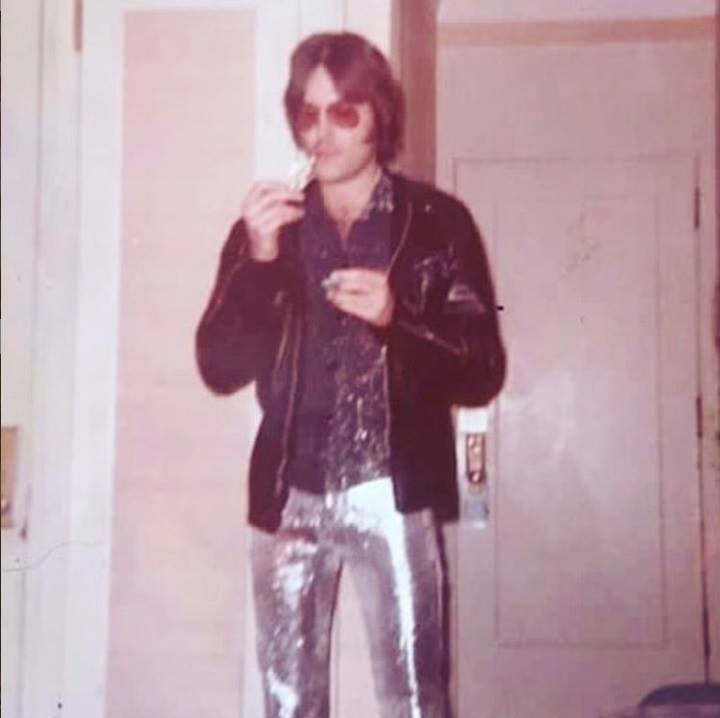 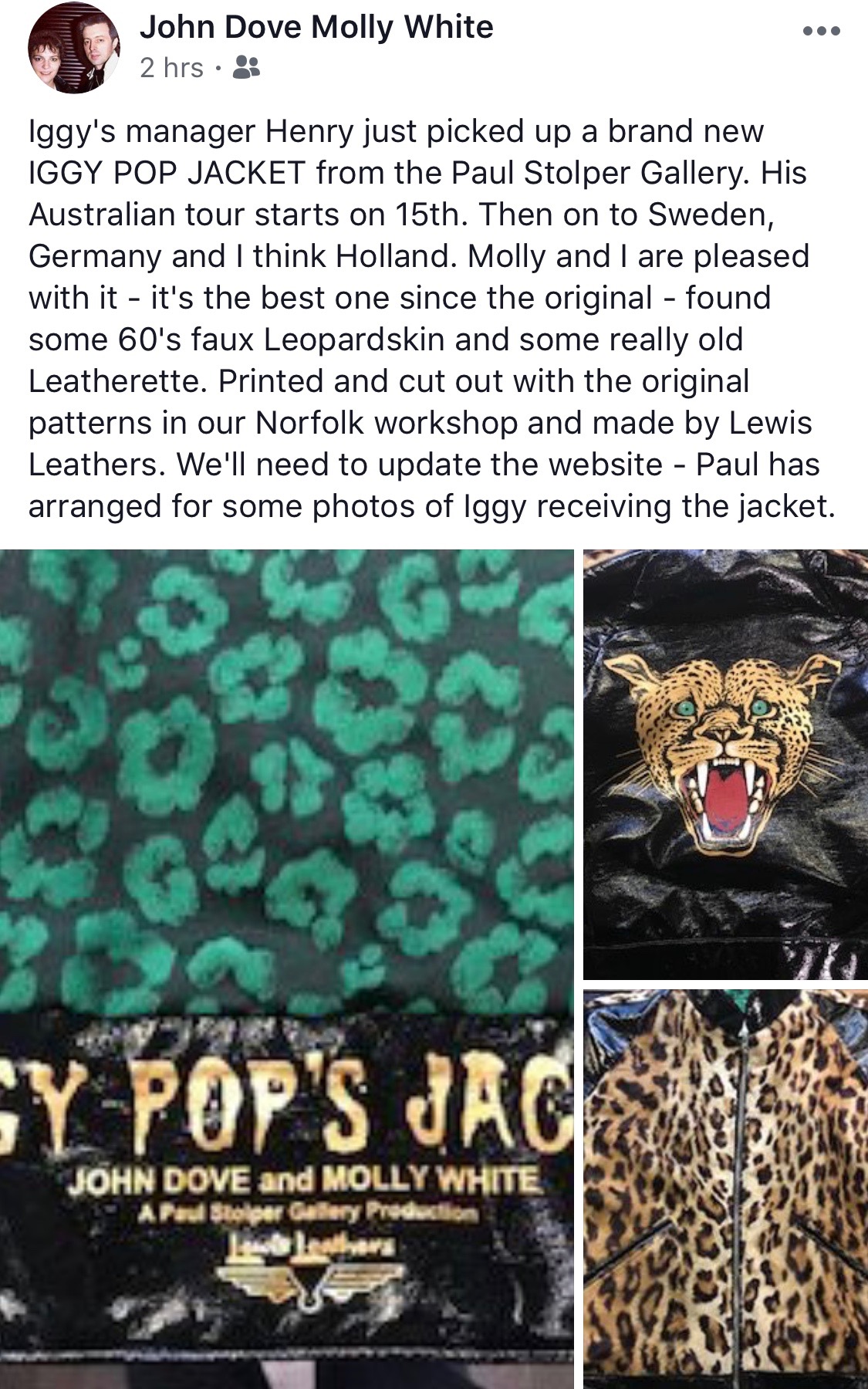