The Imagery of Lou Reed’s Transformer 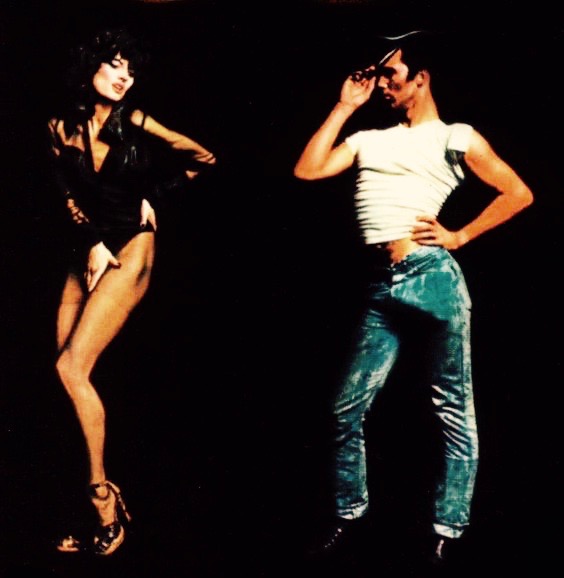 Lou Reed’s blackened eyes on the cover of his Transformer album are vacant. Lou looks like a superstar with his powdered white face, although his star had not yet risen. He is onstage – clothed in black velvet and sequins, holding his guitar. With this mask of make-up he is alluring, yet somewhat monstrous. He seems detached – elsewhere.

The iconic Mick Rock photograph – selected for the album cover by Lou himself  – is a live shot taken at Reed’s gig at London’s King’s Cross Cinema on July 14, 1972. The striking, slightly out of focus image became the avatar of glam rock. Lou’s faraway, borderline sarcastic look portrays a prescient boredom for the fame he might possibly achieve. (Lou later reprised this same image in blue, ten years later for another album cover, The Blue Mask (1982). 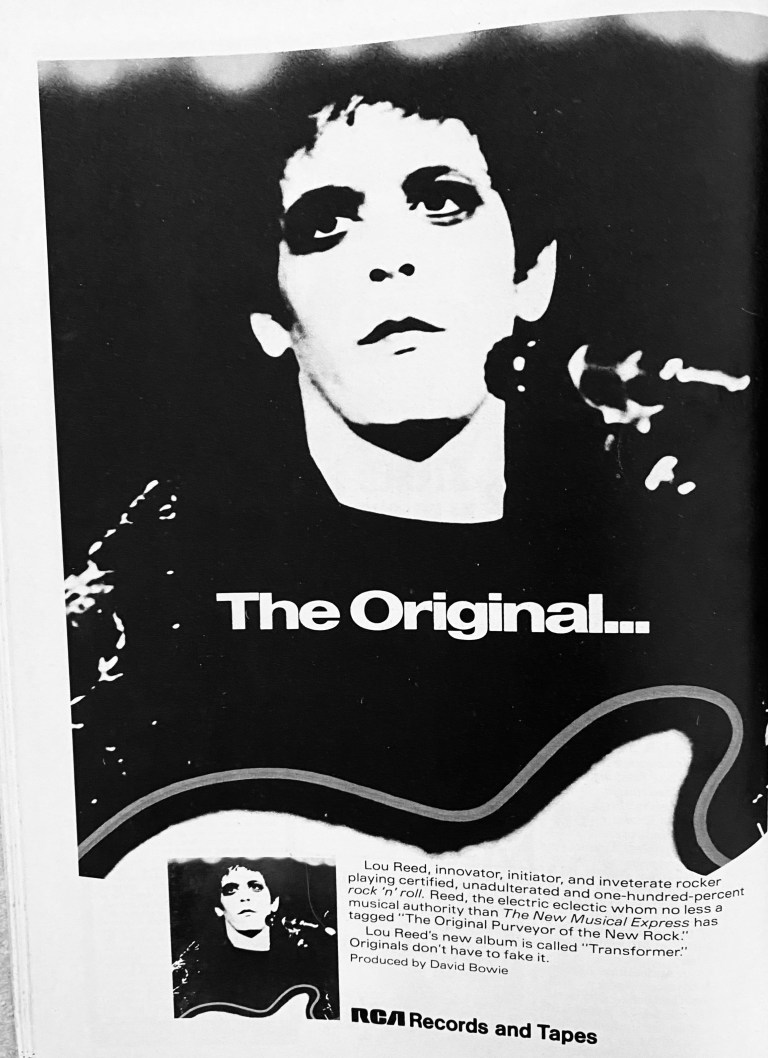 Transformer was Lou Reed’s second solo album, recorded in ten days in London with David Bowie and Mick Ronson producing. It was in the summer of 1972 following an unsuccessful debut (Lou Reed) after he left The Velvet Underground. Lou’s name and the album title at the top are fuzzy, representing the dual meanings of the word ‘Transformer’ – high voltage – the electrical connotation of a transformer, and also the blurred lines concerning Lou’s career and even his sexuality.  Lou was trying on the glamour just because he could, but after a year he abandoned this phony façade, returning to the covert depravity of underground street style which permeated his lyrics, and where he felt much more at home.

The album was released on RCA’s orange label Dynaflex made with re-ground rather than virgin vinyl – so flexible that you could practically see through it.

The sudden success of Transformer was quickly (perhaps deliberately) sabotaged by Lou himself on his next album Berlin the following year (1973). He took us from the partying wild side of New York City’s trans Warholian scene to the decadent European city. Lou again dredged up the sleazier characters who inhabited the songs of his former band, the Velvet Underground. Berlin is a beautiful creepy drug-addled cabaret about love, hate and decay. Yet both albums, Transformer and Berlin have become transcendent.

As teenagers, we gazed at album cover photos for hours, trying to interpret them and apply the images to the music within. At first glance, the back cover of Lou Reed’s breakthrough album Transformer seems like a before and after scenario. At exactly the same height, striking similar poses – with a left hand on each of their hips, a garishly made up woman mirrors a highly, impossibly oversexed macho man. The lyrics, ‘Shaved her legs and then he was a she’ in ‘Walk on the Wild Side’ lead us further to believe that they are the same person.

In reality, the couple are 1960s London supermodel Gala Mitchell, shot separately from Lou Reed’s former road manager Ernie with a large banana in his jeans (wrapped in a sock for even more impact). Many thought that the man was Lou himself, or that the bulge was real.

The photo was taken by Karl Stoecker who shot several glamorous cover girls for Roxy Music’s album covers, and also the two infamous geishas on the cover of Sparks’ Kimono My House album. Also on the style team was the influential 1970s stylist Antony Price, who had also dressed the models on Roxy’s covers.

As Transformer was produced by David Bowie (and Mick Ronson), we had to be sure that there was some strange monkey business and manipulation behind the imagery of the album artwork and also the glamorized persona of Lou himself.

The black velvet bolero suit by Black Shag Vintage (worn with a western motif shirt) that Lou wears on the cover was bought at Granny Takes a Trip in London. David’s wife Angela Bowie took Lou shopping and picked out the stunning suit adorned with beads and sequins down the sleeves and pant legs, and green satin lining. The same suit was worn by Nicky Hopkins, Al Kooper, Ronald Isley and Marc Bolan (his suit now resides at the Hard Rock Hotel in Panama). Lou’s original suit is now at the Hard Rock Café in New York City. See images below.

The Woman
Gala Mitchell was a top fashion model in the late sixties and early seventies. The red-haired beauty was famed designer Ossie Clark’s favorite model. Gala had a fantastic facial bone structure and huge eyes. She was theatrically flamboyant and stylish, sashaying and twirling up and down catwalks. During the 1967 Chelsea Town Hall show, she got so into the music that she almost fell off the end of the runway.

On the back cover of Transformer, Gala is all legs, wearing ultra-heavy makeup and a dark wig. She is made to resemble a trans woman, not unlike the person (the beautiful Rachel) who would become Lou’s muse and protector just a few years later.

The dude with the cigarette pack rolled up into his T-shirt sleeve – with an actual banana in his pants – is Ernie Thormahlen. Ernie had been Lou Reed’s road manager. He was now photographer Mick Rock’s graphic designer – and also the art director of the Transformer album cover.  He died of a heroin overdose in the early 1980s, in Los Angeles.

Bowie had covered the Velvet Underground at his early gigs and included an ode to his New York City hero on the soon to be released Hunky Dory (his next one would be his breakthrough album).  While Bowie was morphing into the glamorous alien Ziggy Stardust, Lou’s persona was gritty and tough. Producing Transformer, Bowie played dress-up with Lou – polishing him up and pushing him out of the closet. David saw Lou as Queen Bitch, but Reed simply saw himself as the album’s detached narrator, all monotone and sarcasm – more comfortable in shades and black leather. As we later learned (whereas David Jones became David Bowie) Lou Reed just happened to use his own persona for the character(s) he portrayed.

Transformer contains two songs of absolute beauty (‘Satellite of Love’ and ‘Perfect Day’) sweetened by the gorgeous piano and string arrangements by Mick Ronson. Both stellar songs are tinged with underlying sadness, alienation and yearning. Lou composed a demo of ‘Satellite of Love’ in the summer of 1970 – one year after Bowie’s ‘Space Oddity’. It was recorded with the Velvet Underground for their album Loaded (but was not released at the time). The demo begins with the following lines;

In this world as we know it

Now we see the human race

Has put its footprints on the moon’s face

Whereas Lou is at home watching a satellite launch on TV (a backdrop to his thoughts about his girlfriend’s cheating), Bowie’s astronaut character in ‘Space Oddity’ (inspired by Stanley Kubrick’s film, 2001 – A Space Odyssey) is actually floating in space, possibly by his own choice. Both characters are distant, detached and lonely.

The gorgeous ‘Perfect Day’ is not so perfect, as our singer wallows in self-hatred.

You made me forget myself

I thought I was someone else

Other Transformer songs reflect gay lifestyle – from the cabaret style ‘show tunes’, Make-Up’ and ‘Good Night Ladies’ to the real-life gender-bending Warholian characters of ‘Walk on the Wild Side’; Holly Woodlawn, Candy Darling, Jackie Curtis, Joe Dallesandro and the Sugar Plum Fairy. Lou walked amongst these people, yet he made them all characters in his play. Yes, he probably saw his own reflection in them, but there was always a distance – a denial. Lou maintained the image of a storyteller but his own story was questionable. He revealed it infrequently. 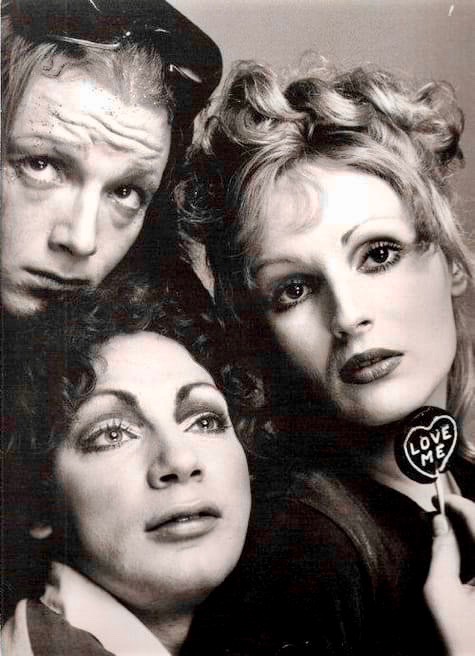 “I resent it. It was a very big drag. From age 13 on I could have been having a ball and not even thought about this shit. What a waste of time. If the forbidden thing is love, you spend most of your time playing with hate. Who needs that? I feel I was gypped.”

After so many years of repression, Lou Reed felt more comfortable portraying himself through the struggles and personalities of others. Lou Reed was married three times – to women – although he did, for much of his life, walk on the wild side. I hope he knew how many people he touched, and how many more he liberated.

© Madeline Bocaro 2019. No part of this text be copied, photocopied, re-blogged, reproduced, translated or reduced to any electronic medium or machine-readable form, in whole or in part, without prior written consent. Any other reproduction in any form without permission is prohibited. All text on this site is protected by United States copyright law and may not be reproduced, distributed, transmitted, displayed, published or broadcast without written permission of the author. 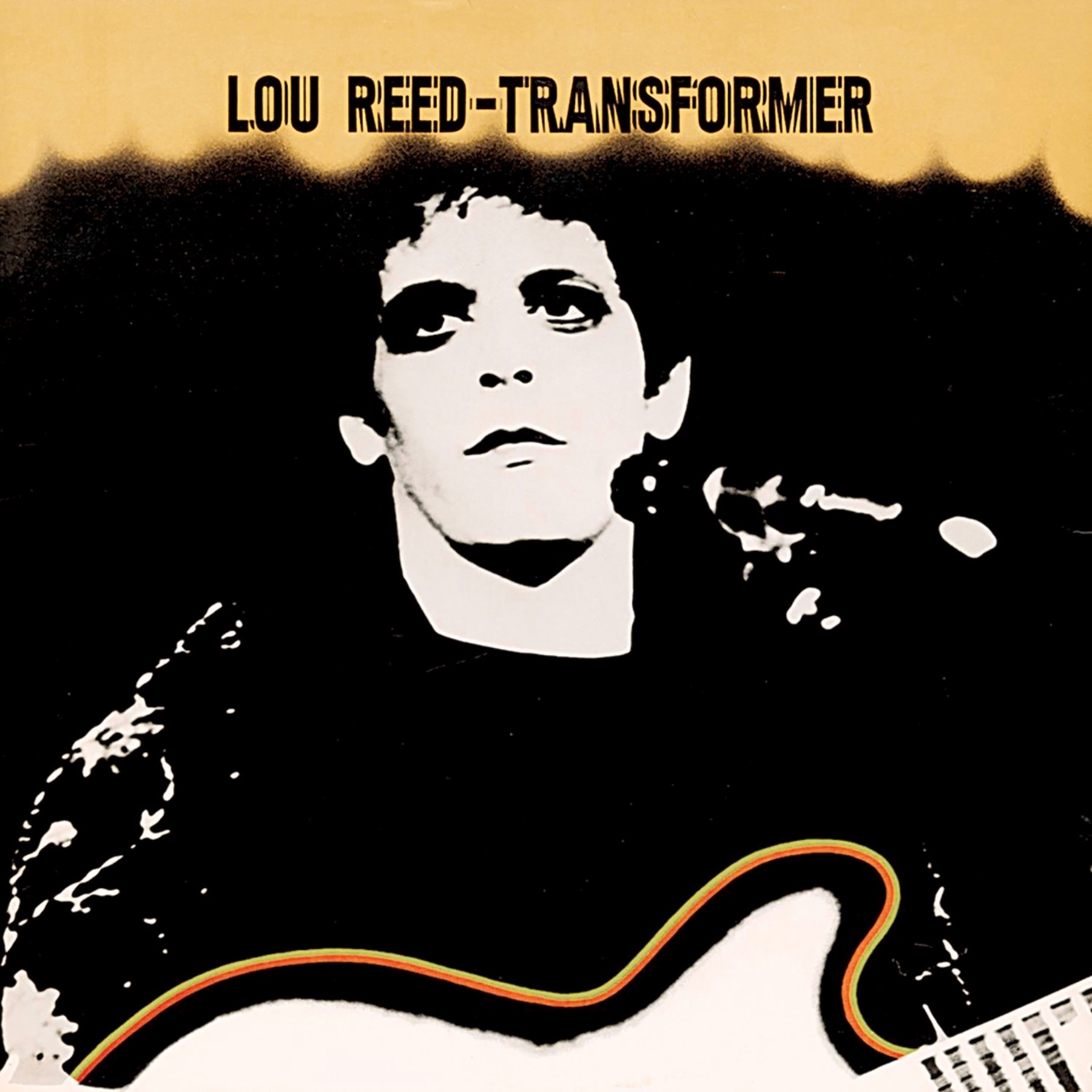 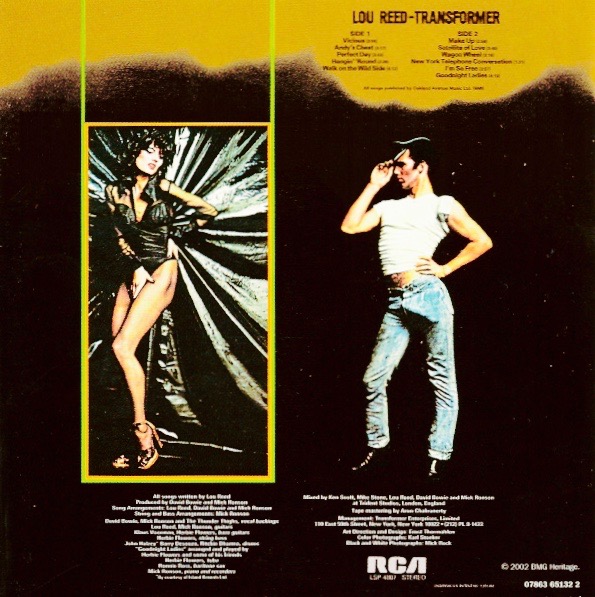 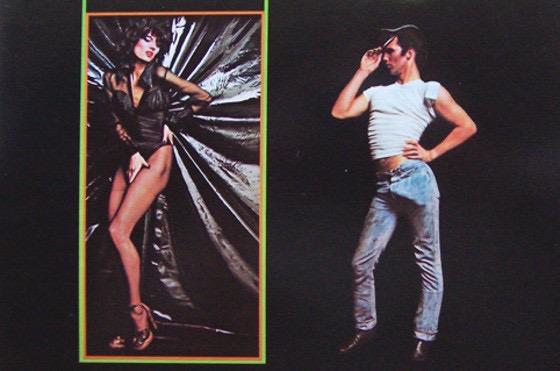 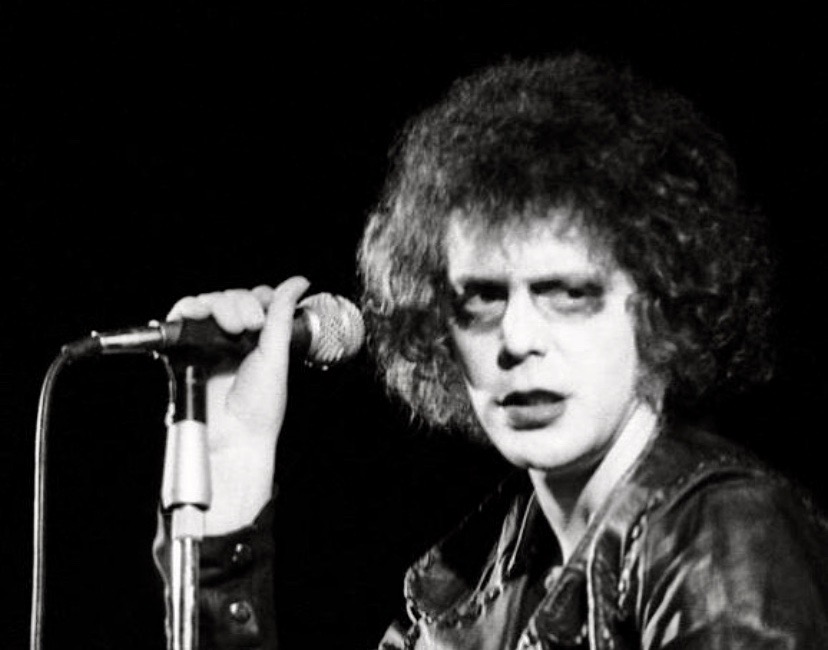 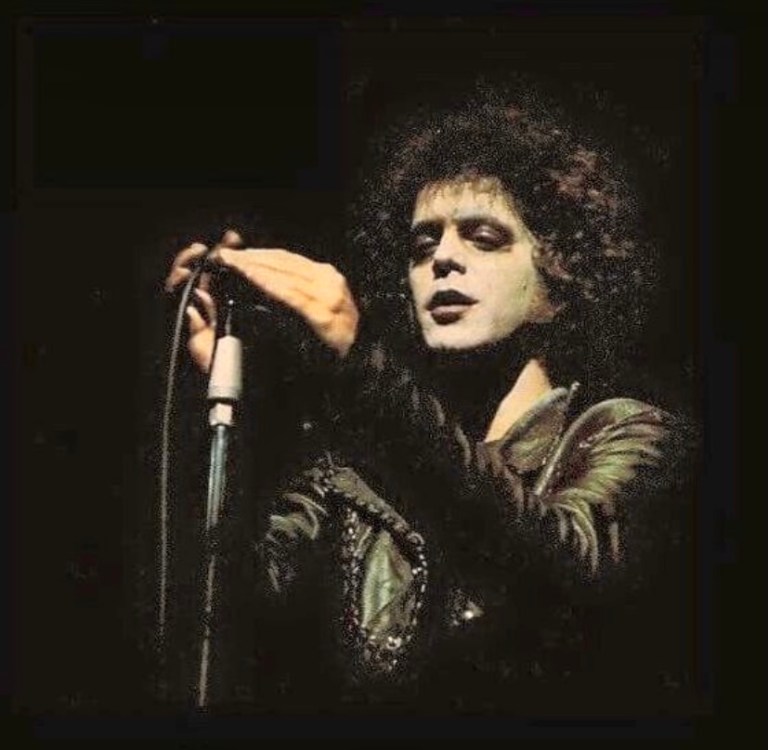 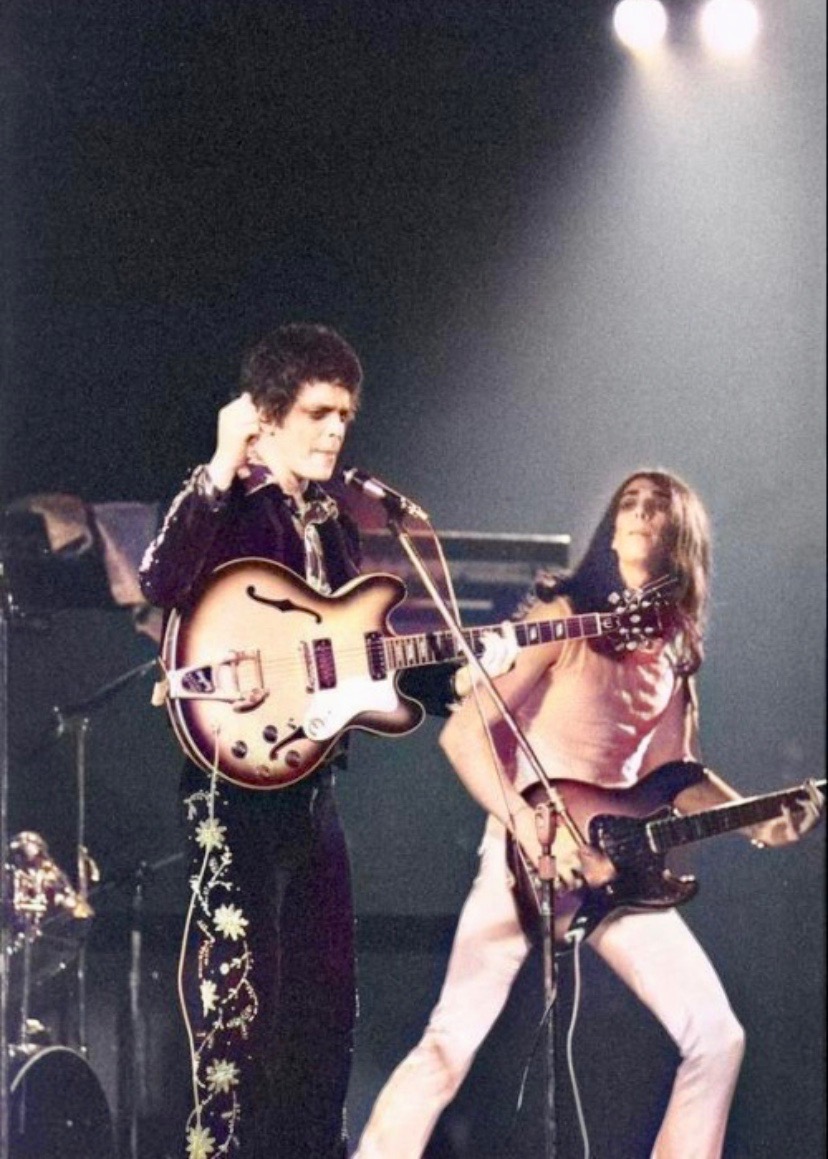 The other bolero suits: 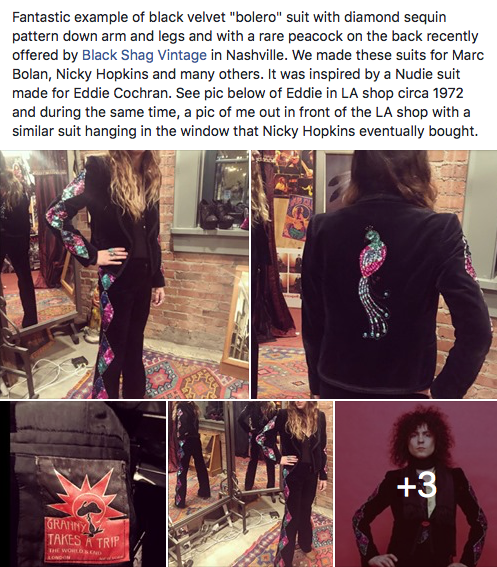 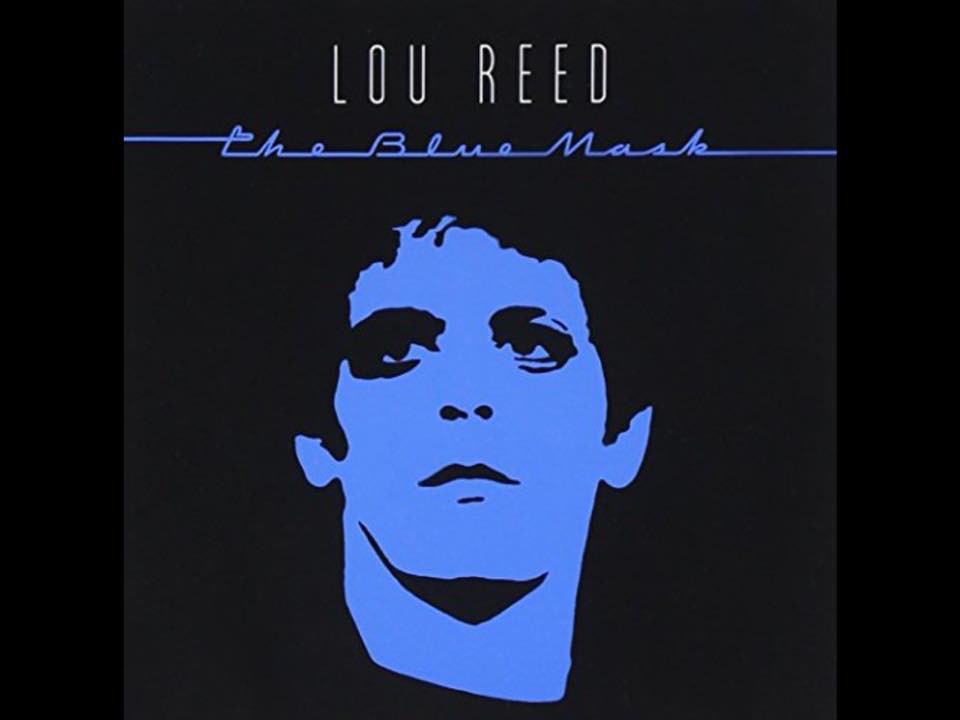