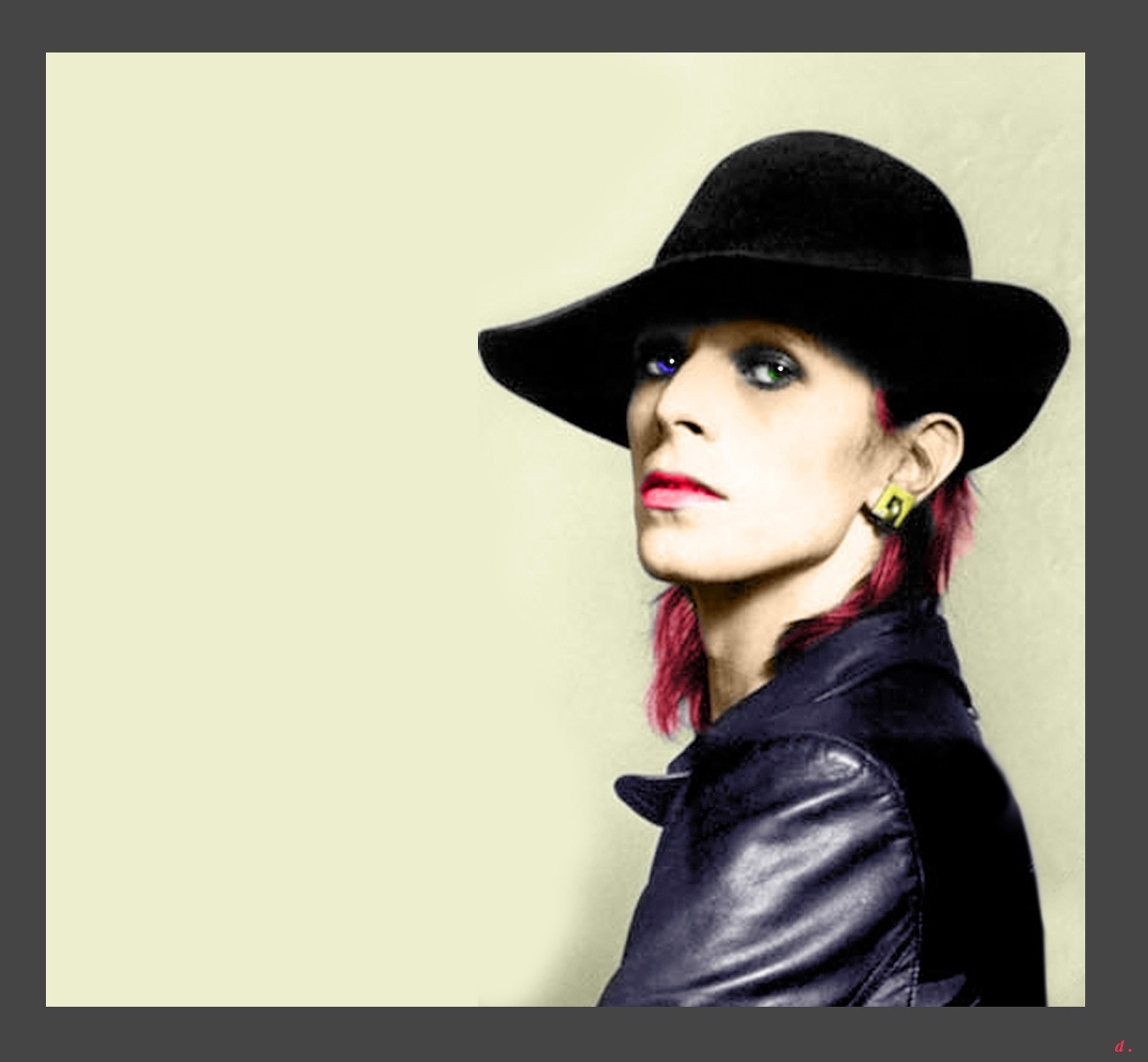 In 1974, Bowie abandoned his Ziggy Stardust character and morphed into Halloween Jack.  He dazzled us again with Diamond Dogs.

Here are some very important items from the David Bowie Is exhibition that were easy to miss amidst the chaos and enormity of it all.

Throughout the exhibit, there are so many clues to future imagery in all of Bowie’s writings and fashions. It was cool to see the Hunger City model set by Mark Ravitz, the original painting for the album cover by Guy Peellaert, and David’s raincoat worn during ‘Sweet Thing’ on the Diamond Dogs tour!

An aborted film script for Diamond Dogs is set in a ‘Mythological’ time in the decaying remains of Hunger City. Food has become ‘a legend’ and people subsist on a protein-stimulant called Meal caine! The ‘crazed’ inhabitants wear ‘rags of cloth and plastics and furs.’ Sounds like us in the (future) days of Punk! ‘They dance or gyrate at un-predetermined moments.’ This reminds me of the erratic dancers in the club (Hurrah!) in the ‘Fashion’ video, and also of the jerking Blackstar dances.

On the Diamond Dogs film set, a revolving building disintegrates upon each turn, at first it is shiny white and chrome, then it appears rusted, then gray and cracked.

There are notations of “‘Berlin Dada’, “cabaret’ movie, collage…” The lettering was to read The Power of “DADA”VID BOWIE  incorporating Dada into his own name!

Another scene depicts Andy Warhol as a nucleus of a cell/group of cells. There is also a Mr., Miss., Ms. Robot contest!

A screen projects “interference from enemy forces as ‘leader’ gives speech to masses in stadium or factory.”

This was going to be an incredibly strange film!!! It evokes the creepy feeling we get while hearing the simultaneous chant of the words ‘Brother’ and ‘Riot’ a the end of ‘Chant of the Ever Circling Skeletal Family’ on the album.

“All little Johnny Rottens and Sid Viciouses really. And, in my mind, there was no means of transport, so they were all rolling around on these roller-skates with huge wheels on them, and they squeaked because they hadn’t been oiled properly. So there were these gangs of squeaking, roller-skating, vicious hoods, with Bowie knives and furs on, and they were all skinny because they hadn’t eaten enough, and they all had funny-coloured hair. In a way it was a precursor to the punk thing.” – Bowie

When you rock and roll with me

No one else I’d rather be

Nobody down here can do it for me

When you rock ‘n’ roll with me

David got his Diamond Dogs album inner sleeve look from the flamenco band Carmen who appeared on his 1974 American TV special The 1980 Floor Show.

Read my interview with Carmen here:

Do The Fandango – The Story of Carmen

DO THE FANDANGO! – THE STORY OF CARMEN!

Bowie also wrote a scenario for a Young Americans movie in 1975, featuring the return of Major Tom, which had vivid premonitions of the plight of Thomas Jerome Newton, and of actual scenes in The Man Who Fell To Earth. This proves that David had much more input into the Newton character and the film than was ever realized, more than a year prior to filming.

Bowie had just as many fantastic unrealized ideas as he had completed ones. It is mind-boggling!

The wild audience sound at the start of the Diamond Dogs album is actually from the live Faces album Coast To Coast – Overture and Beginners. You can hear Rod Stewart shouting, “Hey!” after the guitar riff starts.

Another (related) note: The raving audience applause on Lou Reed’s Rock N’ Roll Animal album is culled from a John Denver concert according to Dennis Katz, who mixed Lou’s album. 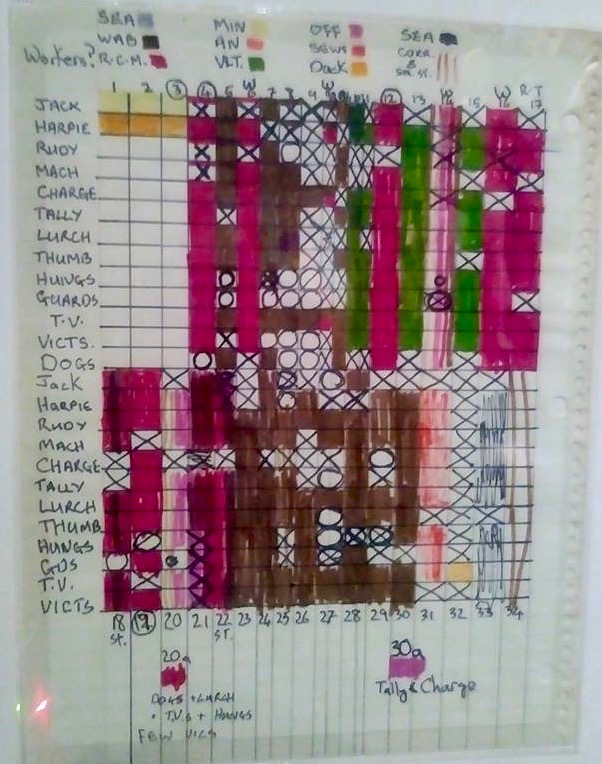 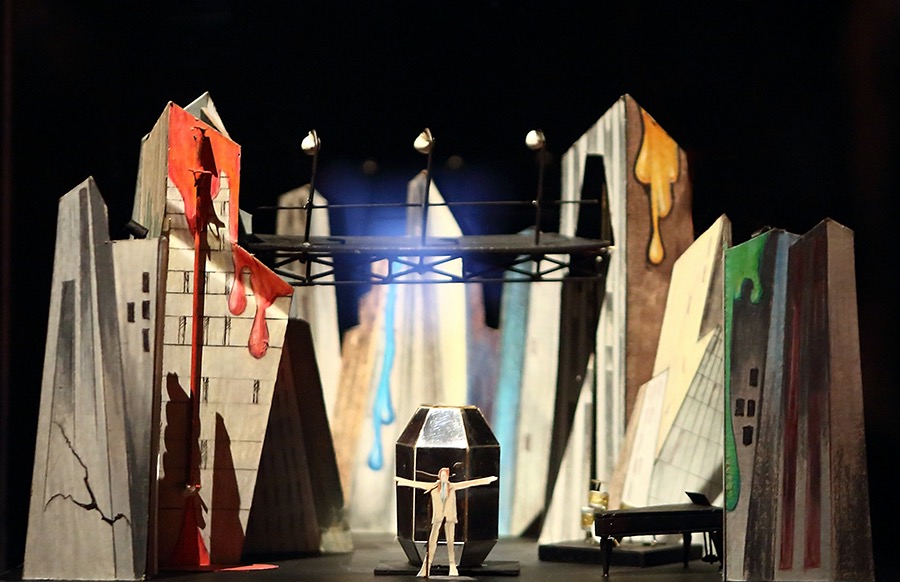 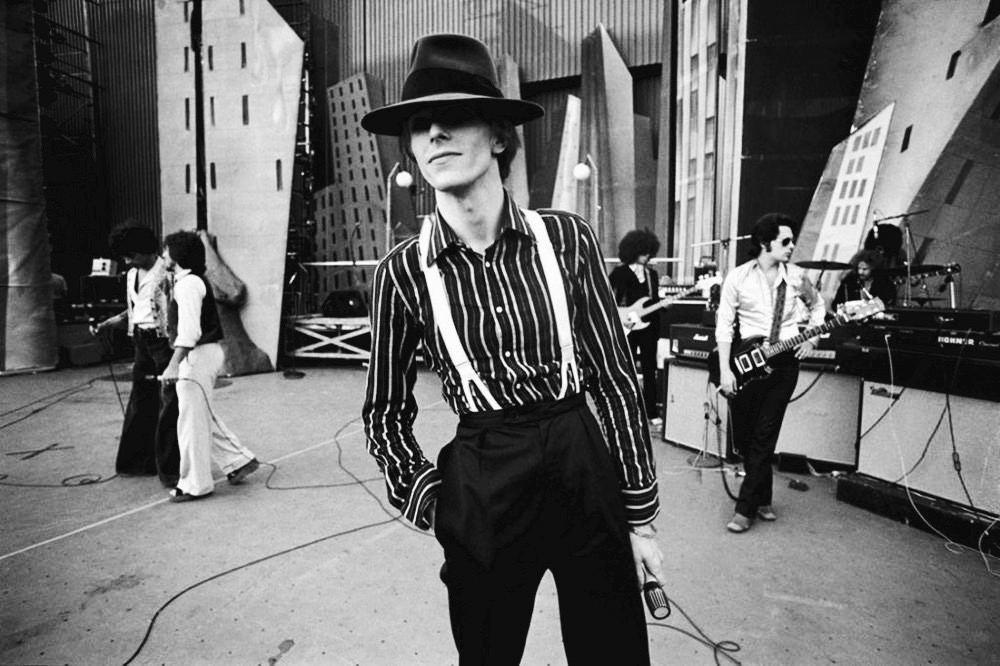 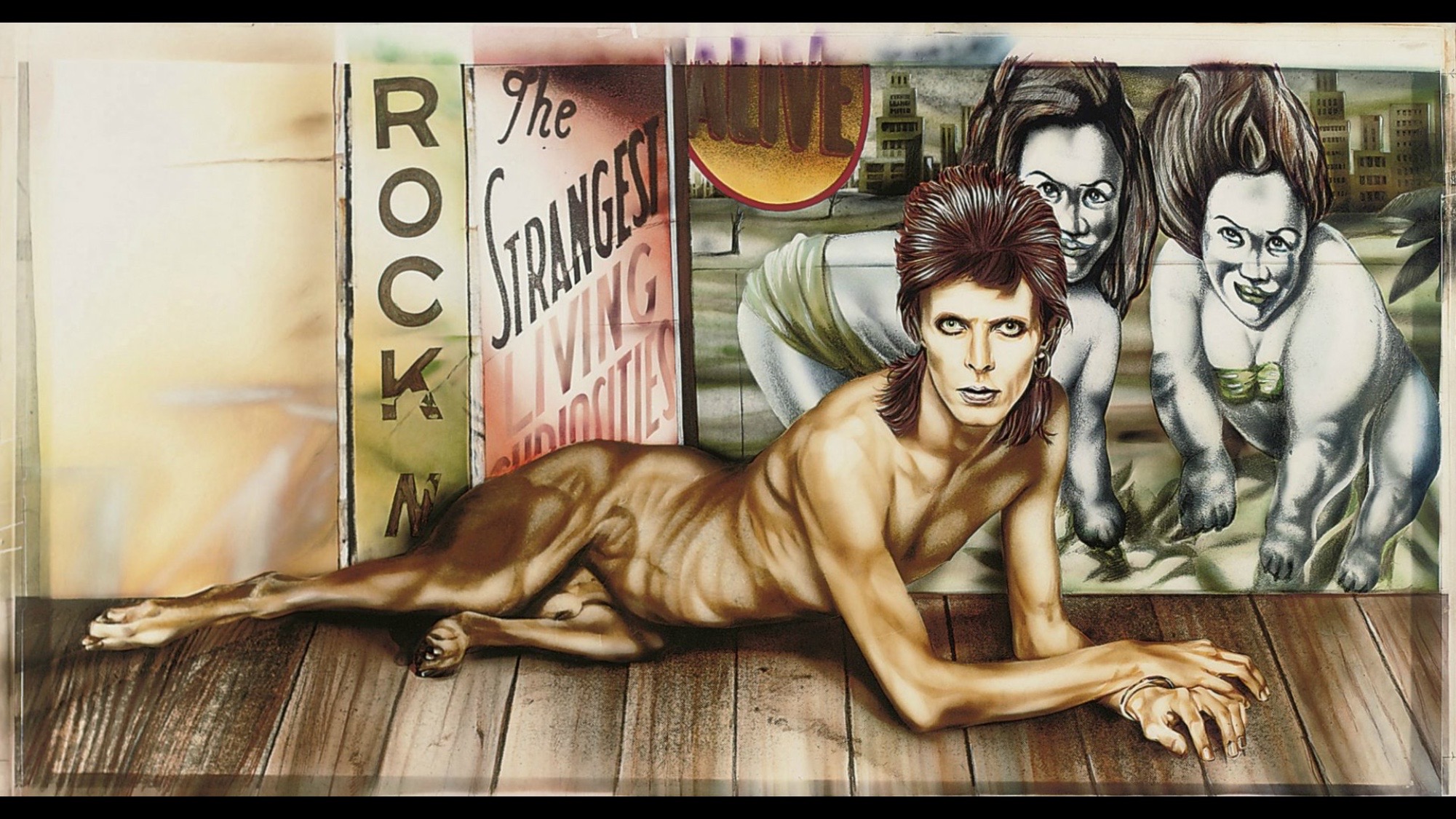 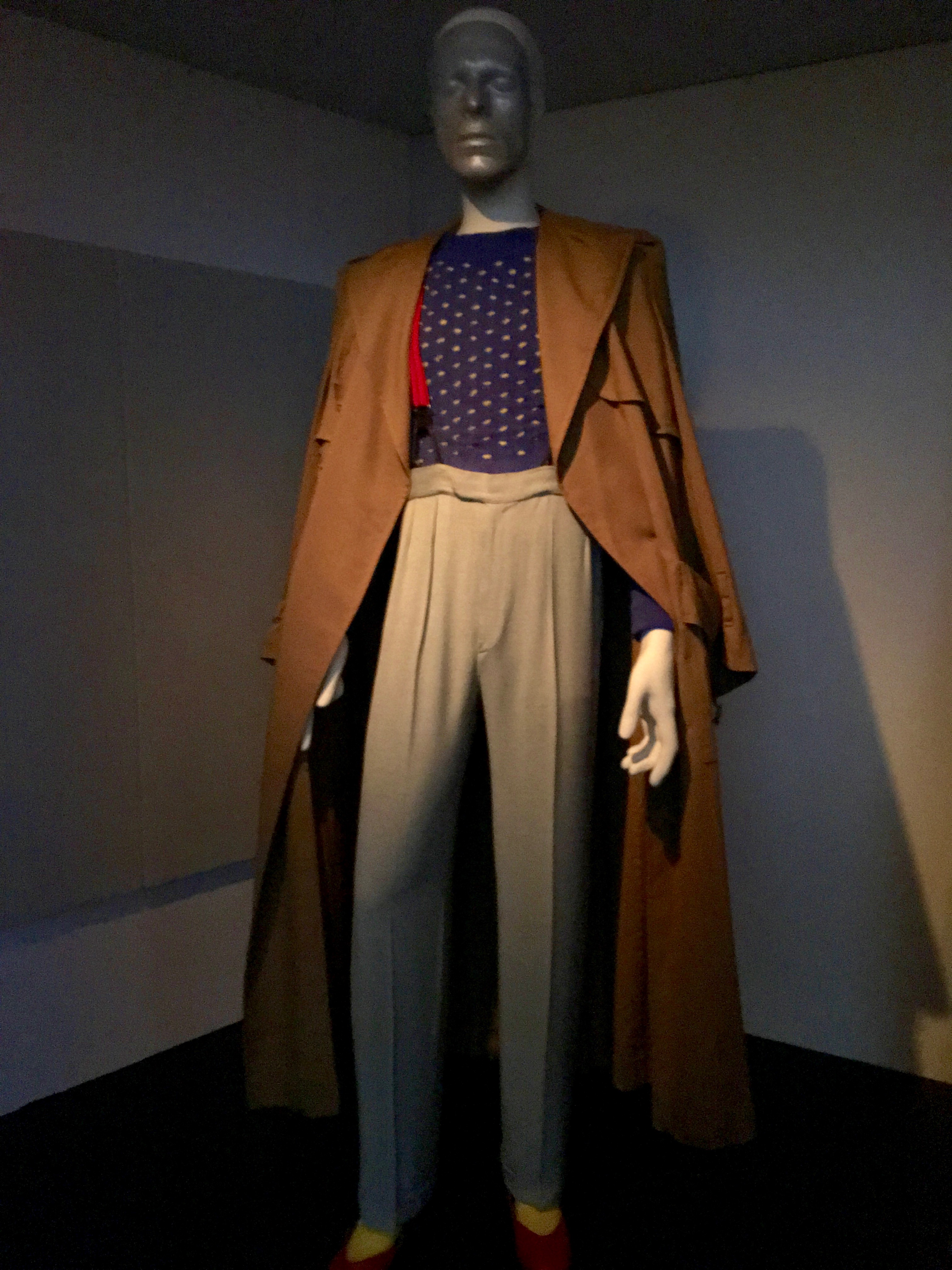 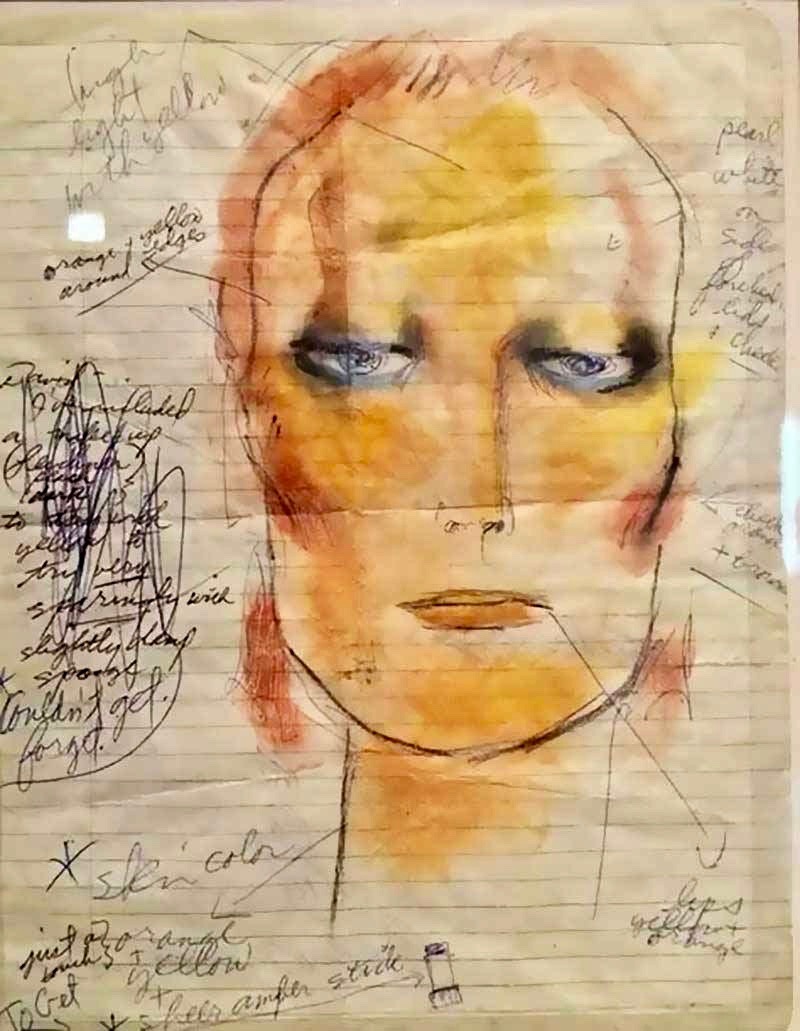