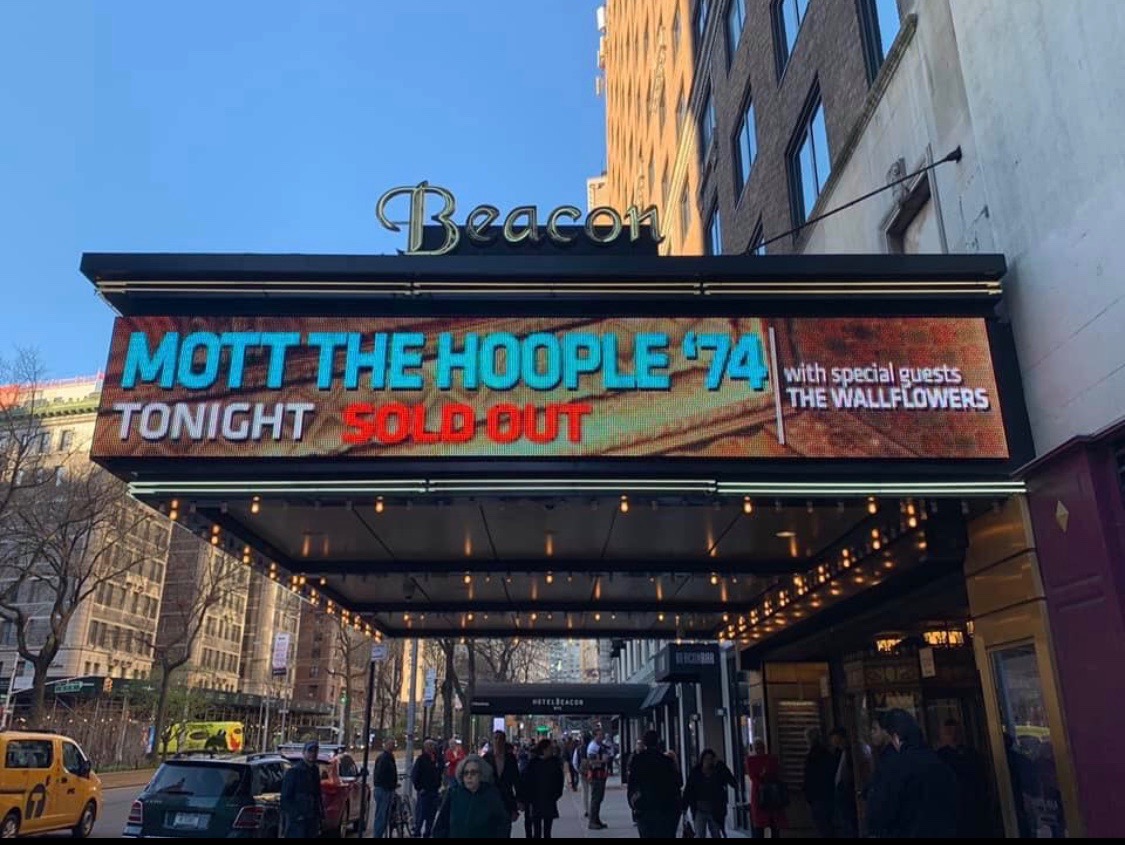 Everyone has praised the ‘Class of ‘74’ return of Mott The Hoople; the amazing sound, the sheer lunacy of our dear Ariel Bender on guitar, Morgan Fisher’s perfection on keyboards and the stellar musicianship of Ian Hunter’s Rant band members. Most of all, everyone is in awe of Ian’s amazing vocal stamina, grace and showmanship. (He turns 80 on June 3rd).

Most importantly, this was the chance to see what many of us missed in our teens. As we held The Hoople album in our hands in 1974 surrounded by Mott posters on our walls, our idols were larger than life superheroes –  so very far from reach.  For those of us who saw Mott live back then at the Uris theater on Broadway (with Queen as opening act) this was our chance to re-live that dream. And here we were ‘much older now, although (we) still are young’ with Ian onstage singing back to us, ‘I know you well, I’m like you’. For me, it was like a dream to hear the song ‘Rose’ and also, ‘Rest in Peace’ – Mott’s non-album hymns for the dudes. The band spoke to us then, and now – “It ain’t so long ago since we were just two kids / Remember well memories we all hid… ”

‘Rest in Peace’ brought tears of joy and sorrow – remembering friends we have lost in our own lives and also Mott band members Buffin and Overend (Dale Griffin and Pete Watts). Our thoughts were also with Mick Ralphs who is out of commission after a stroke.

The 1972 recording of David Bowie introducing Mott The Hoople with accolades in Philadelphia played as Mott took the stage at the Beacon Theater. Hearing David’s voice was poignant, as Bowie (who had salvaged the band when they were breaking up) is no longer with us. But as Mott launched into the songs which had opened the ’74 live shows, a bit of ‘American Pie’ (Don McLean) and then ‘The Golden Age of Rock n’ Roll’, the years fell away and we were all kids again.

Ian was a superstar during the entire 2-hour performance while Ariel Bender pranced around in all his glory. (Bender’s unabashed glee reminded me of how ecstatic Overend had been, standing in the same position – to Ian’s left – during Mott’s 2009 reunion gigs). Morgan’s eloquent keyboards rang out clearly all night and he reprised his piano-key lapeled jacket. It was amazing to hear the other 1974 Hoople songs; ‘Alice’, ‘Marionette’, ‘Pearl N’ Roy (England),’ a bit of ‘Crash Street Kidds,’ ‘Roll Away the Stone’… and the unreleased ‘Lounge Lizard’ (which later appeared on Ian’s first solo album).

The addition of a sax (by James Mastro) throughout the night especially enriched Lou Reed’s ‘Sweet Jane’. Other old school classics were ‘Honaloochie Boogie,’ ‘Sucker,’ ‘Jerkin Crocus, ‘One of the Boys,’ Rock N’ Roll Queen,’ ‘I Wish I Was Your Mother,’ ‘Walking with a Mountain’ and a chorus of ‘Violence’.  After a few nods to Chuck Berry and Jerry Lee Lewis, the show capped off with Ian’s ‘Cleveland Rocks’.

The encore of ‘All the way from Memphis,’ the band’s farewell song ‘The Saturday Gigs’ (which had closed Mott’s first reunion gigs in 2009) and lastly ‘All the Young Dudes’ was perfect. Ian revised the ending lines to, ‘Hey you with the glasses, I can still do it!”

The sold-out New York gig was the last of Mott’s eight city USA tour upon the 45th anniversary of their 1974 album The Hoople and the live album from New York (Side One) and Hammersmith (Side Two) gigs of that tour.. The U.K. tour starts on April 17th.

Son of Bob, Jakob Dylan of the opening act The Wallflowers mentioned onstage at the end of their set that every band wanted to open this gig. It’s about time that Mott The Hoople were the toast of New York City. It only took 50 years!

The golden age of rock n’ roll will never die

As long as children feel the need to laugh and cry. 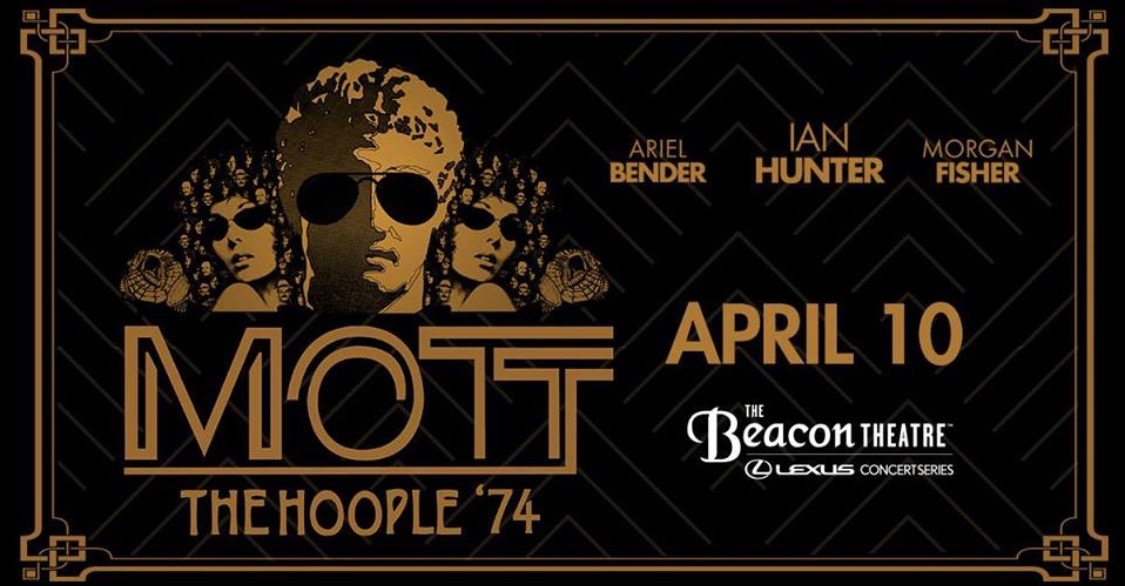 “Down in the city, just Hoople and me!”

Two of my vintage Hoople autographs from 1974: 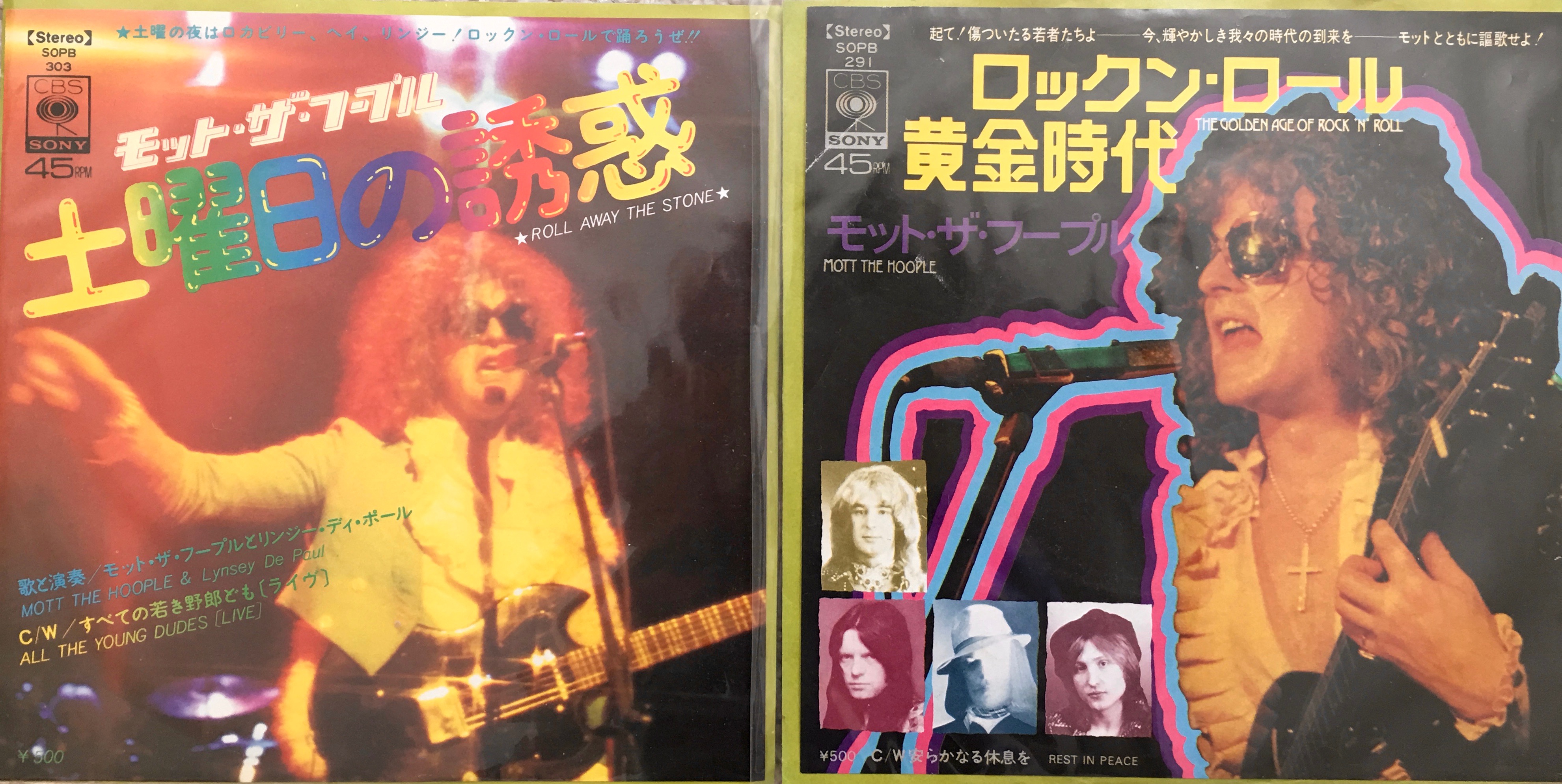 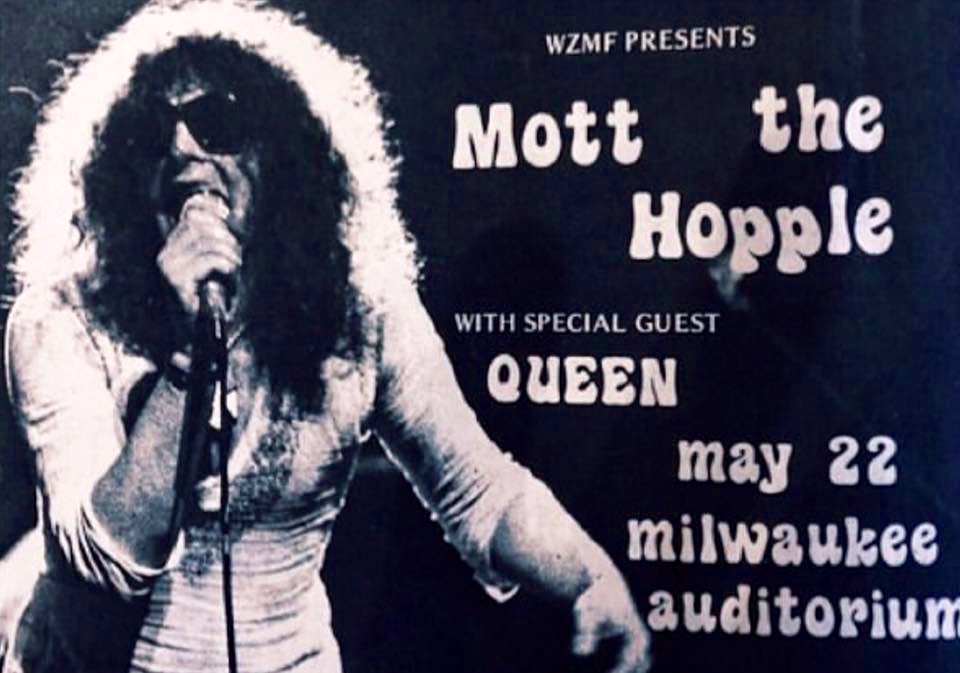 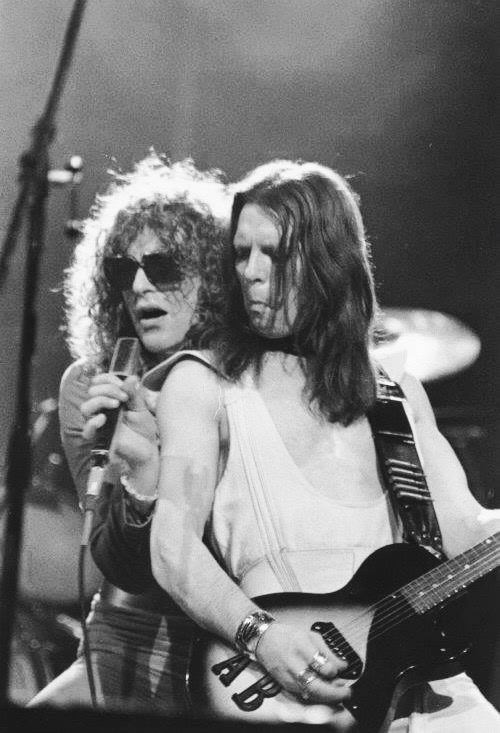 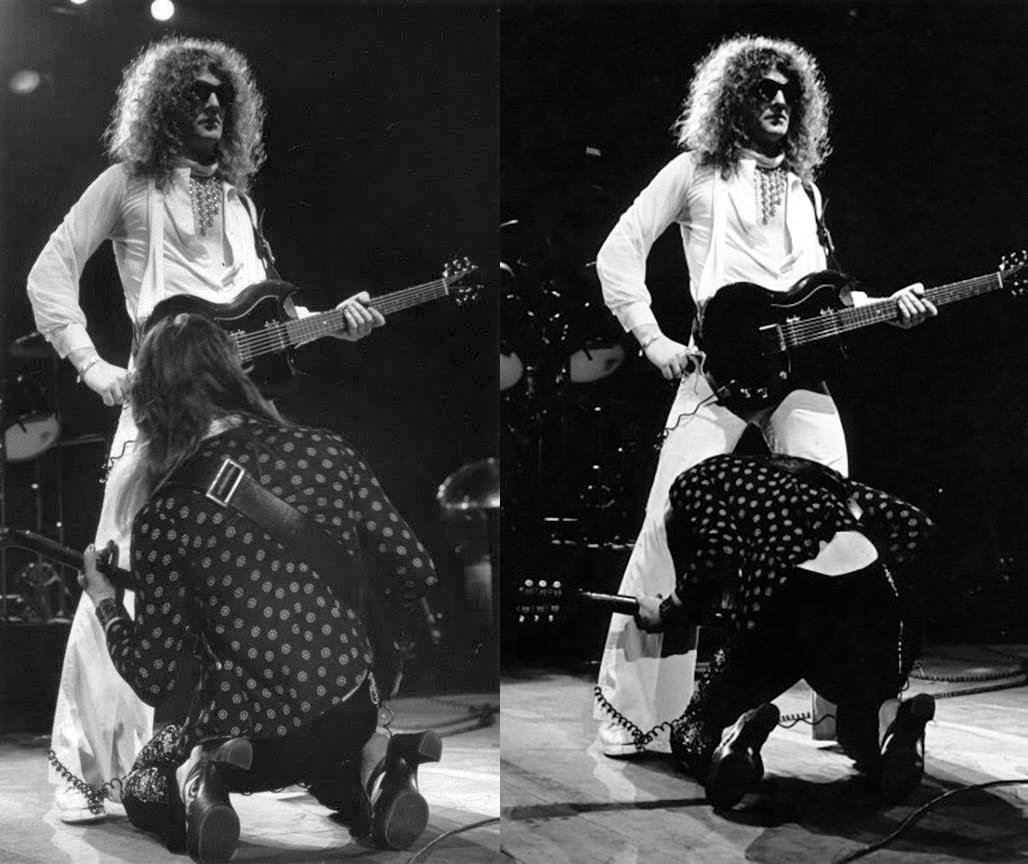