Here is another story from a recently found folder of my work for CMJ.
I still listen to this beautiful album all day long, on every Easter Sunday.

Patti Smith transcends the image of a rock star. She is a poet hero whose instrument is the written word. Patti will arise when critics come to realize her genius. Though influenced by poets and writers such as Arthur Rimbaud and William Burroughs, there is a unique originality in her works. Just like her colleague Lou Reed, Patti sets prose and poetry to music. Patti takes a firm stand in all aspects of her art.

Continuing in the vein of her debut album Horses which opened with the bold line, “Jesus died for somebody’s sins but not mine.”) her third record Easter is rife with sacred imagery and religious themes. Most of the songs are ceremonial, celebratory and rebellious.

The title track is about Rimbaud convincing his brother and sisters one Easter Sunday (while enroute to receive their first holy communion) that the way to reach God was not through the church, but through the sky. Glorious organ and bells ring out and ‘all is glowing‘ as they begin to rise. According to the liner notes, this takes place “about a hundred years before Little Richard baptized America with rock n’ roll.”

‘Privilege’ is the title song from a 1967 British film in which a prophetic rock martyr “merges with the sacristal images of the sixties.” The song’s original title is “Free Me” written by Mel London / Mike Leander for the film. Patti has incorporated the 23rd Psalm into this piece.

“Ghost Dance” conjures the dance by the Plains Indians for the resurrection of their forefathers. “Til Victory” celebrates “the raising of the sky, the death of the machine gun, and the birth and ascension of the electric guitar.” Patti plays guitar on an excursion called “25th Floor”. The album’s anthem is the autobiographical “Rock n’ Roll Nigger” defined as “any man who extends beyond the classic form.” She paraphrases her recently published book of poetry, Babel at the start of the song… “I don’t fuck much with the past, but I fuck plenty with the future…In heart, I am an American artist, and I have no guilt…”

The single release, ‘Because the Night’ is a Patti Smith/Bruce Springsteen collaboration receives considerable attention due to its commercial sound. Patti’s voice is wonderful. Springsteen of course left his unmistakable mark.

Patti’s art takes many forms. She is definitely on the rise. 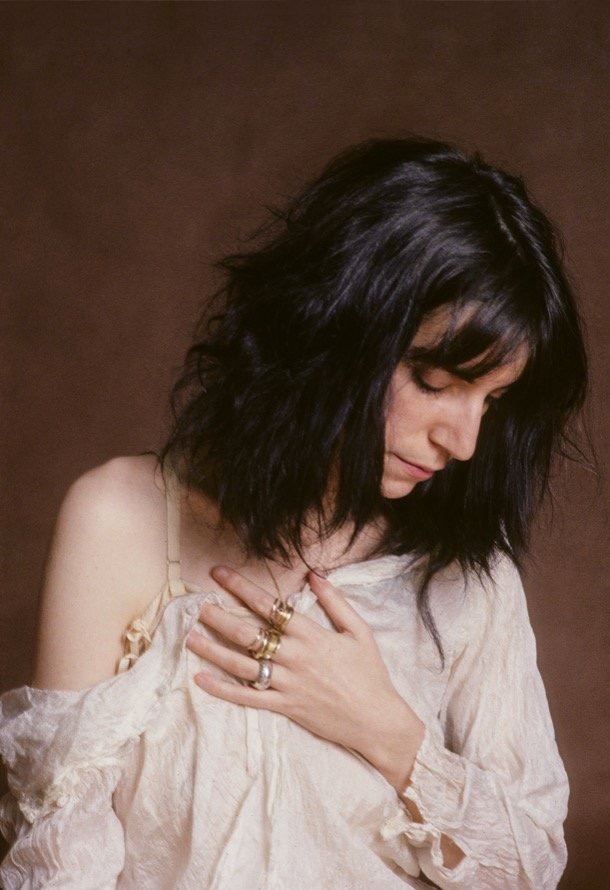