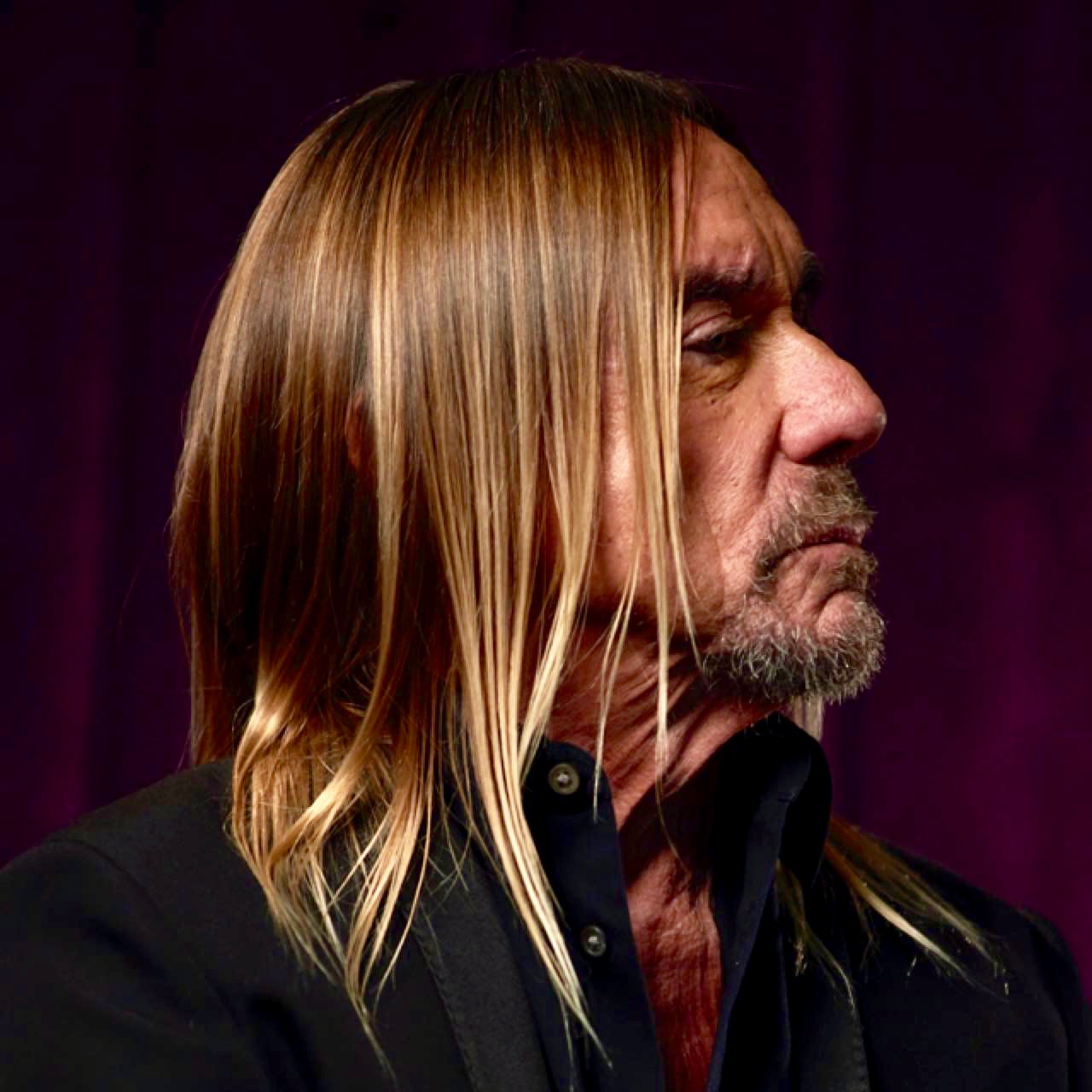 Fifty years after the The Stooges’ debut album in August 1969, Iggy Pop has released Free – his 18th solo record (September 6, 2019). Iggy was just about to hang it up, but he could not contain the eternal fire raging and raving inside him. He is still jumping around on festival stages worldwide. A limp and a twisted spine cannot shackle his fury. A recent concert review just before his April 2019 birthday gig in Australia claimed,

And now he’s 72. “My my and a boo hoo!” We must consider all those whom Iggy has outlived. Four of his fellow Stooges; Zeke Zettner, Dave Alexander, Ron and Scott Asheton. His elder heroes; legendary greats Howlin’ Wolf and Bo Diddley, Elvis, Chuck Berry and others.  His colleagues – The MC5’s Rob Tyner and Fred Sonic Smith. His disciples; all of the Ramones and Lux Interior of the Cramps. And fellow icons Lou Reed and David Bowie. He will probably out-live me, which is a good thing because I can’t imagine a world without Iggy.

And now he is free. On the album cover, we have a stunning image of Iggy standing alone in the world at the water’s edge – facing midnight’s deep blue horizon. Free  is a mellow record on which he has curated a group of musicians and lyrics of others – and of his own. He says in the liner notes, “I began to recoil from guitar riffs in favor of guitarscapes, from twangs in favor of horns, from back beat in favor of space, and, in large part, from the effluent of my own mind and problems, in favor of trying to interpret the poetry of others.”

He’s done it all, Stooges music (whatever you call that glorious noise) rock, blues, crooning ballads, French chanson, world music, jazzy excursions… and now it is all combined in a trippy ambient jazz amalgam. Free is Iggy’s first album in three years, after the successful 2016 Post Pop Depression. That was a fine record, but its sobriety made it NO FUN! However, since this is a whole new approach for an older Iggy Pop, we can handle the seriousness of Free at this stage in his life and in ours.

After all he’s lived – and almost died through…

Iggy’s collaborative efforts of late carry over on Free with jazz trumpeter Leron Thomas and Noveller – artists whom he discovered while compiling music for his BBC6 radio show Iggy Confidential. Other players include Robin Sherman (bass), Thomas Glass (drums), Ari Teitel (guitar) and Faith Vern (vocals). Iggy seems to be locked in a groove after narrating the recent film In Praise of Nothing. (He was the actual speaking voice of ‘nothing’ in a lengthy photo montage of the world’s beauty over which ‘nothing’ reigns supreme).

The brief title track conjures a strange fantasy; knob-twiddler Brian Eno backing Miles Davis produced by Joe Meek.  Iggy has always been a man of few words – always right to the point in a form simpler than haiku. He speaks the words “I want to be free” twice, and the repeats the single word ‘Free’ at the end. Congratulations Iggy – you have outdone yourself, using the least amount of words in a song! Soupy Sales would be proud!  The voice-over complements Thomas’ jazz trumpet ramblings and the ambient gui­tar treatments of Nov­el­ler a.k.a. Sarah Lipstate.  (See the link below for more about her).

‘Loves Missing’ is my favorite track – an Iggy composition! It begins with an up-tempo and similarly synthesized beat to Iggy’s song ‘Nightclubbing’ (The Idiot, 1977). Play this one in headphones for the alternating notes between channels! It speaks of approaching an age when security and love are needed, and the clock is ticking.

While listening to the hypnotic ‘Sonali’ with its uneven tempo, I cannot help envisioning David Bowie, Brian Eno and William Burroughs grinning with pride. This cut-up lyrical collage about the end of a relationship is a jazzy whirl – taking us on very cool excursion. The bass evokes the feel of Jaco Pastorius.

‘James Bond’ begins with a cool bass riff. I keep waiting for Ben E King to start singing ‘Stand By Me’, but instead we get Iggy’s undead crooning circa The Idiot album (1977). Especially cool is the section with echo on his vocal – and then a wild trumpet kicks in! Iggy loves this song.  “I’ve never had more fun singing a lyric… I don’t know what she’s up to exactly, but the tables seem to be turning, and she’s taking over. Well, why not? I’ll try anything once.” (I don’t know how it works out if this M&Ms obsessed woman wants to be his James Bond while Iggy just wants to be her dog, but I guess spies like dogs too).

‘Dirty Sanchez’ sounds like something Herb Alpert would have created if he were a degenerate. Lewd lyrics are sung in Iggy’s higher (younger) register in a call and response pattern – both reminiscent of his song ‘Success’ (Lust For Life 1977). The trumpet runs rampant in ‘Glow in the Dark’ with sputtering beats. Iggy uses his deepest voice on ‘Page’ – channeling the phrasing of Sinatra but failing to be as smooth by a long shot. His strange forced vibrato is more Cowardly Lion than Johnny Mathis, but it is no less sincere.

About the album as a whole, Iggy joked on BBC6 radio this week to Lauren Laverne, “I’m not gonna have Avalon here.” (referring to Roxy Music’s gorgeous album from 1982).

‘We Are The People’ is a 1970 Lou Reed poem – a disturbing snapshot of America. One of the very first Stooges songs ‘1969’ was about the state of affairs “all across the USA”. Iggy’s thoughts on America (a place he calls “a theater of action” which ‘still has no culture’) carries through with the drone, clang and repetition of machinery on The Idiot album’s ‘Mass Production’. On Instinct he continues with the song ‘Cold Metal’ about industrialization and development. An empirical theme runs throughout American Ceasar. Iggy now chooses to evoke Reed’s portrait of our country, which underlines the hollowness of who we have become. The bare arrangement only includes piano and trumpet.

The classic poem by Dylan Thomas ‘Do Not Go Gentle Into That Good Night’ could be Iggy’s own manifesto, since he has defiantly refused to die so many times already. He previously read this in 2016 in an ad for a Cannes Film Festival seminar.

Iggy’s own poem, ‘The Dawn’ is again about defiance. It is not about the dawn at all, but about how the blackness of night shines a spotlight on the mind’s darker side.  A brooding film noir ambience accompanies his disturbing nighttime thoughts. Attempting a smile, he concludes that nothing – not even love nor sex – can “solve the darkness”.

Those of us who have grown up as Iggy fans can appreciate and enjoy these new mellower pieces, yet our inner children frequently have all The Stooges’ albums on our turntables! The Stooges’ catalogue included several disguised ballads. Although full of angst, ‘Ann’ on the first album was one. I Wanna Be Your Dog’ is probably the most poetic lyrical expression I have ever heard. There was the beautiful ‘Dirt’ on Fun House on which Iggy was ‘dreaming this life‘, ‘burning inside’ and feeling like dirt. ‘Raw Power included ‘Gimme Danger’ with its eruptive middle eight… well, there are two words that are not usually included in a ballad!

The ambiance of Free is similar to Iggy’s work with Oneohtrix  Point Never – the gorgeous track ‘The Pure and the Damned’ which takes us to a place where ‘we can pet the crocodiles’ (There is a creepy but cool Iggy puppet in the video).

Iggy now drives a Rolls Royce (‘cos it’s good for his voice?’) and is very much aware that he is now in the twilight of his life.

“ …I’m just tired. I’m tired of people looking at me all the time.

What I enjoy most in my life are my secret hours.”

“By the end of the tours fol­low­ing Post Pop Depres­sion, I felt sure that I had rid myself of the prob­lem of chron­ic inse­cu­ri­ty that had dogged my life and career for too long, But I also felt drained. And I felt like I want­ed to put on shades, turn my back, and walk away. I want­ed to be free. I know that’s an illu­sion, and that free­dom is only some­thing you feel, but I have lived my life thus far in the belief that that feel­ing is all that is worth pur­su­ing; all that you need – not hap­pi­ness or love nec­es­sar­i­ly, but the feel­ing of being free. So this album just kind of hap­pened to me, and I let it happen.”

“I think in many ways I pay for my freedom with my body and it’s been the only friend I can depend on for many many years now… all of my numbers are much better now which gives me certain freedoms, but not all.”

Listen to the title track 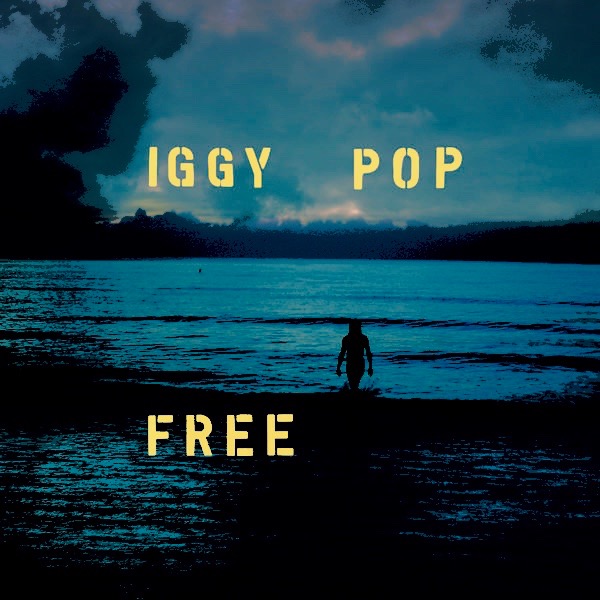