I saw what’s left of the New York Dolls last night – Just David & Syl.
Well, I guess they can still call themselves the Dolls (plural)
since they are two originals…but it’s so sad that four of them are gone.

There were three big floral arrangements on the
stage (in memory of Johnny, Jerry and Arthur) but they’ve forgotten
about Billy whose band it really was from the beginning. Oh well, the
Stones did the same thing to Brian Jones.

The audience (mostly big bald bearded guys) were so old and ugly! Far
from the glittery pretty-boy crowd at the Dolls show I attended in
1974!!! The security guys up front were discussing how to handle
stage-divers before the show. I asked them, “Aren’t these people too
old to be jumping onstage?” The head of security said, “Once in awhile
somebody thinks they’re 20 again and goes for it!” How pathetic! 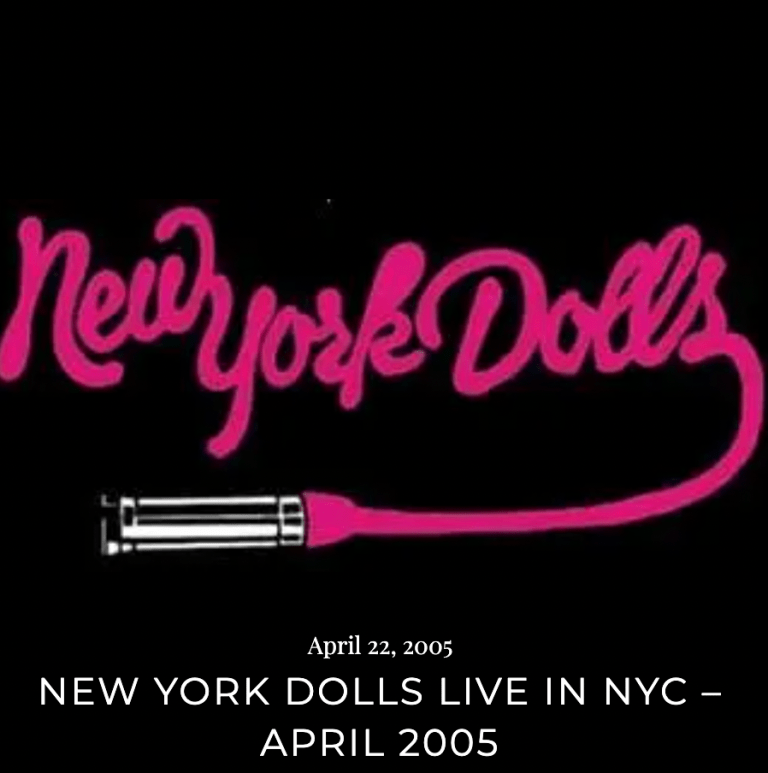 Johansen was in fine form. He’s emaciated, trashy and
sick – I love it! He’s so funny and ridiculous. They did every killer
song from the two Dolls albums (except for ‘Showdown’). I was really
diggin’ ‘Frankenstein’, ‘Personality Crisis’ and ‘Puss in Boots’. They did a
Janis song and one from the Shangri-Las, and a new one called ‘We’re all in
Love’. But it sounded like David Jo with a cover band. These guys could
actually play coherently – they weren’t high out of their
minds. I missed Johnny so much! The drummer was OK, whereas good ol’ Jerry had been perfect -a lot more punchy and on target. David had a book in front of him with
lyrics and he’d turn the pages once in awhile. What was he reading?
‘Frankenstein, Frankenstein, FrankenSTEIN???!!!’ He didn’t need a lyric book
when he was high. He remembered all the words then, but NOW he needs a
book?!

They opened with ‘Looking For A Kiss’, ‘Puss in Boots’, ‘Subway Train’, ‘You
Can’t Put Your Arms Around A Memory’/’Private World’, ‘Trash’, ‘Pills’, ‘Take
Another Little Piece Of My Heart’ the Shangri Las’ song ‘Heart in the
Street’, ‘Who Are The Mystery Girls’ and ‘Jet Boy’. The encore was ‘Human Being’.

People at work said, “How was the show?” They probably thought I was
seated at some normal venue seeing a traditional concert…I just
said, “I can’t explain it.”