WHEN SLY WAS FLY!

When Sly was fly, he was SUPER fly – the original Punk of Funk! He was a natural – a sweet, playful kid at heart obviously having fun onstage, yet he was a serious funk master. With the family Stone behind him, he was a true star, innovatively fusing rock, pop and funk in the 60s. Sly was one of the greatest live performers I’d ever seen when I was fifteen in 1973. He was outrageous in his head-to-toe purple sequined glamtastic splendor. He was wild – all over the place – and that stone classic music that we’d only ever heard compressed into a tiny am radio suddenly exploded into a colourful all-night funky jam party.

And now, 35 years later, I’ve got tickets online to see Sly at B.B. King’s Blues Club in New York City. I can’t believe I’m actually writing ‘SLY’ on my calendar for December 7th!! I hope he remembers to write it on HIS calendar, or that he even HAS a calendar, or that he actually shows up!! In any case, it will be funky! 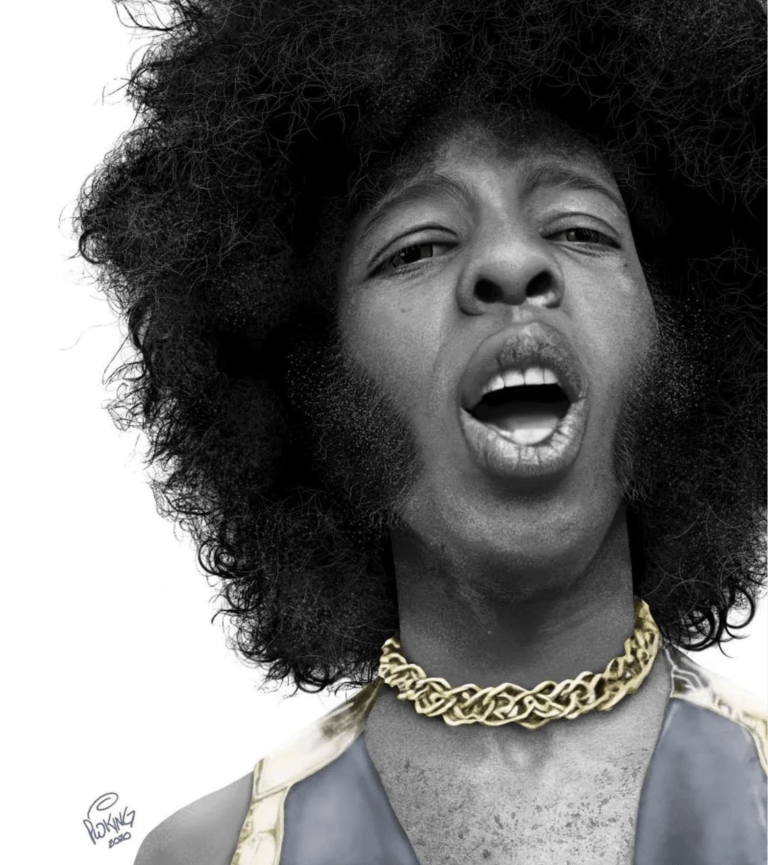 For decades we’ve known that Sly was out of commission. First he became infamous for no-shows at gigs, later he was nowhere to be found. Drugs got the best of him. What a waste. What a sin that such a great funkster was silent for so long. The great comeback of Sly was always on my mind. Then it happened! He surfaced on the Grammys in 2006, resplendent in a long shiny silver purple-lined cape and matching foot-high platinum Mohawk wig. I couldn’t believe my eyes! He was back! But wait…he was noticeably bent over, and limited in his movements. I began to think it was an imposter. How sad. How bitter sweet. He left the stage in mid-song. You couldn’t blame him really – a gathering of unworthy famous musicians were pompously jamming ‘I Want To Take You Higher’. How dare they be allowed onstage with the sublime Sly! As much as I hated to see him leave the stage, I had to mutter in solidarity, ‘Right on brother!’

And here we are, in 2007, paying our respects to the master – just to be in his presence once again is a truly miraculous historic event. I’ve lowered my expectations, but still can’t stop my heart from racing. The club has removed the tables for this gig, and I’m right at the front of the stage! Will I really be this close to Sly? Oh God – YES!

The Family Stone (including original members Cynthia and Jerry – trumpet and sax) appear onstage. We’ve heard that the band usually plays awhile before Sly makes his entrance, but WOAH – suddenly there he was! Could it be true? YES! Sly is actually in the building!! He’s wearing a white sweat suit with bits of silver glitter, shades and a Mohawk. He shuffles out to roaring cheers – a smiling shadow of his former explosive self, but his gigantic smile is his trademark, proving it’s really HIM! He noodles with his keyboard, checking the sound. Then he conducts a run-through audience sing-along of each song. He SLYly grins ear to ear and acts like a complete goofball. YES! He’s back!! Amazing renditions of ‘Dance To The Music’, ‘I Want To Take You Higher’, ‘Sing A Simple Song’ and ‘You Can Make It If You Try’ follow. His voice is incredible – deep, soulful, playful. And he’s not stoned! Many of us can’t believe what we’re witnessing (after many audience mutterings of ‘You think he’ll show up? I’ll believe it when I see it!’) Then Sly leaves the stage. He returns for ‘Everyday People’. Then he leaves again.

We can’t help but wonder if Sly is really happy to be performing again (he looks quite joyful onstage, but he doesn’t want to stay). Was it wrong to prop him up on stage for our enjoyment? Not if he feels our true love and appreciation, and takes it to heart! Anyone else would feed their ego on this worshipping crowd, but Sly has no problem walking off.

The little brat has exited, stage left! Heavens to Mergatroid!! The band members are visibly panicked. Poor Jerry receives a message from the wings, nervously looks at his watch, and waits until Cynthia stops blowing to relay it to her. The band start jamming and there is much confusion. Aren’t they used to this by now? Shouldn’t they just pretend everything’s normal? Don’t they know the psychological tricks that get Sly back onstage? Perhaps an edible treat to lure him back, like the sick puppy he is!!

The band begins HIS song from Fresh – ironically titled, ‘If You Want Me To Stay’. They’re almost halfway through it, and I’m praying, “No! Wait for HIM to come back and sing it!!’ And back he comes, and he sings it – partly to ME!! I’ve kept my vow and met Sly again in this lifetime, and he looked into my eyes and sang. What more could I ask for? I just want to be sure that he is happy. There are very few people who make their way deep inside my heart, and this crazy nut is one of them!

With Sly still absent, the band jams awhile on ‘Thank You (Falettinme Be Mice Elf Again)’. At this point, some mice and elves on stage would have been a welcome diversion. The mic is handed to audience members to sing into. Sly never returns. One guy grabs the mic and says, ‘Get that crack addict back up on stage! I paid $100 for this ticket!’ Poor Jerry in defense replies, ‘Have respect for the great Sly Stone – this is the longest time that Sly has been onstage this tour!” (It was maybe a total of 30 minutes, topping his usual 20). Quick! Call the Guiness Book of World Records!

Actually, Sly’s gig went down as pretty much the calamity I’d expected, but we were all still dumbfounded nonetheless. It probably has nothing to do with his decades of drug abuse. It’s just how he is – he’s just SLY!

A friend attended the late show, and said it was fantastic. Sly was on stage for over an hour, and it was incredible. It’s hit or miss, just like always – Sly is still fly, but only when he wants to be! 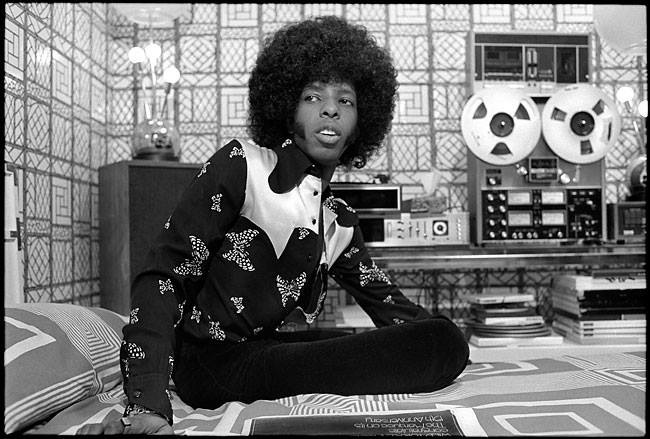 © Madeline Bocaro 2007. No part of these written materials amay be copied, photocopied, reproduced, translated or reduced to any electronic medium or machine-readable form, in whole or in part, without  prior written consent . Any other reproduction in any form without permission is prohibited. All materials contained on this site are protected by United States copyright law and may not be reproduced, distributed, transmitted, displayed, published or broadcast without prior written permission of Madeline Bocaro. 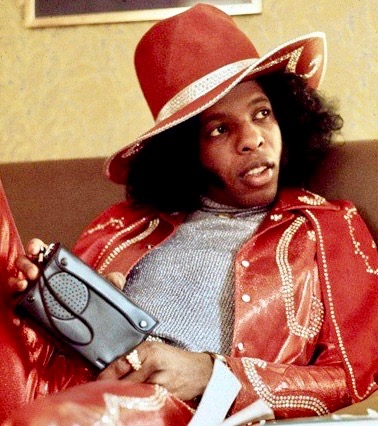 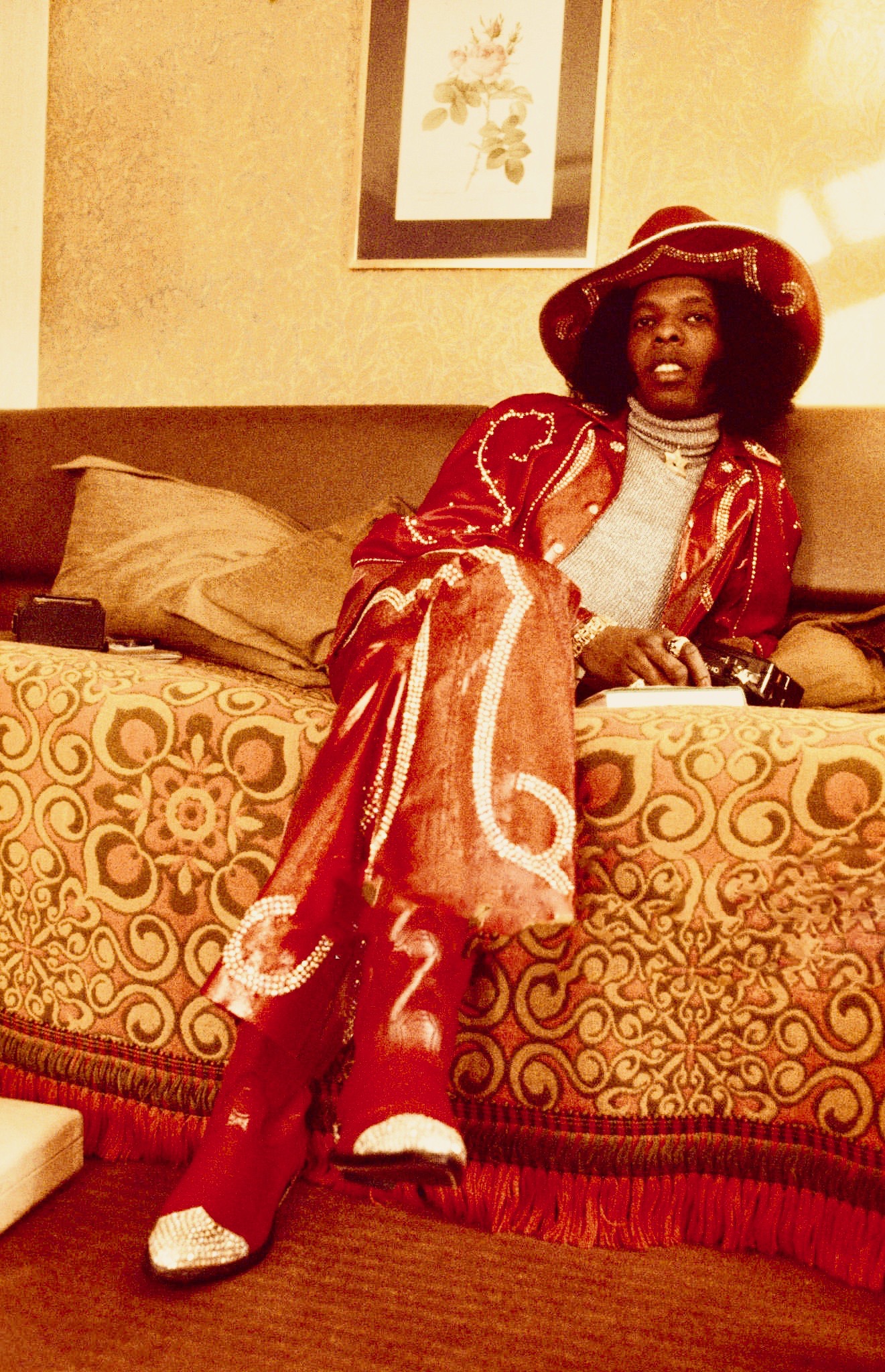 One thought on “WHEN SLY WAS FLY”