From the album Double Fantasy 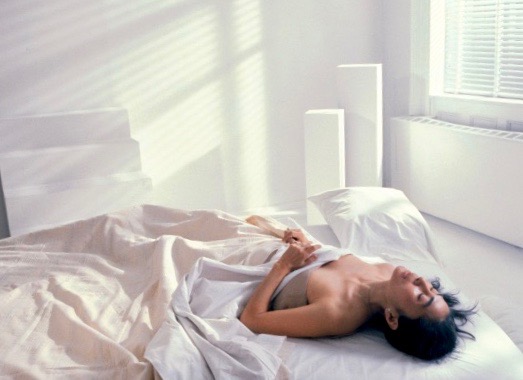 This was Yoko’s B-side to John’s ‘(Just Like) Starting Over’ on the first single from Double Fantasy –  A  Heart Play – a dialogue of songs between husband and wife / man and woman. The album was recorded at The Hit Factory in New York City, August 1980. The single was released almost a month ahead of the album on October 20 (USA) and October 24 (U.K.). The words, “One world, one people” (the name of their upcoming tour for the album) are etched in the run-out groove. It made the top ten. When the single stalled at No.  8 in the charts, Yoko was concerned, but John said, “It’s alright, we still have the family.”

It made the top ten. After John’s death it reached No. 1.

Yoko begins in a sweet voice, but waves of terror flow throughout the song. She questions death and life. She is bleeding inside, withholding a long, long story and showing us her hell. The lyrics ‘broken mirror, white terror / I’m shaking inside… It’s that faint, faint sound of the childhood bell ringing in my soul indicate deep anxiety and inner torment.

“During Recording of Double Fantasy, the bell that Yoko calls the wishing bell – you know she rings the bell and makes a wish or whatever ..and I put it on Double Fantasy to show the likeness and the difference of the long, long trip from the song “ Mother’ to ‘Starting Over’.”

(See more about the wishing bell below)

Yoko sang ‘Kiss Kiss Kiss’ in total darkness while lying on the floor in the studio in order to convey legitimate feelings of sexual pleasure merged with her inner pain. This was not like the delicate whispers of pleasure uttered by Jane Birkin in Serge Gainsbourg’s ‘Je Taime’ … moi non plus” (1969). Nor was it like Donna Summer’s moans of satisfaction in ‘I Feel Love’ (1977). This was something more savage, angry, demanding and desperate. Yoko begins sweetly asking for just one kiss, but later she is gasping and screaming for intimacy. She pleads in Japanese, ‘moto’ (more) and ‘daite’ (hug me). Yoko screams in her native tongue, “抱いて / 抱いて/ もっと強く抱いて Daite, Daite, Motto Tsuyoku Daite”. She is saying, “Hold me, hold me , hold me tighter”.

“There is the sound of a woman coming to a climax on it, and she is crying out to be held, to be touched. It will be controversial, because people still feel it’s less natural to hear the sounds of a woman’s lovemaking than, say, the sound of a Concorde, killing the atmosphere and polluting nature. Altogether, both sides are a prayer to change the Eighties”

“This song was created when I was withdrawing from a bad drug.

I kept breathing in pain.

All that time, I realized that there was a crack in my beautiful art deco mirror.

At the recording studio, I sung in total darkness, which gave the right mood to it.”

Yoko tells her story of the wishing bell here:

Yoko Ono Graciously Performs at World Artists For Tibet
https://www.youtube.com/watch?v=UMzVaMrrUhU
And I think that maybe today I want to remind us of the other power that we have, which is wishing silently in our minds together.
So I brought my old wishing bell. I will ring the bell three times and I would like you to wish inside your mind. We will wish together. We know what we’re wishing.
So now, let’s start.
Thank you.”

“He told me that he loves me every day. But I was shy and only said, “Yes, thank you very much.”So, he was very happy to hear “let me count the ways” and he said, “You finally said I love you.” And he made the answer song “Grow Old With Me ” for me. And now I wanted to tell him more “I Love You.”

Why me? Why you?
Broken mirror, white terror