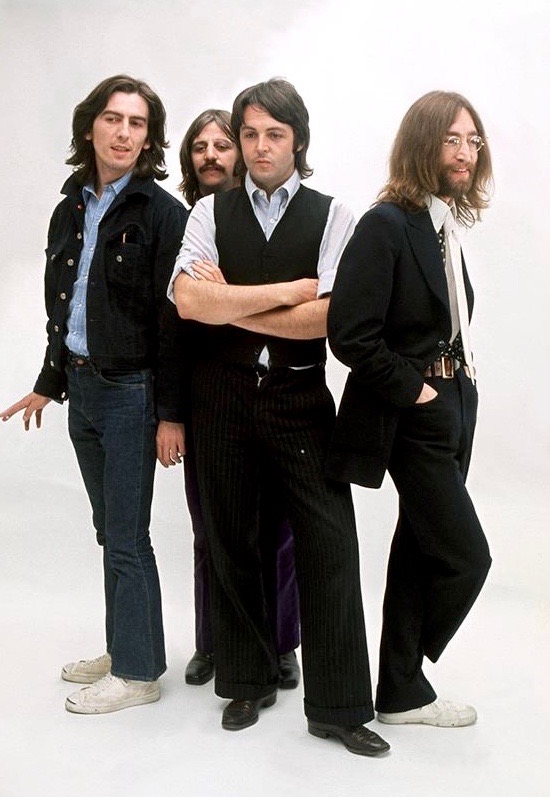 In the 1960s, we first heard the Beatles on transistor AM radios. Then we saw them on black and white television. Even those dull and primitive mediums could not diminish the excitement of such a special, wonderful, and soon to be legendary band. Next, came crackling vinyl, then stereo – a whole new world of sound – and in the 70s, cassette tapes that we blasted on boom boxes, and in our cars. The 80s brought the first re-masters for CD. We thought they sounded great in our iPods, but now, in 2009 – The Beatles’ music has finally come alive with an explosive burst of technology, showing us that we’ve basically been listening to their music inside of a tin can for all this time. And now we’re playing vinyl again!

The Abbey Road engineers have painstakingly and respectfully polished off the dust and unearthed precious treasures within each song. They don’t sound like mere records anymore. They are glowing and pure, as if you are right there in the studio with the band – John, Paul, George, Ringo and YOU. The music is now truly mind altering – even the earlier non-psychedelic songs. If these were films, they would be the equivalent HD, 3-D and in Technicolor. Revelatory resounding harpsichords, mellotrons, horns, twanging sitars, thumping vintage Hofners, glorious Gretches (and perhaps even some cowbell) swirl around your senses and blow your mind.

You can sum it all up in one word – RINGO!  The clarity, precision and genius of the drums makes everything pop. Ringo was the beat master. His hits are perfect in each moment of every song. His fills are like mini symphonies. Ringo rocks! He’s my new favourite Beatle.

Both the mono and stereo box sets sold out in pre-orders, prior to the 9/9/09 release date. Mono was a limitation of technology, but the purists dig familiarity. This rundown is based on the stereo versions. I’ve lost count of how many times I had to pause and have a reality check on the ultimate splendour that I’d just heard, or how many times I’ve said ‘WOW! I’ve never heard THAT before!!’

Twist And Shout! – The warmth and tonality of the vintage instruments sound brand new, causing us to take this fun and frivolous song quite seriously. This rings true on all the earlier tracks.

Eleanor Rigby– The melancholy and sadness of this song are even deeper with the clarity and pure emotion of the orchestral instruments. It makes you cry harder, and you feel lonelier.

Tomorrow Never Knows – John’s vocal finally gets the ‘Dalai Lama, chanting on a mountaintop, miles away’ sound that he described to engineer Geoff Emerick during the sessions.

Lucy in the Sky with Diamonds – Cellophane flowers of yellow and green ARE towering over your head. You can actually hear the cellophane – well at least, you can now clearly imagine what cellophane sounds like. The sky is all sparkly, and you can even hear the diamonds…and no, I’m not stoned! The trees ARE tangerine and the skies ARE marmalade, which is making me hungry, because I just realized that I’ve forgotten to eat for two days while listening to all of this.

Being for the Benefit of Mr. Kite – Welcome to the circus – you are there!! This is a total freakout, and you don’t even need acid! You are on a haywire carousel, chased by evil clowns as your head is spinning to the whirling Wurlitzer’s warped waltz. As John intended, you can smell the sawdust on the floor, and perhaps even the elephants!

Strawberry Fields Forever – Holy mellotron! John’s hand reaches out through the speakers, grabs your arm and takes you down to the place where nothing is real. This song was always was trippy, but now the journey is much longer and weirder – a real mind bender. The Indian zither is other-worldly, traveling from ear to ear.

Penny Lane – There is so much going on – in my ears AND in my eyes! The song suddenly becomes cinematic with all the street hustle and bustle and all the characters coming to life. The vibrant trumpeting, clanging fire bell and street sounds envelop the listener. I can even smell the poppies that I’ve just bought from the nurse, as she wraps them up for me.

Back in the USSR– This has extreme movie soundtrack ambience. The screeching airplanes swoop right down on your head. Gotta hand it to McCartney for his drumming on this one. The mock Beach Boys harmonies take you right to California…and then you’re back in the USSR with the balalaikas ringing out.

Blackbird – Your ears are right between the acoustic guitar strings and Paul’s fingertips. That close.

Piggies – deserves a mention, as it is surprisingly one of the most brilliantly enhanced.

Birthday  – This song is born again! It is truly a religious experience, and the revelations in sound are astounding.

Yer Blues– The richness of this makes the previous version sound punk with its thrashy drum sound. Now it has a bottom with resonating bass and drums with crisp cymbals. The way it should be.

Helter Skelter – If any inclined murderers hear this improved master, we are in for the world’s bloodiest massacre!  Good thing Charles Manson is still locked up.

Savoy Truffle– The sax sizzles, but the guitar solo screams as loudly as the guy in the song who will be getting his teeth pulled!

Cry Baby Cry –The re-master retains the song’s delicate fairy-tale quality, the tremolo of John’s voice and defines its warmth and beauty.

The Long and Winding Road – Paul eliminated Phil Spector’s swelling strings from his Naked mix. Guess what, Paul?! THEY’RE BACK…in all their glory!