Recorded on the soundstages of Hollywood American Studios, Hollywood, California and at the Radio Drama Studio, Stockholm

© Madeline Bocaro, 2009. No part of this site may be reproduced in whole or in part in any manner without permission of the copyright owner.

Experiencing the live premier on 14th August was like listening to War Of the Worlds under the influence of wild strawberries laced with acid! If it were not known that Bergman had passed away just two years ago at age 89, audiences everywhere would have gasped in horror and suspense at his apparent abduction and forced transport to Hollywood by heathen executives. The lack of commercial interruption, the suspenseful realistic soundtrack, and dramatic operatic flourishes brought a frightening realism to this surreal story, invoking in the listener emotional distress, cries and whispers for dear Ingmar’s safe return to Sweden.

How sad that Bergman was not able to live just another two years,

so that he could have heard the Maels’ tribute to his genius. 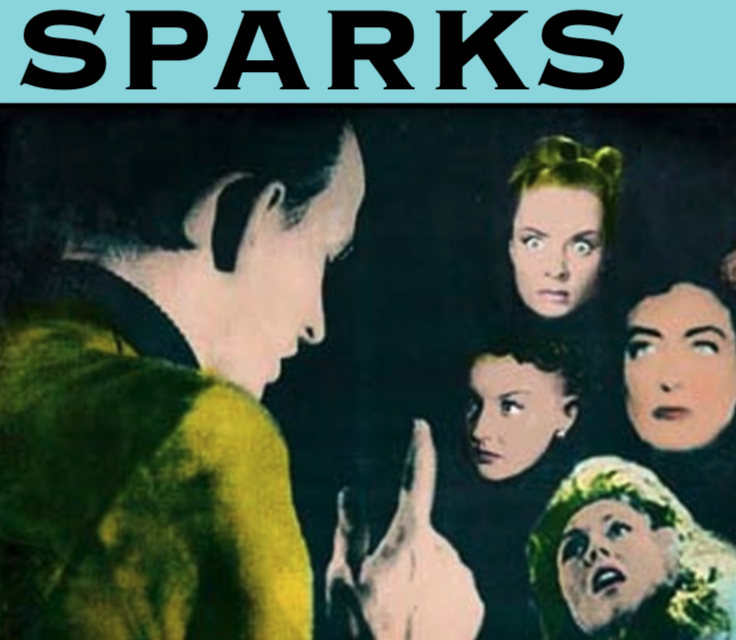 The production contains the most dramatic and endearing elements of every international film and musical ever made; recurring Hitchcock Psycho strings, the best of West Side Story’s Sharks vs. Jets fight scenes, the whisky bar oom-pah of Brecht/Weill, all the greatest tricks from the Sparks songbook, and a playful nod to The Sound Of Music’s ‘So Long, Farewell’, as Bergman is welcomed home to Sweden in the joyous, triumphant finale, ‘He’s Home’.

Skip the stage production – this latest Sparks creation is big screen ready! The confused Herr Bergman is trapped in the whirlwind of a cinematic Sparks musical. We can envision him dodging wildly wielded violin bows, reeling from thumping tympani, galloping piano and tumultuous trills. While chased by quick staccato notes flying off the pages, he darts from the frantic conductor’s waving baton.

As we begin, Bergman is announced as the unexpected winner of a ‘1956 Cannes Film Festival’ award for his comedic film, Smiles of a Summer Night. The director makes his acceptance speech amidst much fanfare, in the reflective ‘I Am Ingmar Bergman’

Ingmar inexplicably forces himself to view a bombastic, mindless Hollywood blockbuster film playing in a Stockholm theatre. It leaves him feeling like the character Alex in A Clockwork Orange, (whom, under aversion therapy, was drugged and forced to watch graphically violent films). An overwhelmed and distraught Bergman exits the theatre. He mysteriously finds himself, standing on a Hollywood street. Ron Mael makes his long awaited singing debut as the chauffer in ‘Limo Driver (Welcome To Hollywood)’. He abducts Ingmar and sings him the praises of Hollywood, as the politely protesting director begs to be told where he is being taken. The enormous film studio gates, and enamoured yet conniving executives’ chatter in the whimsical ‘Here He Is Now’ are a dead giveaway. The execs snicker – Bergman is sorely in need of a tan.

Bergman’s concerns are valid, as he is held captive in Hollywood, a place so alien to the director’s own morals and sensibility. Always in search of truth, he ironically finds himself in a most unreal situation in the world’s most idealistic city.

Then we begin to rock with ‘Mr. Bergman, How Are You?’ Each line is echoed by a female Swedish translator – just a formality, as Mr. B knows English quite well. Russell’s magnificent, alternating, low-to-high note vocals are punctuated by stunning organ, and guitar leads that reference the pure pop of The Cars’ ‘My Best Friend’s Girlfriend’. Bergman is being persuaded to make his Hollywood film his own way, and the praises/titles of his films are sung. Despite Bergman’s apprehension, the sinister execs convince themselves that ‘He’ll Come Round’.

The friendly limo driver extends his hospitality in  ‘En Route To The Beverly Hills Hotel’. Ingmar is then provided with the services of a Hollywood hooker in ‘Hollywood Welcoming Committee’, but ironically Bergman gets the feeling that HE is on the casting couch. The now frantic Swede places a desperate call to his homeland in ‘I’ve Got To Contact Sweden’ (eerily reminiscent of ‘Tubular Bells’ from The Exorcist), but the telephone operator has never heard of the place.

The master is introduced to other non-American celluloid heroes (Fritz Lang, Hitchcock, Billy Wilder, etc.) who are all enjoying lunch in ‘The Studio Commissary’, which incorporates all the finest elements of a Brecht/Weill musical. Bergman is informed that his colleagues are all happy and successful making English-speaking films in Hollywood. In ‘I Must Not Be Hasty’ Bergman deliberates; American films are foolish abominations, but then there is the lure of a big budget (which he has never had before), but then there is the language barrier, and his stature.

In a dream sequence, Bergman anticipates the frustrations of trying to direct a Hollywood film in ‘Quiet On The Set’, yelling ‘Action! Cut! No! Quiet! without anyone’s cooperation. He must deal with a typical condescending Hollywood diva in ‘Why Do You Take That Tone With Me?’  She reminds us of the bitchy starlet in the 1994 Sparks song, ‘I Thought I Told You to Wait in the Car’.

Bergman then receives a wake up call from the hospitable ‘Pleasant Hotel Staff’ and embarks on a morning walk, again contemplating the disconcerting proposition of working in Hollywood. Ron Mael is the sing-song ‘Hollywood Tour Bus’ guide, pointing out the new local tourist attraction – a dejected and lonely genius Ingmar Bergman, who is walking down the street, unaware of his inflated celebrity status. After an intolerable assault by ‘Autograph Hounds’, ‘Bergman Ponders Escape’, as he yearns to retreat to his dreary and peaceful homeland.

The brutal executives give him no choice in the deceivingly gentle signature Sparks ballad, ‘We’ve Got To Turn Him ‘Round’.  Ingmar attempts another quiet stroll. Soon, he is caught in a stereotypical Hollywood action scene, chased by policemen with dogs, and helicopters, explosions, car crashes, etc., occurring all around him. Bergman is now in someone else’s Hollywood film, playing the part of himself, unable to direct his own actions. The hunter is now the hunted, ironically trying to escape from the land of escapist art, in ‘Escape (Part 1)’ – a modernized ‘Hernando’s Hideaway’. Bergman evades his captors in ‘Escape (Part 2)’. 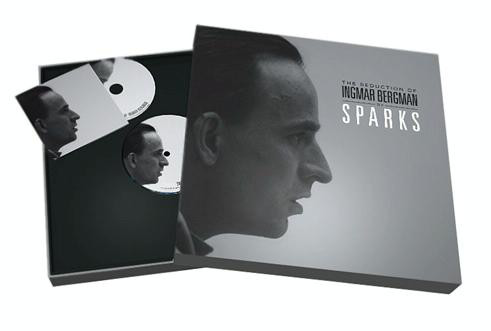 In ‘Oh My God’ Bergman reaches the Pacific Ocean shore, and prays to God (if he exists) for a saviour. The beautiful, lilting aria ‘Garbo Sings’ is a welcome respite to his ears, (although she is more evocative of Piaf). An angelic Greta Garbo appears to him in a divine vision, as they view one of her Swedish films together. (Hey, if all the rest of the things in this musical can occur, so can this!) Garbo sings perhaps the two most illustrative lines of the musical, ‘I’m here to guide you home – To somewhere monochrome’. She mystically aids in his transport home to Sweden, returning the master to his rightful place. At the end of ‘Almost A Hollywood Ending’, Garbo is gone.

Their hero, Ingmar Bergman is cheered by ‘the happy Swedish people’ in the rousing and joyful finale, ‘He’s Home’. The seduction failed, and Ingmar appreciates the melancholy splendour of his monochromatic fatherland, wearing a gray sweater, standing in the rain…and of course, without a tan.

The actor portraying Ingmar had been in several of Bergman’s final plays. He told Ron and Russell that he’s positive that Bergman would have loved the musical. Also, the Bergman actor’s father played the priest in Bergman’s Fanny and Alexander.

The actress singing the Garbo song, had also worked with Bergman’s theatre troupe, and she also said that Ingmar would have loved the Sparks musical.