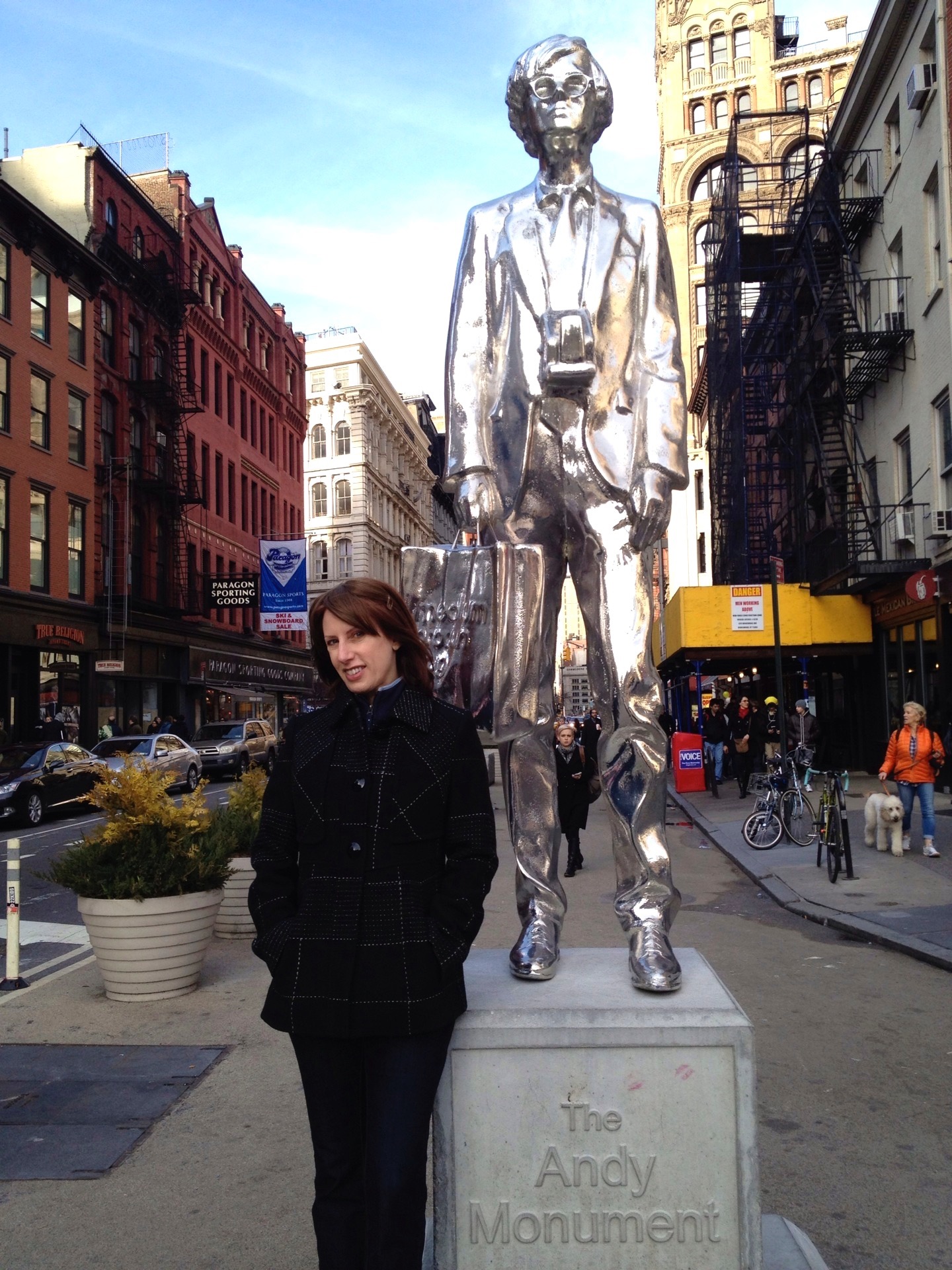 Andy Warhol has been immortalized with a glistening silver statue in New York City. ‘The Andy Monument’ now stands on the northwest corner of Union Square, which housed two of his Factory buildings (33 Union Square West and 860 Broadway).

What would the modest Andy say about it? Probably, ‘Wowww! It’s sooooo shiny!’ He’d be pleased that he looks quite young, hip and almost handsome, that his Polaroid camera is around his neck, and he would be proud that he is carrying a Bloomingdale’s shopping bag.

What a topsy-turvy world Warhol created. Did he elevate ordinary objects to objets de’art, or did he devalue and decompress art itself into mass-produced everyday products and images? Warhol was fascinated simultaneously by high life and low life. He mingled with the glitterati, and also befriended junkies and drag queens, branding them ‘superstars’.

One of the great secrets of New York City is that there are so many of these aged, infamous 1960s Warholian characters still out and about, who jump at the chance to share their legendary stories of ‘superstardom’ with us young acolytes, who listen wide-eyed and in awe. Ultra Violet and Taylor Meade were there at the unveiling of Andy’s statue last week.

Andy was hoarder of pop culture. He collected the people, images and voices of his time. Thanks to him, they are preserved on film, tape and canvas for future generations. If reality shows existed at the time, Warhol’s World would have most certainly been the most fabulous! There is definitely enough film and audio, captured by Andy himself, to create such a show now.

Warhol joins fellow icons George Washington, Abraham Lincoln, Mahatma Gandhi and the Virgin Mary, who are all bronzed in Union Square – dull memorials in comparison to Andy’s shimmering chrome effigy. This statue indicates that Andy Warhol Superstar will be famous for at least fifteen more centuries!

The monument by artist Ron Pruitt is sponsored by the Public Art Fund.