Bonus Track – Take Me to the Land of Hell (Japan)

In this very poignant song, a small and large oak tree represent Yoko’s son Sean and his father.

The small tree is beside an old bark that was hit by lightning (just as John Lennon was struck down in his prime). In Yoko’s voice, Sean – who was very young when John was murdered, remembers “he taught me about life – that was when I was five.”

As a storm approaches, leaves, and birds scatter. Thunder reminds Sean of his dad. He inherits John’s strength and wisdom and cherishes memories of him although he is no longer here.

In this sadness, I am thinking of the acorns that John and Yoko planted in the garden at Coventry Cathedral in England*, and the two oak trees that they brought into this world. In a way, Sean has grown from an acorn fallen from their trees in this song.

This song can also be about Yoko’s memories of her own father.

Yoko has also conjured the image of a tree in her memory of John.

but I’m in the shade of this beautiful tree, and the tree is protecting me.”

“All trees are my friends. When I whisper, I always make sure to say pass it on.

So all trees get the message and none of them get jealous.”

Originally featured in Yoko’s 1994 off-Broadway musical New York Rock, ‘Story of an Oak Tree’ was re-recorded in 2013 for inclusion on the album Take Me To The Land of Hell. However, it was left off the album and was only included as a bonus track on the Japanese CD edition.

Story of an Oak Tree
I walked through the park and saw a young oak tree growing,
Growing beside an old bark hit by lightning
I asked the young tree how he wished to be

He shook his leaves and sung to me

Trees were shaking their leaves one by one

A storm was coming as they said

I heard thunder, in the far far distance

The wind was howling, the birds flew away

When I hear thunder, I think of my father,
He taught me about life, that was when I was five.
It’s true that some days are more than grey
But we learn to get by day by day.

I’m a strong oak tree like my father used to be
Though deep in my heart, the memory’s still there.
The sky is clearer now and the wind is fair
The world is beautiful and I like it out here

The world is beautiful and I like it out here

I’m a strong oak tree like my father used to be
Though deep in my heart, the memory’s still there
The sky is clearer now and the wind is fair
The world is beautiful and I like it out here

*At their first event together in May 1968 (Acorn Peace), John and Yoko planted two acorns at St. Michael’s Cathedral in Coventry. They believed that these “Seeds of Peace” would keep multiplying forever. After the seeds were stolen, John and Yoko sent two acorns to each of the World Leaders at the time, asking them to plant the acorns for peace.

The seeds were not only a symbol of Peace, but a symbol of East and West coming together.

“Enclosed in this package we are sending you two living sculptures –
which are acorns – in the hope that you will plant them in your garden and grow
two oak trees for world peace.

Yours with love,
John and Yoko Ono Lennon”

In May 2009 on the 40th anniversary of Acorn Peace, Yoko sent acorns to President Obama.

In their film Imagine, Yoko and John are seen listening to tree trunks using stethoscopes.

Instructions for Yoko’s Wish Trees ask us to tie our written wishes onto the tree branches, She also tells us to whisper our wishes to the tree…

All My Works are a Form of Wishing 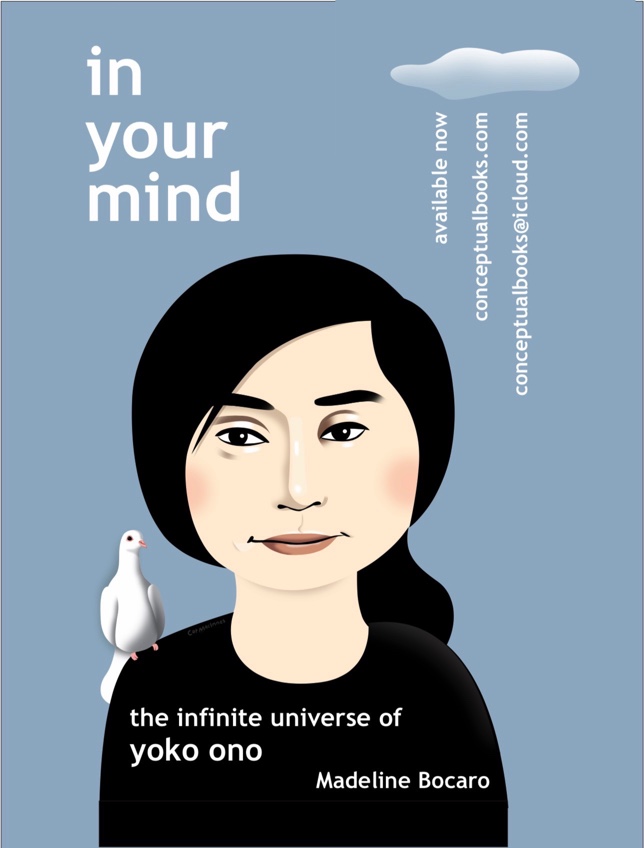 One thought on “Yoko Song: Story of an Oak Tree”