An excerpt from my Yoko Ono biorgaphy:

The imagery in Yoko Ono’s Franklin Summer drawings (1995-2013…) resembles starling murmurations. The lines are at once geometric and organic, amorphous – the literal floating world of Ukio e (浮世絵, which translates as ‘picture[s] of the floating world’.

We can see the energy vibrating in each picture. Most of the images evoke aspects of nature; molecular, aquatic, avian and intergalactic. Many of her abstractions are often of birdlike, including shapes that are embryonic and oval, like an egg.

“I started making them and soon found that there was an energy emanating from them and from the process of seeing beautiful forms emerge. I tried not to interfere with the process, not to control the direction of the dots. It was a gentle energy, linked to the life force, linked to nature.”

The drawings are done with a mechanical drawing pen called a Rapidograph used by architects and designers. The style is reminiscent of Yoko’s drawings representing her song lyrics on the inner sleeves of the album Fly.

FRANKLIN SUMMER (1995-2013) “I was in the country at my farm, just relaxing and everything. And somebody told me that they wanted my drawings for an exhibition. I said, “I don’t do drawings.” But it was such a beautiful day. And I saw the beautiful rolling hills and the sun and everything was so kind of lackadaisical, a beautiful summer day. And I think, “why don’t I just try to do it? Oh, this is interesting!” So I finished six of them. And I called the person who was arranging the gallery show and said “I think I did some drawings. Do you want them?” …So from then on, I realized that as it’s so easy to do it, and as it’s just so relaxing to do it – it’s almost like a therapy. So I did so many of them. I do them without planning. It’s not like I’m saying, “Oh, let’s do a circle,” you know – each one is totally different.”

Amongst many installations, Ubu gallery in NYC presented the Franklin Summer drawings along with Blood Objects in October-December 1995.

“The dots accumulated into a mass, and figures emerged from them… It was very much like what one goes through in meditation…”  – y.o.

BALTIC Centre for Contemporary Art presented them in the solo exhibition Yoko Ono: Between the Sky and My Head (2009).

Since 1994 Yoko Ono has created more than 1,400 same-format inkblot drawings on paper. Approximately 100 drawings from this large, almost unknown body of work entitled Franklin Summer are selected by the artist and reproduced in this book.

Yoko also included these drawings in her book Acorn (2013) which evolved from her interactive 100 ACORNS web site: 100 days of instructions by Yoko Ono.

My book of conceptual instructions GRAPEFRUIT was first published

I’m now repeating 100 ACORNS for you to enjoy and participate in,

one Acorn per day through November, December, January and February,

After each day of sharing the instructions, please feel free to

what your mind tells you. I’m just planting the seeds.

remake of her song ‘Warzone’. 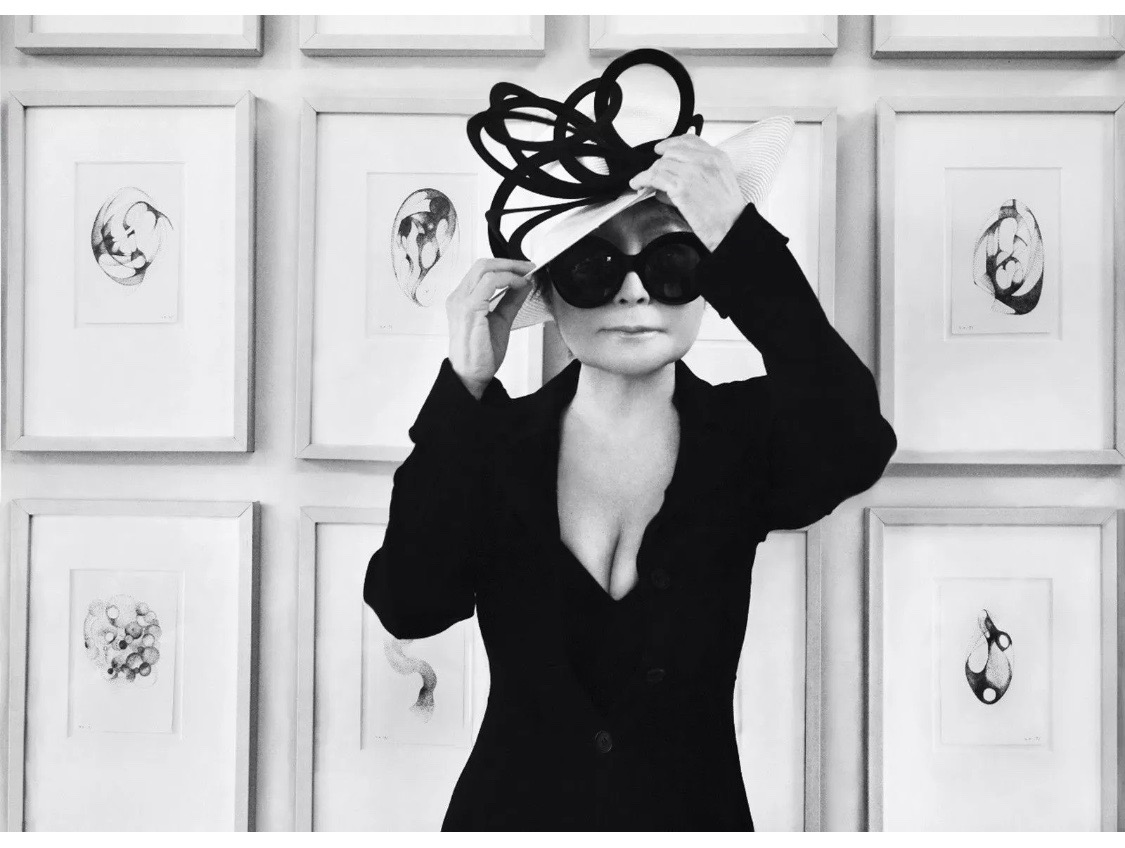 The Science Of Starling Murmuration:

An excerpt from my Yoko Ono biography 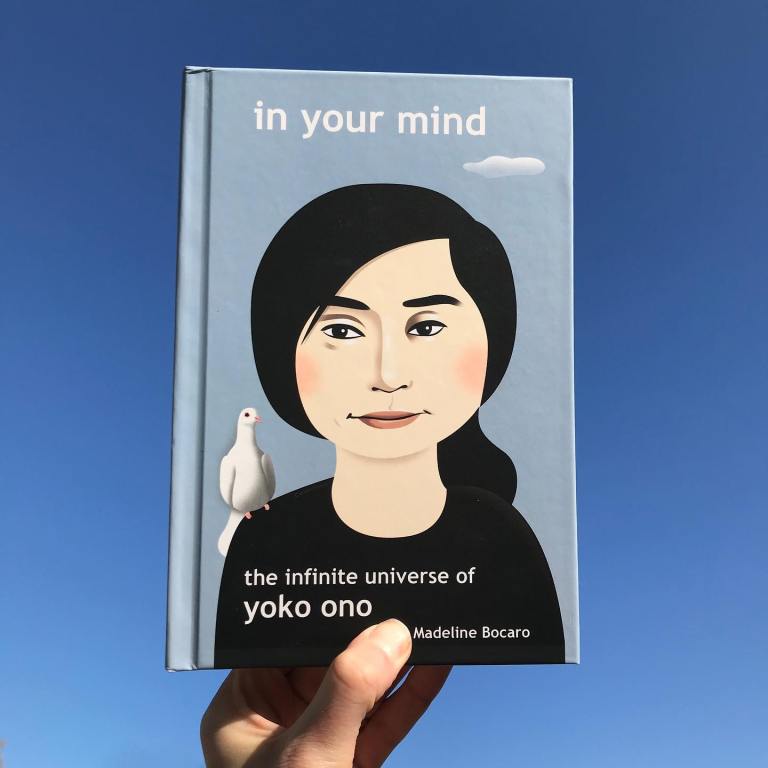