© Madeline Bocaro, 2014/2021. No part of this site may be reproduced in whole or in part in any manner without permission of the copyright owner.

Yoko’s song, ‘Who Has Seen the Wind?’ is the B-side of John Lennon’s single ‘Instant Karma!’ on Apple Records. The A-Side was recorded in one day and rush-released (“like instant coffee”) and immediately hit No. 5 in the U.K.. Upon its USA release on February 20, 1970 it reached No. 3. It made the Top Ten internationally, rising to No. 2 in Canada. The song’s first appearance on CD was a bonus track on the Rykodisc reissue of Wedding Album in 1997. 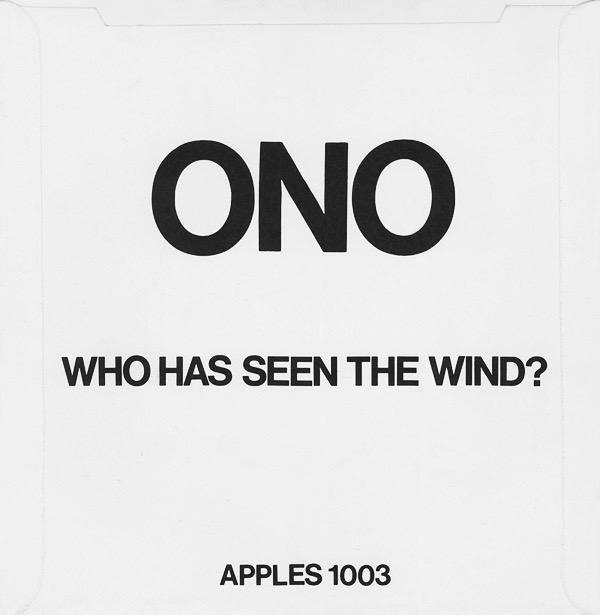 The lyrics to Yoko’s delicate B-side (recorded at Trident studios) incorporate lines from poet Christina Rossetti’s nursery rhyme, “Who Has Seen the Wind?” (from Sing-Song: A Nursery Rhyme Book, 1872). The lyrics convey the spirituality of nature, being able to see something that is invisible through the effect it has on other things (as in ‘karma’) through movement or in stillness.

This gentle tune with a simple baroque acoustic arrangement accented with a serene tambourine is sung by Yoko acapella in a high-pitched, quiet and childlike voice. The first verse is in a minor key with an oriental style melody, then the song switches to a sweet major key.

“On that song, the voice is wavering a little, there are shrills and cracks, it’s not professional pop singing, the background is going off a little. There was something of a lost little girl about it. What I was aiming at was the effect you get in Alban Berg’s Wozzeck, where the drunkard sings, a slightly crazed voice, a bit of a broken toy. In that sense it was a quiet desperation.”

– Yoko to Jonathan Cott – Yoko Ono and Her Sixteen-Track Voice

Who has seen the wind?

Neither you nor I

But when the trees bow down their heads

The wind is passing by

In the final verse, Yoko sings about the peaceful legacy that she and John are hoping to leave when they are long gone. Their shared dream will become a reality. They will become invisible, but the ripples of their effect on the world will be known and everlasting, like the wind.

But when the world gets bright and clear

you’ll know that we were there.

The heavenly weird and wonky out-of-time acoustic guitar on ‘Who Has Seen the Wind’ is so wrong that it’s perfect! John’s guitar is in another dimension – behind the beat. So strange. The remastered single released on Record Store Day in 2020 is even more magical. The fluttering flutes sound like flapping butterfly wings. They bounce and echo off each other. The trilling harpsichord takes us time traveling to a baroque ballroom dance. The instruments sound wobbly, like a children’s music recital, just about to veer off-key. However, Yoko’s intimate vocal is pure and innocent, like a young child. She comes in a bit too early in the intro, which adds to the sublime madness. The instruments are weirdly wobbly, yet Yoko is on beat and in perfect pitch. We have only ever heard this on a scratchy record and on AM radio. This new mix is mind-blowing in headphones!

John sang a live vocal over the instrumental track of ‘Instant Karma!’ on Top of the Pops during two appearances; on February 12th and also on February 19th 1970. He and Yoko sported crew-cut hairstyles. There are two different appearances. For one, Yoko was blindfolded by a sanitary pad, knitting. In the second version, she holds up signs with the single words ‘Peace’, ‘Love’ ‘Hope’ and ‘Breathe’. They were accompanied by White, Voormann, BP Fallon and Beatles’ assistant Mal Evans on tambourine.

“I was blindfolding myself with a Kotex and knitting something that was going nowhere. I was doing that while a man symbolizing our future was singing ‘WE ALL SHINE ON’.” Yes. We will shine, but for that we have to take the blindfold off and stop knitting what we don’t know what we are knitting. It was my way of showing what we women must free ourselves.”

“My performance was showing to the world what women go through. Chained to the world, blindfolded, and still working hard, knitting.”

The wind has blown through many of Yoko’s artworks and music over time. Her beautiful Painting for the Wind (1961 summer) instructs us to cut a hole in a bag filled with seeds of any kind and place the bag where there is wind.  Wind Piece, “Make a way for the wind.” (first performed at Sogetsu Art Center in 1962 with a large electric fan on-stage) acknowledges the presence of the wind. She encourages us to  respect something that is invisible yet important and also advises that we keep our heads empty so that a wind can pass through.

Yoko’s important messages are carried by the wind, all over the universe. They blow through our minds and through our lives. We are swept up into a maelstrom inciting us to move, to think and to act. The wind spreads the seeds of her wisdom.

“There is a wind that never dies.”

“A long time ago

I said there is a wind that never dies –

I did not know that that wind was you”

“Around the time that I met John, I went to a palmist – John would probably laugh at this – and he said: ‘You’re like a very very fast wind that goes speeding around the world.’ And I had a line that signified astral projection. The only thing I didn’t have was a root. But, the palmist said, you’ve met a person who’s fixed like a mountain, and if you get connected with that mountain you might get materialized. And John is like a frail wind, too, so he understands all of these aspects… 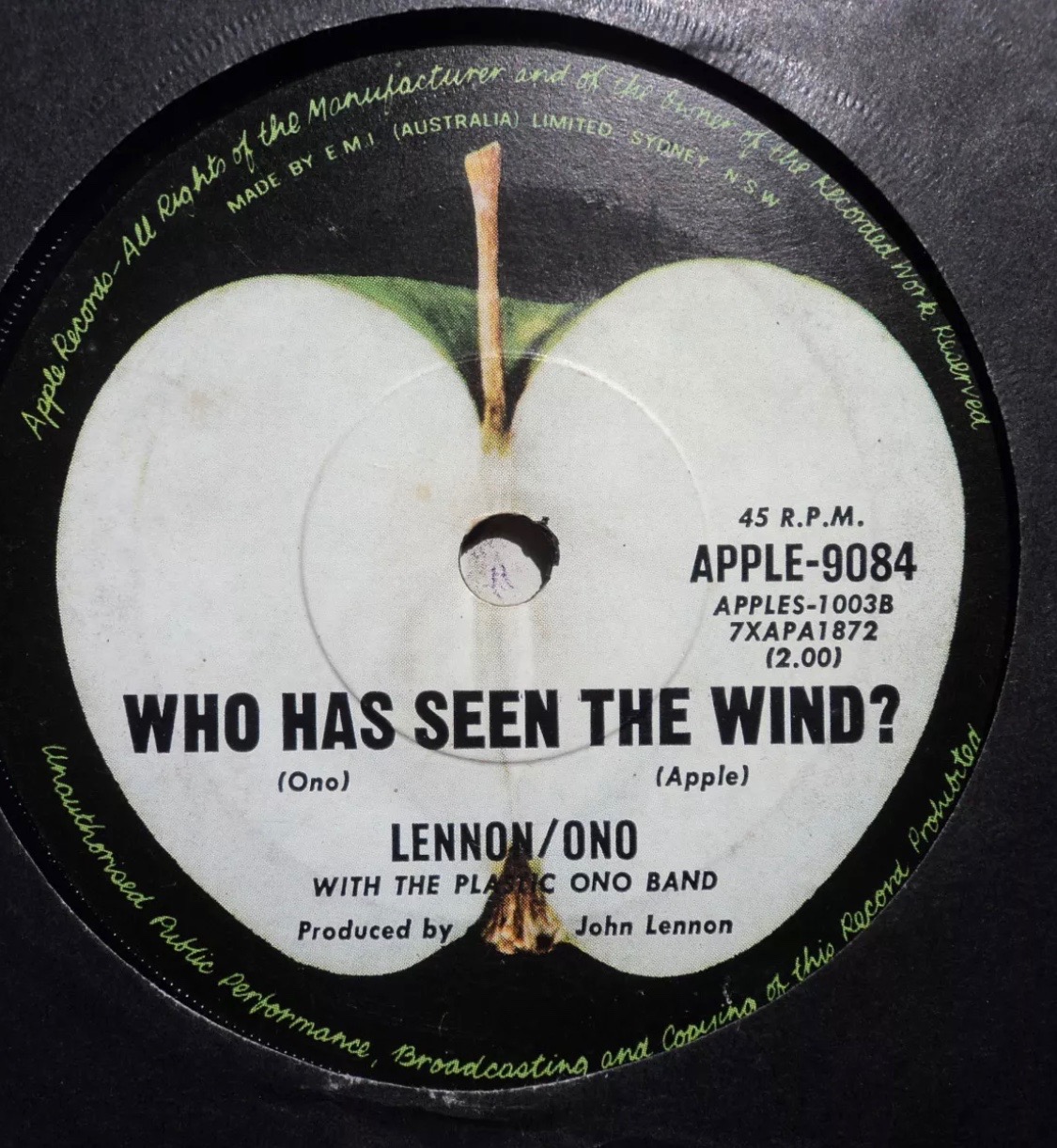 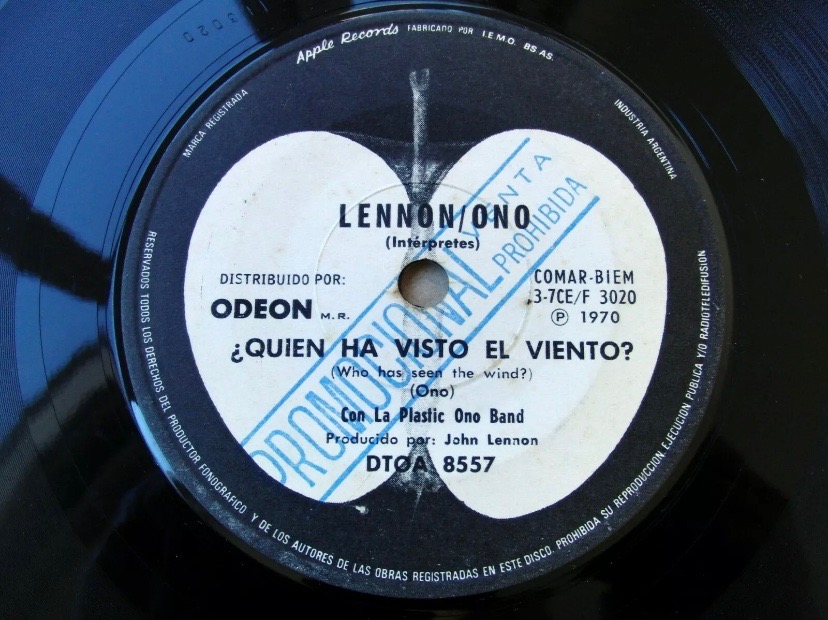 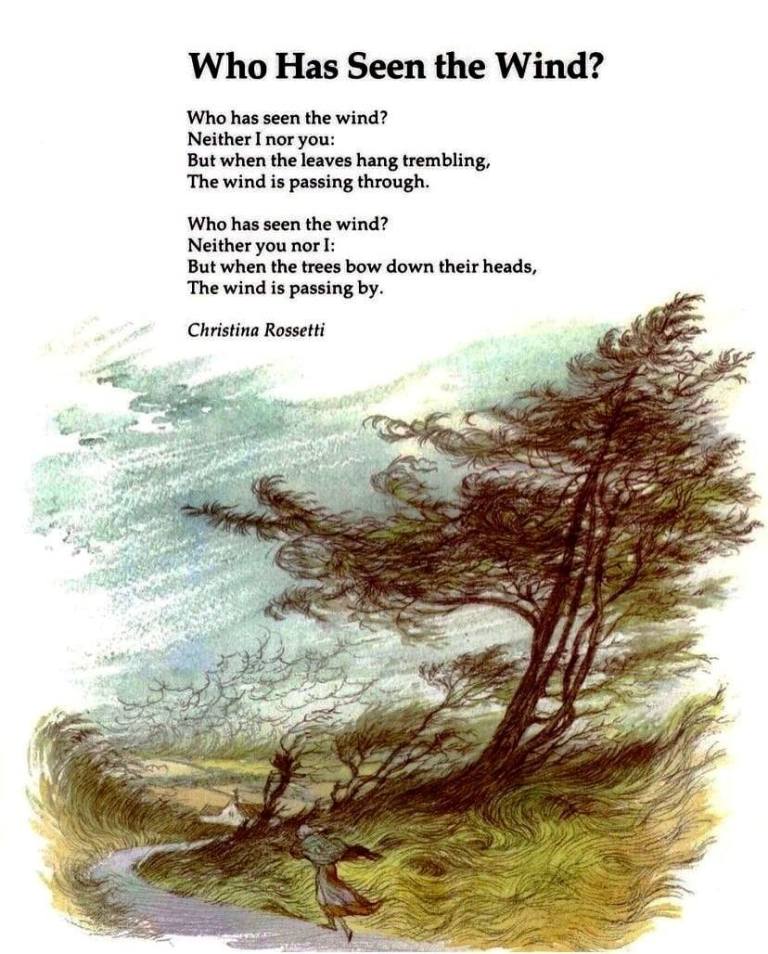 One thought on “Yoko Song: Who Has Seen the Wind?”