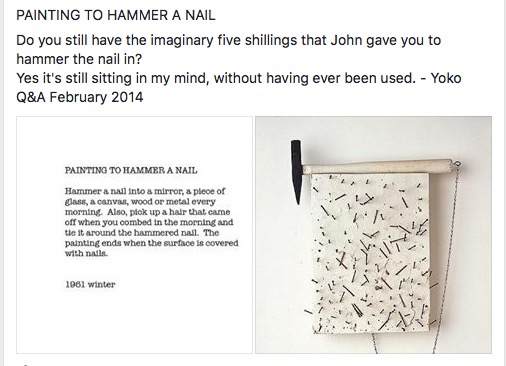 Painting to Hammer a Nail was shown at Yoko’s Indica gallery exhibit in November 1966. The piece consists of a board with a chain and a hammer hanging from it and with a collection of nails underneath.  Although the piece invited people to hammer a nail, there was a small monetary charge. When she met John Lennon for the first time on the night before her Indica opening (Unfinished Paintings), the Beatle was not carrying any cash.

John told Rolling Stone’s David Sheff in 1980, “So there was this little conference and she finally said, ‘Okay, you can hammer a nail in for five shillings [60 cents].’ So smart-ass here says, ‘Well, I’ll give you an imaginary five shillings and hammer an imaginary nail in.’ And that’s when we really met. That’s when we locked eyes, and she got it and I got it, and that was it.”

to hammer the nail in?

Yoko: Yes it’s still sitting in my mind, without having ever been used.

“The first impression I had of (John), looking at the hammer and nail painting like as if it’s Mona Lisa, was that he looked very beautiful, a very elegant kind of guy. That nice feeling about it. It would be nice to have an affair or something with somebody like this. Then I thought, ‘I’m too busy now.’ When he did (bit) the apple – ‘Oh, well, forget it.” 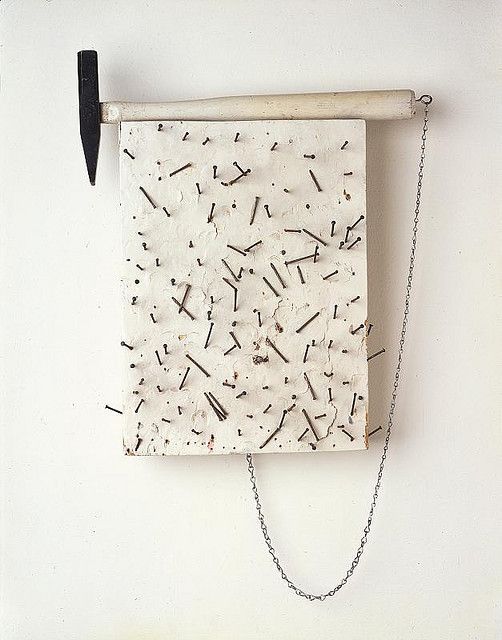 Painting to Hammer a Nail

Hammer a nail into a mirror, a canvas, a piece of

up a hair that came off when you combed in the

morning and tie it around the hammered nail.

The painting ends when the surface is covered with nails.

Painting to Hammer a Nail is a distant cousin of Yoko’s popular piece, Wish Tree.  As a child, Yoko visited shrines in Japan where people tied pre-printed tags with simple messages onto trees. The wishes were simple, such as “Good luck.” The multitude of white papers tied to the trees looked like white flowers. Yoko decided that this time people should write their own wishes. In Hammer a Nail, Yoko asks us to tie a hair on the nails.

The invitation announcement to the November 1988 exhibit, Three Events (Nail It, Mend, Play It With (sic) Trust) at University of Missouri was pierced by a silver nail.

Yoko resurrected the piece in the shape of a wooden cross at the Judson Memorial Church in New York on Jan. 19, 1990. It has always been a staple of most of her retrospectives worldwide. 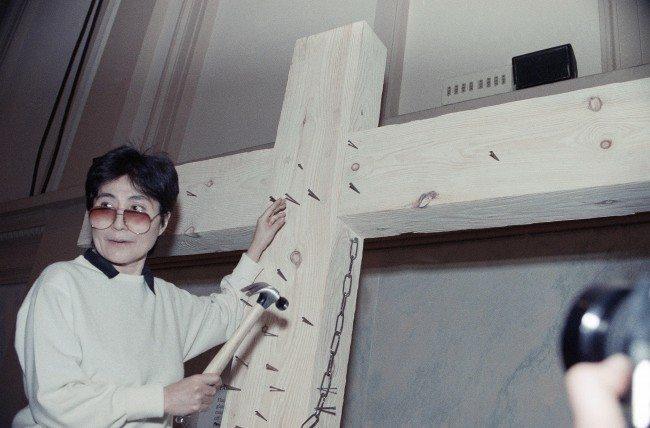 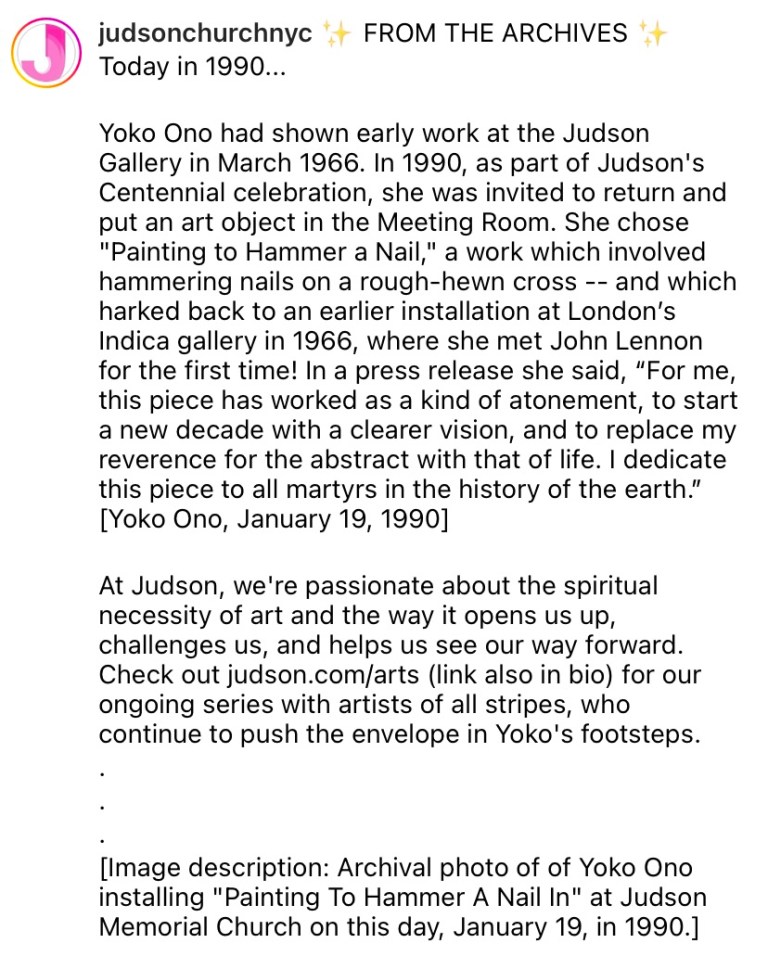 Yoko Ono issued a statement: “First the piece became covered with many things and lost its shape. I thought it was hilarious, and loved it! Then a woman decided that was not good, and tried to put the work back to its original shape. Then the museum decided that the woman should not have done that and fired her. Things keep happening, very much like life itself, with the original instructions being the genesis of it all. Life is beyond criticism, much less mine.”

The chair in the foreground is there to
indicate the scale of the work.: 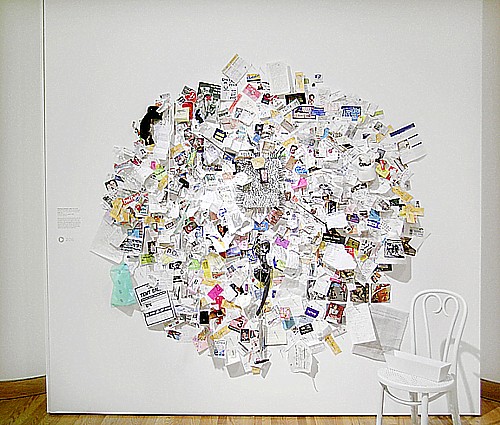 © Madeline Bocaro 2016. No part of this text may be copied, photocopied, reproduced, translated or reduced to any electronic medium or machine-readable form, in whole or in part, without prior written consent. Reproduction in any form without permission is prohibited. All of the text contained on this site is protected by United States copyright law and may not be reproduced, distributed, transmitted, displayed, published or broadcast without written permission of Madeline Bocaro.