From the album Unfinished Music No. 2: Life With The Lions 1969

A very odd zen piece appears on track 3 of the follow-up to John & Yoko’s album Unfinished Music No. 1: Two Virgins… 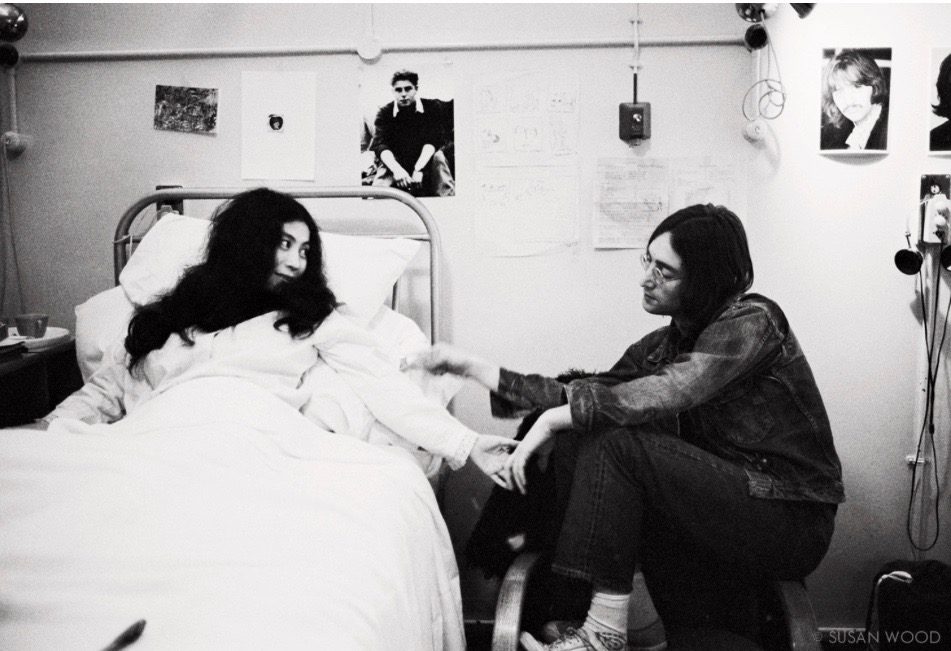 ‘Two Minutes Silence’ preceded John & Yoko’s silent ‘Nutopian National Anthem’ (1973) by four years. Both of these Lennon/Ono pieces quite possibly sample ‘4:33’ by John Cage (1952). It is not known if John and Yoko paid him royalties on the silence.

It could be an homage to the child that Yoko miscarried in November 1968 at Queen Charlotte’s Hospital, London whose heartbeat is featured on Track 2 (‘Baby’s Heartbeat’).

The child, due to be born in February 1969 was a boy, to be named John Ono Lennon II (he likely could have been born on Yoko’s birthday – February 18, as Sean later was born on Johns birthday – October 9). Due to the severe stress of publicity, and the trauma of their arrest for drug possession, Yoko suffered a miscarriage after three weeks in St. Charlottes Hospital. They recorded the album Unfinished Music No. 2: Life with the Lions while in hospital. Two tracks represented the life and death of the child. John and Yoko’s unborn child was buried in a secret location. Had he survived John Ono Lennon II would now be 51 years old.

The back cover photo is from the couple’s arrest on October 19, 1968 outside Montagu Square after their arrest for possession of hashish.

We could say that ‘Two Minutes Silence’ was replicated worldwide on December 14, 1980 when Yoko declared a ‘Ten Minutes Silence’ vigil in Central park in tribute to John six days after his death.

Perhaps the title references the Australian anti-war film Two Minutes Silence  made in the year of Yoko’s birth, 1933. The lost film directed by the McDonagh sisters was set during World War I.  It was Australia’s first anti-war movie.

The best mashup ever:

A strange and humorous commemorative bootleg 45 exists on a faux Apple label with ‘Two Minutes Silence’ Lennon/Omo (Disco Remix) on Side A and the same track by Lennon/Obo (Remix and Demo) ANTAR 4501 produced by The Shaved Fish (Armstrong Whitworth (Bag) – mimicking the PLAY LOUD instruction on the ‘Instant Karma!’ single. 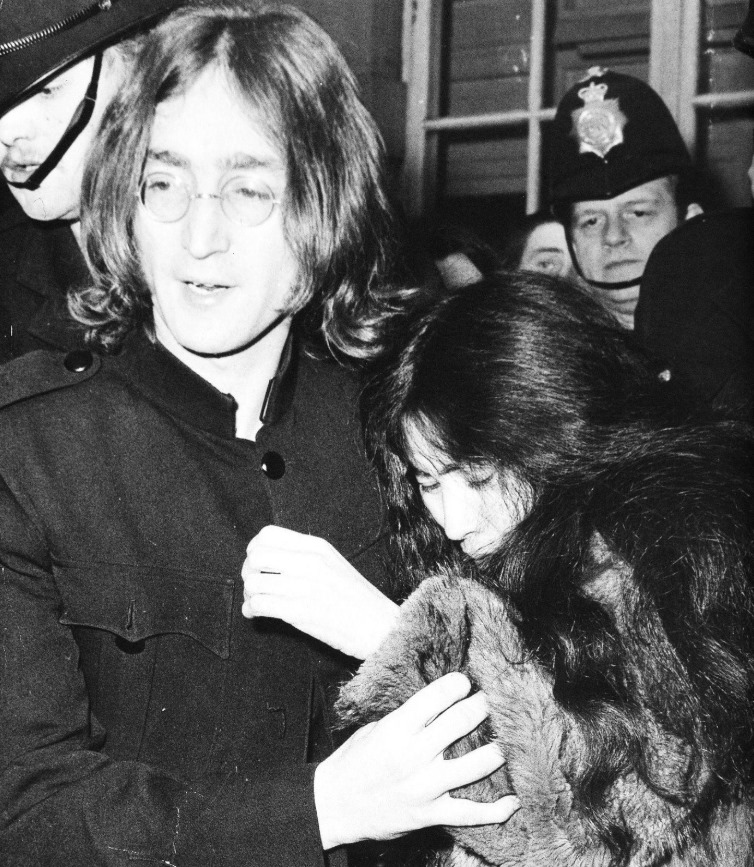 The audience was stunned to see her ‘special guest’ and backing musician. They were even more shocked to hear a 30-minute freeform improv on vocals and guitar. John played an

A recording of this performance, entitled ’Cambridge 1969’ was release a few months later. It filled a full side of John & Yoko’s second album together, Unfinished Music No 2: Life With The Lions. (the follow-up to their infamous Unfinished Music 1: Two Virgins.)

“I was invited to Cambridge to do an avant-garde number – just before we got married. They didn’t realize we were together. John said ‘go – I’m the band but don’t tell them. He just brought a guitar and an amp and played pure feedback.”

Intellectual artsy fartsys from Cambridge were listening to just pure sound – pure feedback because what else can you do when a woman’s howling? You just go along with it.” They were totally silent. The reaction I got from the avant-garde was the same as Yoko got from the Rock n’ Roll people – both getting ‘schlack’ for not being in the right bag… You bet they noticed me, they tried not to look and be cool.”

See this .pdf regarding the performance:

Inauguration of Exhibition & Unveiling of Plaque

Refreshments will be served, all welcome.

Showcasing Yoko Ono’s work in the city of Cambridge for the first time ever, the multi-site exhibition YOKO ONO: LOOKING FOR… celebrates the 50th Anniversary of Ono’s first visit to Cambridge and her debut public concert with John Lennon at Cambridge University’s Lady Mitchell Hall on 2 March 1969. The exhibition inaugurates with the unveiling of a historic plaque in the foyer of the Lady Mitchell Hall on 2 March 2019, which will commemorate the event and preserve a hidden gem of Cambridge’s social history. Also in the foyer will be the live recording of the concert ‘Cambridge 1969’ for visitors to listen to until the end of the year.

The work becomes a reality only when others realize the work.

© Madeline Bocaro 2017. No part of these written materials may be copied, photocopied, reproduced, translated, re-blogged or reduced to any electronic medium or machine-readable form, in whole or in part, without prior written consent. Any other reproduction in any form without permission is prohibited. All of the text written by Madeline Bocaro on this site is protected by United States copyright law and may not be reproduced, distributed, transmitted, displayed, published or broadcast without prior written permission.