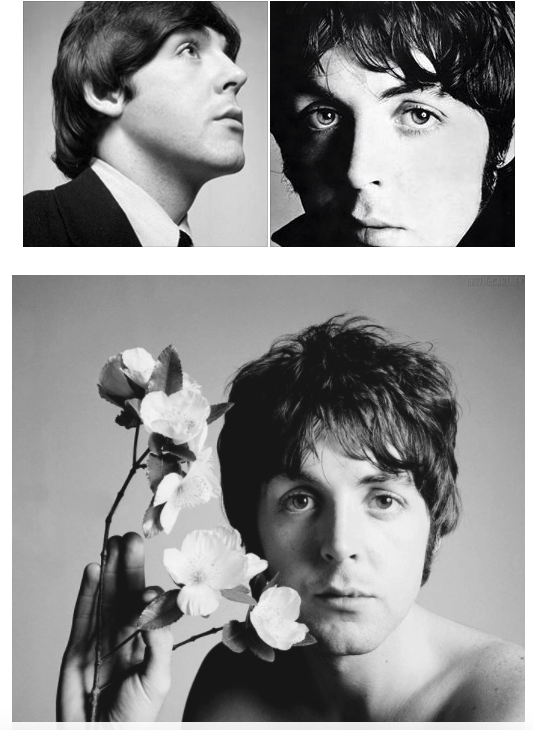 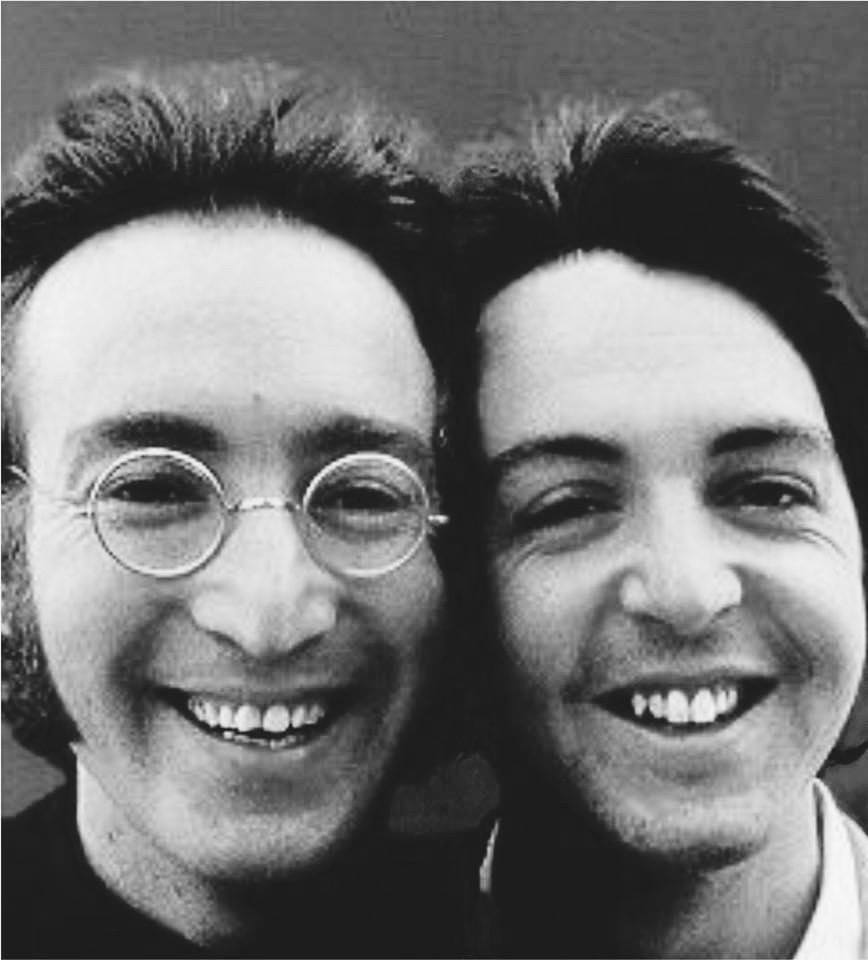 “When I was a little kid in school, you would see the Bible. My favorite picture was one of St. Francis. There were always animals all over him; little birds, little animals, a little lamb on his lap – and I always thought, I love that! So I grew up loving that and loving animals. And that’s the main reason I’m vegetarian…

I have sympathy for all the animals on the planet, so I have a clear cons. It’s just the way I am and I enjoy it.” 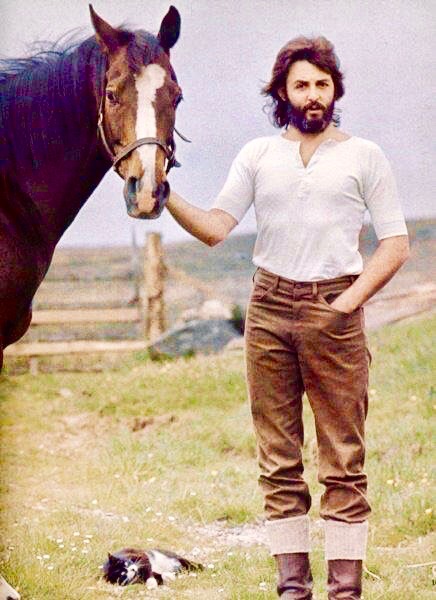 “Paul has been very nice to me. He’s treating me with respect. I feel like he’s my younger brother or something like that. I’m sure that if he had been a woman or something, he would have been a great friend, because there’s something definitely very strong between John and Paul.”
– Yoko Ono, Audio Diary – June 4,  1968

Yoko: “Do I have a favorite Beatles track? Well… I could name them all. I think John’s stuff when he was a Beatle was very interesting. But I would get into Paul’s stuff too. He’s a very talented guy. Fool On The Hill for instance – not the most important song that he wrote, but it’s a beautiful song. It’s genuine. There’s depth to it. People want to take sides. If they’re into John, they’re Exclusively into John, but I think Paul’s songs are equally important.”
– Yoko, To Martin O’ Gorman,
Mojo– In The Beginning, July 2002 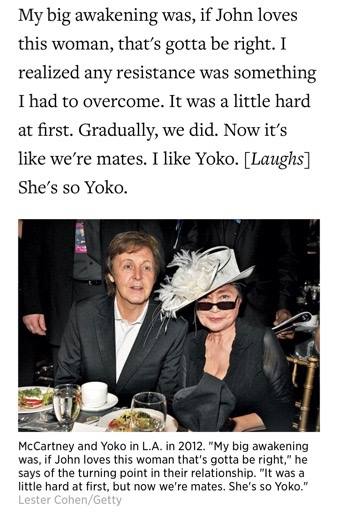 My favorite McCartney song:
– Madeline Bocaro
Let Me Roll It

John was once asked at an airport in 1973 where he had been. He replied, ‘I just got back from recording my new album, Band on the Run.’ It was suspected that John Played on Wings’ album -because of Macca’s Lennon-esque guitar riffs on “Let Me Roll It.”
Paul & John traded lyrical barbs in songs in their solo careers. Although Paul wanted reconcile his friendship with John (according to John Blaney’s Lennon and McCartney: Together Alone) “Let Me Roll It” was more of his own creation instead of a tribute to John. Paul said, ‘“Let Me Roll It” was not really a Lennon pastiche, although my use of tape echo did sound more like John than me; but tape echo was not John’s exclusive territory. And you have to remember that, despite the myth, there was a lot of commonality between us in the way we thought and worked.”
About that same riff on ‘Roll It’ in 2001 Paul told Billboard magazine, “[“Let Me Roll It”] was a riff, originally, a great riff to play, and whenever we played it live, it goes down great. We’d play it on two guitars, and people saw it later as a kind of John pastiche, as Lennon-ish, Lennon-esque. Which I don’t mind. That could have been a Beatles song. Me and John would have sung that good.” Can you imagine, Lennon and McCartney trading lines on a Beatles version of “Let Me Roll It?” that would be…legendary.
’Let Me Roll It’ wasn’t to John. It was just in the style that we did with The Beatles that John was particularly known for. It was really actually the use of the echo. It was one of those: ‘You’re not going to use echo just cos John used it?’ I don’t think so.
To tell you the truth, that was more [about] rolling a joint. That was the double meaning there: ‘let me roll it to you.’ That was more at the back of mind than anything else.”
So, “Let Me Roll It,” is a smoker’s anthem – a metaphorical joint pass to John Lennon. It was Paul’s ‘pipes of peace’ to the Fab Four. Here’s hoping that “Let Me Roll It” healed the unbreakable love between Lennon & McCartney. So in honor of Paul and his tribute to his best friend John, if you got them, smoke ‘em; just make sure you share the experience as you inhale by heeding Paul’s message. Pass it forward while singing, “Let Me Roll It…to you.”