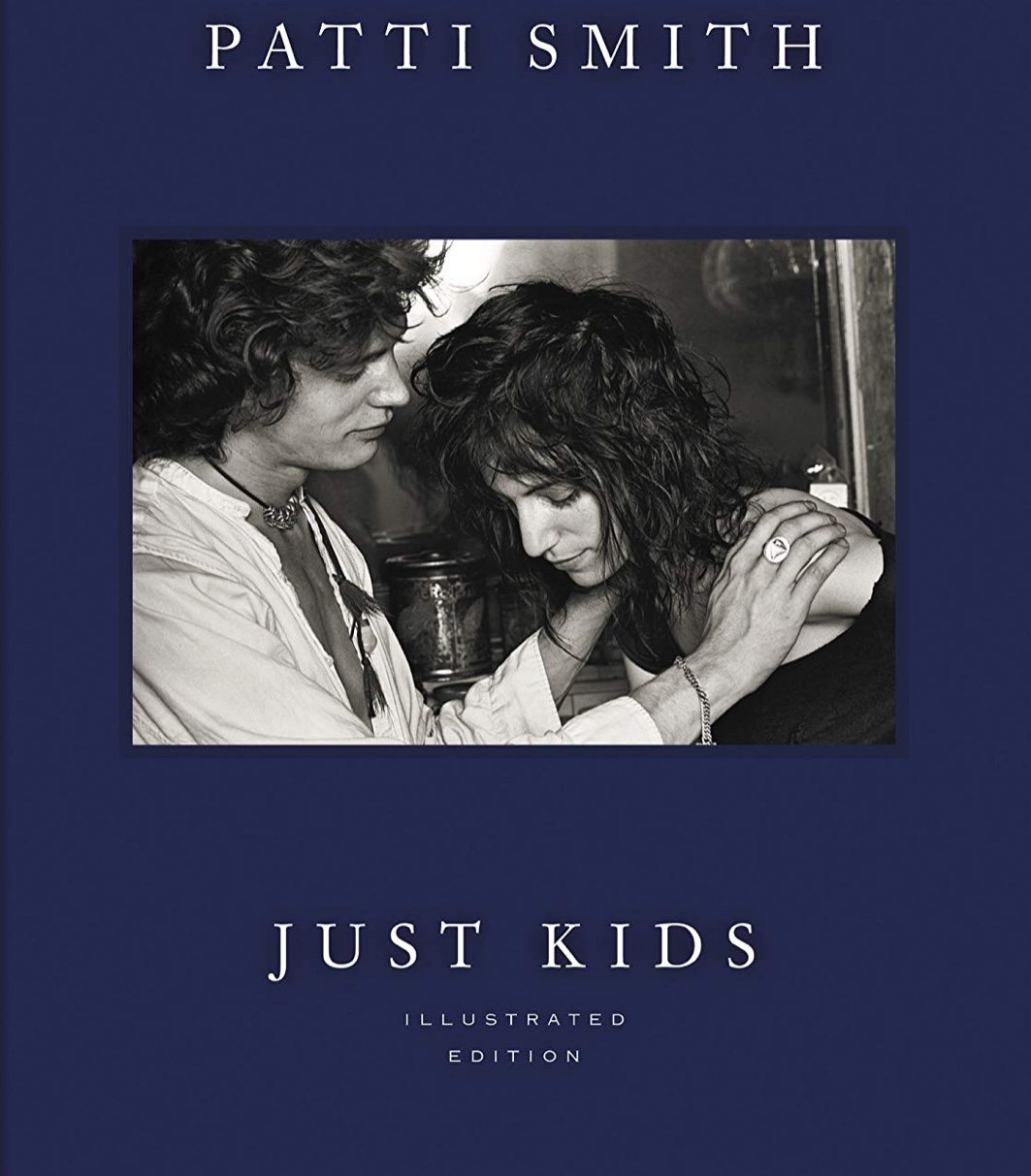 As a child, Patti’ Smith’s mom takes her to a park where she sees a swan for the first time. She is tongue-tied when trying to express the beauty of the magnificent bird. There were no words. This was the presage to her becoming an artist and writer – finding the right words. Robert Mapplethorpe, was her catalyst.

Patti has written a poetic autobiography and elegy for her dear friend, lover and comrade, Robert. It happens to take place in an exciting time and location – 1969 / 1970s New York City, and encompasses the endless summers of their love. The city looks as it does in the film Taxi Driver. Scum on the streets, hookers, pimps, rampant crime, triple X movie theatres. But there is nowhere else these two innocent bohemians would rather be.

Robert and Patti met by chance in Brooklyn – a couple of Coney Island babies. They were astral twins – stumbling amidst the ‘gritty innocence’ of the fading arcades, freak shows and crumbling amusements and rides. Robert, the shepherd boy in his angelic curls, sheepskin vest and myriad necklaces – Patti in her gray raincoat and shades.

They soon moved in together, sharing poverty and artistry. Their combined collections of religious artifacts, talismans, crafts, ribbons, beads, art supplies and their own creations are strewn about the pages. They kept sacred treasures in their room – a shrine to art itself, ‘draped in Moroccan silk’. Robert and Patti’s periods of desperation, hunger and lice-ridden angst are nonetheless romantic, as they paint, draw and write side by side with a vow that ‘There will always be us.’

Patti poetically recalls the summer of 1969.

“…you could feel a vibration in the air, a sense of hastening. It had started with the moon, inaccessible poem that it was. Now men had walked upon it, rubber treads on a pearl of the gods. Perhaps it was an awareness of time passing, the last summer of the decade, Sometimes I just wanted to raise my hadnds and stop. But stop what? Maybe just growing up.”

Patti questions her worthiness and her aims before entering the realm of art. ‘Are we animating God? Are we talking to ourselves? And what was the ultimate goal? To have one’s art caged in art’s great zoos – the Modern, the Met, the Louvre?’ Robert continually struggles as a collage artist and painter, before settling on photography. The former altar boy also grapples with good and evil, and with his homosexual identity. Their mutual support and love for each other is unyielding.

One of my favourite lines in the book; “I listened to recordings of the beat poets and Oscar Brown Jr. and studied the lyric poets like Vachel Lindsay and Art Carney.” Patti finally reveals the master of phrase – the true bard of Brooklyn – Ed Norton!

The pair soon reside in the mythical Chelsea Hotel. ‘The Chelsea was like a doll’s house in The Twilight Zone, with a hundred rooms, each a small universe.’ The hotel is filled with hallowed names from the past and present – ghosts and sages, poets and rock stars. Patti and Robert feel right at home.

Patti repeatedly describes her style in meticulous detail. ‘I approached dressing like an extra preparing for a shot in a French New Wave film.’ ‘My East of Eden outfit’, and a walk she copped from Don’t Look Back.

There are several lines of unrequited love to Patti’s heroes; Rimbaud, Baudelaire, Jean Genet, Jimi and Jim Morrison (She reminisces about her visits to their Paris graves), Brian Jones, and Bob Dylan. Her affairs with Sam Shepard, Alan Lanier, Jim Carroll and Tom Verlaine are recalled. She hops from Electric Ladyland studios to Max’s Kansas City, to St. Marks Church and CBGB as her poetry readings/music career takes off. She crosses paths with Janis Joplin and Jimi Hendrix. Robert, meanwhile moves into higher social circles in the art world, where Patti feels quite uncomfortable. This never separates them though.

In the poignant ending, Robert requests that Patti write their story, just minutes before his death from AIDS in 1989. She fulfilled that promise beautifully. An updated paperback edition includes a magical story of a young writer who had read this book. Her mother had acquired Mapplethorpe’s old writing desk at auction. The new hard cover illustrated edition is stunning. Signed copies are available through Barnes & Noble. 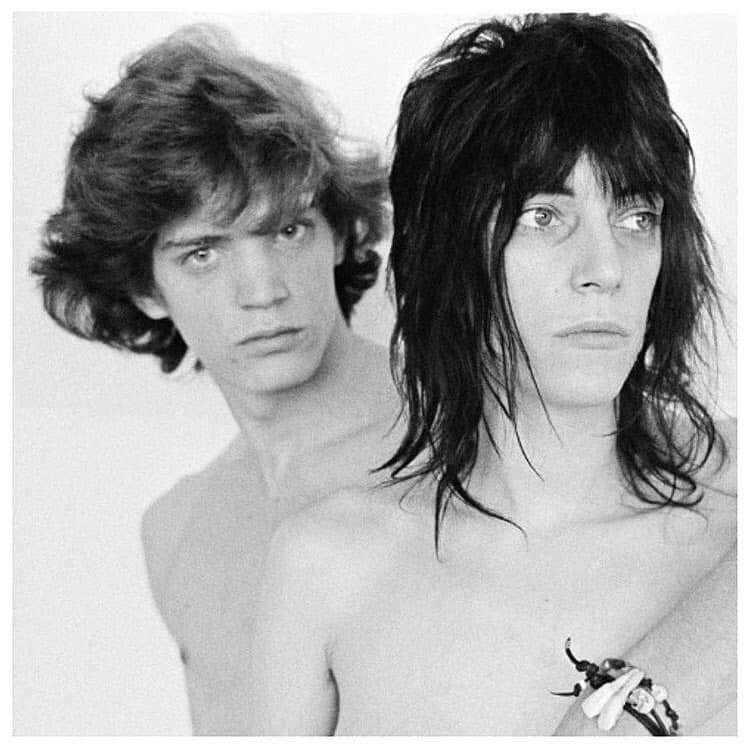 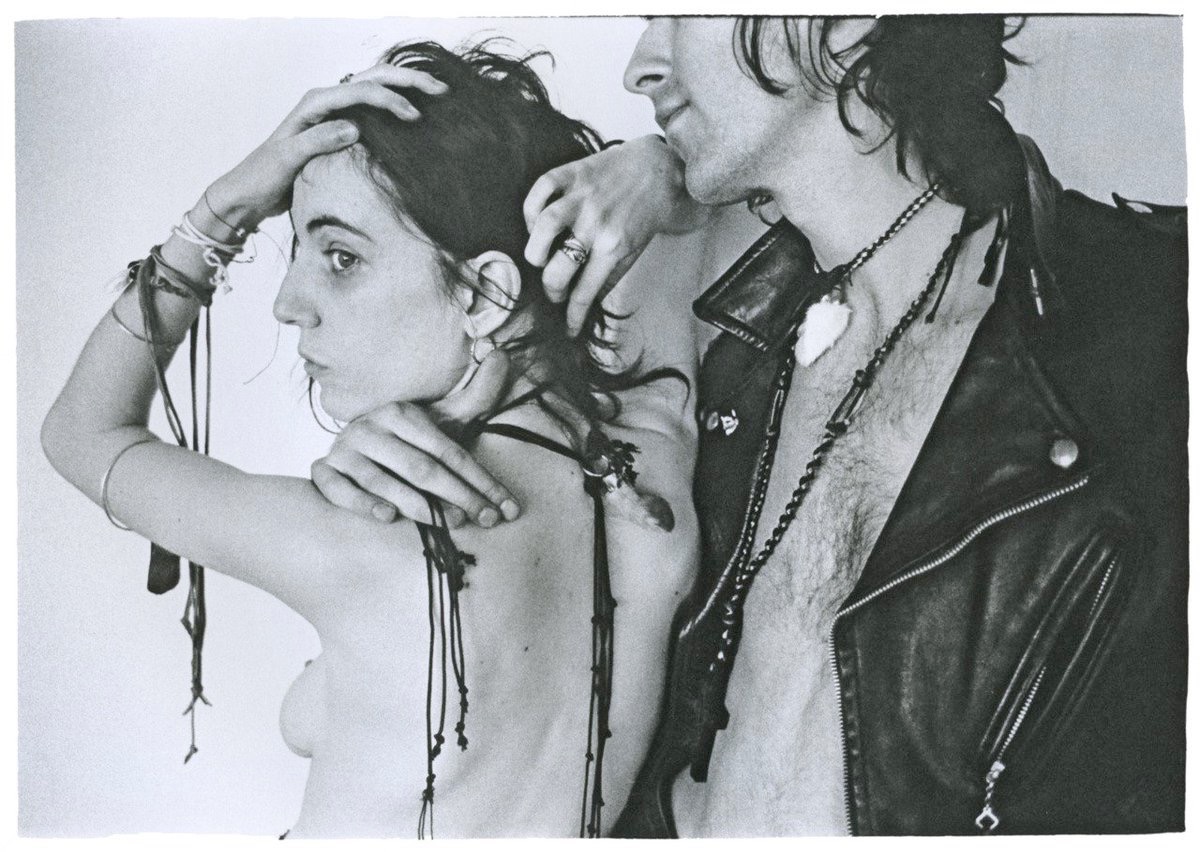 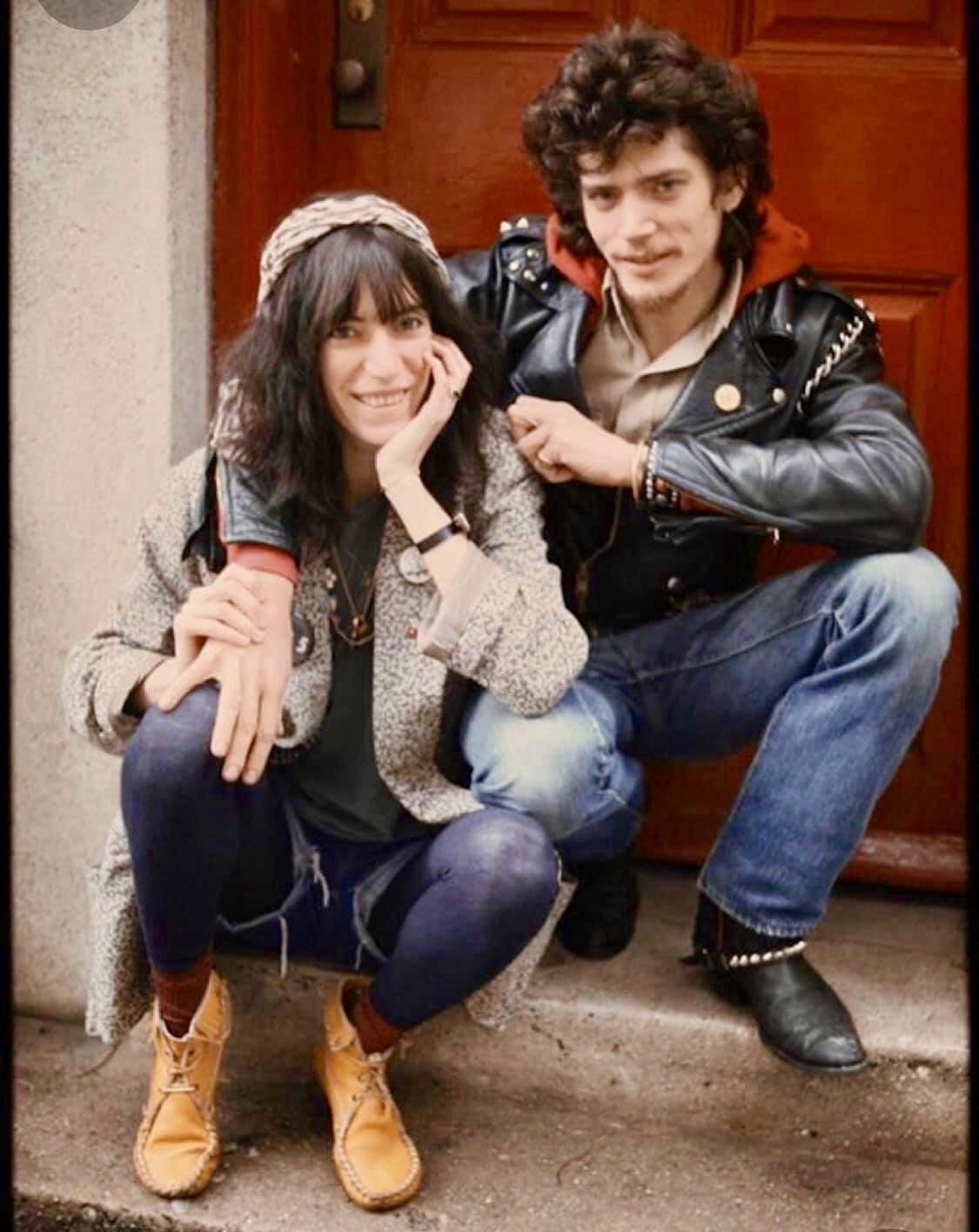 2 thoughts on “The Ballad of Patti & Robert – Just Kids”