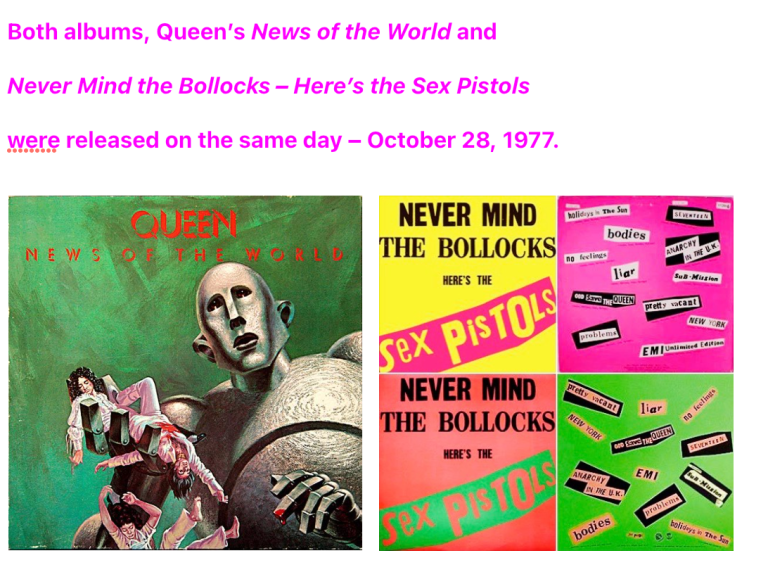 Two songs by the band Queen, ‘We Will Rock You’ coupled with ‘We are the Champions’ bridged the gap between punk, arena rock and hip-hop.

Here’s the story of how Queen rocked YOU!

In 1977 Queen went from symphonic to simplistic, creating a defiant battle cry followed by a triumphant anthem. The two songs would consecutively (although they were once opposite sides of a single) be played to excite arena crowds at worldwide sporting events.

The single released on October 7, 1977 reached No. 2 in the U.K. and No. 4 in the USA.  The songs were from Queen’s sixth studio album News of the World. The inspiration for the reverberating drum sound with primal stomps and claps on ‘We Will Rock You’ were inspired by the crowd’s endless clamoring for an encore at a Queen gig.

“I’ve gone to sleep thinking, ‘What could our audience do? What could you ask them to do? They’re all crammed in there, they can’t do much. They can stamp their feet, they can clap their hands, and they can sing.’ So I woke up with ‘We Will Rock You’ in my head.We went into Wessex with these ideas and that’s what happened.”

In the documentary film New York City 1977 – The Coolest Year in Hell, rap artists speak about the origins of scratching and Hip-Hop culture. I had always wondered how they had those sound battles with turntables in the park. Where did they get the electricity? They hot-wired street lamps using extension cords to snake all the way into the park! The most cred was given to the guys with the LOUDEST sound. They battled, scratching and blasting Queen’s bombastic song ‘We Will Rock You’ on vinyl and blew each other out of the park!

Backtracking… on December 1, 1976 Queen were to appear on London’s live television program Today, hosted by Bill Grundy. They cancelled due to Freddie Mercury’s dental appointment. Queen’s last-minute replacement on the show were their EMI label-mates, the Sex Pistols who had just released their first single ‘Anarchy in the UK’ in November. This was the infamous appearance when drunk guitarist Steve Jones called (also drunk) Grundy the crudest obscenities you can imagine, spawning a national uproar. Headlines screamed, “The Filth and the Fury!” which later became the title of a Sex Pistols documentary film.

Almost a year later in the summer of 1977, Queen and the Sex Pistols – the old guard and the new, at opposite ends of the musical spectrum – crossed paths again. Both bands were working on their respective albums, News Of The World and Never Mind The Bollocks – Here’s The Sex Pistols at Wessex Sound Studios in London. (The Pistols had recently caused an uproar with the release of their single ‘God Save the Queen’ in May).

Elton John’s manager John Reid once described a  confrontation between Freddie Mercury and Sid Vicious* as, “Anarchy on one side, and monarchy on the other.” Sex Pistols bassist Sid Vicious, prompted by Mercury wearing ballet leotards in concert (and by a statement that Freddie had made to NME) made the snide remark, ‘Have you succeeded in bringing ballet to the masses yet?’ Freddie’s response was, ‘Aren’t you Simon Ferocious or something?’ He then lifted Sid by his collar and threw him out of the room. Who’s the poof now?

“I called him Simon Ferocious or something, and he didn’t like it at all. I said, ‘What are you going to do about it?’ He was very well marked. I said, ‘Make sure you scratch yourself in the mirror properly today, and tomorrow you’re going to get something else.’ He hated the fact that I could even speak like that. I think we survived that test.”

Although Freddie had the upper hand with Sid Vicious that day, he and his bandmates were well aware that they could be rendered obsolete by the up and coming punk rock scene. The incident between Freddie and Sid inspired the lyrics and ultimate rock sound of ‘We Will Rock You”. Queen ruffled their feathers and fought back against the young and hard Pistols – disgraceful noisy boys with mud/blood on their faces kicking cans in the street, shouting slogans (“No future”),  dreaming of taking on the world and waving banners. This time, Queen made an even bigger noise. Their self-fulfilling rallying cry was, ‘WE WILL ROCK YOU!”

Queen’s News of the World and Never Mind the Bollocks – Here’s the Sex Pistols  were released on the same day – October 28, 1977.

At this point, Queen may have realized that they’d been punk before punk. Listen to ‘Modern Times Rock N’ Roll’ on their debut album Queen I, ‘ Stone Cold Crazy’ on their third album Sheer Heart Attack and on their current project News of the World, the song ‘Sheer Heart Attack’.

The battle of the punks is probably the last thing on the minds of millions of sports fanatics who have been stomping along to the rousing couplet of Queen songs at stadiums for decades.

The Sex Pistols imploded just over one year later when they flopped in America. However, although they recorded just one studio album and a soundtrack, the Pistols became historically influential and have achieved great respect. Their incredible and outrageous singles and album are never to be equaled.

In true style, the Sex Pistols declined to attend and accept their award at the Rock And Roll Hall of Fame induction ceremonyin 2006. Johnny Rotten’s faxed note was read aloud by Rolling Stone magazine’s Jan Wenner.  It partly read, “Next to the SEX-PISTOLS rock and roll and that hall of fame is a piss stain… We’re not coming. We’re not your monkey…” Despite all this, their trophies reside on exhibit at the Rock Hall museum. 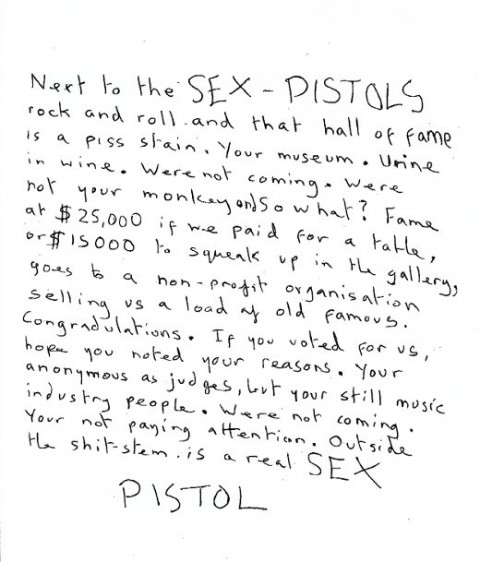 Queen went on to become one of the most popular bands in history. They were inducted into the Rock and Roll Hall of Fame in 2001, ten years after Freddie’s passing in 1991. ‘We Will Rock You’ / ‘We are the Champions’ were the last two songs Queen performed at their momentous comeback at Live Aid in July 1985.

“You made an album which changed the world and I think we did as well [News Of The World]. To me Never Mind The Bollocks is a great album. Pure music, apart from all the social arguments. It’s a great album, a great rock album, and the sounds are great, the production’s great, the songs are great.”

– Brian May to Steve Jones

* Sid Vicious appears on just one song, ‘Bodies’ on the album that the Sex Pistols were recording in 1977. He died of a heroin overdose in February 1979 at age 21. 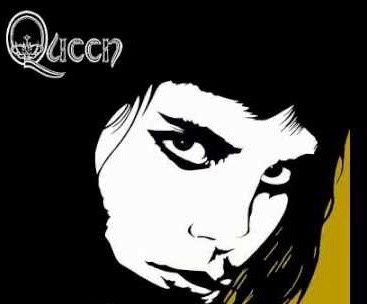 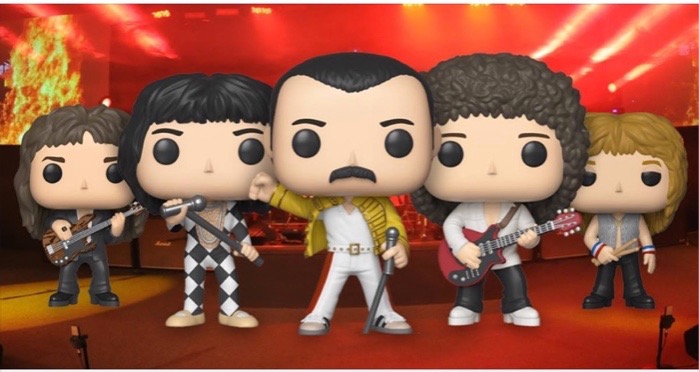 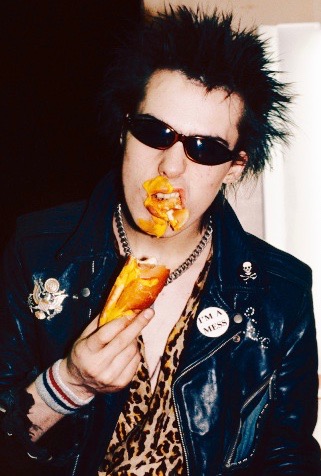 5 thoughts on “QUEEN STILL ROCK YOU – (Never Mind The Bollocks!)”