The artwork on the American version of the album cover features a black mask, with the typography (reading the band name and album title) rearranged to accommodate the mask graphic. The mask does not appear on the original UK and Canadian releases.  This was because Guy Stevens and engineer Andy Johns ran around the studio in Zorro masks and capes like bandits, creating the frenzy amidst which the album was recorded. An actual mask was included with the UK version (but not in Canada).

I once heard from a guy who said that he wore the mask while listening to the entire album for the first time! A Japanese mini-cd replicating the album art also includes a tiny mask! The original UK  inner sleeve pictured fighter planes.

I had been trying to locate the album about six months after its release.  I saw the distinctive red, black and white cover fly across the store when someone tossed it out of a cut-out bin! At last I had found my holy grail, and for only $1.99!

Brain Capers was a superb album with some wild Mott originals and the epic ballad, “The Journey”. The album also featured two cover songs, Dion’s “Your Own Backyard” and Jesse Colin Young’s “Darkness, Darkness”). However, it failed to chart. Mott’s next album All the Young Dudes was to be a smash, with the assistance and production of David Bowie and Mick Ronson.

It is said that Traffic are referring to label mates Mott The Hoople in their album’s title song “The Low Spark of High Heeled Boys” released in November 1971 – the same month as Brain Capers. (A dreadfully out-of-tune Mott opened for Traffic in the USA).  However, a quote from Traffic’s  Jim Capaldi denies this, saying that the title refers to an inscription in a book by actor Michal J. Pollard while in Morocco.

Pollard and I would sit around writing lyrics all day, talking about Bob Dylan and the Band, thinking up ridiculous plots for the movie. Before I left Morocco, Pollard wrote in my book ‘The Low Spark of High Heeled Boys.’ For me, it summed him up. He had this tremendous rebel attitude. He walked around in his cowboy boot and  leather jacket. At the time he was a heavy little dude. It seemed to sum up all the people of that generation who were just rebels. The ‘Low Spark,’ for me, was the spirit, high-spirited. You know, standing on a street corner. The low rider. The ‘Low Spark’ meaning that strong undercurrent at the street level.

The lyrics conjure a picture of rock n’ roll rebels Mott The Hoople!

If you see something that looks like a star
And it’s shooting up out of the ground
And your head is spinning from a loud guitar
And you just can’t escape from the sound
Don’t worry too much, it’ll happen to you
We were children once, playing with toys
And the thing that you’re hearing is only the sound of
The low spark of high-heeled boys

Also see my story: ‘All the Young Dudes’ – The Single

Read all my Mott the Hoople stories here: 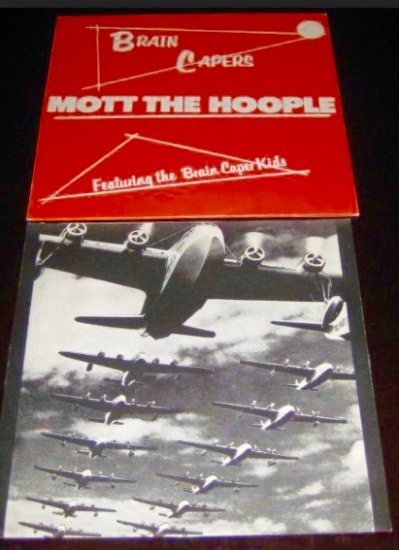 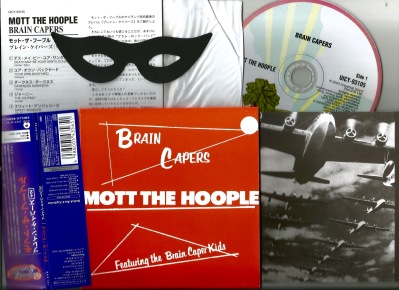 “Death May Be Your Santa Claus”  Hunter/Allen

“Your Own Backyard”  Dion DiMucci/Tony Fasce

“The Wheel of the Quivering Meat Conception” Hunter/Guy Stevens

4 thoughts on “MOTT ON THE BRAIN”