I found this unpublished review that I wrote in  2012: 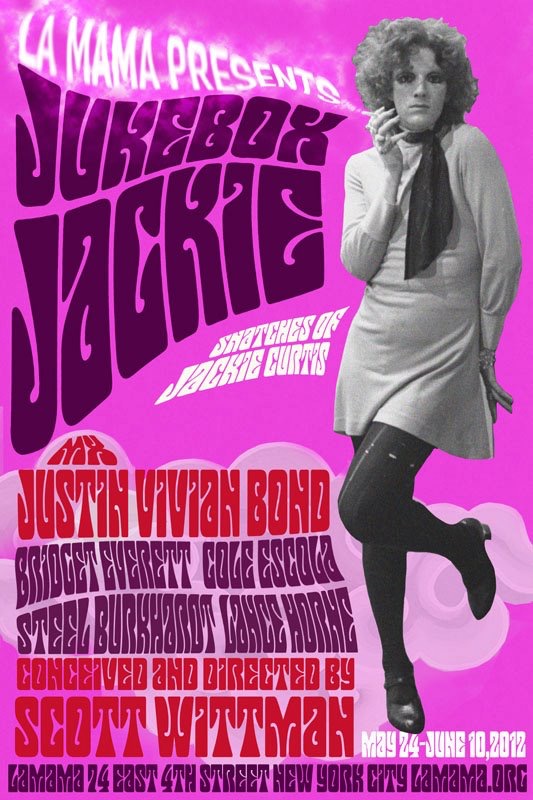 The play Jukebox Jackie at La Mama was wonderful. I had expected the pure chaos and insanity of one of Jackie’s own plays, but this was a concise Scott Wittman musical. Scott is a Tony Award winner for Best Score for the musical Hairspray and songwriter for the NBC-TV series Smash. The play features snippets of Jackie’s life and personality culled from her poems and manuscripts. Although it did not tell a continuous story, by the end, we felt her entire essence. Pink sequined and satin curtains lined the theatre and floor, films and photos were projected, glitter and feathers flew and housedresses progressed to more elegant and outrageous gowns.

Jackie lived his life obsessed with movie stars, wanting to be one, wondering if she was a boy or a girl, and determining that she is neither – ‘I’m just me, Jackie.’Justin Bond embodied Jackie’s sensitivity and outrageousness, which both played equal parts. There were two actors besides Justin Bond who were onstage throughout the play, portraying Jackie at different ages (a frail teenager and his tough James Dean identity). Bridget Everett played Jackie’s punk rock alter-ego, and at times evoked Brigid Berlin.

In the lobby, Leee Black Childers told me that a lot of my favorite music is in the play. This was a wonderful surprise. Even more of a thrill was sitting next to Angela Bowie. When the play began with ‘Lady Stardust’ and she squeezed my arm!  Jackie Curtis is in heaven as the play opens, asking ‘Who am I?’ Some things never change!

A fantastic live band was the ‘orchestra’ for the evening. They cranked out ‘Cosmic Dancer, ‘‘Personality Crisis’, ‘Boys Keep Swinging,’ ‘Andy Warhol,’ ‘Wrap Your Troubles in Dreams’ (which summarizes Jackie’s life) ‘Celluloid Heroes’ and a burlesque version of ‘I’m Waiting For The Man’, which sounded awesome with a sax!

Most of the performance was comprised of monologues from Curtis’ diary, excerpts from his play Glamour, Glory and Gold (1967) and a re-enactment of a scene from the movie Women in Revolt. The whole cast performed Jackie’s lengthy poem B-Girls.

I was sitting behind director John Waters who was taking it all in, hopefully scheming to bring this to the big screen! Tony Zanetta sat behind us, Cherry and Jayne sat in the front row, easier for them to jump onstage and make their cameos. Here I was in the midst of these crazy colourful genuine freaks who shaped all the music that I love. They are still in touch, celebrating each other’s lives (dead or alive) and having a ball. These people are the electrons inside the atoms that made up Ziggy Stardust! I would much rather be amongst them at Bowie’s pretentious dinner party with Iman! They all autographed the Jukebox Jackie postcard for me. I also collected feathers and sequins from the stage afterwards for my Jackie time capsule.

Cherry recited one of Jackie’s poems – impressive because she memorized it! Jayne performed the name-checking song ‘Max’s Kansas City’. Classic!

We all walked around the corner to The Bowery Electric where Jayne would perform as part of the Max’s Kansas City Reunion gigs. As we paraded down the street with the outrageous Mainman gang (and the cast of Pork), I wondered where the paparazzi were! Superstars on the streets of NYC, turning heads – and no paparazzi!

Jayne’s incredible show was over an hour. She was in fine form – vile, vulgar and hilarious. She performed the Stones’ ‘The Last Time’ and announced that this will be her last show, as she is retiring from rock n’ roll. Sound familiar? But this time I’m afraid it’s true. I was so happy to have been there.

I reminded Angie that about 15 years ago I had gone with her and Leee to see Jayne perform. She said, “What were you about 11 – did we sneak you in under our raincoats?”  Angie is still as loud, crazy and sweet as ever.

I couldn’t help thinking that Cyrinda Foxe would have been there if she were alive, and I really missed her. 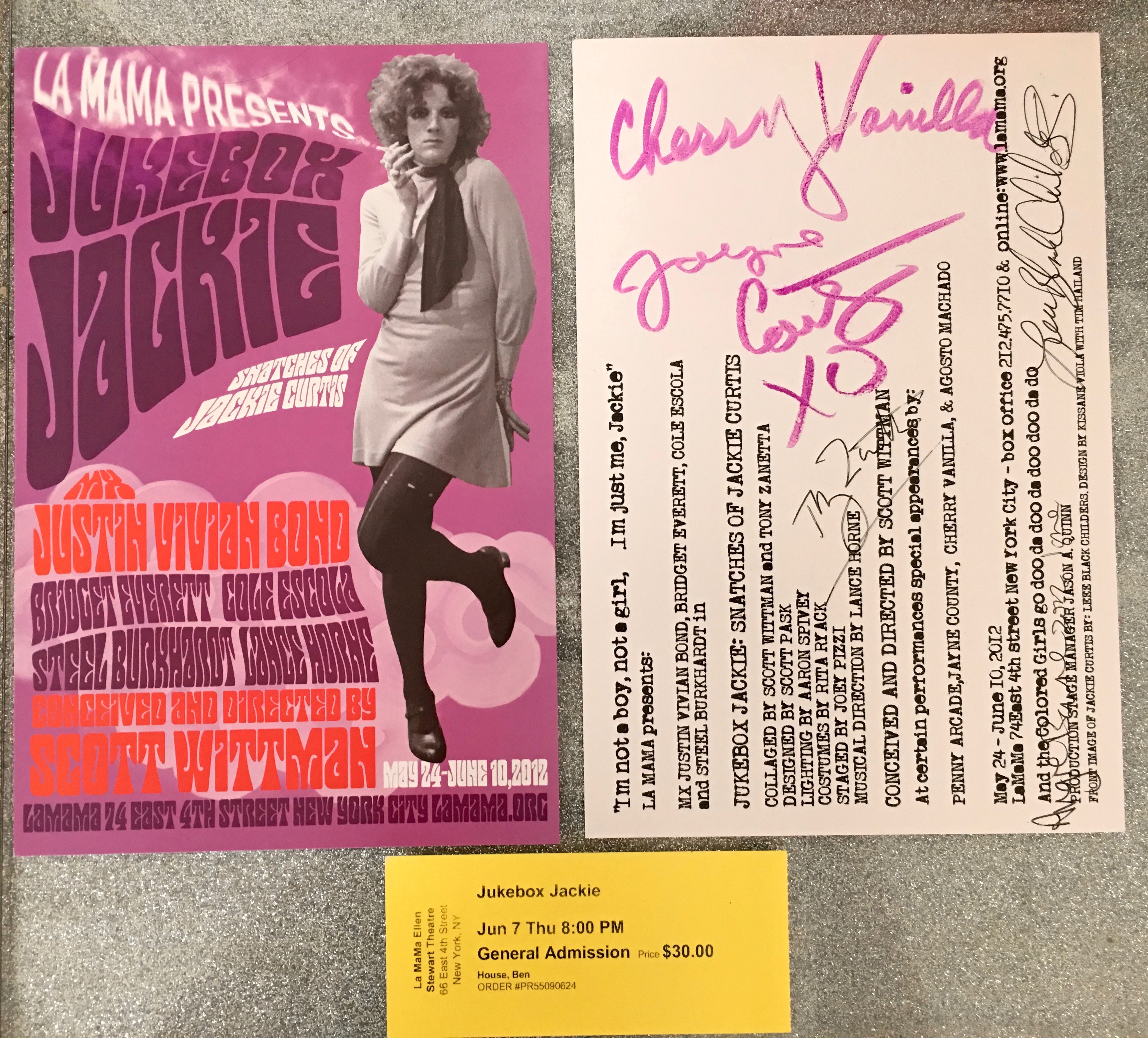 Jackie herself and himself 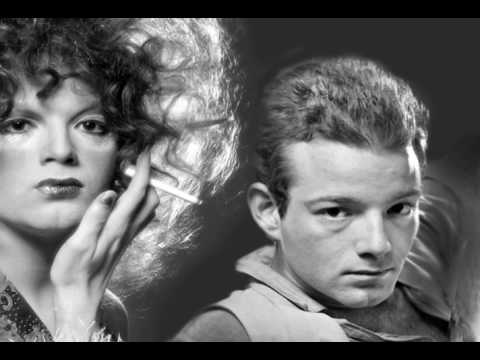 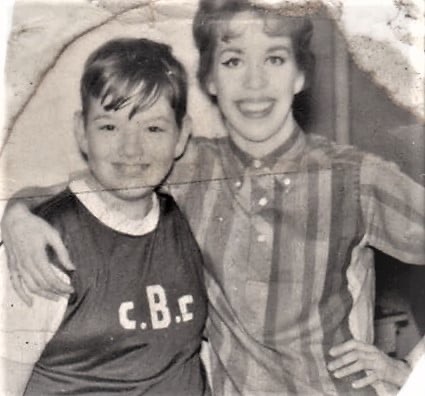