How lucky are we?!

Just one month after the release and live tour of The Idiot on March 18, 1977 (with David Bowie anonymously on keyboards) recording began for Lust For Life at Hansa Studio by the Wall in West Berlin in April. It was Iggy’s second solo post-Stooges album (his third collaboration with David Bowie – including Bowie’s infamous production of the Stooges’ Raw Power album in 1972). Lust For Life was released on August 29. 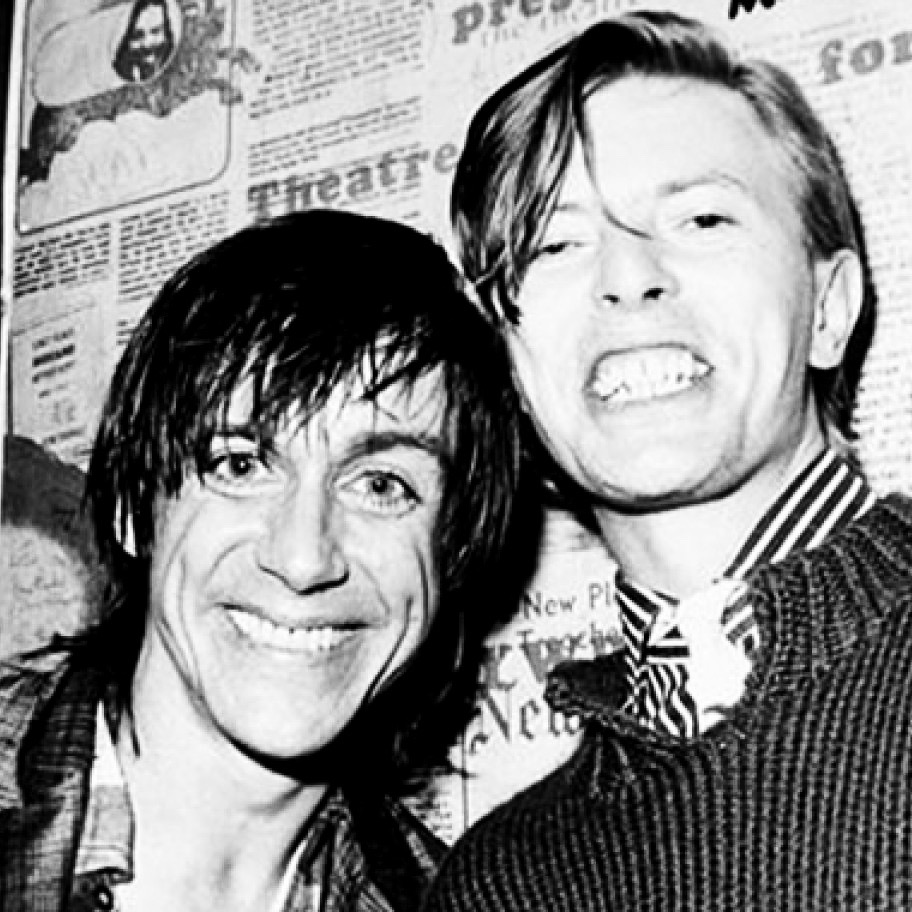 Iggy’s pal Bowie composed most of the music. The lyrics are purely Iggy, improvising on the spot. Bowie’s used this spontaneous technique on his next album, “Heroes”, released just two months later in October. Lust For Life was produced by Bowie, Iggy Pop and engineer Colin Thurston under the name ‘Bewlay Bros.’ (a song on Bowie’s Hunky Dory album).

Despite the obvious fact that it is about liquor, drugs and sex, the title song has sound-tracked so many ad campaigns that it’s almost impossible to mention them all. This cheapens the magnificence of the song because it is the soundtrack of life – and especially of Iggy’s life. The song is also on the Trainspotting film soundtrack.

The catchy riff was inspired while in Berlin, the Glammer Twins were listening to American Forces Network News, which had a Morse code call signal. Bowie first played it on a ukulele, and the beat was later interpreted in the studio by the drumbeat of the brilliant Hunt Sales, adding crashing cymbals. It resembles the keyboard/guitar riff of The Doors’ song ‘Touch Me’.

The lyrics about being ‘just a modern guy’ refer to an addicted character and phrases (Johnny Yen, ‘the flesh machine’ and ‘hypnotizing chickens’) in William Burroughs’ 1961 and 1962 novels, The Soft Machine and The Ticket That Exploded.

Iggy incorporated these lyrics in his November 1977 live in  San Francisco performance of a fast blues number called ‘Modern Guy’ (which appears on the Nuggets bootleg). He also references Burroughs’ novel, Naked Lunch.

Full of liquor and drugs

You eat a naked lunch

© Madeline Bocaro 2020. No part of these materials \may  be copied, photocopied, reproduced, translated or reduced to any electronic medium or machine-readable form, in whole or in part, without the  prior written consent of Madeline Bocaro. Any other reproduction in any form without the permission of Madeline Bocaro is prohibited. All materials contained on this site are protected by United States copyright law and may not be reproduced, distributed, transmitted, displayed, published or broadcast without prior written permission.

Also see my story about Iggy’s Lust For Life ALBUM

My Soupy Sales story: I was a Soupy Groupie

My review and photos of Iggy’s live NYC show on the Lust For Life tour – when the band were introduced onstage by SOUPY SALES! 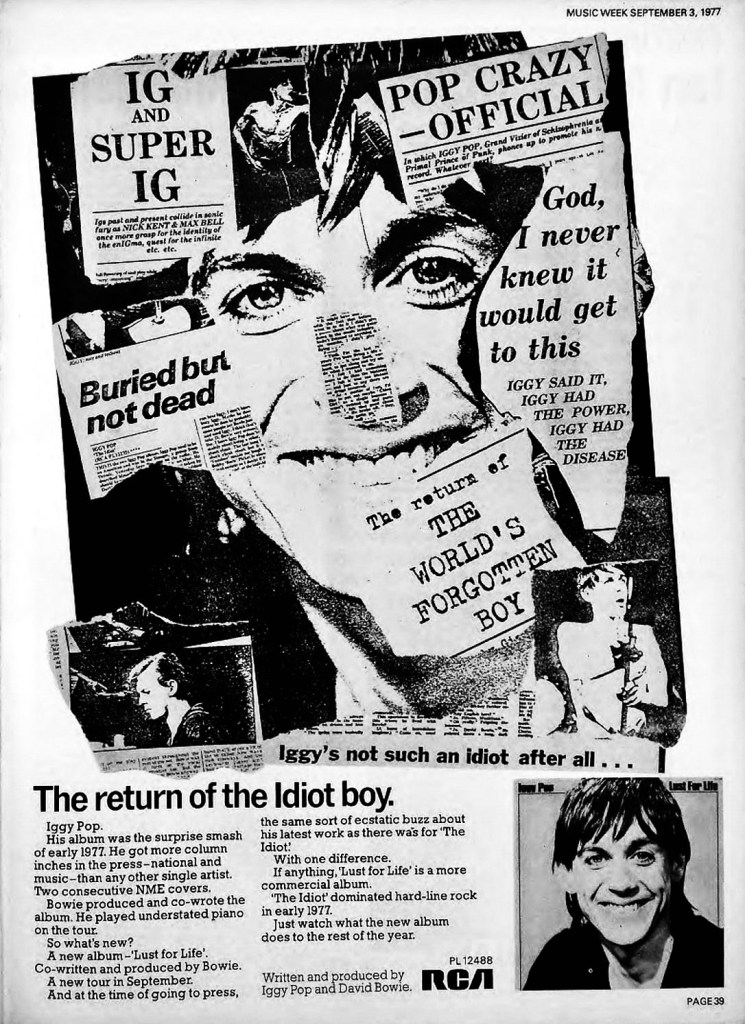