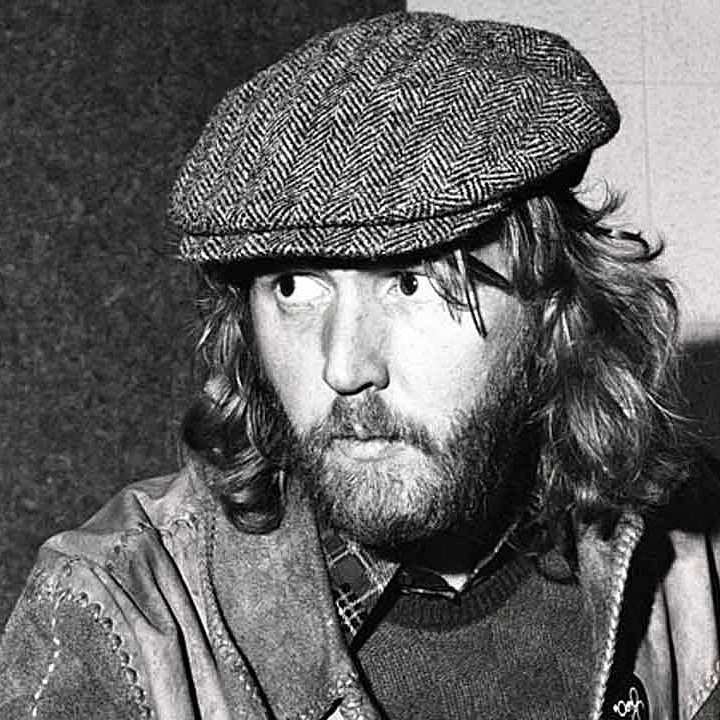 ‘Jump into the Fire’ was the second single from Brooklyn-born Harry Nilsson’s 1971 album, Nilsson Schmilsson. I’ve always loved this song – especially the long version. Despite hearing it for the first time on a small AM radio speaker (thankfully they would sometimes play the full 7-minute version rather than the edit) I knew this track was really special. The extreme vocal echo is super cool, and this is absolute ground zero for drums and bass! The bass intro is a thumping heartbeat. What other song has a long tribal drum solo followed by a long bass solo?

The bigger hit from Nilsson Schmilsson was the first single ‘Without You’ co-written by Pete Ham and Tom Evans of Badfinger. (Ham and Evans both committed suicide – Pete in 1975 and Tom in 1983 – over separate financial issues).  Nilsson fell in love with Badfinger’s demo thinking it was a Beatles song. The power ballad was later made even more popular worldwide by Mariah Carey.

Listen to the Badfinger demo ‘Without You’: https://www.youtube.com/watch?v=OlX2xcI7fu0

John Lennon and Paul McCartney considered Harry their favorite American artist. Nilsson was also an early Beatles fan – he recorded a song in 1964 commemorating their arrival in the USA called ‘All for the Beatles’ (re-named and released as ‘Stand Up and Holler’). John and Paul were admirers of Nilsson’s smooth vocal ability and range (listen to ‘Everybody’s Talkin’). However, Nilsson’s voice is highly manipulated with echo on ‘Jump into the Fire’.

You can climb a mountain, you can swim the sea
You can jump into the fire / but you’ll never be free
You can shake me up / or I can break you down
Oh, oh / We can make each other happy

Derek and the Dominos’ Jim Gordon, Jailed for Killing His Mom,

Denied Parole for Fear ‘He’d Hurt Somebody Else’

Bass is by Herbie Flowers (of T. Rex, Elton John and Bowie’s Space Oddity and Diamond Dogs albums, AND of Lou Reed’s classic ‘Walk on the Wild Side’ on Transformer in 1972). Flowers’ stand-up bass solo on Reed’s track is astounding!!! On Nilsson’s song, Flowers connects to the heartbeat, and later lets his bass warp out of tune as it reaches lower and lower throbbing and vibrating notes. You can actually feel the buzz.

Klaus Voormann (also of Lennon’s P.O.B., John’s Imagine album and the single ‘Instant Karma’) did rhythm guitar overdubs. Klaus (also a session musician with the solo Beatles) plays the killer bass on Carly Simon’s ‘You’re So Vain’ about which she utters ’son of a gun’ at the beginning of the song. Klaus also plays bass on two Lou Reed tracks on his incredible album Transformer; ‘Satellite of Love’ and ‘Perfect Day’.

The Nilsson song appears on the soundtrack of the 1990 film Goodfellas.

There’s a great version by Robin Zander of Cheap Trick on his first solo album in 1993. (I love the fact that Zander and his wife named both their daughter and their son Robin!)

LCD Soundsystem did a version of “Jump Into The Fire” as well.
BBC Radio 1: https://www.youtube.com/watch?v=iWzrtxs-gW4

A cool version by Psychic TV from their album Alienist in 2016
https://www.youtube.com/watch?v=UzcGEGexTlk&feature=share

Harry Nilsson passed away in 1994 of heart failure.

Nilsson was the owner of the Mayfair London flat where both (Mama) Cass Elliot of The Mamas & The Papas and The Who’s Keith Moon expired in 1974 and in 1978 respectively.

5 thoughts on “Nilsson On Fire!”