ABOUT A SONG: MELANIE  ‘Lay Down (Candles in the Rain)’

Celebrating the 50th anniversary of Woodstock

There were two songs written ABOUT the Woodstock festival which took place in August 1969.

One was written by Joni Mitchell, who was not even there. She heard about first and largest music festival of its kind from her boyfriend at the time, Graham Nash, who had played there with Crosby, Stills, Nash & Young. Joni was in New York, having just appeared on television there. She wrote her song based on what Nash had told her, and upon news reports. Mitchell’s song ‘Woodstock’ was the b-side of her hit ‘Big Yellow Taxi’ and also appears on her 1970 album Ladies of the Canyon. The lyrics tell of ‘a child of god’ on a spiritual journey to the festival, with more biblical imagery. It also speaks of solidarity against the Vietnam war. It later became a hit by Crosby, Stills, Nash & Young from their album Déjà vu, also in 1970.

Melanie’s song is my favorite of the time.

It was written after performing at the Woodstock festival

– about her uplifting experience at the monumental event. 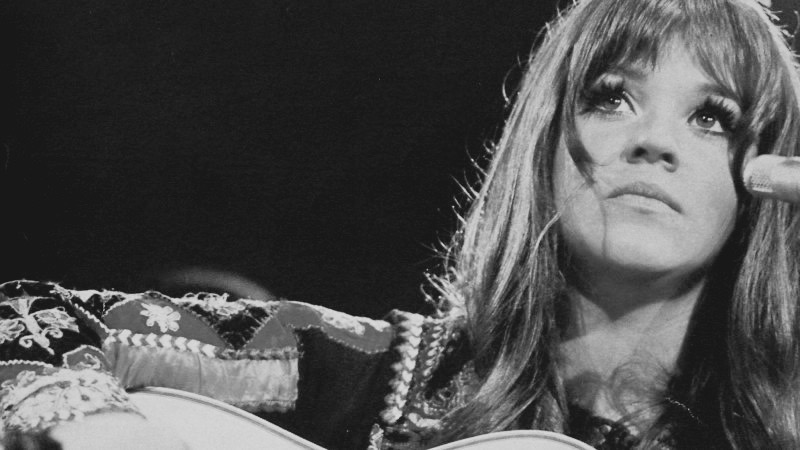 ‘Lay Down (Candles in the Rain)’ was written by Melanie Safka. The performance is credited as Melanie with the Edwin Hawkins Singers (a famous religious gospel choir known for their famous and now legendary 1969 hit ‘Oh Happy Day’). This was a hugely inspirational single in 1970 from Melanie’s third album Candles in the Rain.  She wrote the song after performing at the Woodstock festival in August 1969, inspired by the strong unity and positivity displayed there in massive numbers despite the pouring rain. In her strong, yet quivering voice, she sings this glorious uplifting anthem of the 1960s.

When she performed at Woodstock, Melanie was just a young girl of twenty-two from Astoria Queens NY, She had been a folk singer in New York City’s Greenwich Village and became popular in Europe and in the Netherlands with a few singles and the release of her first album. She had also made several television appearances overseas.

Melanie was shivering with fear and feeling way out of her league when she played Woodstock at dawn – when it began to rain. She performed the song ‘Beautiful People’ but was edited out of the final film.

Just over six months later, ‘Lay Down…’ would become a  massive international hit. Melanie’s long-time manager and husband suffered a fatal heart attack in 2010. In his last words, he explained to the store clerk who found him on the floor,

“You know how people hold their lighters up at rock concerts?

and respect and unity?  It was Melanie” He said this with his last breath.

Melanie also performed at other major UK festivals including the Isle of Wight in 1970 and Glastonbury Fayre in 1971 – and also at Glasto’s 40th anniversary in 2011. She was invited to perform by Jarvis Cocker when he curated the Meltdown festival in 2007. Her  sold-out performance was released on a DVD – Melanie: For One Night Only.

Below is the complete version of ‘Lay Down (Candles in the Rain)’ complete with the lengthy gospel chorus at the ending – and the spoken intro (which was on the single’s b-side) in which Melanie says, ‘Meher Baba lives again’. He is the same guru whose name is frequently invoked by Pete Townshend of The Who. This song also has the great Herbie Flowers on bass (who appear on Lou Reed’s Walk on the Wild Side, Harry Nilsson’s ‘Jump Into the Fire’ and many other classic songs).

“We were so close there was no room We bled inside each other’s wounds
We all had caught the same disease / And we all sang the songs of peace
Some came to sing, some came to pray /Some came to keep the dark away…”

‘Lay Down…” was covered by Mott The Hoople on their 1971 album Wildlife.

Also see my playlist – Singing in the Rain.