© Madeline Bocaro, 2022. No part of this site may be reproduced or re-blogged in whole or in part in any manner without permission of the copyright owner.

Here are some songs for a windy day…

The 1954 doo-wop song ‘The Wind’ by the Nolan Strong and The Diablos was one of Lou Reed’s favorite songs. The reverb on Strong’s stunning vocal is haunting.  The song has been covered by various other artists, including The Jesters in 1960. 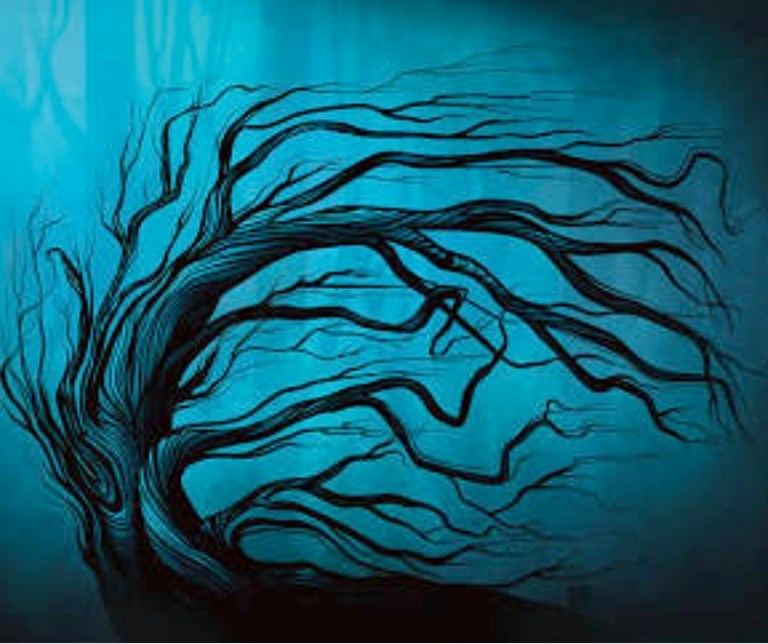 ‘They Call the Wind Maria,’ (pronounced Mariah) written by Lerner and Lowe is from the movie soundtrack ‘Paint Your Wagon.’ This orchestral cowboy ballad was operatically sung and popularized in the film by Harve Presnell, although the tune originated in 1951. To promote the film, various artists on many record labels recorded and released versions of the song, including Burl Ives and The Baha Mariba band. The lyrics have something to do with hurricanes being named after women. It is said that Mariah Carey was named after this song.

Johnny Mathis recorded the gorgeous ‘Wild Is the Wind,’ which appeared in the 1957 film of the same name. It was also released as a single by Mathis. Other notable, slower and much more intense versions are by the great Nina Simone (1966) and by David Bowie on his Station to Station album in 1976.

On The Freewheelin’ Bob Dylan album, we have the classic ‘Blowin’ in the Wind.’ This is where we can find the answer. It is possibly Bob Dylan’s most important song, released in 1963. Peter Paul & Mary covered it on their album In the Wind.

Donovan recorded the Dylanesque ‘Catch the Wind’ on which there is hardly a trace of his British accent.  This acoustic tune was a 1965 single released in the UK and in the USA. 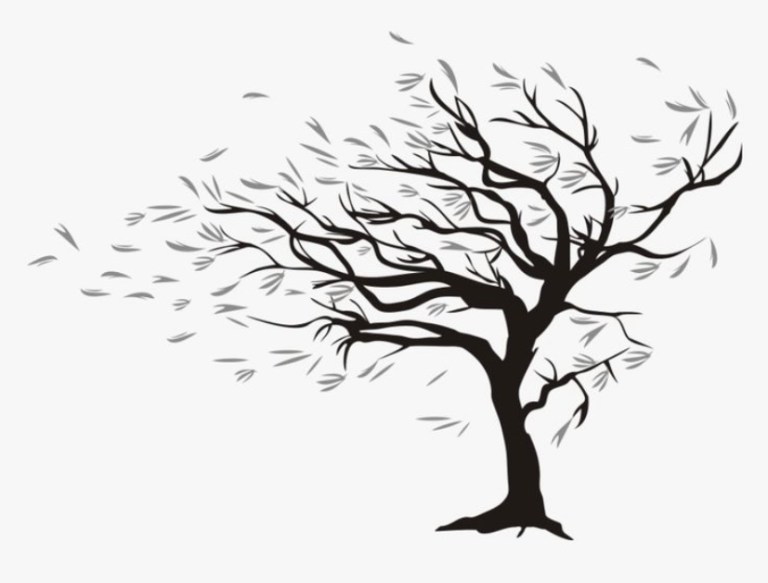 ‘The Wind Blows Your Hair’ is a great track by The Seeds, who are best known for their hit ‘Pushin’ Too Hard.’ The band (with Sky Saxon on vocals) created their own brand of psychedelia. This was the B-side of ‘Too Many Shadows’ in the summer of 1967. Both songs are on their third album, Future. They recorded two versions.

‘Windy’ by The Association was a big hit in May 1967. It was aptly labelled “Sunshine Pop!”  It’s about a girl with stormy eyes and a windy smile, with wings to fly above the clouds and give you a rainbow. This could have only been made in the 60s! It’s got an irresistible punchy beat and melody – with a flute solo! Punk band Television Personalities uses the melody of ‘Windy’ to introduce their song ‘Where’s Bill Grundy Now’

‘The Wind Cries Mary’ was the American B-side of ‘Purple Haze’ in 1967. This was a killer single by Jimi Hendrix!! Jimi wrote the lyrics in America for a girlfriend named Mary. He later amended it with thoughts about his then current girlfriend in London, Kathy Mary Etchingham. This gorgeous song was released as a single in the U.K. and later appeared on the album Are You Experienced, in August. What girl wouldn’t love to have a song written for her by Hendrix about the wind crying her name?! 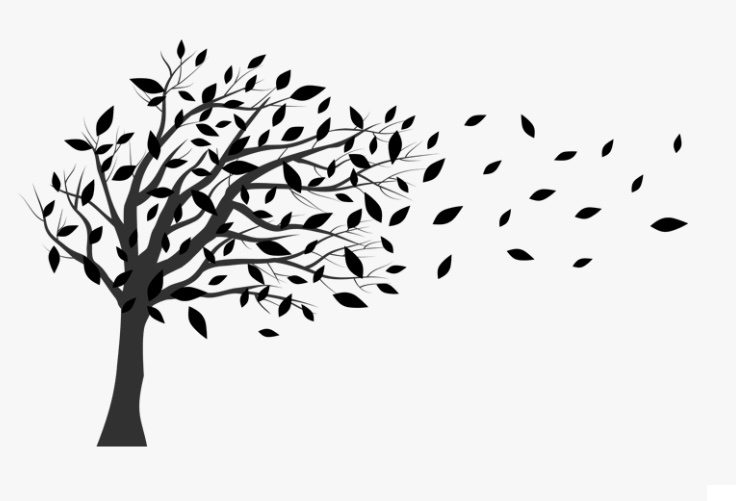 In 1968, Debbie Harry was a vocalist in the folk band Wind in the Willows prior to forming the Stilettoes and later, Blondie. The debut album was unsuccessful, and their second was never released.

‘The Windmills of your Mind‘ was a hit single for Noel Harrison in 1969. The melody was written by Michel Legrand for the 1968 film The Thomas Crown Affair. The song was also recorded by Dusty Springfield and later, by Sting in 1999.

Cat Stevens sings ‘The Wind’ as the opening track on his 1971 album Teaser and the Firecat. This is a delicate song, along with others – ‘Moonshadow,’ ‘Morning Has Broken,’ and ‘How Can I Tell You,’ all on the same album. Slow, syrupy songs usually make me cringe, but all of Cat’s mellow tunes are sublime.

The lyrics incorporate lines from English poet Christina Rossetti’s nursery rhyme ‘from Sing-Song: A Nursery Rhyme Book, 1872. The lyrics convey the spirituality of nature, and being able to see something that is invisible by the effect it has on other things (like karma) through movement or in stillness.

Who has seen the wind? / Neither you nor I But when the trees bow down their heads The wind is passing by

In the final verse, Yoko sings about the peaceful legacy that she and John are hoping to leave when they are long gone. Their shared dream will become a reality. They will become invisible, but the ripples of their effect on the world will be known and everlasting, like the wind.

But when the world gets bright and clear you’ll know that we were there.

This gentle tune with a simple baroque acoustic arrangement, accented with a serene tambourine is sung by Yoko in a high-pitched, quiet childlike voice. The first verse is in a minor key with an Asian- style melody, then it switches to a sweet major key.

“On that song, the voice is wavering a little, there are shrills and cracks, it’s not professional pop singing, the background is going off a little. There was something of a lost little girl about it. What

I was aiming at was the effect you get in Alban Berg’s Wozzeck, where the drunkard sings, a slightly crazed voice, a bit of a broken toy. In that sense it was a quiet desperation.”

The heavenly, weird and wonky out-of-time acoustic guitar is so wrong that it’s perfect! John’s is playing in another dimension – behind the beat. Very strange. The stereo re- mastered vinyl single, released on Record Store Day in 2020 is wondrous. The fluttering flutes sound like flapping butterfly wings. They bounce and echo off each other. The trilling harpsichord takes us time-traveling to a baroque ballroom dance. The instruments sound wobbly, like a children’s music recital, just about to veer off- key. However, Yoko’s intimate vocal is pure and innocent, like a young child. She comes in a bit too early in the intro, which adds to the sublime madness.

The extreme amount of echo makes the instruments sound strangely out of sync, with the “wind” instrument resembling a drunken cuckoo clock, yet Yoko is on beat and in perfect pitch. We have only ever heard this on a scratchy record and on AM radio. This remaster is mind-blowing in headphones!  The first appearance on CD was in mono, on the 1997 Rykodisc reissue of Wedding Album. This is the first digital reissue of the song in glorious stereo!

The above is excerpt from my book:

‘O’Wind (Body is the Scar of Your Mind)’ is a gorgeously mystical exotic piece that takes us traveling to distant lands. It’s on Yoko Ono’s 1971 double album Fly. Yoko’s whirling, wind-like vocals are enhanced by stunning array of percussive sounds including tabla, by Jim Gordon, claves played by Bobby Keys and cymbals, courtesy of Joe Jones. ‘O’Wind…’ was performed live for the first time at the Glastonbury Festival in 2014. 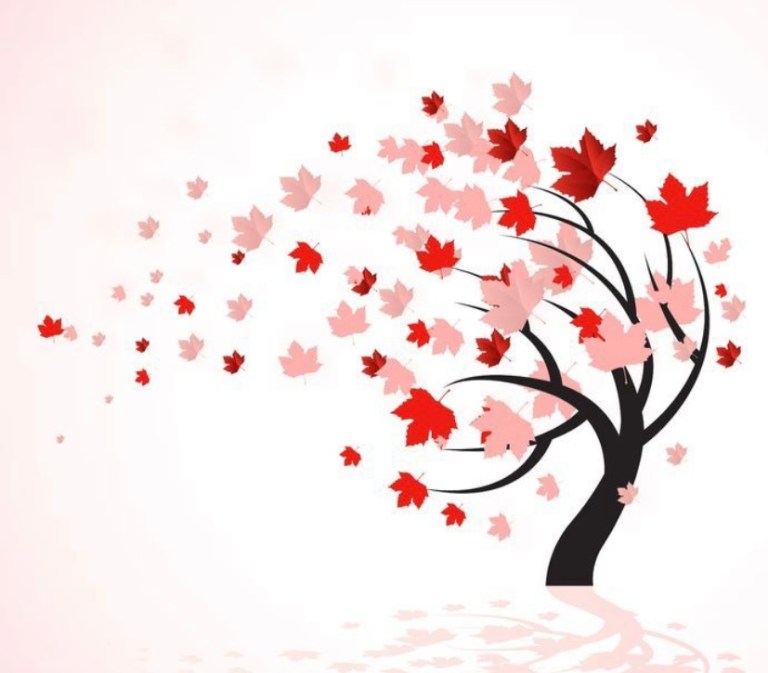 ‘Candle in the Wind’ by Elton John and Bernie Taupin was written about film legend Marilyn Monroe in 1973. It appears on the incredible double album Goodbye Yellow Brick Road. The lyrics were re-written when the song was re-recorded in tribute to Princess Diana when she was killed in a car crash in 1997.

‘Ill Wind Blowin’’ Is a non-album track from Mott the Hoople. It appears on the unofficial 1980 LP Two Miles from Heaven. The record consists of overdubbed sessions from the original band’s Island Records period (1969-1972). It also includes alternate versions of some later Hoople songs.

The album is titled after the place where the character in the book (from which the band got its name) could always be found. This ballad has beautiful lyrics by Ian Hunter.

Across the naked desert
That housed a million hurts
But I heard a voice call unto me
“Beware”, is what it said
You’re asking all the questions
That is dangerous to do
For you ain’t got any answers
And your time is nearly through…

‘Gone with the Wind’ is an outtake from the sessions for Sparks’ fifth album, Indiscreet. This is Russell Mael’s composition. It was later released on the 1978 Best Of Sparks compilation album. The lyrics represent different views of the legendary film of the same name from two perspectives. One is Vivian Leigh’s stunt double, and the other is a couple in a cinema who are bored and confused by the lengthy motion picture.

So what did you do today?

I fell down the stairs today

They doubled the basic fee

Bob Seger & the Silver Bullet Band from Detroit released ‘Against the Wind’ in 1980. All of Bob’s songs are great driving tunes. This one, about growing older is particularly beautiful and poignant. Glen Frey sings backing vocals on this track.

‘Reap the Wild Wind’ is a single from the 1982 album Quartet by Ultravox. The album was produced by George Martin. Yes, George Martin.

© Madeline Bocaro 2022. No part of these written materials may be copied, photocopied, reproduced, translated, re-blogged or reduced to any electronic medium or machine-readable form, in whole or in part, without prior written consent of Madeline Bocaro. Any other reproduction in any form without permission is prohibited. All written materials contained on this site are protected by United States copyright law and may not be reproduced, distributed, transmitted, displayed, published or broadcast without prior written permission.