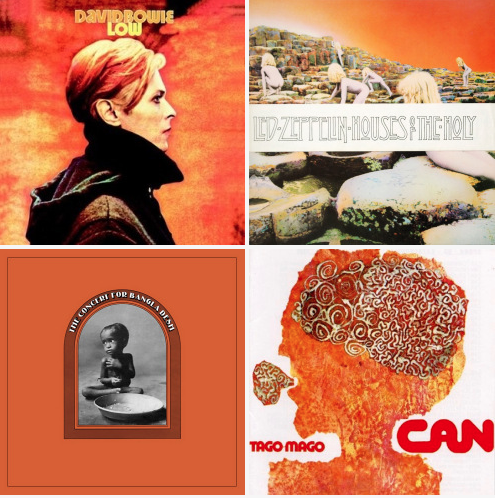 After writing about RCA’s orange label dynaflex records of the 1970s, I realized that orange is a prime 1970s color. It reminds me of sunny summer days, of Creamsicles and Fanta soda and of Tang – the orange powdered drink which remained popular after the astronauts brought it to the moon.

Some folks were still tripping on Orange Sunshine – still popular from the 60s. One amusing forum comment stated, “The Orange Sunshine acid I had in my hippie days was an amazing trip – never to be forgotten!!! The Owsley White Lightning and Monterey Purple were about the same. They sure were the good old days. good luck with the garbage that is called acid today…”

The color orange is named for the fruit. The fruit was named after its smell — ”naranga”, meaning fragrant in sanskrit. Therefore, the color is named after a smell.

The color also brings to mind St. Joseph’s Baby Aspirin and the orange liquid ointment Mercurochrome, which our parents lovingly gave us when we were sick or had a boo-boo. But these supposed cures proved harmful – especially because the latter contained poisonous mercury!

Our television sets were aglow with orange in the 70s. It was always a Sunshine Day on The Brady Bunch*. Orange was the accent color of the Bradys’ home décor. The color also punches up the psychedelic sets of Rowan & Martin’s Laugh-in. Our favorite TV families; the Bunkers of All in the Family, The Jeffersons and the Evans on Good Times featured orange decor and fashions. It is also the color of The Sonny & Cher Comedy Hour logo, and of course David Bowie’s hair.

Who can ever forget this orange overload from 1975?!

David Bowie on The Cher Show. 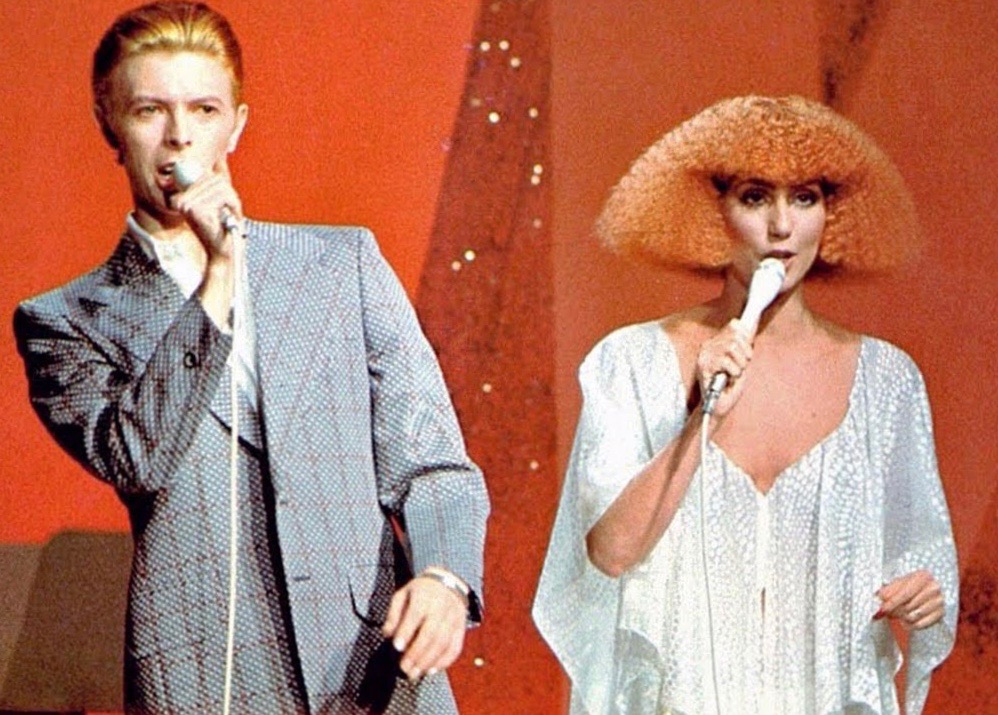 (A) Clockwork Orange – the soundtrack album to Stanley Kubrick’s 1971 film features electronically synthesized music composed by transgendered Wendy Carlos – an early developer of the Moog synthesizer. David Bowie stole the look of Alex and his gang of droogs for his band, The Spiders From Mars. And they appear in the lyric, “Hey droogie, don’t crash here” from his song ‘Suffragette City’.

The debut album by another innovative German band Neu! (1972) had its pop-art name emblazoned in orange across the stark white album cover. (It sometimes appears as red). They would use this logo motif in various colors on many of their album covers. Neu! was formed by guitarist Michael Rother and drummer Klaus Dinger who left Kraftwerk. They retained Kraftwerk’s sound engineer Conny Plank. The opening track ‘Hallogallo’ featured a steady driving 4/4 beat with Dinger’s robotic -style of drumming coined ‘motorik’. This sound later influenced the lengthy electronic title track of the Autobahn album made by their former band Kraftwerk. David Bowie was a big fan of Neu! and of Kraftwerk, and the aforementioned German band Can. In fact, Bowie almost recruited Mike Rother to play guitar on his “Heroes” album, but it was not meant to be.

(A Michael Rother box set on CD and vinyl was just released in February 2019. Ironically, the cover also makes use of orange!)

In 1972 on the cover of Black Sabbath Vol. 4 Ozzy Osbourne flashes a peace sign. Curtis Mayfield’s third album Super Fly with its super hip logo was the soundtrack to the Super Fly film. 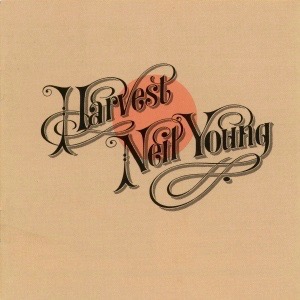 Who can forget the orange orb on the cover of Neil Young’s very popular 4th studio album Harvest in 1972. It contained the hits ‘Old Man’ and ‘Heart of Gold’. Young told Rolling Stone that he intended for the album jacket to become biodegradable once the shrink-wrap was removed. It was a great idea which the label deemed too expensive to produce

In 1973, Led Zeppelin’s Houses of the Holy had a blazing orange sky. The art was created by Aubrey Powell, inspired by Sci-Fi writer Arthur C. Clarke’s novel Childhood’s End. (Clarke was later found to be a pedophile). Only two naked children were used for the photo shoot with their images multiplied. Their names were Stefan and Samantha Gates. The open gatefold sleeve pictured one child raised up in a sacrificial ritual.

Where would Tangerine Dream be without orange? They released their fourth Atem in 1973.

I can’t have an orange list without the 1964 Getz/Gilberto album cover! This album gave us ‘The Girl from Impanema, a huge bossa-nova hit by one of the greatest guitarist (Joao Gilberto R.I.P.) and primo sax player Stan Getz. Bossa Nova – a Brazilian musical genre, translates as ‘New Wave’, which came after Samba. Joao Gilberto’s wife sang the English verse 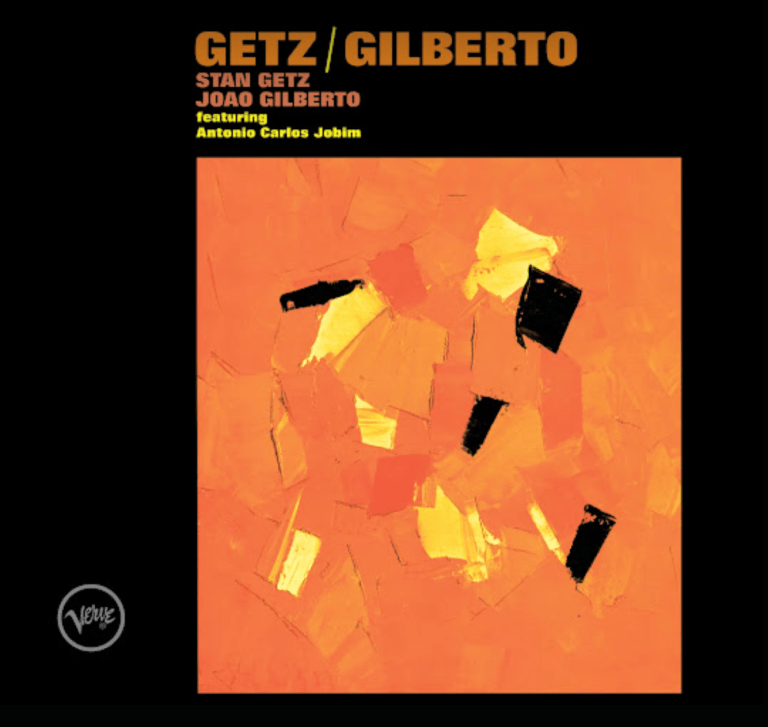 I must mention a killer song by Freaks from NYC called ‘Freakout in the Freakhouse’ which was their only single (besides a track called ‘Summertime Boogie’ on a Shonen Knife compilation album. This was written and performed by Freaks (from New York City) in 1987. Featuring Howie Pyro, Andrea Kusten, and Eric Eckley. 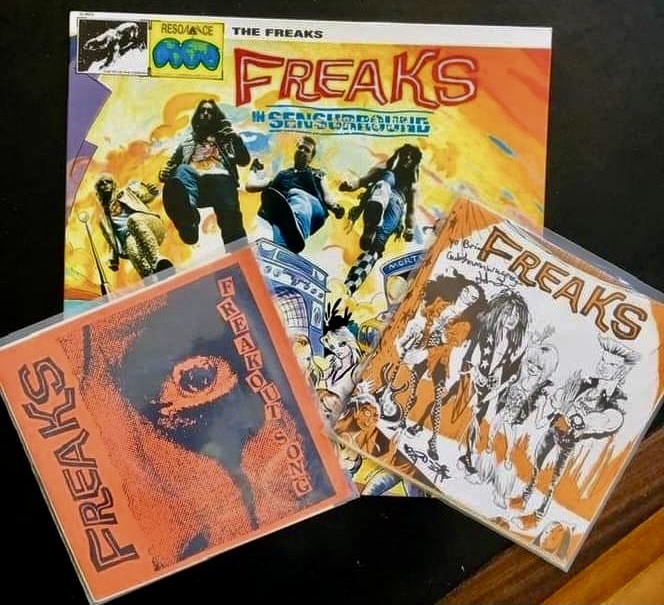 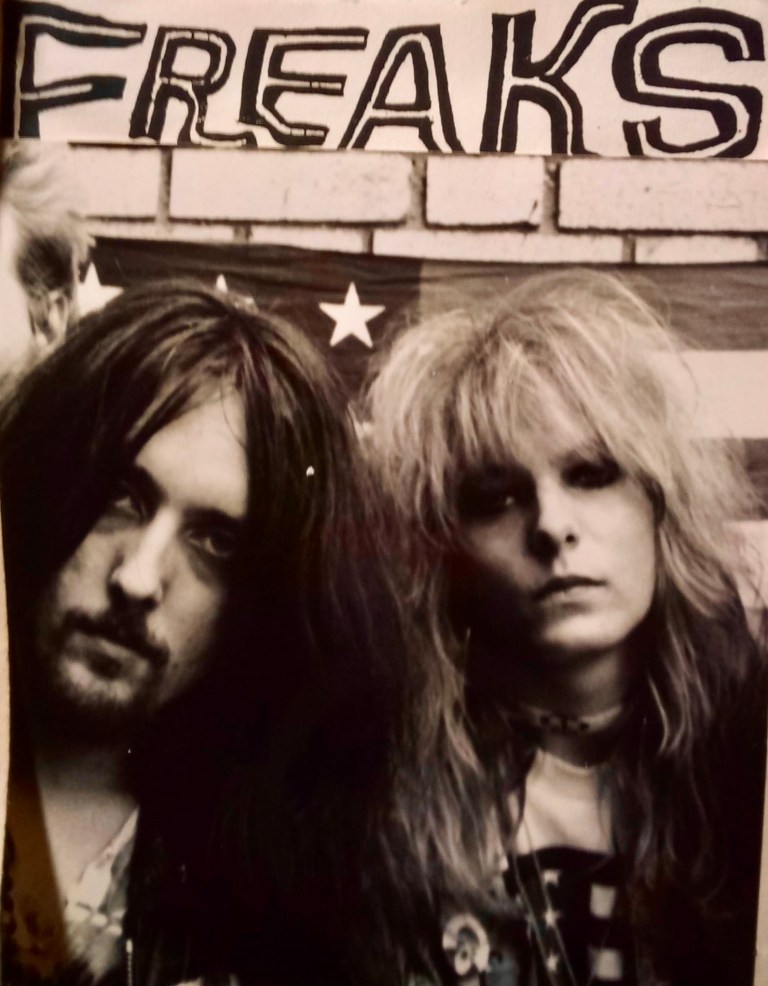 And let’s not forget Orange amps! 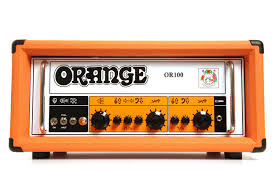 The founder of Orange was 25-year-old Cliff Cooper. He was the bass player in The Millionaires who recorded the single “Wishing Well” for Decca in 1966, produced by the legendary Joe Meek. Cooper opened the first vintage guitar shop in England in 1968, attracting all the hottest musicians throughout the 1970s; Hendrix, The Who, John Lennon… Cliff painted the storefront in his favorite color –  psychedelic orange and began building Orange amps. Stevie Wonder was an early adaptor, using Orange amps on his single “Superstition”.

I’m sure there are hundreds of other references that I am not thinking of right now.

Well, Orange you glad you read this story?!

*THE BRADY BUNCH HOUSE: THE STORY BEHIND THE SETS OF A CLASSIC SITCOM

And this hilariously amusing and obsessive article:

You can watch the renovation of the Brady Bunch house on HGTV in September 2019: 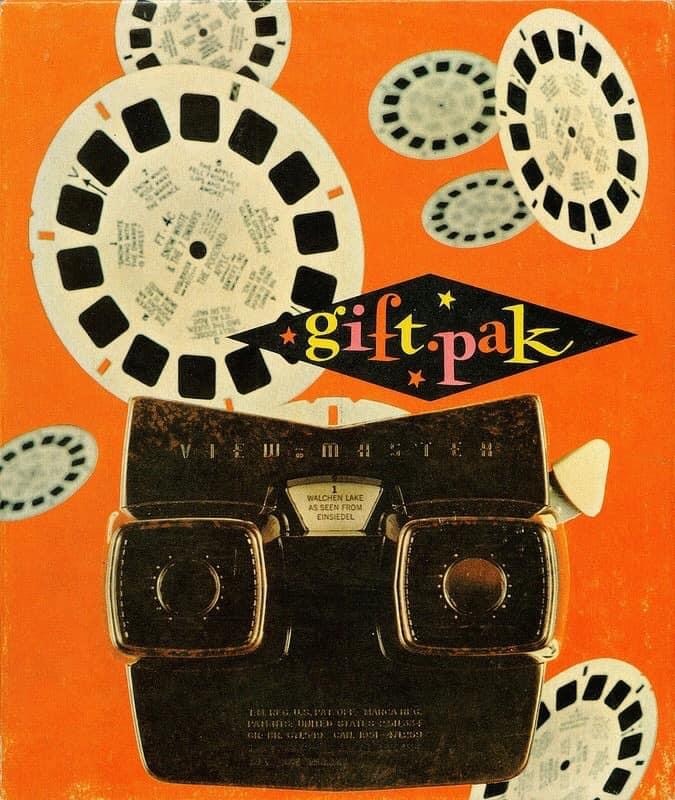 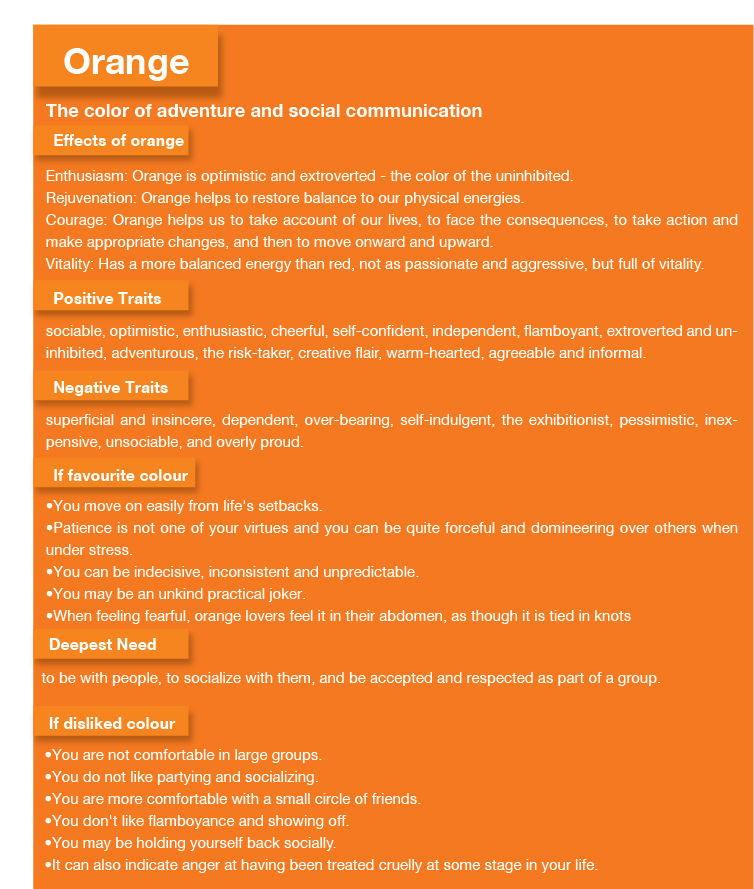