Onstage in Brooklyn, Brett Anderson was savage. He was animal. AN ANIMAL! This is the same lean, sweet stunning creature we have known and loved since the 1990s. The pretty boy who shook his hips and exuded a youthful elegance is now transformed. He is even more ruggedly beautiful with lines on his face, and youthful menace in his eyes.

He comes out swinging, beckoning the sitting crowd to stand up. “Come on motherfuckers!” Suede are now punk, and Brett seems possessed by Iggy Pop, which is a glorious thing to watch! It’s a bit of a strange new quality for Suede, who were one of the first Britpop bands with a touch of glam. Their music is beautifully melodic, yet the band has now imbued a fresh and stunning savagery in their sound and in their show, although the lyrics are still poetic and profound. 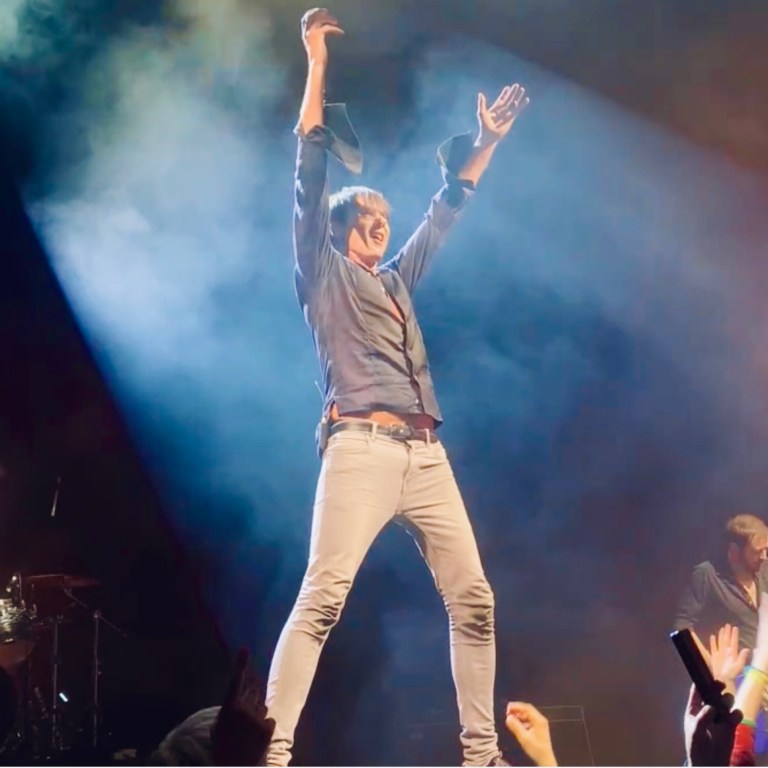 Simon Gilbert’s drums have the tonal quality as Topper Headon’s enormous thunder in the Clash! Richard Oakes’ guitar sound is tremendous. It’s allowed to breathe so much more than on the recordings. The gorgeous and compelling Neil Codling was unfortunately mostly hidden in the shadows at the Brooklyn gig. I missed his entertaining grimaces and his occasional Ron Mael (Sparks) impersonations at the keyboard. The low-key Mat Osman on bass modestly sustained his utmost importance.

This is Suede’s first American concert tour in almost 30 years. They have certainly made up for lost time. Their set lists differ slightly each night, and the lighting and ambiance was extremely varied in each city. In Los Angeles and Anaheim, they opened with ‘This Hollywood Life.’ In San Francisco they heard ‘Killing of a Flashboy and ‘Pantomime Horse.’ The Philadelphia set had alternate songs from the new album, Autofiction; ‘Turn Off Your Brain and Yell,’ ‘Drive Myself Home,’ and ‘That Boy on the Stage.’ (In Boston, they played ‘Filmstar. ‘Life is Golden’ was added in Chicago). In most cases, we have never heard these songs performed live in America before.

(Some complete concert videos are linked below). 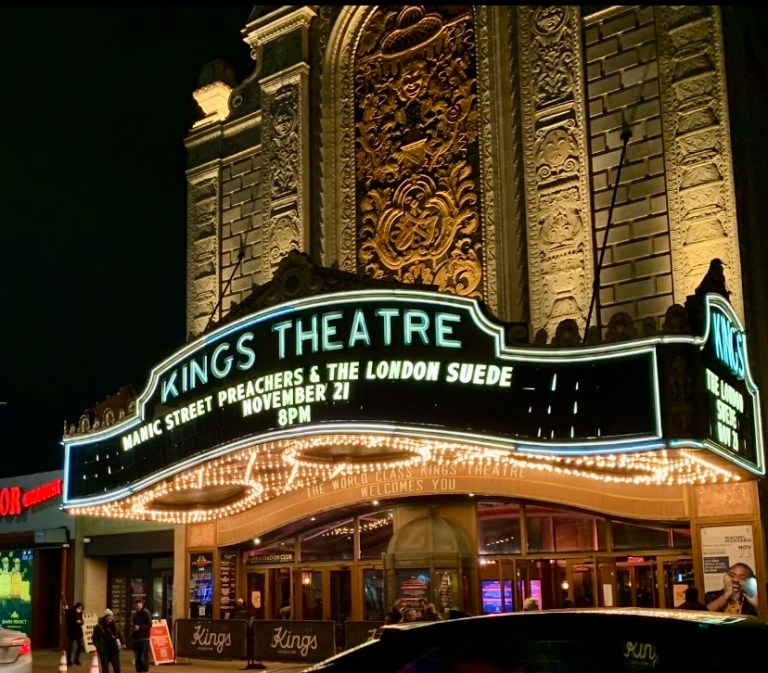 In Brooklyn they opened with ‘She Still Leads Me On,’ a song of love from a man about his mother – followed by ‘Personality Disorder, both from Autofiction. Possibly unique to Brooklyn so far, is the inclusion of ‘She.’ And then came the hits, ‘The Drowners,’ ‘Animal Nitrate,’ ‘Metal Mickey’…

Drenched in sweat and pounding his chest, Brett stalks and skulks, dangerously swinging his microphone, whipping his perfect hair around, leering, sneering – and then smiling! He is almost never rooted on the stage. He is high atop the monitors, kneeling, crawling, writhing, and immersing himself amongst the adoring crowd without pretension or security.

Suede is a fan’s dream-band. There’s nothing like having your idol physically embrace you like an old friend – hugging, touching and kissing hands, and acknowledging die-hard fans at the front of the stage by name. After brief returns to the stage, Brett is back in our arms again! I was trapped in my 3rd row center seat, while he embraced fans in the aisles. Later, he traversed through the second row, embracing everyone in his path, and made his way over to me! In Philly, the venue removed all the expensive seats that people had paid for, most likely at the request of the band. The freedom from security at the Brooklyn venue was liberating! Suede do not just merely entertain. They embrace and involve everyone. Even the songs are about us; ‘Trash,’ ‘Beautiful Ones.’ ‘So Young…’ and we are all still so young! 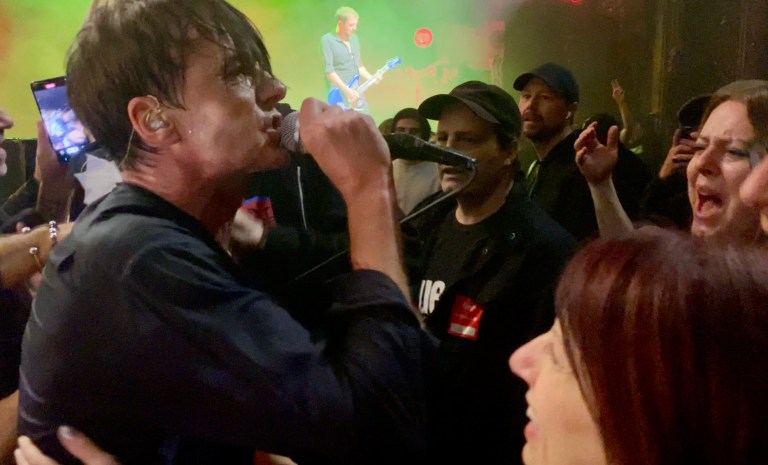 Usually, lead singers who crave an intimate, physical audience connection (Jim Morrison, Iggy Pop, even Elvis) are damaged and fragile, with a history of pain and drugs. Brett was no stranger to those circumstances in the past, although he is now a family man.

The entire show was stunning, but highlights included the incredible ‘We Are the Pigs’ and Brett’s solo acoustic version of ‘The Wild Ones,’ bathed in purple light. Mid-song, he pushed the mic away and sang a verse acapella. His voice still filled the room.

Propelling his incredible performance, Brett seemed to be enraged about something. He repeatedly said, “This is the last time.” (In Hollywood, he mocked the Rolling Stones song, ‘The Last Time,’ and said, “See you in another 25 years”). I wondered if he was serious, or if he was channeling Bowie (who adored Suede) and his infamous unexpected on-stage announcement to retire Ziggy Stardust in 1973.

The band still resent having to be called The London Suede in America for legal reasons, but that’s nothing new. During the final song, ‘Beautiful Ones,’ Brett declared this finality yet again in a sing-song voice, resembling Johnny Rotten’s sneer when he stated (at the final Sex Pistols show in San Francisco, in 1978) “Ever get the feeling you’ve been cheated? Brett said,

“This is the last time you will see us. Let’s wave a fond farewell. Thanks for all the fun over the years, but we’ve got to say goodbye now… Thank you for your loveliness. This is the last song we’re gonna do…”

At once we have witnessed Suede’s triumphant return, and must wonder if they may be gone again forever. What a compelling thought to leave us with at the end of an exhilarating show!

She Still Leads Me On

It Starts and Ends With You

We Are the Pigs

Suede at The Fillmore (Silver Spring)