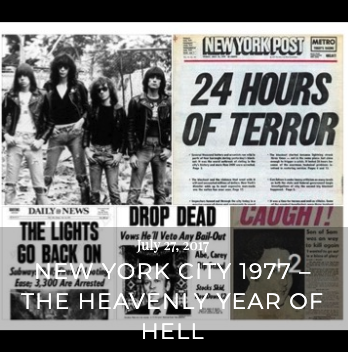 Can you believe that 1977 was more than 40 years ago? I saw a great documentary on VH1 called NY 77 The Coolest Year In Hell, about the summer of ’77.

It’s amazing to see it all now in perspective. Elliot and I were two spoiled 17-year old kids who laughed about everything back then. We ventured into the city from our safe houses in the suburbs. We thought New York City was the greatest thing. Now, seeing this documentary about the extent of the decadence, murder, depravity and danger brings to light how scary it actually was.

Elliot realized and appreciated the danger more than I did. I was too naive. It was the hottest summer on record. Bright flickering neon signs reflected in pools of scum on the streets, exactly as the city looked in the film Taxi Driver. Son of Sam – a real life Travis Bickle was on the loose. The President had forsaken the bankrupt New York City, denying federal assistance. A Daily News headline read, “Ford to City: Drop Dead.”

We thought it was all a big laugh. Despite the peril, we loved going to the city; me for the music; Max’s and CBGB, and him for discos and turning tricks at the Playland arcade.

Remember that the city is a funny place 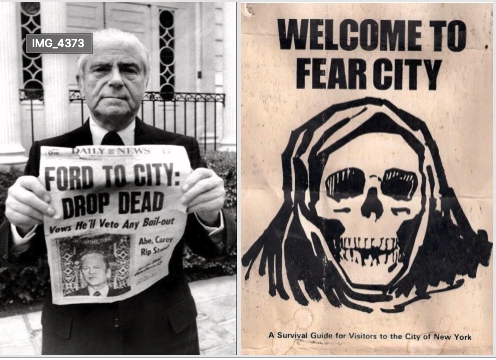 There was the infamous 25-hour long blackout in the hottest July ever with a 10-day heatwave over 100 degrees. People went insane. They were coming out of stores with arms full of loot. Vans pulled up to store fronts, hauling off washers and dryers. It was like scenes from Pirates of the Caribbean – pillaging and destruction – total chaos! As a result of severe NYC budget cuts, police force had been reduced. The police (unarmed at the time but for night sticks) had no plan in place to handle anything of this caliber. There were almost 4,000 arrests without enough prison cells. The aftermath of the rebellion looked like scenes from Iraq! During the anarchy, 1,000 fires were set, trash everywhere, broken glass. New York City, the Bronx, Brooklyn and Queens were ravaged by the blackout. In the South Bronx, slumlords had already been paying heroin addicts to torch their buildings so they could collect the insurance money. On this night, flames burned for hours with blaring sirens of fire trucks that couldn’t keep up. In the quiet calm of the morning, there were smoldering ruins.

Alongside the decay and nihilism was exhilaration and cultural evolution. I remember Debbie Harry & Chris Stein of Blondie telling us at CBGB one night that we should join them uptown to these wild clubs where “It’s like a party – people just talk in rhymes over the music – like stream of consciousness.” I was sure they knew what was cool and it was probably legit, but I knew that it wouldn’t be my scene – I was more of a punk. Out of this came the Sugar Hill Gang with the very first use of music sampling, Chic’s ‘Good Times’ on the very first Hip-Hop song, ‘Rapper’s Delight’.

There were other great stories about CBGB in the documentary. The most interesting one about the city was when rap artists spoke about the origins of scratching and Hip-Hop culture. I always wondered how they had those sound battles with turntables in the parks. Where did they get the electricity? They hot-wired street lamps using extension cords to snake all the way into the park! The most cred was given to the guys with the LOUDEST sound. They battled, scratching and blasting Queen’s song ‘We Will Rock You’ and blew each other out of the park!

Then, on the night of the historic blackout (July 13) all the poor ghetto kids who had their eye on the finest amps, speakers, and turntables in the windows of electronics stores looted and stole all the equipment they’d ever dreamed of having. It was like the best Christmas ever – in the middle of the hottest, most vicious summer. That was the night hip-hop was born! (And everyone got free sneakers!) Overnight, the sonic battles became bigger & louder. The contraband high-end equipment was extremely desirable, so each DJ had to guard all his stuff from rival rappers, each with their own posse of gunmen in the park.

The documentary also illustrated graffiti artists’ pride in their achievements in leaving their mark on the trains. They would steal spray-paint cans from the stores by pinning the sleeves of their denim jackets closed, putting 4 paint cans down each sleeve and slinging their jackets over their shoulders. The stealth artists descended into the tunnels at night to paint in the dark, after practicing their drawings for weeks, also in the dark for that sole purpose. They considered their paintings works of art, but the public viewed them as garbage. There were also segments on Discos like Studio 54, and Plato’s retreat with their all-night orgies.

8th Avenue featured hundreds of peep shows, over a thousand hookers, and pimps in alcoves who whistled at me – oblivious to the danger in my glam outfits at eighteen. The 10-block stretch of 8th Avenue from Times Square and up was known as the ‘Minnesota Strip’ because teenage prostitutes flocked there by the busload when Minnesota toughened up its’ prostitution laws. There were some book stores where creepy, disgusting fat old cigar-smoking men sold dusty old movie posters and glamorous publicity photos of 20s, 30s, 40s and 50s movie stars. One shop sold back-issues of Circus Magazine with my favorite rock stars; Bowie, Iggy Pop or Mott The Hoople on the cover. I went there searching for these magazines. I would have paid $100 for this one  with Bowie as Ziggy Stardust on the cover! When I asked the guy how much, he said 25 cents! I quickly handed him the quarter and got out of there quickly before he realized that he had just sold me the holy grail!!! He couldn’t care less.

Elliot and I would walk around Christopher Street at night, eat at Taco Rico, and watch the gay couples walk by, wearing leather or drag. I loved the queens and trannies – they were so committed to the art of being themselves! It was like all of the bizarre characters from a Lou Reed album converging in one place! One walked by dressed in a nurse’s uniform with blood all over, dragging a headless doll. We hadn’t realized it was Halloween because people looked so weird and fabulous there every night.

Back then, the ‘meat packing district’ was just that; a double entendre for packing meat in the culinary sense, and also in gay sex clubs.

Punk rock was already in full swing. Elvis died in August, effectively ending an era. In Greenwich Village, we’d run into the Ramones, Blondie or the New York Dolls buying boots or jeans at Trash & Vaudeville or Manic Panic. We literally bumped into Andy Warhol many times in Union Square…and Lou Reed during the Halloween parade on Christopher Street, way before it became commercialized!

We began to notice kids with Mohawk haircuts – another Travis Bickle reference. Now they are commonplace, but then it was scary to see this tribal / military cut that was traditionally ceremonial or the sign of a warrior on teenage kids.

Once I was in a NYC taxi with my innocent mom. She had escorted me from the suburbs to a concert in the city. Some women walked in front of the cab, and mom said, “Look at those girls – they’re dressed like hookers!” Hey ma – they ARE hookers!! Those were the days.

New York City was still a very dangerous place in 1984, when subway passenger Bernhard Goetz shot down three attackers on the train and was hailed as the ‘subway vigilante’.

In the early 1990s, Times Square had been ‘cleaned up’. This achievement was claimed by  then Mayor Giuliani although development had been in progress in the 1980s, before he took office.  There was a billboard near Times Square advertising the Waterfront Crab House in Long Island City. It read, ‘The only place in the city that still has crabs!’ 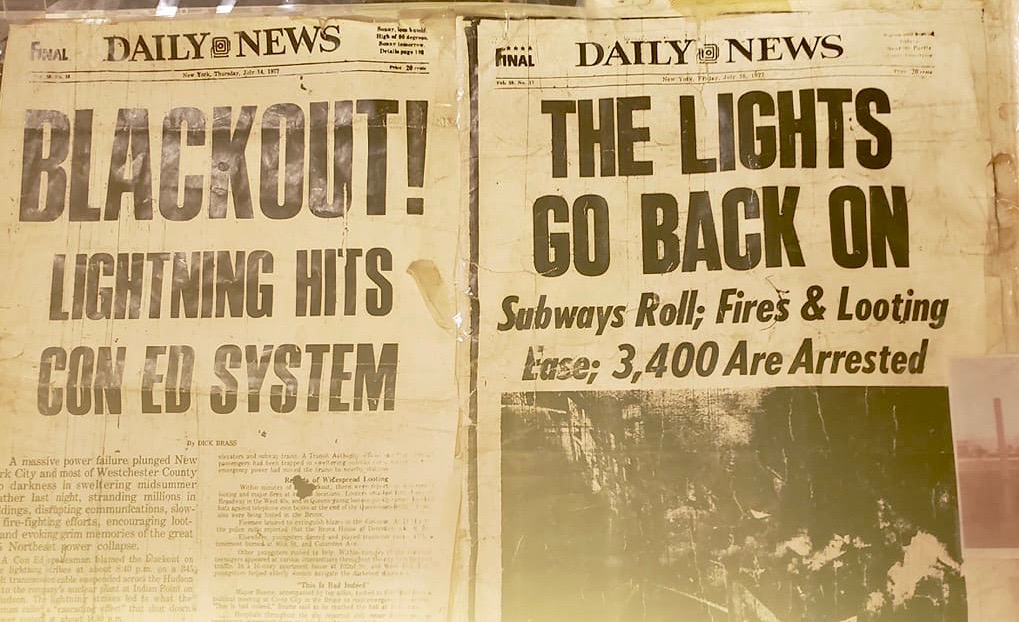