The very first form of music that existed must have been just like Yoko’s – millions of years ago – before language, before instruments…the first prehistoric bird call, the grunt of a cave man, the first vocal expression of joy or sadness. The music of the future will probably resemble hers as well (whether it be made by humans or aliens) – pure and simple. It’s already starting to happen.

Yoko’s musical output – from the screamers to the dreamers – explores an amazing range of sounds, styles and experimental forays in rock, jazz and blues. Years of harsh criticism did not diminish Yoko’s integrity and perseverance. This music had to come out of her, then and now.

In 1995 Ono had not released an album in nearly a decade. The favorable response to Rykodisc’s 1992 Onobox CD retrospective collection encouraged Yoko to reactivate her musical career. The times were starting to catch up with her. After her 1995 album Rising and a successful tour with her band Ima (with son Sean on guitar), Ono’s music was appreciated by a completely new, young and curious audience. This lead to Rykodisc’s release of eleven Yoko Ono albums on CD in 1997, with bonus tracks.

The latest Secretly Canadian / Chimera series (on CD or white vinyl) is a collector’s dream, with beautiful booklets and rare photos. It is SO COOL that the Apple Records labels are replaced with grapefruits (in honor of Yoko’s 1964 book of instructions called Grapefruit)!! All the bonus tracks are the same as those on the Ryko reissues. The remixes were supervised by Sean. The amazing sound quality and breadth of his mother’s revolutionary recordings are rectified. Yoko had the best session musicians in the biz backing her, due to her obvious connections! Guest artists include Mick Jagger, Ringo Starr, Eric Clapton, Ornette Coleman and of course John Lennon.

Many don’t realize what a brilliant musician and producer my mother is. She taught me piano, songwriting, and studio production from an early age. I would not know what a diminished chord, or a compressor, or a counterpoint melody, or an overdub, or reverb and delay was, none of it, had it not been for my mother’s mentorship. 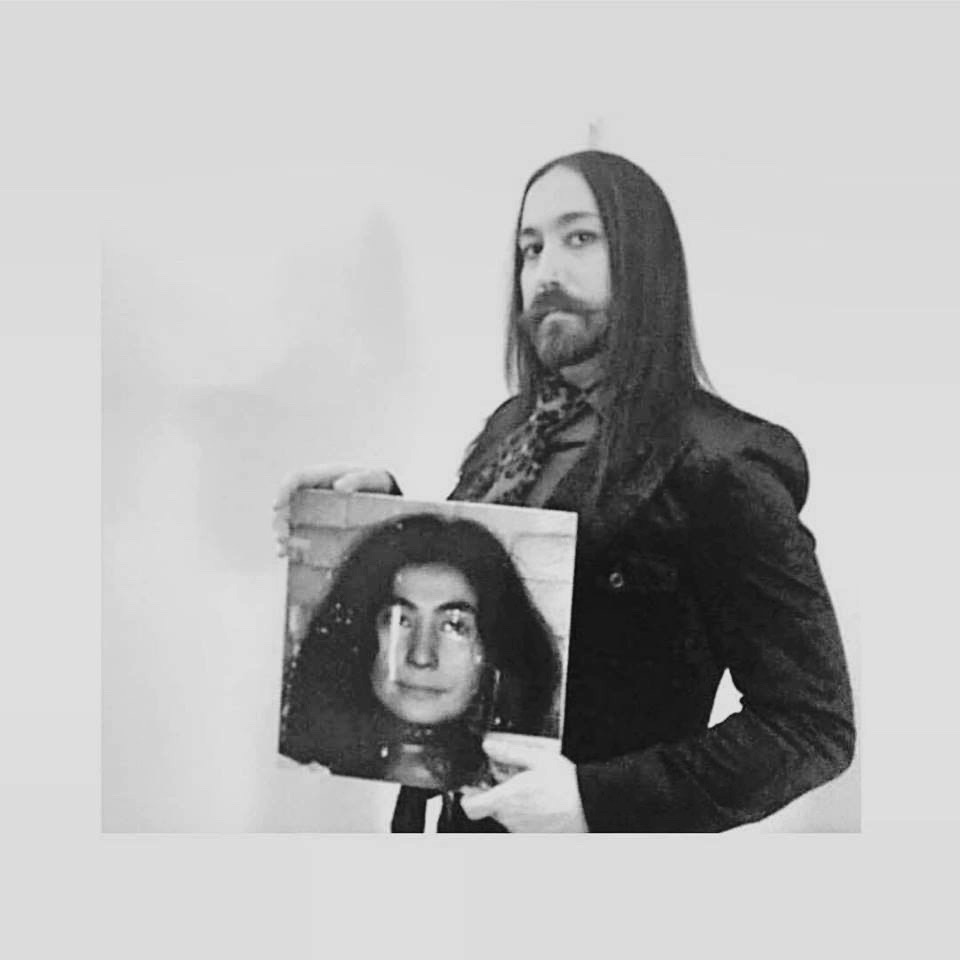 The first two releases, Two Virgins and Life With the Lions, showcase the avant-garde collaborations of John and Yoko. The first two experimental albums are fun to hear in retrospect. If you were ever looking to hear subtle nuances on these two, you will certainly be happy! It’s especially nice to have Two Virgins on virgin white vinyl!

Yoko Ono Plastic Ono Band (1970) includes the stunning ‘AOS’ with Ornette Coleman. In 1968, the jazz great Coleman invited Yoko to perform at Royal Albert Hall with his band. Yoko titled her piece ‘AOS’ (from the Japanese word AO meaning blue(s) and OS from the English ‘chaos’). ‘Blue Chaos’ was probably to deviate from Miles Davis’ album title, Kind of Blue (1959). ‘AOS’, from a live rehearsal with Coleman and his band appears on her first solo album. Yoko’s conditions were that it be her piece – not theirs. Foregoing musical notation, she scored her piece with words to convey what the musicians should play…

“…Think of the days when you had to suffer in silence for ten days of eternity before you could give, and yet you were afraid of giving because what you were giving was so true and so total, you knew that you would suffer a death after that.

This is no shit. No mood or whatever you call it. It’s real…

The best gift of all on POB is the previously unreleased 7+ minutes long ‘Open Your Box’ (a wild version of ‘Hirake’ from Fly). There is an astonishing section where Yoko’s singular voice soars, miraculously multiplying to resemble a distressed flock of angry birds. Whenever I listen to Yoko, no matter what song it is, I’m thinking, “This is my favorite song!” My friends always say, “Oh is that the one that goes “Akkkk akkkk akkk akkk?!” I honestly must say, “YES!!!” But I think this version of ‘OYB’ is my all time favorite!

My first hearing of ‘Why’ was on a jukebox in a department store in 1970. John’s single ‘Mother’ was in there, but I chose to play the b-side. The jukebox shook, rumbled and came alive, as did my whole body! It is one of my favorite songs of all time. Here, we get an almost 9-minutes extended version of this precious gem that almost was not recorded (as evidenced in John’s comment at the end, “Were you getting that?” After the previous start with ‘no power’ he had told the engineer to stop recording!

The album Fly (1971) sounds most spectacular with its custom home-made instruments and strange textures; drum machines and drones made by Fluxus musician Joe Jones (an associate of John Cage and LaMonte Young). The ‘Head Play’ medley (‘You/Airmale/Fly’ – bonus track) swirls around your head like a cyclone! These wordless vocal pieces communicate much more than any language. Why does Yoko, who speaks two languages fluently, choose to completely evade words? BECAUSE THERE ARE NO WORDS! ‘Don’t Worry Kyoko’ – a plea to her daughter (with Eric Clapton on guitar) was John’s vocal inspiration on ‘Cold Turkey’. All seventeen minutes of ‘Mindtrain’ are glorious. In the haunting ‘Mrs. Lennon’, the echoing lament of Yoko’s vocal is chilling. Especially the line, “Half the world is always killed you know.”

I only wish that they had included a bonus track ‘Telephone Piece’ including all three versions (USA, UK and Japan) that appeared on each edition of the album. (In the case of the UK version, the phone ring is different. On the Japanese vinyl, she answers, “Moshi moshi, Yoko desu.”)

Just as Yoko inspired John to experiment, Lennon instilled something in Ono that would drastically transform her amorphous music – a beat. Beginning with ‘Mind Train’ and ‘Midsummer New York’ (Fly) Yoko began writing structured songs with evocative lyrics in a more conventional framework. Soon came the poignant ballads on the double album Approximately Infinite Universe (1973) – ‘Winter Song’, ‘Death of Samantha’, ‘Shiranakatta (I Didn’t Know)’ and the funky ‘What Did I Do?’. Her melodies are extraordinary. If Barbra Streisand had recorded these songs, nobody would believe that they were written by Yoko.

Yoko wrote ‘Winter Song’ while John was asleep in a farmhouse in upstate New York. John has repeatedly said that he wished that he had written this exquisite song himself. He plays guitar on the track (and others) along with Mick Jagger. There is a longing for an earthly future with John that was not to be. Yoko seems to sense this already, yet there is beautiful shimmer about this song in its gorgeous strings and especially in the sacred lyrics.

The beautiful piano based ‘Song For John’ was written in 1967.

“Before John and I started to relate to each other and I was sort of hoping to meet somebody I would fly with.” – Yoko

John’s guitar work is credited on two tracks by the anagram Joel Nohnn.

A highlight on AIU is the clarity of Elephant’s Memory’s Stan Bronstein’s sax (who played the amazing solo on ‘Drug Stabbing Time’ by the Clash)! He especially shines on ‘Catman (The Rosies are Coming’)! Yoko and her posse of women (the Rosies) gang up on the macho Catman, leaving him no choice but to surrender and retreat with his tail between his legs!

Yoko uses Kabuki style hetai vocalizing within traditional blues on ‘Is Winter Here To Stay?’. Nobody sings the blues like Yoko. She makes Howlin’ Wolf sound like he’s merely whining and complaining over the trivialities of love lost. So what if your woman done up and left you? We know the hardships that Yoko has suffered; as a woman, surviving as a neglected child of privileged parents and alternately as a hungry child in war-torn Japan, as a misunderstood artist, the wife of John Lennon and the cruel way he was taken from her. This is her expression of all these things. There are moments of anguish, distress and sadness.

Then there are lighter tones of beauty and purity. It seems as if Yoko is communicating with something otherworldly. Talking to the universe, or to the child inside herself. Or perhaps translating the cries of animals, birds and trees. Speaking for everyone and everything in pain, in need or in love. Imagining peace.

Feeling The Space (1973) is all about elevating women’s status in the world. The album has never sounded so gorgeous and slick as it does now with an analog warmth. The drums on ‘Woman Power’ make the room vibrate. The rockers ‘She Hits Back’ and ‘Straight Talk’ have much more punch.

The bonus track ‘I Learned to Stutter’/’Coffin Car’ begins with a monologue by Yoko explaining the discrimination she endured from society’s attacks after she married John, resulting in her starting to stutter. This was her realization how hard it is for women, if she – a strong woman could begin to stutter at age 30 from all the abuse. Another bluesy bonus track, ‘It’s Been Very Hard’ is given new life here.

The essence of these albums’ relevance decades later are Yoko’s universal messages calling for social change, and the openly honest communication of her own private pain – and that it is still necessary and helpful to dream in this frightful world.

I am proud to share my time on earth with Yoko Ono, and blessed to have been touched by her all my life. I hope there is an afterlife for one reason only – so that John Lennon can see all of Yoko’s triumphs, and know that his dream has finally come true. For all we know, he might be behind all of this, wherever he may be. 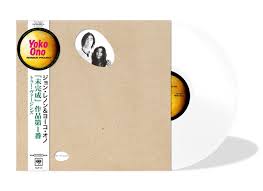 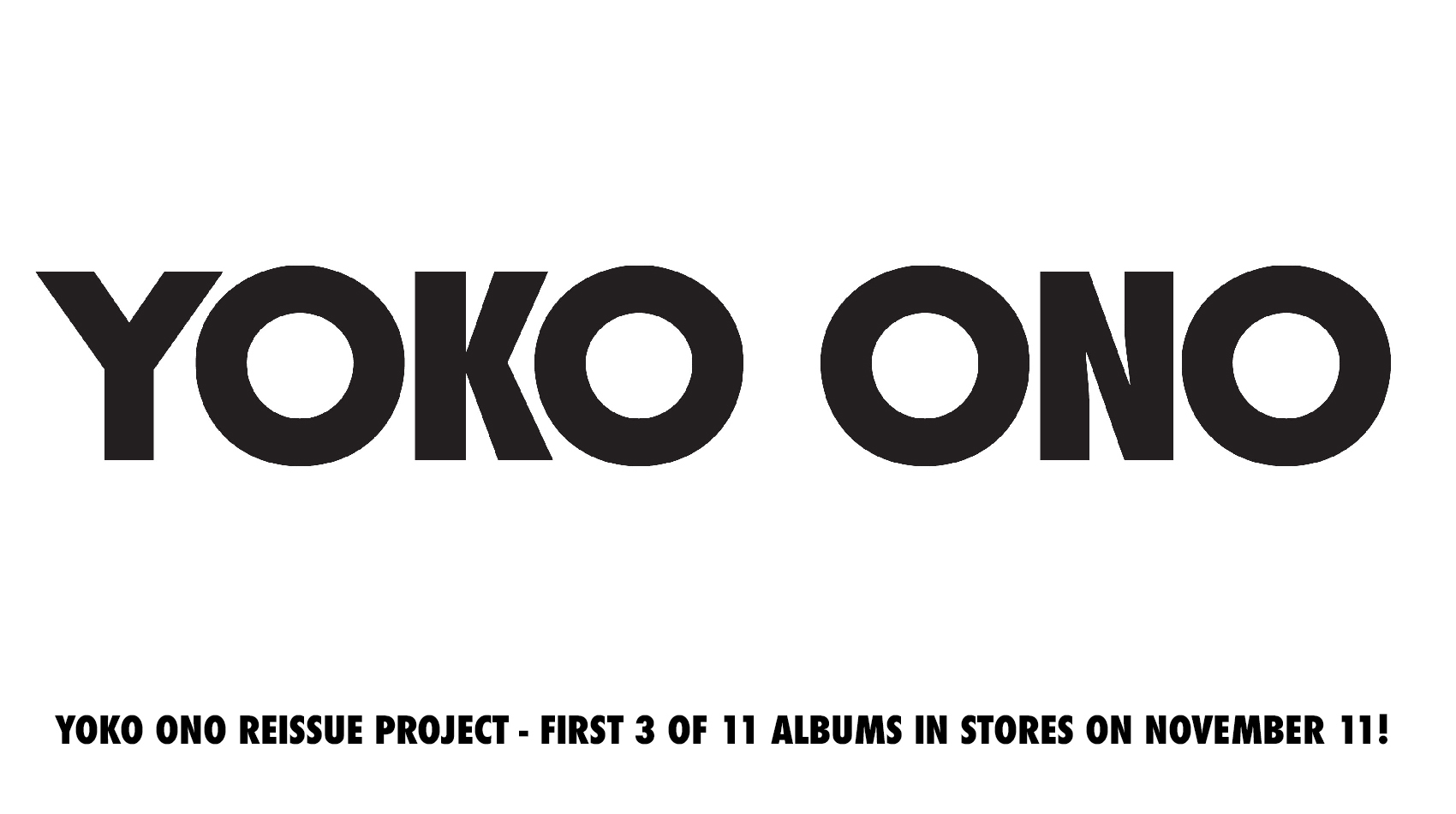 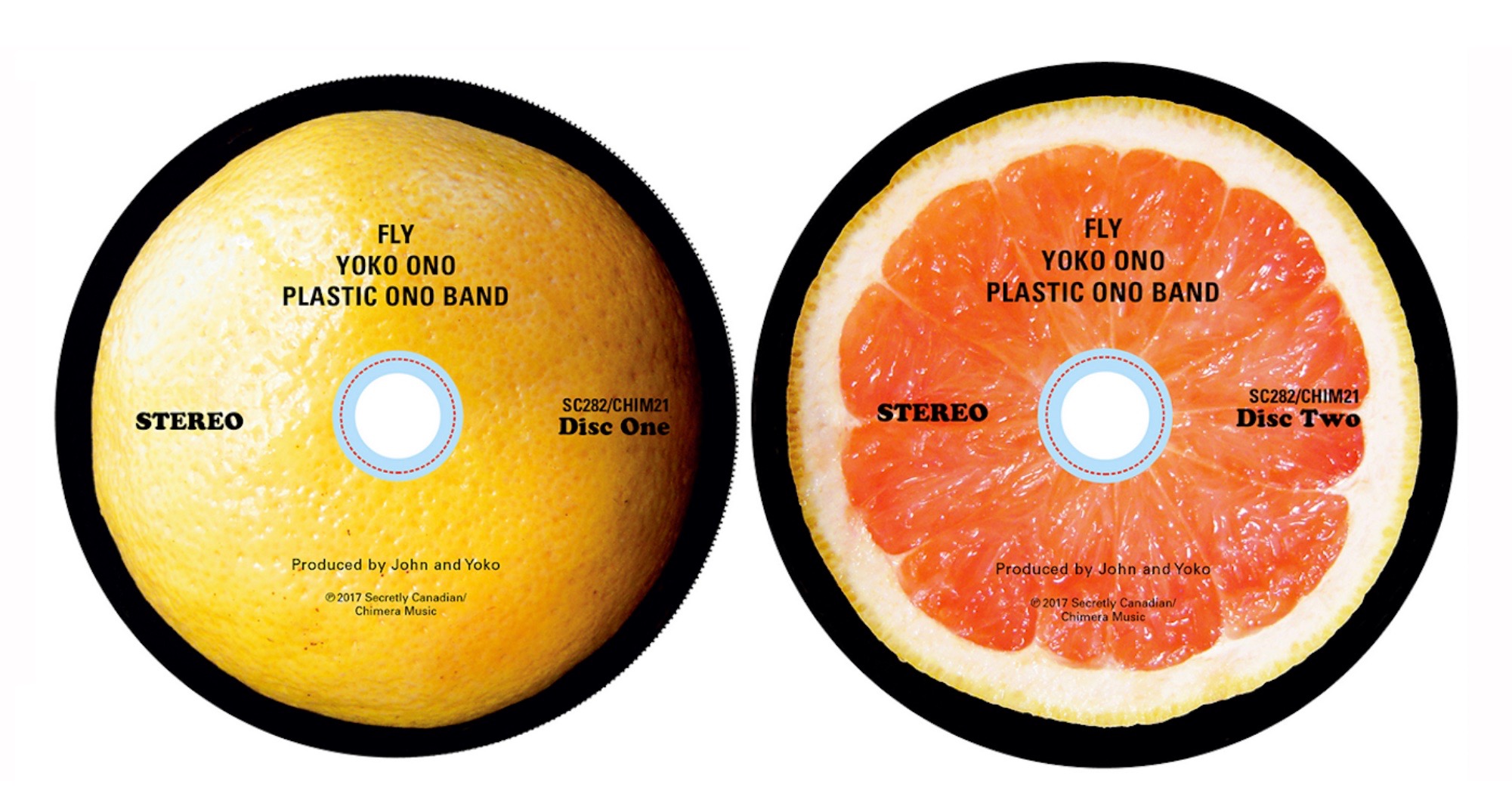 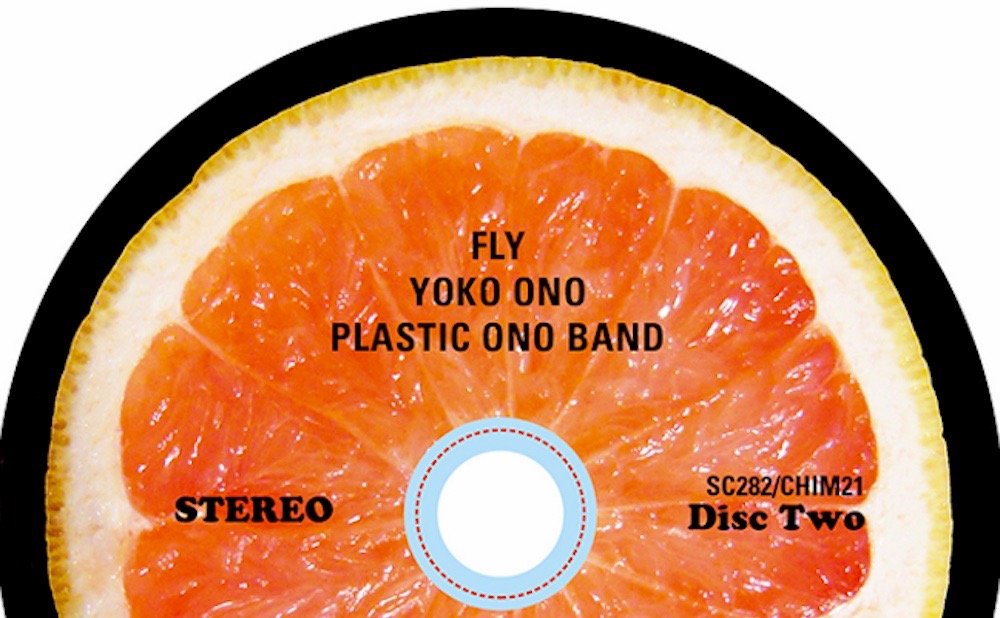 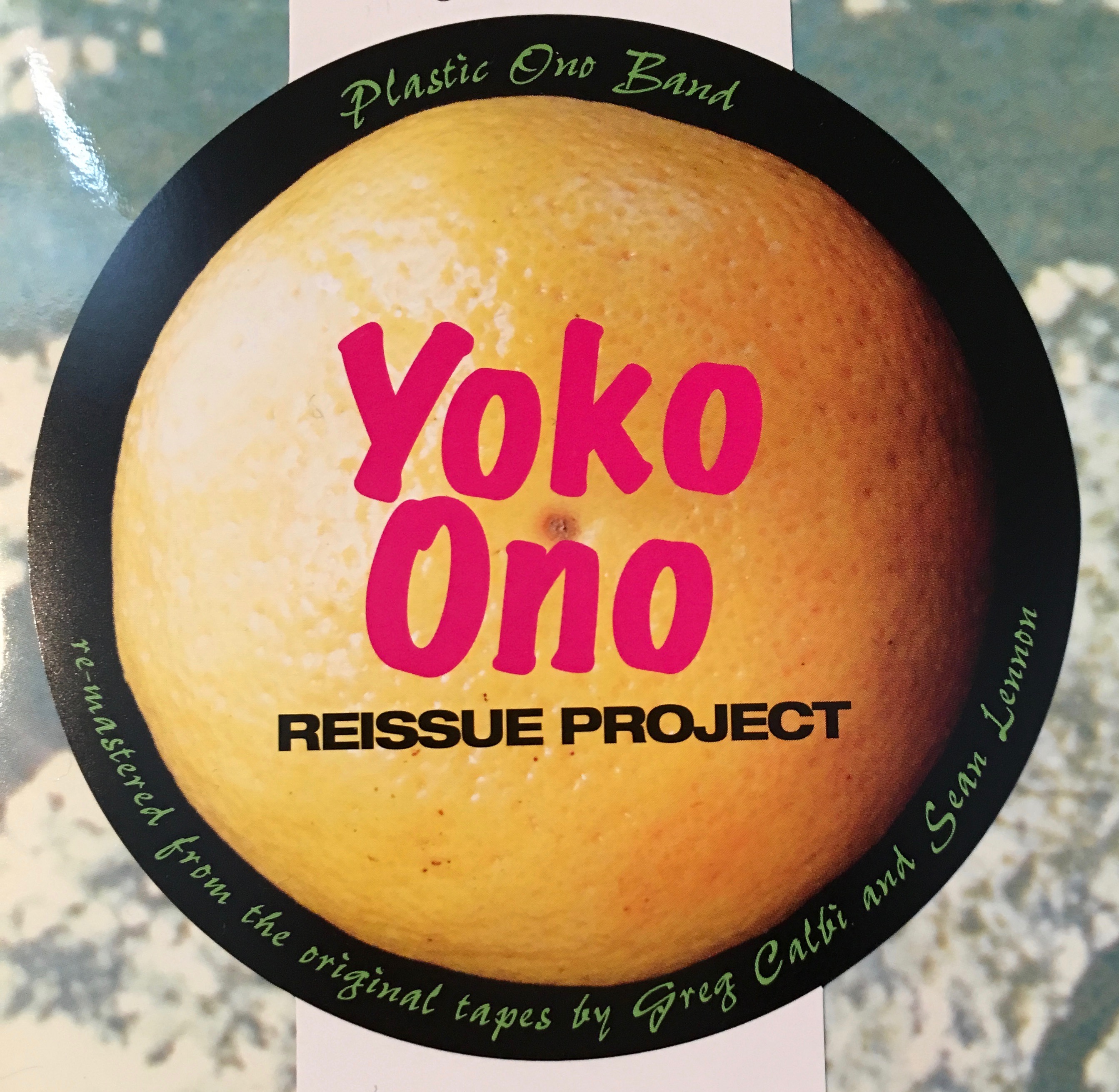 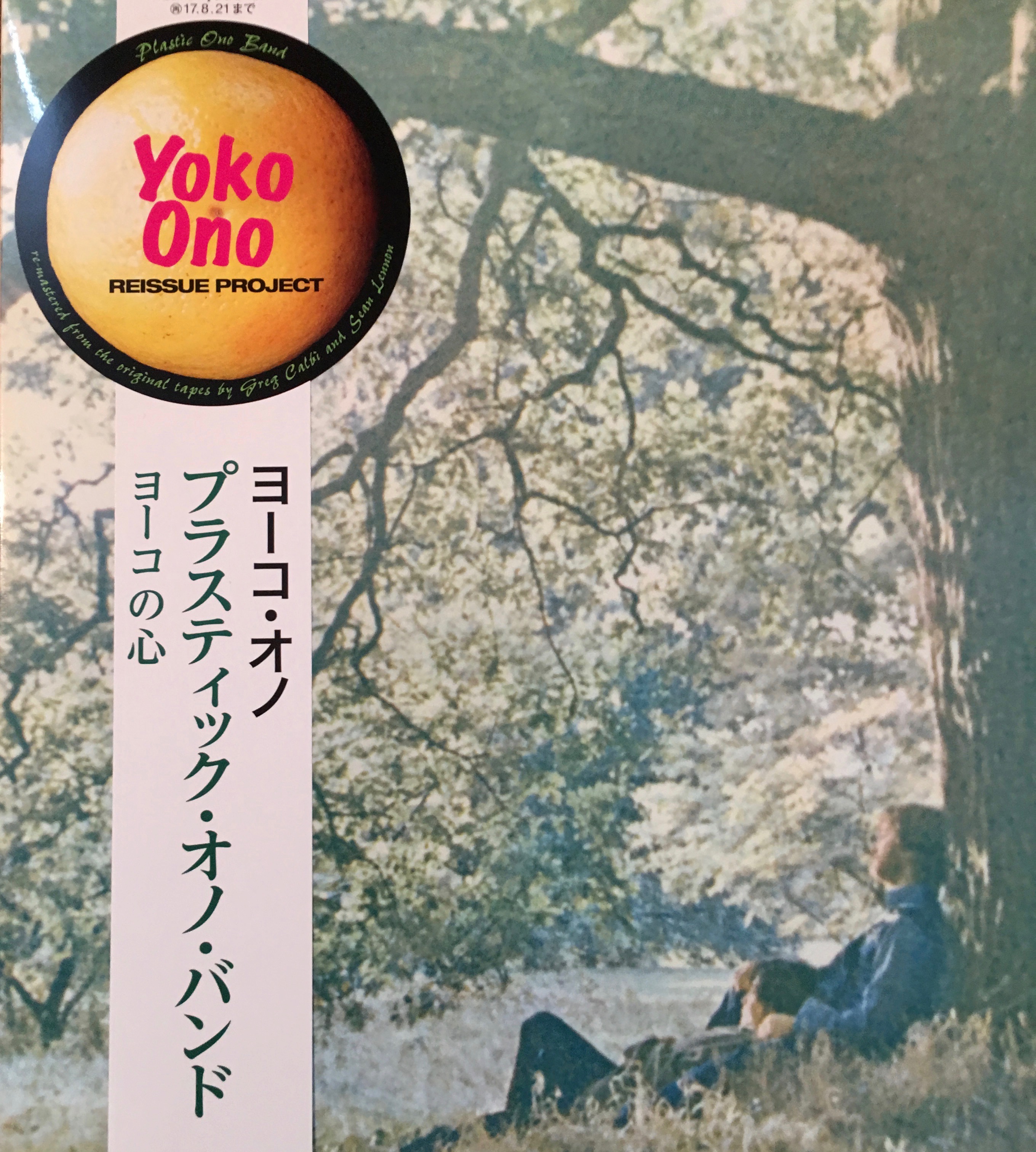 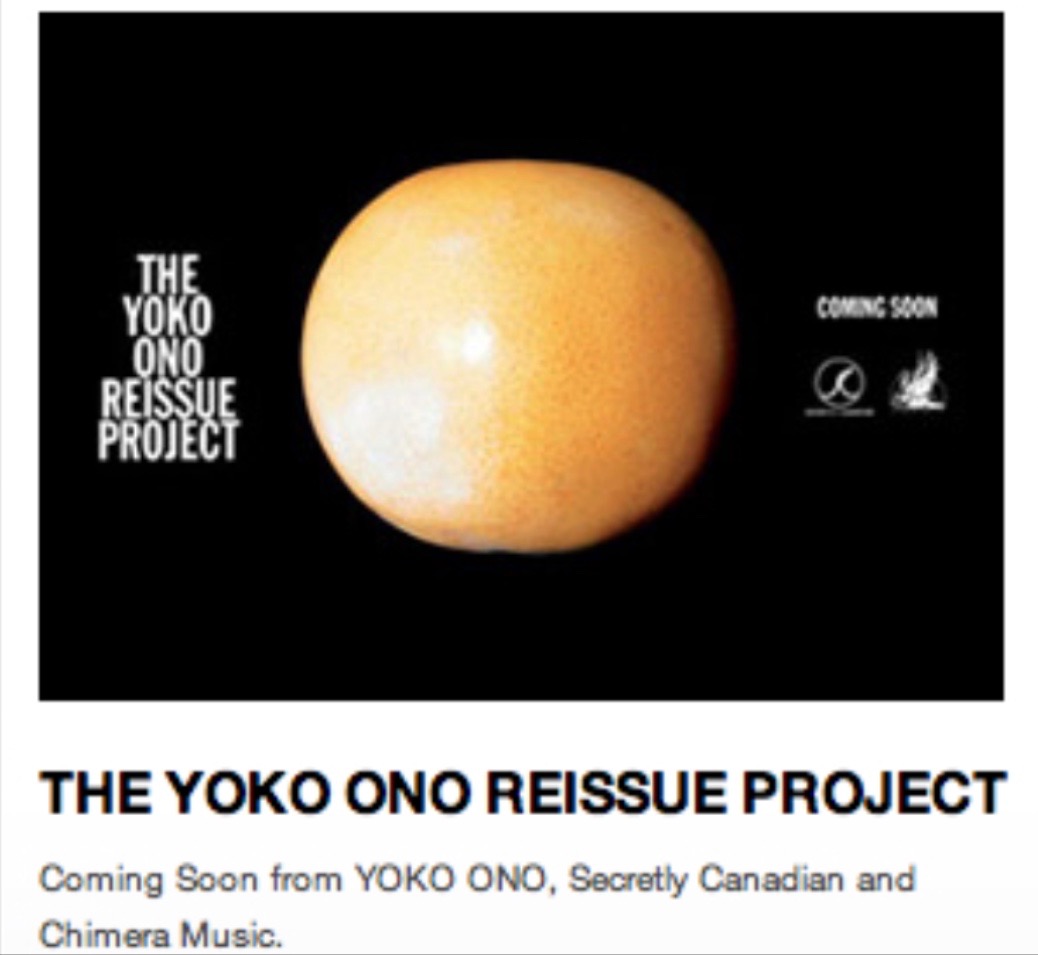 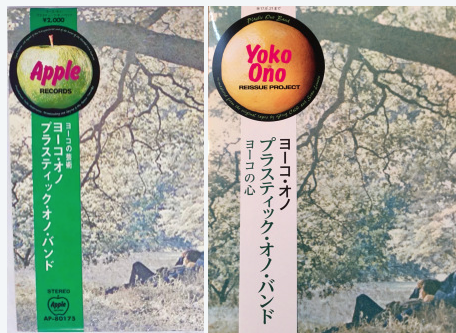