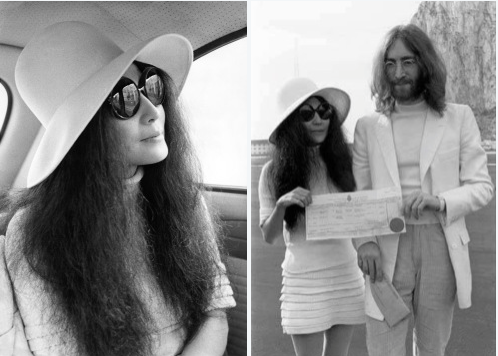 Beautiful Yoko with a wistful smile, minutes after her wedding to John. She is gazing ahead, dreaming of ‘the future we’d never reach’.*  Nothing could break their eternal union.

I just believe in me

John and Yoko were the Adam and Eve of our generation. John took a bite of Yoko’s ‘Apple’ upon their first meeting at London’s Indica gallery in November 1966. They stood naked – as did the folks in the garden of Eden – on the album cover of their first recording together, Unfinished Music No. 1: Two Virgins.

John had always imagined someone like Yoko coming into his life. John mentions Yoko in the Beatles’ song ‘Lucy in the Sky with Diamonds’.

“There was also the image of the female who would someday come save me – a ‘girl with kaleidoscope eyes’ who would come out of the sky. It turned out to be Yoko, though I hadn’t met Yoko yet. So maybe it should be Yoko In The Sky With Diamonds.”

John Lennon to David Sheff (All We Are Saying)

Images of Yoko intertwine with those of his beloved mother in ‘Julia’, as John describes Yoko using elements of nature; ocean child (the meaning of her name in Japanese), seashell eyes, windy smile, morning moon, silent cloud… Later, Yoko inspired John’s most famous song with an instruction from her book Grapefruit.

Dig a hole in your garden to

John and Yoko were married in a 10-minute ceremony in Gibraltar, just eight days after Paul McCartney married Linda Eastman. The rites were performed by registrar Cecil Wheeler in his office. The happy couple both wore white. Yoko looked cool in a miniskirt set, Linda Farrow shades and a big floppy white hat. She accessorized with tennis shoes and knee-high socks. (“…from a French designer who was famous for a while in the sixties and then disappeared. We went to Paris, and we just dropped in at his shop” – Yoko,  Vogue, August 2006).

John wore a corduroy Pierre Cardin suit. John drew a wedding ring on Yoko’s finger with a pen, as her ring was being re-sized.

“It was very romantic. It’s all in the song ‘The Ballad of John & Yoko’. If you want to know how it happened, it’s in there. Gibraltar was like a sunny little dream. I couldn’t find a white suit. I had sort of off-white corduroy trousers and a white jacket. Yoko had all white on.” – John

The only guests were assistant Peter Brown and photographer David Nutter who was summoned to Gibraltar but not informed exactly why. (David is the brother of Tommy Nutter, the Savile Row tailor who designed the white suit that John is wearing on the Abbey Road album cover).

(Here is a fabulous new book about Tommy Nutter: House of Nutter: The Rebel Tailor of Savile Row): 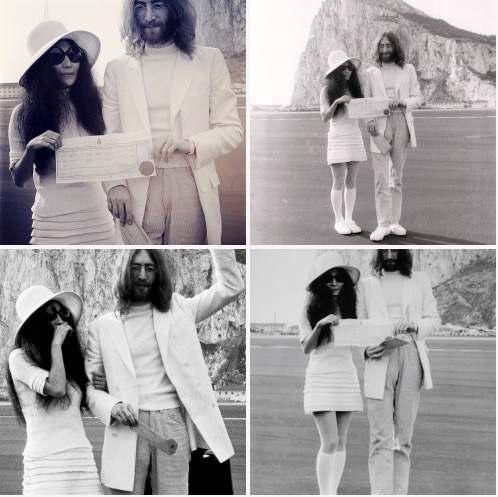 A photographer from Gibraltar, the late John Shephard Sr. was tipped off that John Lennon was spotted in town. He raced over to the registrar’s office and captured some shots of John and Yoko outside just after their marriage, with the Rock of Gibraltar behind them. Shepherd also captured the couple on the steps of the private airplane Pegasus 1 as they departed again for Paris. It is Shephard’s photos that are featured on Gibraltar postage stamps. See an interview with him here:

News of their wedding made the cover of the Gibraltar Chronicle:

Yoko spent much of the time looking down or gazing up at Lennon, “She appeared to worship him” said Mr. Wheeler, “When she said her lines, she took of her large sunglasses and looked at him full in the face…”

Immediately after the photographs were taken at the rock, John and Yoko were whisked away in Registrar employee Charlie Galliano’s Volkswagen Beetle to the runway where they then boarded the private plane back to Paris.

David Nutter’s wedding photo negatives were lost (perhaps stolen) after being loaned to an author of a book on the couple.

The Ballad of John & Yoko’s Burgled Wedding Photos – March 2016:  (Although this article says that some have been recovered, photographer David Nutter says they have not).

John and Yoko’s strange and very public honeymoon took place in the presidential suite of the Amsterdam Hilton hotel. The Lennons invited the world’s media to witness their seven-day ‘Bed-In for Peace’, starting on March 25th, five days after their wedding. They capitalized on their infamy which attracted the media. The couple decided to utilize the valuable publicity to promote world peace. During their second honeymoon (another Bed-In in Montreal) John composed the peace anthem, ‘Give Peace a Chance’.

“You know, the words, ‘All we are saying is give peace a chance’ literally came out of my mouth as a spoken answer to a reporter, after being asked millions of times, ‘What are you doing?” – John

John and Yoko released Wedding Album (Apple Records) on October (US) and November (UK) 1969. Throughout Side One, they repeatedly call each other’s names over the amplified sound of their own heartbeats (recorded in April 1969). Side Two consisted of “Amsterdam”, snippets of dialogue and singing recorded at the Bed In, March 1969. 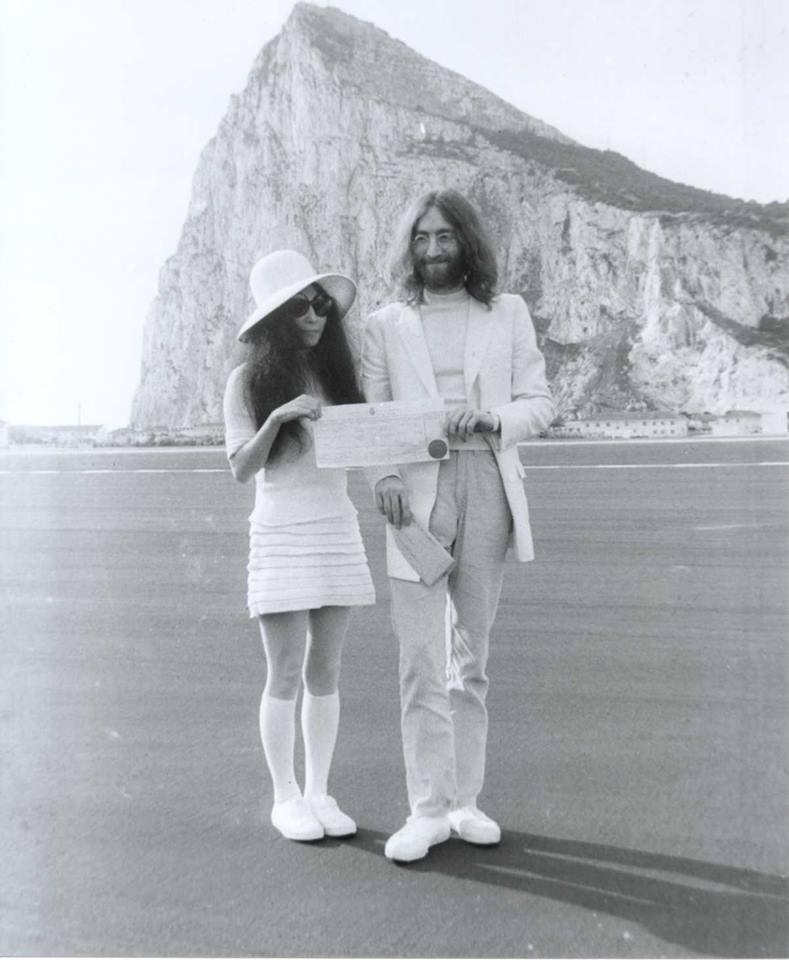 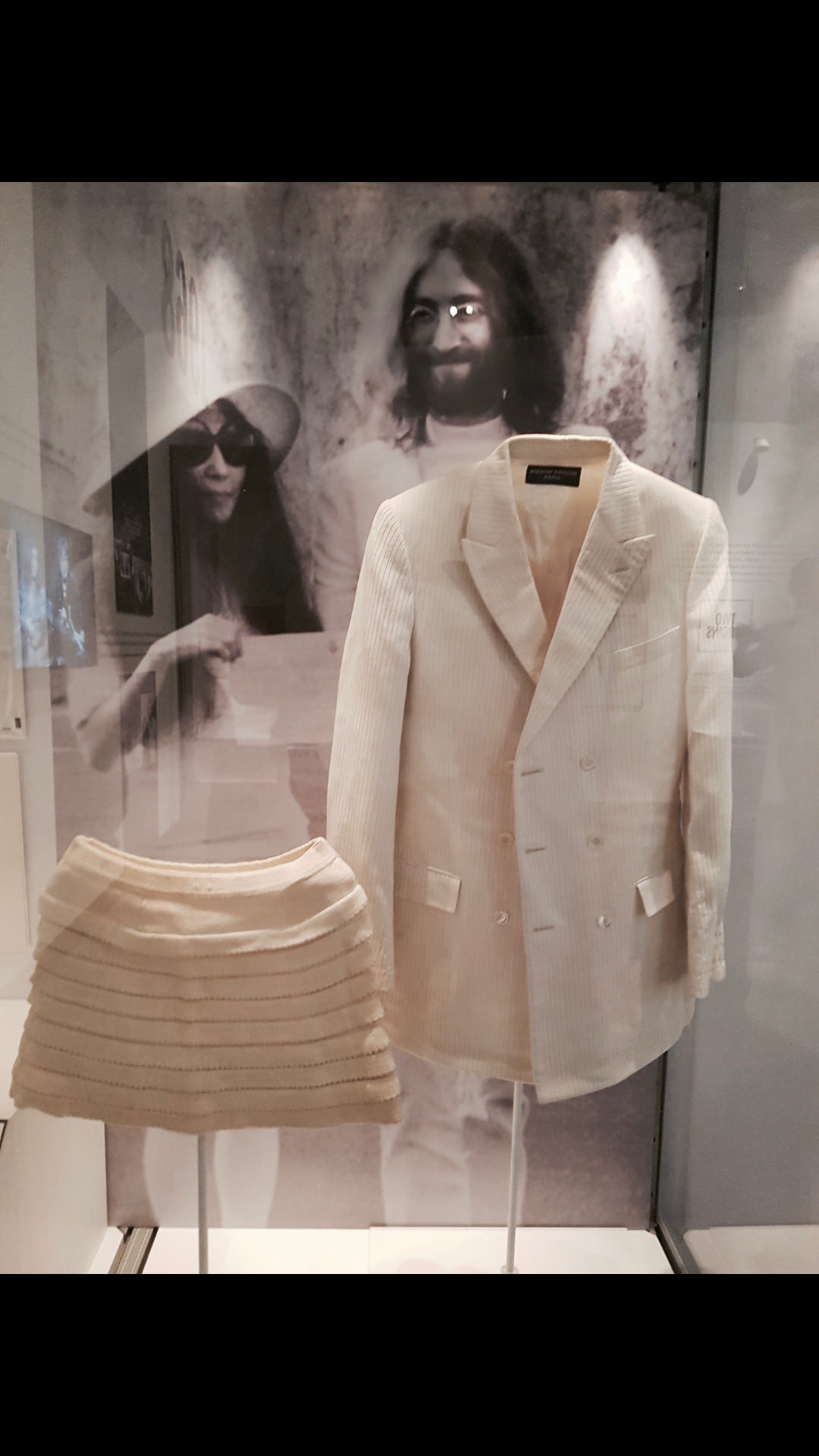 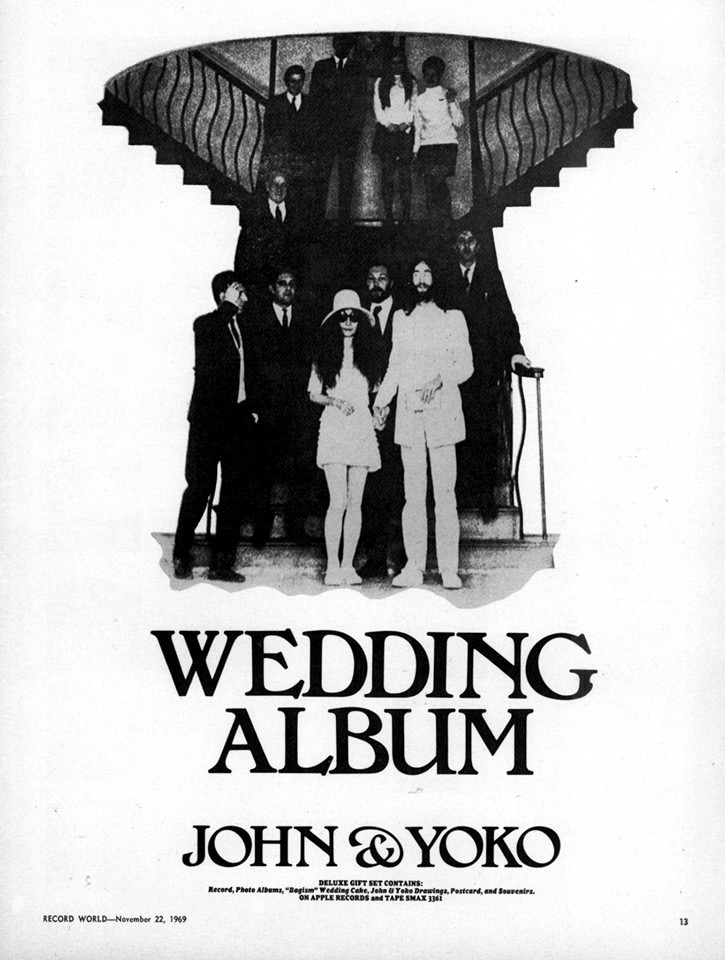 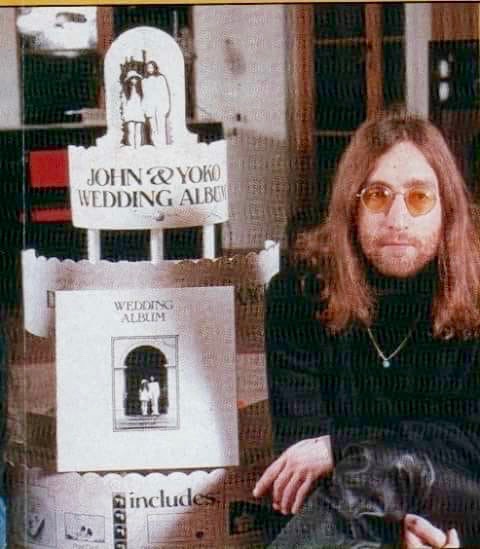 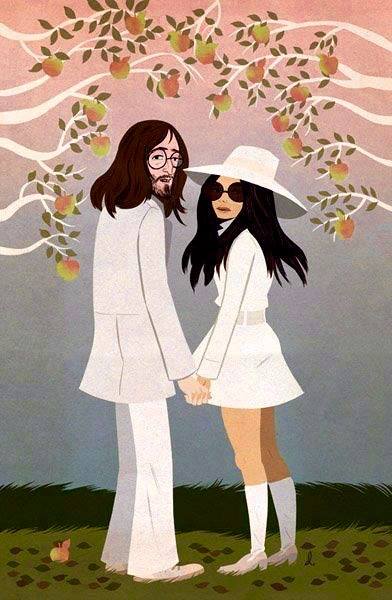