In August 1968 (at age 10) I begged my mom to bring The Beatles’ new “Hey Jude” single home from the store.  I immediately discovered that the b-side “Revolution” was infinitely better and played it repeatedly, and very loudly! In fact, the whole house shook! Mom insisted that the record sounded damaged, but I explained that it was recorded that way on purpose.  She insisted on exchanging it for a new one three times before believing it was supposed to sound that way.

The lyrics to ‘Revolution’ are ironically anti-activism, or at least anti-violence. However, the song is not about being conservative, but rather to change the world by being peaceful and by freeing our minds, rather than perpetuating hatred, going to war, or using political methods.

The Beatles released three versions of ‘Revolution’ in 1968.

‘Revolution 1’ – On this slower bluesy version of the song, John is uncertain whether the revolutionaries could count him ‘out’ or ‘in’. The sessions for this track developed into ‘Revolution 9’.

“The legendary Take 18, a nearly 11-minute jam from the first day of the White Album sessions. The other Beatles were surprised to see someone new at John’s side: Yoko Ono, who became a constant presence in the studio. It begins as the version you know from the record: John’s flubbed guitar intro, engineer Geoff Emerick’s “take two,” John’s “okaaay.” But where the original fades out, this one is just getting started. The groove builds as John keeps chanting “all right, all right,” from a low moan to a high scream. Yoko joins the band to add distorted synth feedback, while Paul clangs on piano. She recites prose poetry, fragments of which that ended up in “Revolution 9”: “It’s like being naked…if you become naked.”

The story of this jam has been told many times, usually presented as a grim scene where Yoko barges in, sowing the seeds of discord—the beginning of the end.

So it’s a surprise to hear how much fun they’re all having. It ends in a fit of laughter—she nervously asks, “That’s too much?” John tells her it sounds great and Paul agrees: “Yeah, it’s wild!”

B-Side of ‘Hey Jude’ (fast version) – John wanted to release ‘Revolution’ as a single, so a fast version in a higher key was recorded after the slower version which appears on the white album. The highly distorted guitar sound was achieved by plugging the guitars directly into the mixing console, overloading the mic amps.  Engineer Geoff Emerick explained that he routed the signal through two microphone preamps while keeping the amount of overload just below the point of overheating the console. This was such a severe abuse of the studio equipment that Emerick thought, “If I was the studio manager and saw this going on, I’d fire myself.”

Adding to the drama, because the A-side ‘Hey Jude’ was twice as long as a normal single, the sound level needed to be lower than normal. This made it necessary for the listener to turn up the volume. When the record was flipped over, ‘Revolution’ blared and distorted even louder!

‘Hey Jude’ was recorded at Trident studios and mixed at Abbey Road (EMI). It was the first song to be recorded on eight-track equipment. ‘Hey Jude’ and ‘Revolution’ were both recorded during The Beatles (white album) sessions. The single was released on the 26th of August.  It topped the charts.

The Rolling Stones released their single ‘Street Fighting Man’ just five days later. The Stones song was inspired by a demonstration in London’s Grosvenor Square, which Jagger had witnessed first-hand. The single was released 48 hours after the infamous Chicago riots in America.

It was rare for Beatles lyrics to contain social commentary. John later regretted using the line about Chairman Mao.

‘Revolution 9’ – The longest and most controversial album track was inspired by Stockhausen’s sound collages and by John’s appreciation of Yoko Ono’s work with John Cage, which liberated Lennon from a conventional beat.

The track evolved from a long ‘Revolution 1’ jam…

“I took the fade-out part, which is what they sometimes do with disco records now, and just layered all this stuff over it.  It has the basic rhythm of the original ‘Revolution’ going on with some twenty loops we put on, things from the archives of EMI. Yoko was there for the whole thing and she made decisions about which loops to use.”

“The statement in ‘Revolution’ was mine. The lyrics stand today. It’s still my feeling about politics. I want to see the plan. That is what I used to say to (revolutionaries) Abbie Hoffman and Jerry Rubin. Count me out if it is for violence. Don’t expect me to be on the barricades unless it is with flowers. For years, on the Beatles’ tours, Brian Epstein had stopped us from saying anything about Vietnam or the war. And he wouldn’t allow questions about it. But on one of the last tours, I said, ‘I’m going to answer about the war. We can’t ignore it.’ I absolutely wanted the Beatles to say something about the war.”

Although he was into avant-garde art and music Paul was away during most of the ‘Revolution 9’ sessions and did not appreciate the results. Of all the unlikely participants, George (who also contributed spoken ad-libs) was an eager one.

“Ringo and I compiled that. We went into the tape library and looked through the entire room and pulled main selections and gave the tapes to John, and he cut them together. The whole thing, ‘Number nine, number nine,’ is because I pulled the box number nine. It was some kind of educational programme. John sat there and decided which bits to cross-fade together, but, if Ringo and I hadn’t gone there in the first place, he wouldn’t have had anything.”

“The ‘number nine…‘ was an engineer’s voice.  They have test tapes to see that the tapes are all right, and the voice was saying: ‘This is number nine megacycles…’  I just liked the way he said, ‘number nine‘ so I made a loop and brought it in whenever I felt like it…It was just so funny, the voice saying, ‘number nine,’ it was like a joke, bringing ‘number nine‘ in it all the time, that’s all it was.  There are many symbolic things about it, but it just happened.”

“In June 1952, I drew four guys playing football and ‘number nine‘ is the number on the guy’s back, and that was pure coincidence.  I was born on 9th October.  I lived at 9 Newcastle Road.  Nine seems to be my number so I’ve stuck with it, and it’s the highest number in the universe, after that you go back to one…It’s just a number that follows me around, but numerologically, apparently I’m a number six or a three or something, but it’s all part of nine.”

The beginning of your musical collaboration with John was The White Album – you can really hear it in songs like Revolution and Everybody’s got something to hide… Do you think the world is ready to acknowledge your positive impact on The Beatles?
No, Never!

I always knew that it was John’s scream at the beginning of ‘Revolution’ but wondered why Paul is doing it in the video. This explains it!!\

(From an article about the making of The Beatles 2009 music video game, Rock Band):“Again the team turned to a promotional film the Beatles themselves made, for “Revolution.” Lennon recorded the propulsive single version of the song in pointed response to the verdict by the rest of the band that his original arrangement was too slow. They filmed the song for British television, which allowed them to use prerecorded music but had rules against lip-synching. In order for Lennon to sing the first verse, he had to let McCartney take over his signature opening scream, and McCartney and Harrison chose to sing the background vocals from ‘the Glenn Miller version’ as it was dismissively called by Abbey Road engineers.”

One correction: the guitar doesn’t sound wacked due to a “fuzzbox” but due to the fact that it was (purposely) overdriven to the point of distortion.

Madeline Bocaro: Well, I think I was pretty cool at age 10 to even know what a fuzzbox was! ‘Overdriven to point of distortion’ was not yet in my vocabulary!

The Beatles vs. The Chipmunks

White On White: The Beatles

© Madeline Bocaro 2018. No part of the materials available through http://www.madelinex.com may be copied, photocopied, reproduced, translated or reduced to any electronic medium or machine-readable form, in whole or in part, without prior written consent Madeline Bocaro. Any other reproduction in any form without the permission of Madeline Bocaro is prohibited. All materials contained on this site are protected by United States copyright law and may not be reproduced, distributed, transmitted, displayed, published or broadcast without the prior written permission of Madeline Bocaro. 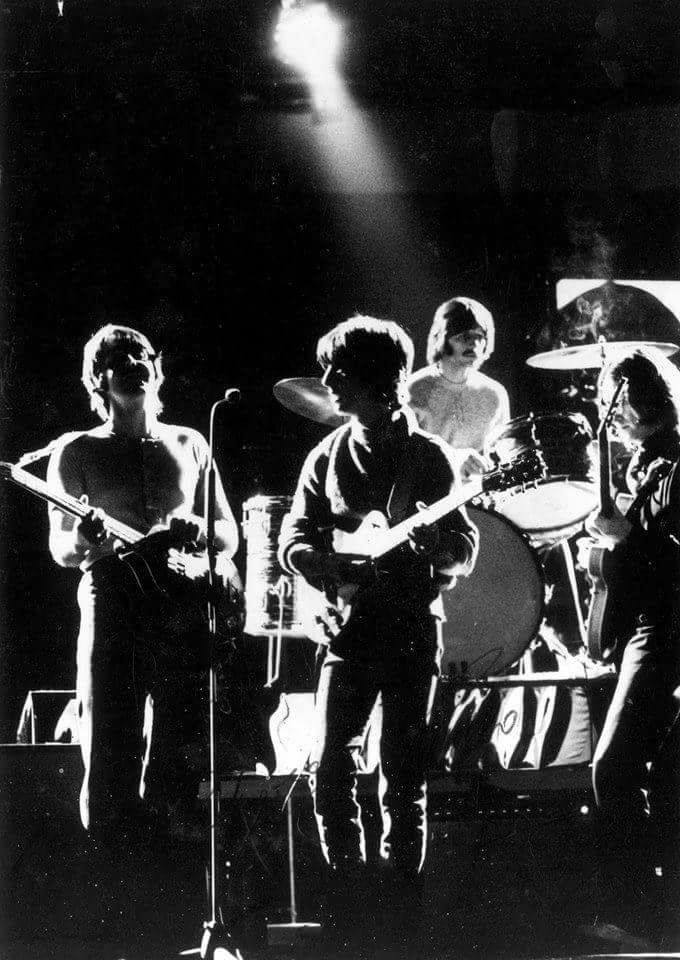 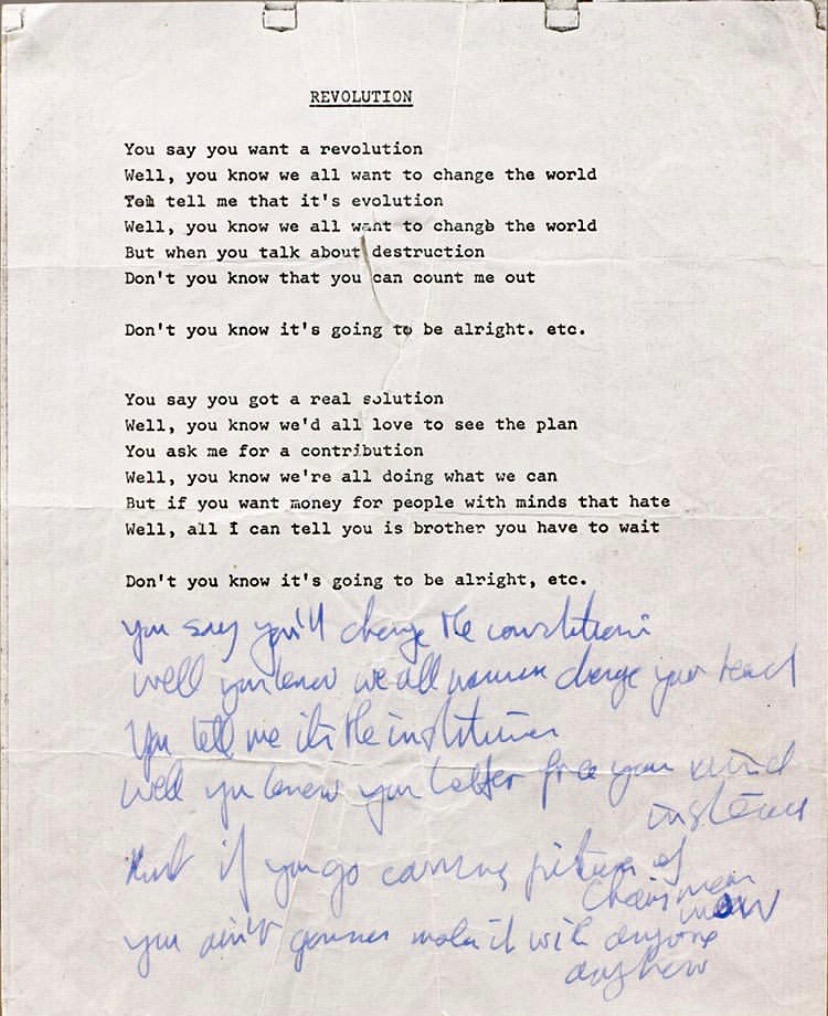 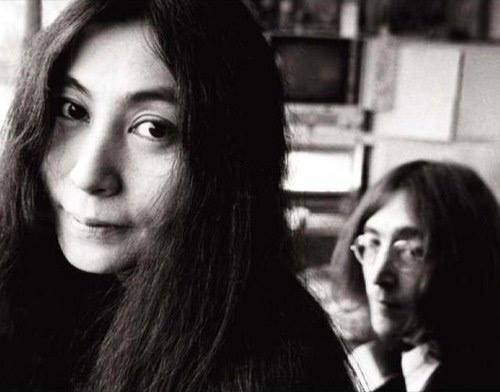 9 thoughts on “The Beatles – Revolutionary!”