Yoko Ono created the artwork for Toshiro Mayuzumi’s 1958 album Nirvana-Symphonia. The music was based on the traditional Japanese sounds made by Buddhist temple bells. The cover image is a monochromatic version of a single cloud in the sky. It is similar to the cloud (and its lower left side positioning) photographed by Iain MacMillan which appears with a sky-blue background on John & Yoko’s 1969 album cover, Live Peace in Toronto. The Mayuzumi cloud also appears as the cover art for a Yoko bootleg album of rare singles and b-sides (Bag 5070) titled This Is Not Here – named after her 1971 art exhibition in Syracuse, New York.

Toshiro Mayuzumi was a colleague of Yoko and her first husband, avant-garde composer Toshi Ichiyanagi.

Born in 1929, Mayuzumi experimented with 12-tone music as early as 1952. He was the first Japanese composer of electronic music and musique concrete in 1955. He also used prepared piano (John Cage’s technique) and avant-garde stylings along with traditional Japanese music technique.  Mayuzumi also scored for film, wrote ballets, operas and symphonies.

“Suddenly in 1959, I turned conservative. I heard the temple bells on New Year’s Eve. They were so touching that I forgot contemporary music and began to study traditional music and aesthetics. I studied Shintoism and Buddhism, not only Zen but all Buddhism. Since I wrote the ‘Nirvana’ symphony in 1959, I have been a tradition-minded composer.”

Mayuzumi was also politically active, opposing the Westernization of Japan and sympathizing with the conservative views of his close friend, the famous author Yukio Mishima.

Mishima had been Yoko’s school-mate at Gakushūin along with Emperor Hirohito’s two sons in 1946 – one of whom, Akihito is the reigning emperor.

In 1950 in Kyoto (once Japan’s capital) a young Buddhist monk set fire to an ancient Zen temple (Temple of the Golden Pavillion). The national treasure was burned to the ground.  The young man was so deeply obsessed by its beauty that he destroyed the temple. This actual event was the inspiration for Yukio Mishima’s 1956 novel Kinkakuji, published in 1959. The book became a German opera, premiering in 1976 in Berlin.

Yoko referred to the story about the burning of Kinkaku-ji many times. It appealed to her, as it was similar to her own conceptual art and ideas; imagining things to exist in your mind. In this case, the beautiful temple is destroyed by the monk so that its beauty can exist indefinitely in his memory.

Toshiro Mayuzumi composed the Kinkaku-ji score. He dedicated the production’s 1995 debut to Mishima at the New York City Opera on the 25th anniversary of Mishima’s death.

Pictures of Kinkaku-ji before and after burning:

At age 45 Mishima staged a military coup and committed ritual suicide by seppuku on Nov. 25, 1970. This was the culmination of his conservative views and a lifelong protest against Japan’s postwar decadence and influence of the West.

Later in his career, Mayuzumi hosted the Japanese TV show Concert Without a Name which ran for 30 years, and produced the documentary, The Birth and Death of Japanese Music in 1968.

Mayuzumi passed away in April 1997. 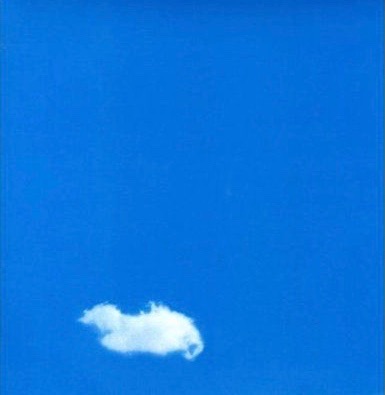 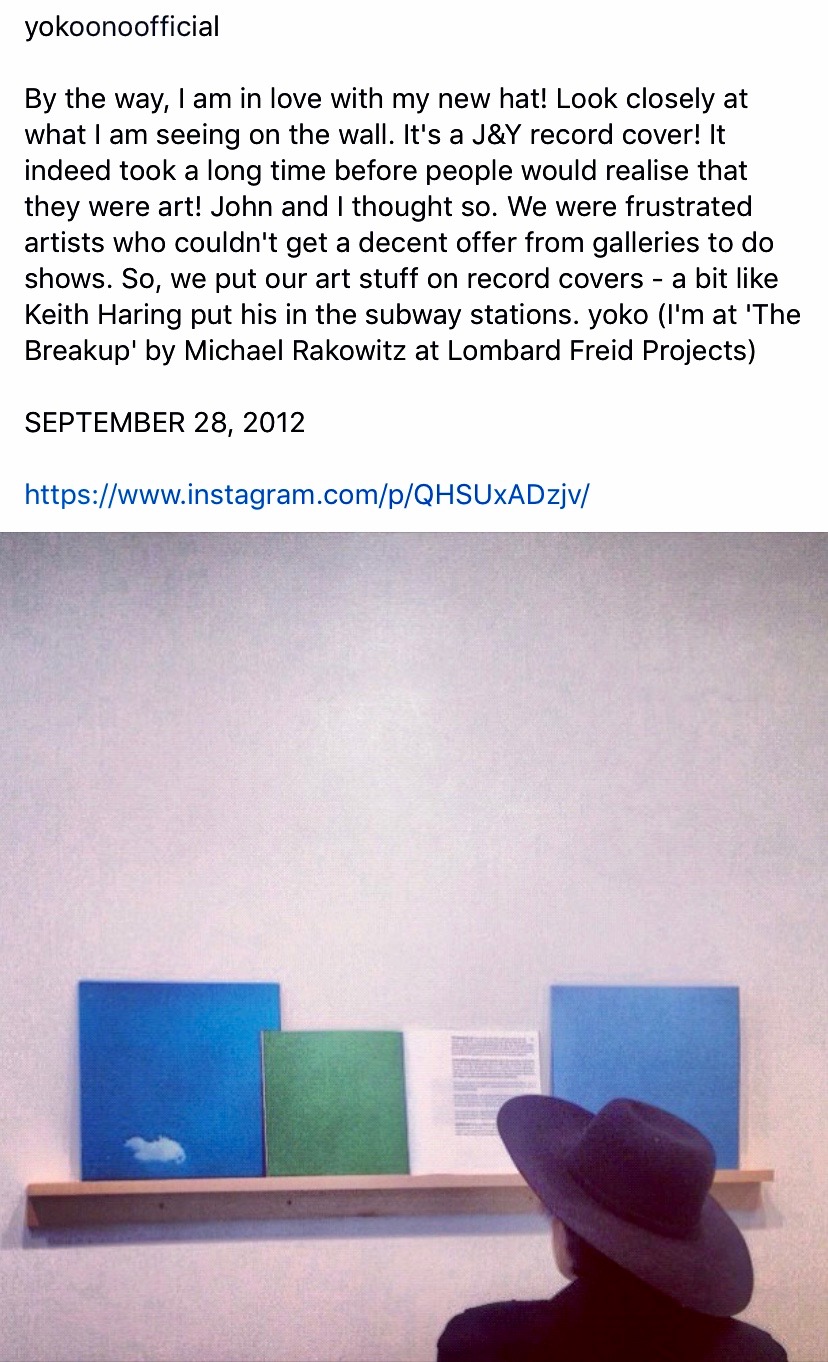 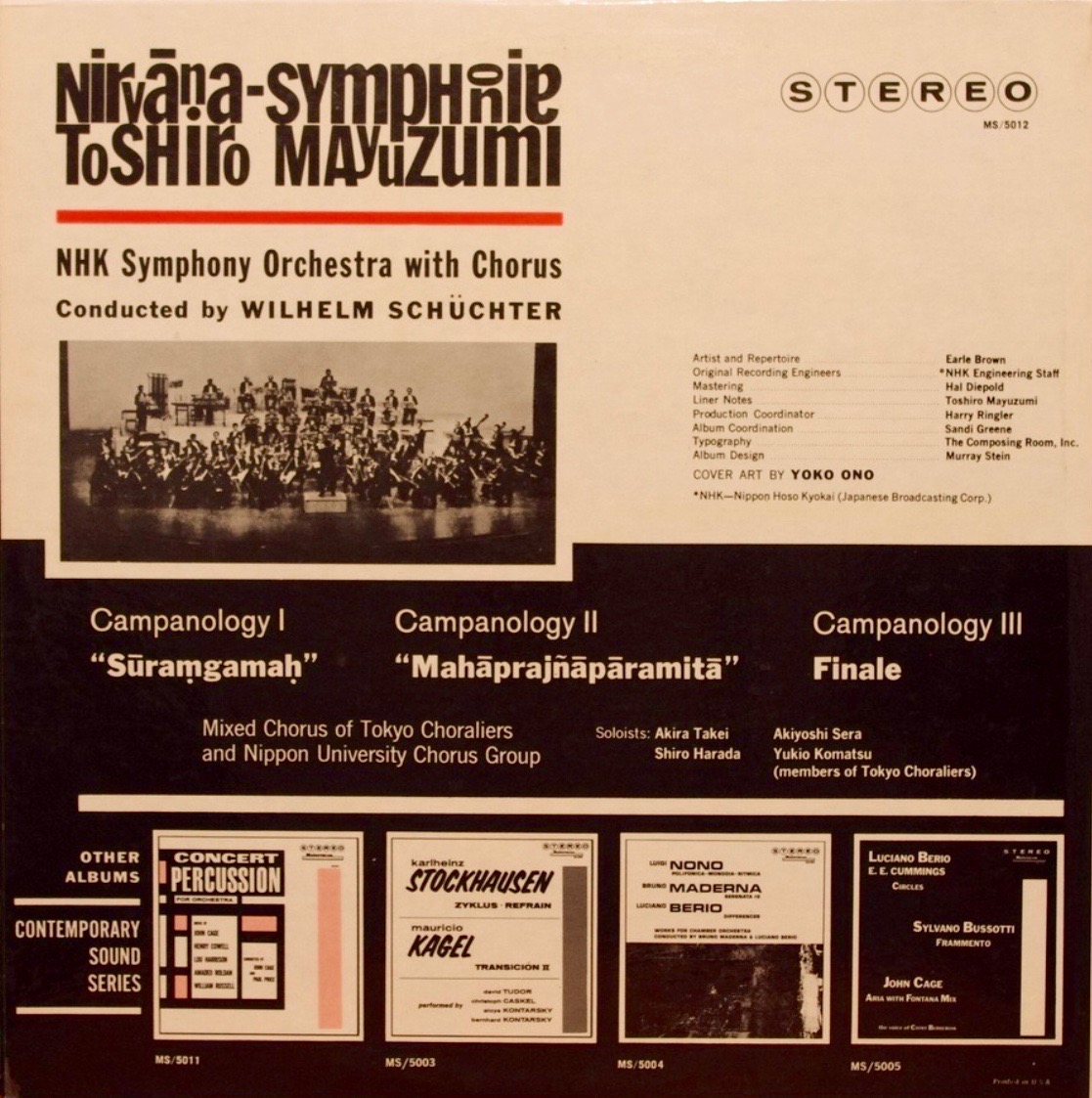 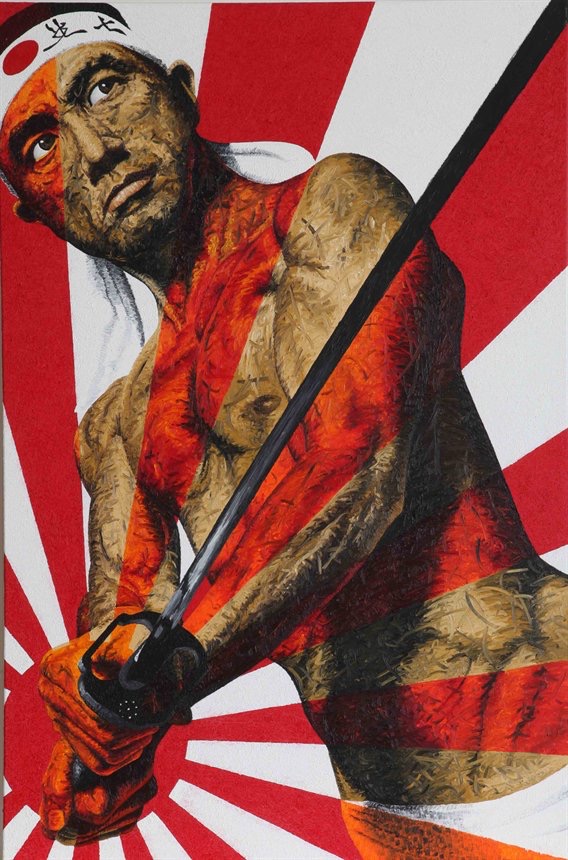 4 thoughts on “Yoko Art: The Cloud”