A few months prior to the release of John and Yoko’s first sound collaboration together (Unfinished Music No. 1: Two Virgins in November 1968), the Beatles released their epic single ‘Hey Jude’ on August 26.  It clocked in at 7 minutes 11 seconds. The band were still in the process of making their classic double album The Beatles (White Album) which also celebrated its 50th anniversary in November 2018.

Paul McCartney was like an uncle to John Lennon’s young son Julian. Paul grew even closer to the boy when his parents split. Although Paul’s original intention for the lengthy ballad ‘Hey Jude’ might have been to write a song for John’s neglected son (the song began as ‘Hey Jules’) he soon switched gears.

“I started with the idea “Hey Jules,” which was Julian, don’t make it bad, take a sad song and make it better. Hey, try and deal with this terrible thing. I knew it was not going to be easy for him. I always feel sorry for kids in divorces.”

“I always heard it as a song to me, if you think about it. Yoko’s just come into the picture. He’s saying, ‘Hey, Jude, hey, John.’ I mean, so I’m sounding like one of those fans that’s writing things into it… so subconsciously I take it that he was saying, ‘Go ahead.’ On a conscious level, he didn’t want me to go ahead. Subconsciously he—he, the angel in him was saying, ‘bless you.’ The devil in him didn’t like it at all because he didn’t want to lose his partner.”

Despite all odds and thoughts about Paul’s negativity regarding John’s new love Yoko Ono, in the lyrics of ‘Hey Jude’ he selflessly reassures his best friend to pursue a relationship with her.  John knew that Paul’s lyrics were speaking to him.

This is unmistakable in the lines:

“You have found her, now go and get her…

You’re waiting for someone to perform with…

Remember to let her into your heart / under your skin

Then you can start / begin to make it better

It is especially obvious in the line, “So let it out and let it in” which quite possibly refers to Yoko’s first instruction to John – she handed him a handwritten card upon their first meeting which read, ‘Breathe’.

“This was a trait I had when I was a little girl, too, when my mother asked me what I was doing all by myself, and I would say: I’m breathing, and I was really counting my breathings, and thinking: ‘My God, if I don’t count them, would I not breathe?’ That later became my Breathing Piece.

During the live performance of ‘Hey Jude’ on the David Frost show, Paul looks directly at John while singing, ‘remember to let her into your heart / then you can start to make it better’. When he catches Paul’s eye, John (in his usual way) covers up the sensitivity of the moment by goofing around. ‘Hey Jude’ is Paul’s most generous and selfless song – sending his best friend off into the arms of the woman he loves. John and Yoko were married six months later.

After their initial meeting in November 1966, it took almost two years before John and Yoko could be together. (They were both previously married, Yoko’s art/performance work required travel. The Beatles visited India). Their relationship thrived intellectually, gradually building into a love affair. John and Yoko finally dissolved their respective marriages and wed on March 20, 1969, just eight days after Paul McCartney married Linda Eastman.

“When Lennon mentioned that he thought the song was about him and Ono, McCartney denied it and told Lennon he had written the song about himself.”

But that’s the nature of Paul! 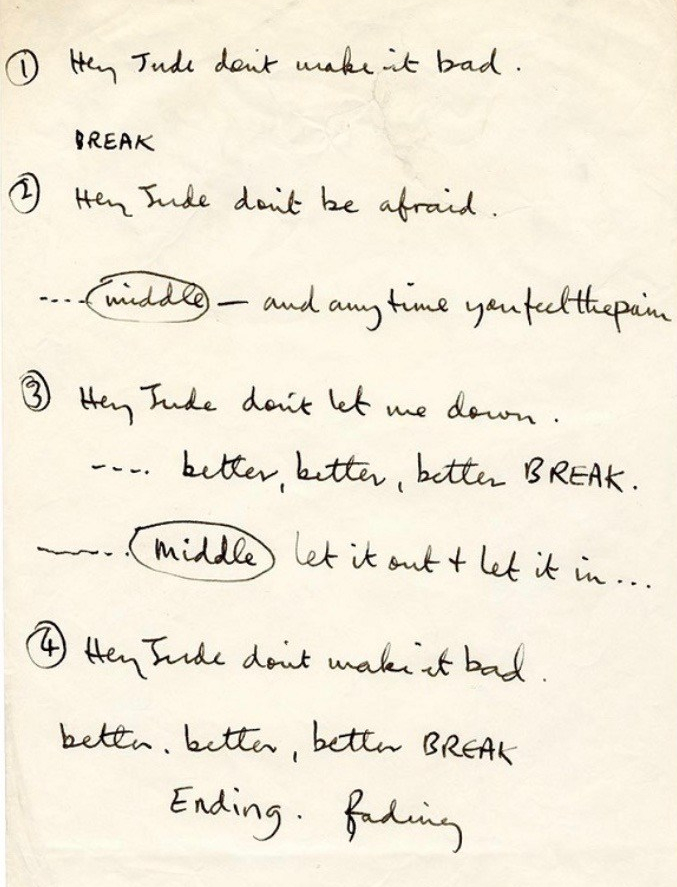 There was a debate with producer George Martin about the long length of the song, as it might not have gotten radio play. John defended Paul, by saying, “It will if it’s us!”

The 7:11 length of the single adds up to 9, John and Yoko’s lucky number. ‘Hey Jude’ spent nine weeks in the Billboard chart’s No. 1 position. Despite the song’s epic length, it was always played on the radio in its entirety.

The same Bechstein piano which Paul plays on ‘Hey Jude’ was also used on many other classic songs. It was prominently featured on Bowie’s ‘Life on Mars?,’, Changes,’  ‘Oh You Pretty Things,’ ‘Suffragette City,’ ‘Lady Stardust,’ ‘Aladdin Sane,’ and ‘Let’s Spend the Night Together.’ It also shines on Lou Reed’s ‘Perfect Day’, Carly Simon’s ‘You’re So Vain,’ Elton John’s ‘Your Song’ and Queen’s ‘ Bohemian Rhapsody’. 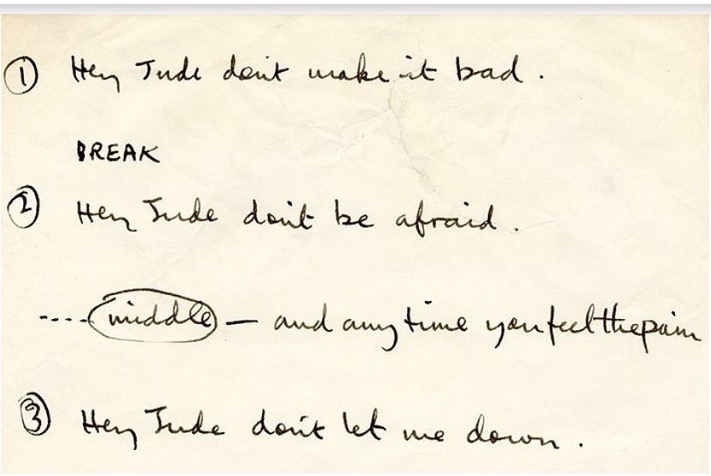 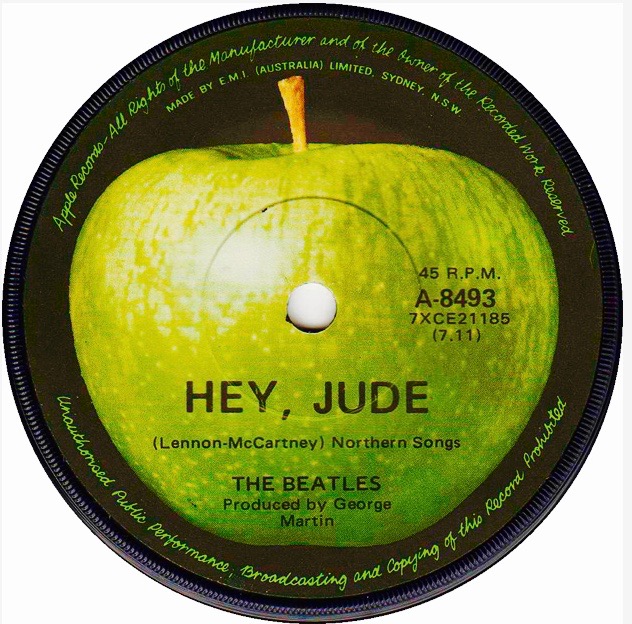 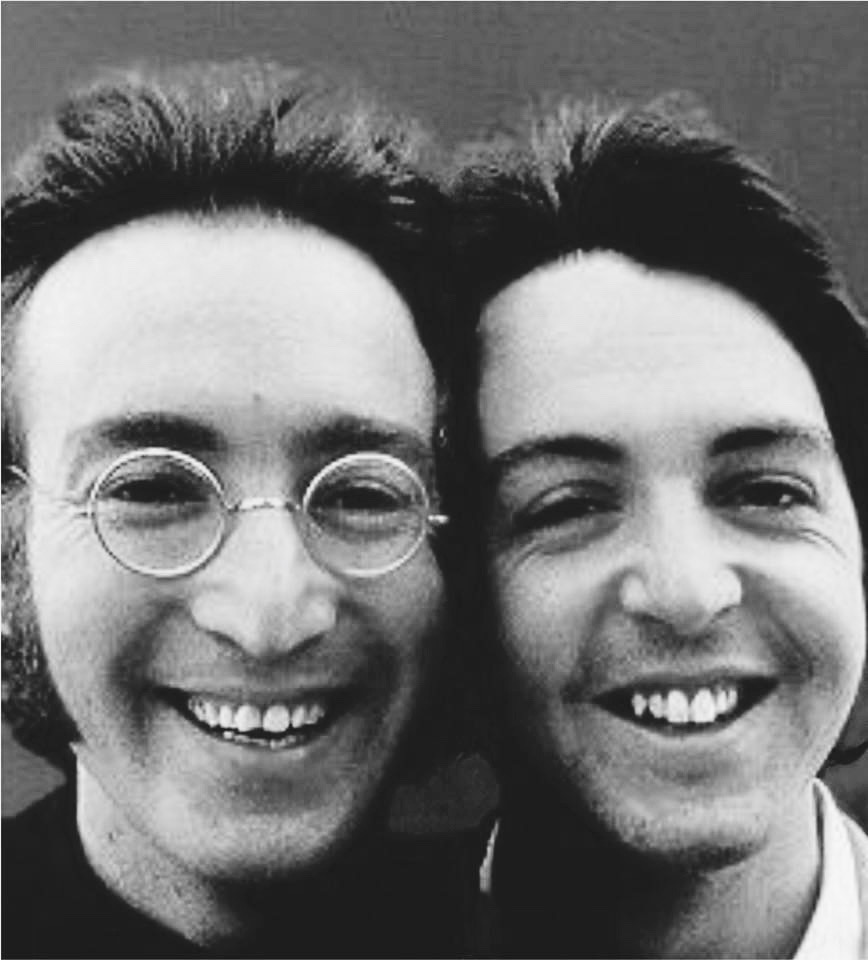 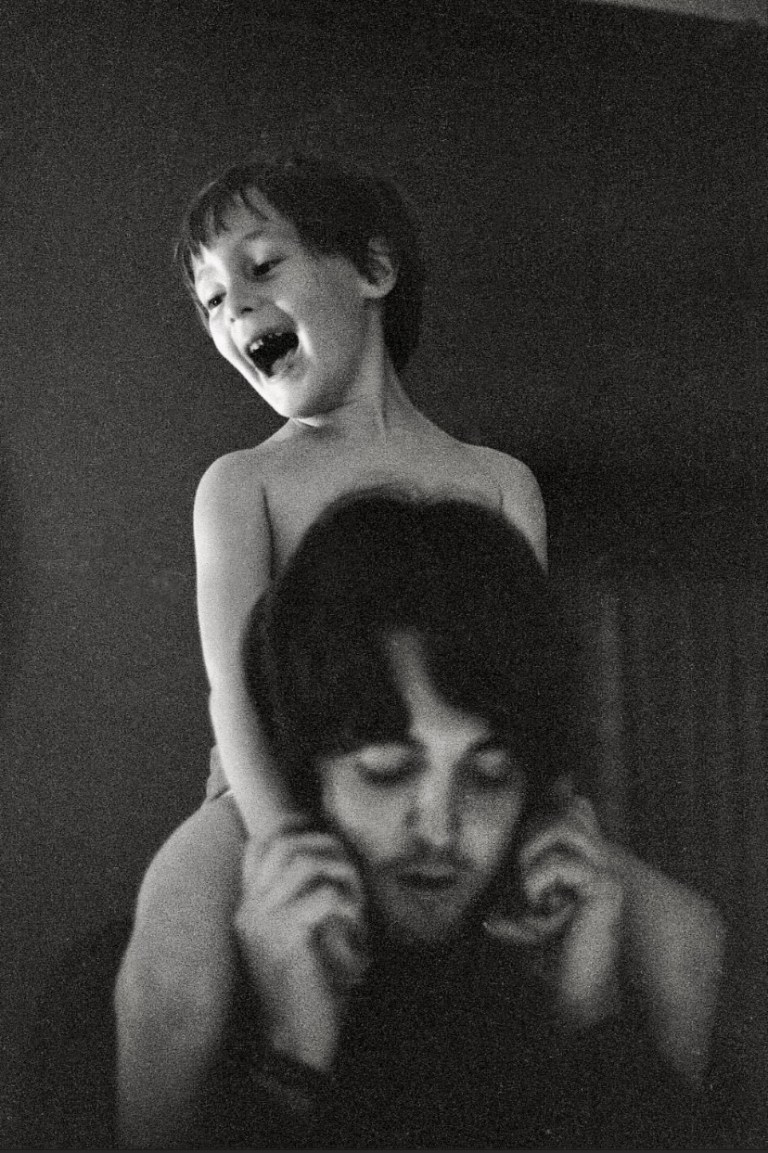 ‘When Two Clouds Meet’ – The Prelude