Story of the Stone/ To Reach the Light

(See more photos at the end of this story)

Story of the Stone

This work by Xie Rong is inspired by three of Yoko Ono’s works; Three Mounds, Riverbed and Rising (lyrics).

Rong noticed something beautiful in Yoko’s Three Mounds at Leipzig:

“One detail I found very interesting was there are little grass growing from the three mounds, so fragile but a sign of life and hope! So I want to create a performance that allow audience to interacted with my mounds, change it, reshape it, remove it!”

In my performance, The Story of the Stone. I invited the audience to write a word on a stone and give it to me, I then added them around my body, different layers of meaning that describes my role as a woman, words that combined with audience’s own emotions. This action also added weight to my body. The performance continues until I am completely covered

The story of the Stone is from a very inspirational Chinese novel:

The participatory show is in 3 stages. Visitors are invited to hold stones with words such as ‘dream’, ‘wish’ and ‘remember’ written on them by Yoko and encouraged to draw lines in notebooks to take us ‘ to the farthest places’ on Earth. We also mend broken teacups and saucers with tape, string, and glue. 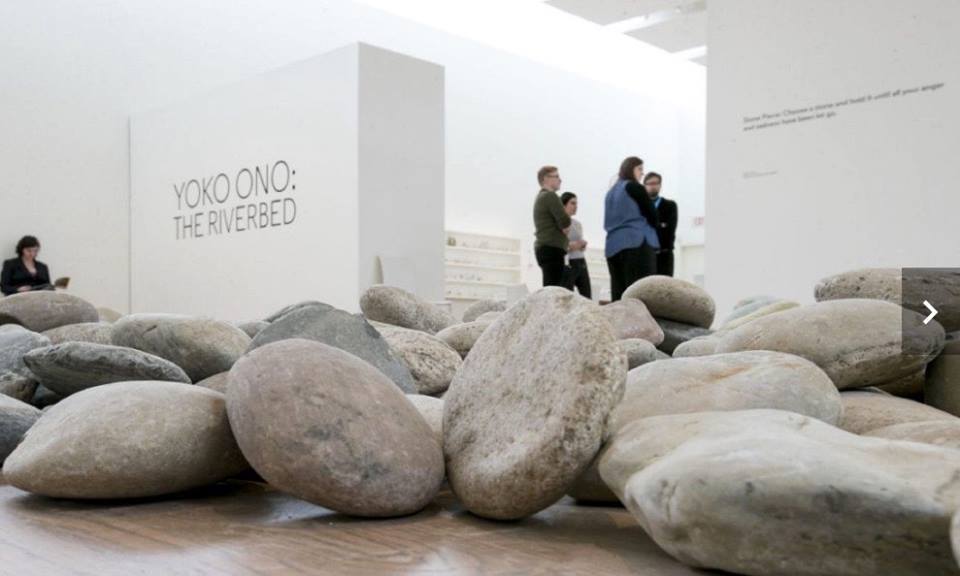 “It’s important that everyone has a voice in the work. Once they get engaged with The Riverbed, they will forget about the terrible conflicts. Though they may come up with a solution while engaging with the work, something hopefully all of us will be happy with… As we mend this piece many important things will be mended as well. I first made this work in 1966, but it’s even more appropriate now. Riverbed is what we have on earth. And by mending things I want their minds to fly high, from the riverbed.
You can cross the riverbed and die, or mend the works and live. Also, people can fly from the riverbed to wherever they wish to go.”

Xie Rong also performed her piece ‘To Reach the Light’, inspired by Yoko’s works; To See the Sky, word paintings, Morning Beams and Parts of a Light House in the main hall of MdbK Leipzig. 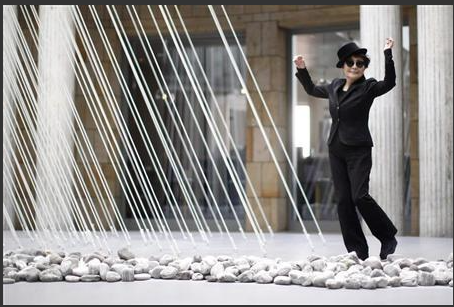 Xie Rong: “I wish to create a piece to bring illumination and sound into the darkness. To connect all the rooms into the main hall, create movement of audiences. From 9:30 Andreas played music create tension and atmosphere. 10pm, Me, in a mirror suit, walking into the main hall. I stood inside a rope light, silent, I will sing “Olive Tree” then I walk off to collect all the ropes, I shout out to each floor and balcony, drag ropes between people. Creating spider web collection between the three museum floors and four exhibition rooms.

After I collected all 12 ropes I attached them to the centre installation. Andreas play instrument according to my movement. Finally I switch on all lights! And sing “Those Little Flowers”. I walk off, music echoes. This piece is extension from my performance, Spider Witch and Balls of Steel, Warrior.

About her shimmering mirrored samurai-styled suit, Xie Rong told me:

“I wanted to have other world presence, a shining warrior! It’s a development from my Balls of Steel performance and Singing Mermaid.” http://echomorgan.com/#/mermaid/

“Voice and sound is very important to this piece! it’s very site-specific also. The main hall has many doors, stairs and balconies to other floors and space. They expected 4,000 visitors on the museum night, ended up to 6,000 people! Many of whom never go to museum apart from this once a year opportunity, so I wanted to create something that’s very eye catching, shining like a light house! My imagery can be easily related to fashion, makeup, pop culture, club, street art, science fiction, movies … so it’s very inclusive! People might not understand the Chinese song but singing always takes people to elsewhere! a foreign land! Mirrored suit has great refection that projects lights back on to the audience so the experience is shared!”

Yoko Ono: “The Light House is a phantom house that is built by sheer light. You set up prisms and at a certain time of day, under a certain evening light which goes through the prisms, the light house appears in the middle of the field like an image, except that, with this image, you can actually go inside if you wanted to. The light house may not emerge every day, just as the sun doesn’t shine every day.”

– (Some notes on the Lisson Gallery Show y.o. October ’67 London)

“A house constructed of light from prisms, which exist in accordance with the changes of the day.”

Upon their first night together, John Lennon inquired about getting one.

Yoko: “He wanted to build that in his garden. I said, ’It’s very sweet… but it’s conceptual’.”

(Yoko’s light house has since become a reality with Imagine Peace Tower in Iceland) http://imaginepeacetower.com

Rong’s childhood experiences infuse her work, just as Yoko’s did. I think this quote sums up both artists’ integrity and intensity:

“The artist must be intoxicated by ritual as well as the result.”

Thanks to the artist for talking with me and for providing all the photos © Jamie Baker (@jamiebakerphotography).

Read about her live performance of Yoko Ono’s Painting Until It Becomes Marble:

Don’t ask me where Im coming from
My hometown is far far away
Why do I wander so far?
Wandering in the distant land?
For the little birds that soar through the sky
For the creeks that rush between the mountains
For the endless grasslands
Wandering afar, wandering
Also, also
For that olive tree in my dreams, that olive tree

My nick name was “丑丑/ Shou Shou” meaning ‘ugly ugly’. I was very thin with soft yellow hair. Everyone used to say the reason I am so ugly is because I am a premature baby and my mum was too ill to give me enough vitamin which makes my mum cry when she heard it. I spend most time with my grandma when my mum was working. Grandma’s foot was injured from the feet binding so she couldn’t run, she bought me a little red ball and that was the most precious thing in my childhood.

My birth name is Xie Rong. A family name from my granny Xie and a given name of my mum; both of whom eventually divorced. I felt, I carry two single mothers on my shoulders. I am Rong ‘蓉’the confederate rose, I grew up in tears. In 2000 I begin to use the name ‘Echo’ to write articles for newspaper.

“Don’t ask where I come from, my home is far, far away. Why do I wander so far? Wander so far, because of the olive tree in my dream.” That was: The Olive Tree, written by Chinese author San Mao, recorded in an album called ECHO 1979. San Mao’s English name is Echo and she went to 54 countries in search of her own home. In 1976 she published her first work, the fictionalised- autobiographical The Stories of the Sahara (撒哈拉的故事). Her writings continued to be published from that point on, and her experiences in the Sahara and the Canary Islands were published in several more books. In 1991, at the age of 48, San Mao died in a hospital in Taipei, having hanged herself with a pair of silk stockings.

I didn’t name myself Echo because of her, but I share the “home is elsewhere” believe with San Mao. I took “Echo” from the Greek mythology. The nymph who loves telling stories but her voice being taken away by Hera; The nymph who can only repeat others voice. The nymph who died of broken heart.

Story of the Stone

To Reach the Light – The Performance: 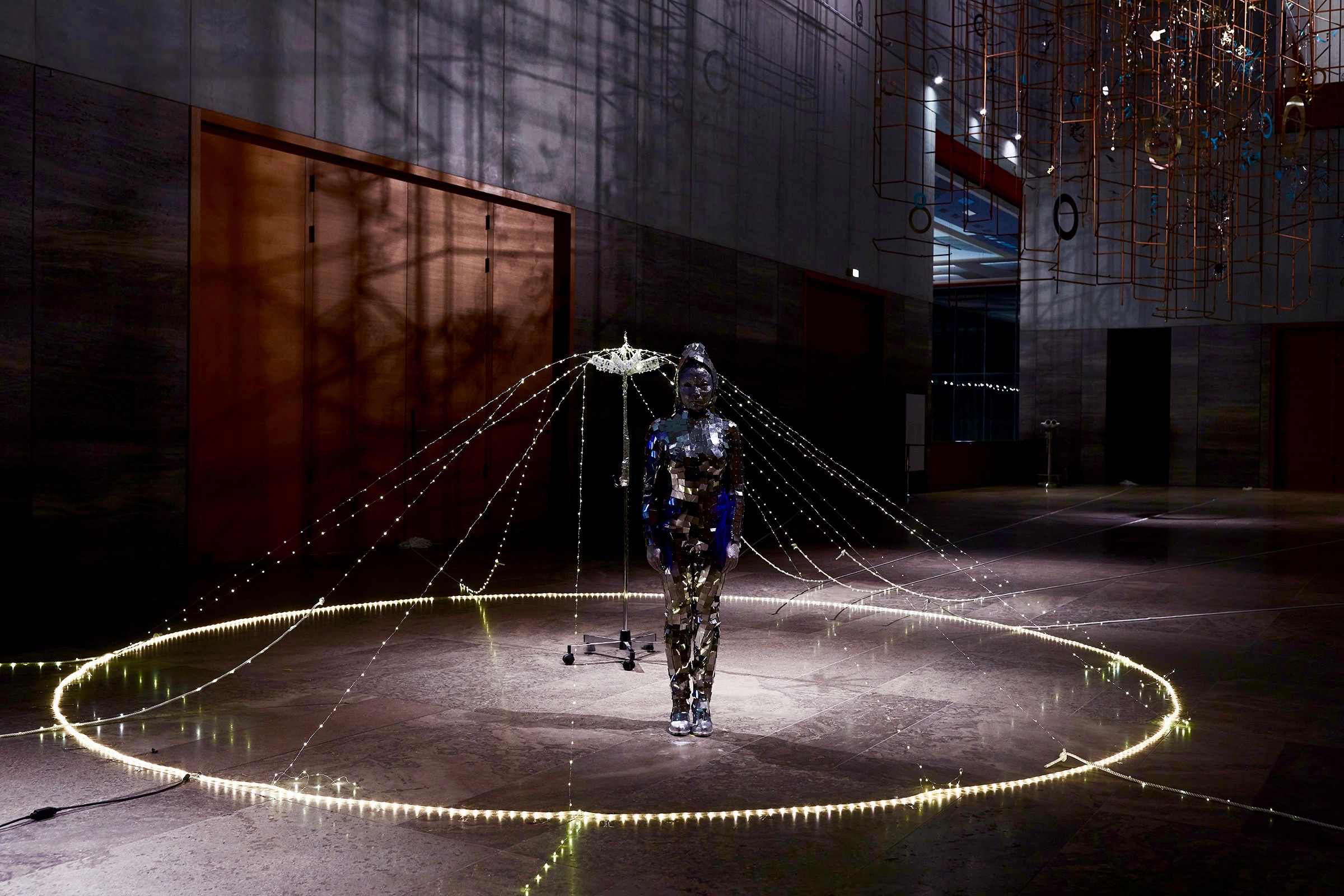 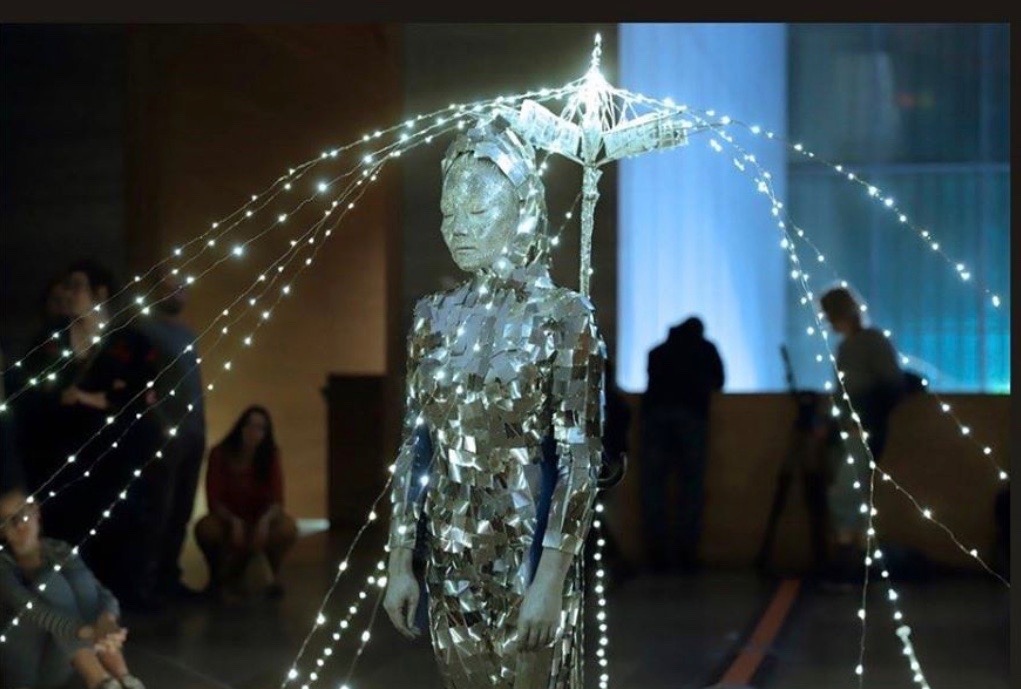 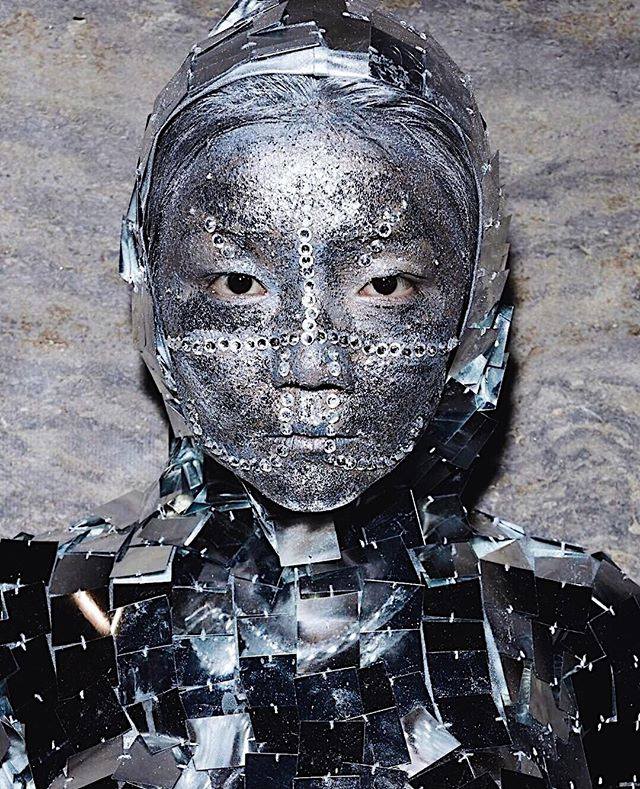